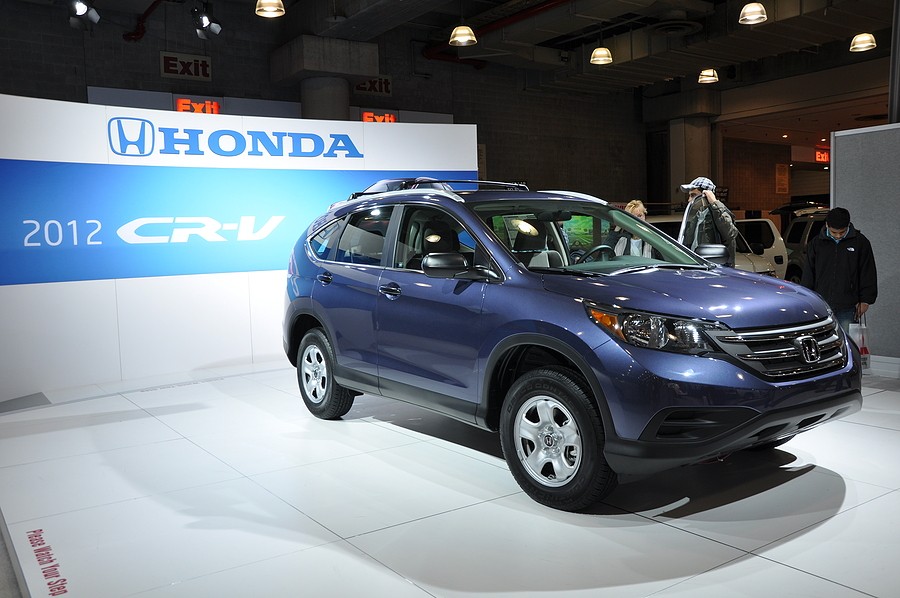 The Honda CR-V is the automaker’s version of a compact crossover SUV and is manufactured by Japanese automaker Honda. Since arriving on the market in 1995, it came to North America back in 1997.  While the CR-V uses the Honda Civic platform with an SUV body design, it stands for “Comfortable Runabout Vehicle with the term “Compact Recreational Vehicle” that was used in a British article.

According to CarAndDriver.com, the 2020 Honda CR-V: “It's not hard to see why the 2020 Honda CR-V is one of the brand's top-selling products: It's refined, practical, and well-designed. Aside from offering one of the largest cargo bays in its segment, the CR-V also offers two fuel-efficient powertrains—including a hybrid…” But the popular model has a history of issues that we will examine in this post.

What problems do Honda CR V have?

Gas going into the oil

The Honda brand is known for durability, function and style. But the popular brand has its share of issues. In an article posted to the ConsumerReports.org website, the car is known to have gas leaking into the oil. But the website cited that Honda had taken steps to remedy the problem: “Now, after owner complaints dating back to early 2017 and after repeated questions from Consumer Reports, Honda said in a statement that it is working on a fix. “Honda has been investigating the situation and developing a remedy, which we hope to make available through authorized Honda dealers by mid-November 2018,” company spokesman Chris Martin said. The repair will be covered by the warranty, Martin said, and will also be applied to 2019 model-year CR-Vs before the 2019s go on sale.”

Is Oil Dilution Still an Issue for Honda CR-V?

According to the Car Confections channel on YouTube, the host discusses this issue with the 1.5 liter Earth Dreams Honda, Turbo Vision, found in a late model CR-V, specifically the 2017 model. The host also added that they reached out to a Honda spokesperson and stated that the repair for this issue involved “new software, an oil change and replacement of the A/C control unit.” Additionally, these fixes- according to the Car Confections channel- has been applied to the 2019 as well as 2020 CR-V models. These fixes help the engine to warm up faster and increase combustion. Honda also stated that they extended the powertrain warranty to six years, unlimited mileage, 2016-2018 models. You can learn more by clicking here!

Another issue that the Honda CR-V has had, is unintended acceleration during a driver’s braking. In fact, on CarComplaints.com, there are a number of CR V owners who cited this problem. One complaint reads: “Driver was driving in a shopping mall parking lot and pulling into a parking space. As driver was pressing on the brake pedal, driver noticed a burning odor and felt the car start to accelerate. The car continued to accelerate and jumped a curb, proceeded to move across a driving lane, and was headed toward the side of a building. The driver kept foot on the brake and steered the car into the path of a tree in front of the building to avoid hitting the building. The car struck the tree and came to a stop. Still waiting for insurance company to get estimate and have the car repaired. Really don't want to drive the car anymore.”

Another CR-V owner adds: “I was fully stopped at an intersection. With my foot on the brake, the engine accelerated, the car bucked. At this point I jammed my foot harder on the brake to keep from entering the intersection.”

Another owner was able to avoid hitting a home due to unintended acceleration: “I was stopped at a stoplight and just as I took my foot of the brake pedal to make a left hand turn my car shot forward like a rocket uncontrollably and I was doing 20 miles an hour if not more without my foot on the gas in less than 25 feet.

Rather than crash into the house ahead of me I made a sharp left turn and thought I was going to flip my CRV. However, it just kept going and crashed through the side vinyl fence. I had my foot on the brake and the car was not stopping. I wound up on top of tall bushes in the next yard over and that finally brought me to a stop, however the two front airbags went off and I thought I broke my right hand and had to be transported to the hospital. Thank god it was just a sprain.”

Many Honda CR V owners have cited problems with the A/C no longer running. CarComplaints.com cites the difficulties one owner of a 2002 CR V had: “bought a used 2002 Honda CR-V with 154,000 miles in 2017. The service records showed a $900 repair on the AC system, so I bought it knowing that this model suffered from a weak AC system. A year down when I used my CR-V with the AC the economy fell to 15-16 mpg. Given mine is a stick shift, this was terrible. I continued to use it when the AC died with the clutch making a big noise. The AC would engage but will not give any cold air.

I first replaced the clutch; then the fuse kept blowing every time I turned the AC on. Then it came down to replacing the compressor. That took a lot of money as I had to give it to a mechanic. Finally, after spending $400 on labor and $250 on the compressor, it failed again. This time we checked the filter in the condenser, which showed the real reason for the failure. The dirty filter was filled with metal filings. The complete AC system is contaminated with small metal filings. The only solution for this issue is to replace the entire AC system which will cost a fortune. The AC works now but it is only a matter of time that the AC system will fail again.”

Another owner adds: “Entire a/c system blown again. Happened about 228,000 miles. Will cost $1300 to repair. Last entire system replaced only about 2 years ago and about 28,000 miles. From what I've read on this site, this is a very common problem. Do I want to replace an entire a/c system every two years during the hottest days of summer?”

Another common issue with Honda CR-Vs seems to be the a/c compressor blowing out. One owner stated: “Add our vehicle to the growing list of 03 Honda CRV's that had the air compressor blow up! There was a recall on 2005-2007 models for this problem, but with all the 03 owners that appear to be having the same problem, why isn't there also a recall to cover the 03 models? I'm out $1800 because of this, which seems to be a very frequent problem with CRV's! NOT HAPPY ABOUT THIS, HONDA!!!!!”

According to the Nalley Honda website, you can count on your CR-V battery lasting a good while: “Your 2020 Honda CRV battery will constantly last between 3 to 5 years, but that can vary heavily depending on battery size, weather conditions type of battery, and driving habits. Even still, just because your battery isn't completely dead, doesn't represent it's operating at optimal levels. For that reason, it is decisive to have your battery inspected every time you visit a service center.”

With any CR-V you own- or Honda vehicle, it’s important to have issues checked early, so that they don’t’ become major headaches.

Does Honda CRV have transmission problems?

Back in 2002, Honda issued a recall. This involved over 237,000 CR-V models, with automatic transmissions that were manufactured between 2002 and 2003. According to the recall, specific automatic transmissions may have shift cable linkage corrosion. The corroded shift cable linkage may keep CR-V drivers from shifting their vehicles into park mode.

What year is the best Honda CR V?

Even though Honda has late—model as well as 2020 CR-V models, it seems that the best of the CR-V models can be found in older CR-Vs. With the older versions being seen as more reliable than the newer ones, a vast number of 2006 as well as 2005 models offered drivers good and stable fuel economy, streamlined and smooth engine performance, durability and reliability. Other owners cited that the handling of these models was good too.  They also found that leg room and cargo space were decent for a vehicle in the class of crossover SUVs.

Is the Honda CRV a reliable car?

According to RepairPal.com, the Honda CR-V’s rating,“… is 4.5 out of 5.0, which ranks it 2nd out of 26 for compact SUVs. The average annual repair cost is $407 which means it has excellent ownership costs. The severity of repairs is low, and these issues are less frequent than average, so the CR-V is one of the more reliable vehicles on the road.”  The site also adds: “The average total annual cost for repairs and maintenance on a Honda CR-V is $407, compared to an average of $521 for compact SUVs and $652 for all vehicle models.

How many miles does Honda CRV last?

Some Honda CR-V owners report that their vehicles have lasted well over 200,000 miles. One owner states: “If given regular maintenance to your vehicle you can expect your Honda CR-V to last up to 250,000 miles.”

Looking to sell a Honda CR-V?

Tired of your CR-V or you simply don’t drive it anymore? You can sell that CR-V to Cash Cars Buyer! While we buy all makes and models, we can take that old CRV off of your hands, fast!

Just click here to obtain an instant offer and say “see ya” to that CR-V, quickly! We also offer same day pickup, FREE CR-V removal and more! So, click here to see what your CRV is worth, and let us help you turn that CR-V into sensational cash, FAST!