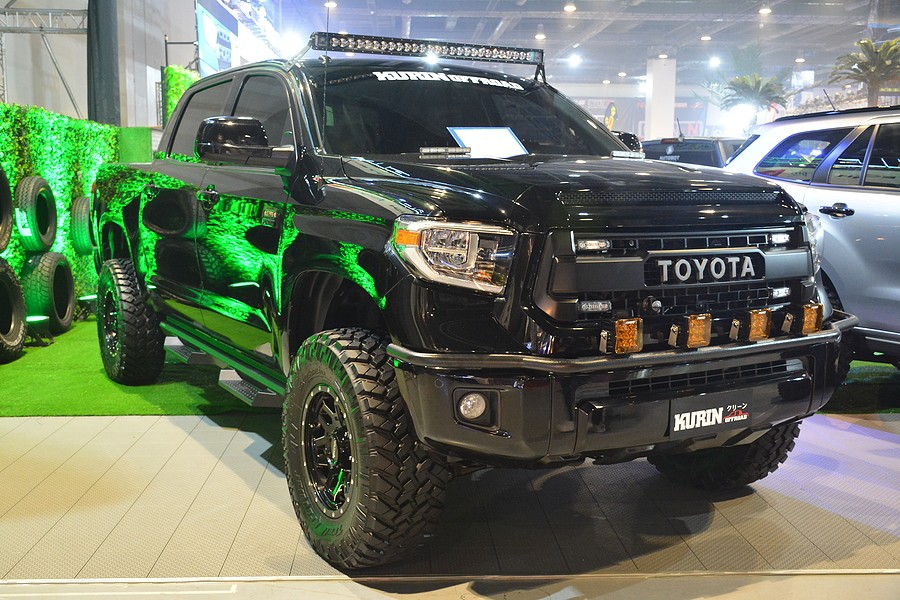 The Toyota Tundra is a pickup truck manufactured by Toyota since 1999, America’s first North American full-size pickup that was built by a Japanese manufacturer. The Tundra was nominated for Truck of the Year in 2000, but has some serious Tundra problems that have plagued more recent years.

With the first generation being produced from 2000-2006, the second generation from 2007-present, the car has had many model years that have been successful in the modern market. The Tundra comes in either a 2-door regular cab or a 4-door double cab, with the layout being either a front-engine rear-wheel drive or front-engine four-wheel drive.

The 2002 Tundra had a few main areas of concern for both users and the NHTSA – the body and paint category for the users, and the brakes category for the NHTSA. The main user issues regarding the body and paint focused on the rotted frame, the body rusting, paint flaking off of the bumper, and the severe rust issues. To fix the frame, the average mileage of this repair needed to occur at around 140,000 miles.

For the following model year in 2003, there were very few user complaints, and the NHTSA issues focused on the body and paint category. The main complaints dealt with the structure and body, the frame and members, the underbody shield, and the body doors. Users stated that the frame can rot and become unsafe, causing a hazardous condition for the driver.

The main categories of concern for users in the 2004 Tundra deal with the body and paint category as well, with users concerned about the rusted frame generally occurring at around 120,000 miles.

The 2005 model saw the problems and the complaints shoot up since previous years, and marked the beginning of a bad stint of cars from 2005-2008 model years. The main categories of concern regarding the 2005 Tundra included the engine for the users, and the seatbelts and airbags for the NHTSA.

The NHTSA concerns for the seatbelts and airbags focus on the users stating that the airbags can deploy without force, causing injury without even the incidence of a crash.

The user complaints regarding the body and paint focus on the paint on the roof being badly faded, the excessive rusting under the carriage, and the tailgate cables failing at the same time. The typical repair cost comes in at around $650 and occurs at around 65,000 miles.

The transmission complaints focused on the clunking noise when moving at slow speeds or when stopping, the car not being able to shift, the car having difficulty going uphill, the 4×4 not engaging, and the car riding rough at medium speeds. The typical repair cost for the clunking noise came in at around $420 and occurred at around 105,000 miles on average.

The NHTSA complaints in the 2006 Tundra year for the seatbelts and airbags have users stating that the airbags deploy unintentionally, the airbags fail during use, and the airbag light turns on the dashboard unintentionally and without warning. These issues have resulted in 8 crashes, 8 injuries, and occur at around 21,000 miles.

The main categories of concern for users in the 2007 Tundra involve the engine and the body and paint category. Regarding the engine, the users have complained about the air injection pump failure, the piston slap when cold, the secondary air pump stuck, the air valve sticking, the check engine light turning on, the car stalling while driving, the unintended acceleration, and water pump stopping working. The typical repair cost for the air injection pump failure comes in at around $3150 and has the most common solution being to replace changing the air pumps and emission control valve.

The main categories of concern within the 2008 Tundra focus on the interior accessories and the electrical system for users, while the NHTSA lodged over 100 complaints for the engine system. Regarding user issues with the interior accessories, the main problems deal with the malfunctioning radio and the various warning lights turning on. To fix the radio, the typical repair cost is only $200 and occurs at around 50,000 miles.

After one year of very few problems in 2009, the 2010-2012 problems were still much lower than the 2004-2008 years, but had some user concerns regarding the engine and the exhaust system. In the 2010 mode, the user complaints for the engine focused on the engine shutting down while driving, the engine knocking, and the engine turning over but not being able to start.

In 2012, the problems shifted from the engine system to the exhaust system, with users having multiple complaints about the air induction pump stopping working during use. To fix this issue, the typical repair cost is around $3,150 and occurs at around 74,000 miles, with the most common solution being to replace the pump.

In the latest model for the Toyota Tundra, the 2020 Tundra earned the #6 position in the Full Size Pickup Trucks category. Being a car with a good predicted reliability rating, this car gained some technology updates, but still was in the middle of the road in terms of the full-size pickup truck rankings. However, the Tundra is known for poor driving dynamics and low hauling capacity, along with outdated and non-modern interior cabin styling.

The pros of the Toyota Tundra deal with the high reliability rating, the standard and powerful V8 engine, and the long list of driver assistance and infotainment features. The cons of the Tundra focus on the poor fuel economy and miles per gallon, the low towing and hauling capacities when compared to other pickups, the stiff ride quality, and the outdated and non-modern interior.

However, for the new 2020 Tundra, the new features are the 5.7-liter V8 engine becoming standard, the TRD Pro available in both Double Cab and CrewMax, the cars featuring Standard Android Auto, Apple CarPlay, and Amazon Alexa, and the optional 8 inch infotainment touch screen system.

The overall rating for the Tundra shows that the 2020 Toyota Tundra problems have not all been fixed in recent years. The overall scorecard earned a 6.5 out of 10, with the critics' rating coming in at 4.8, the performance being 5.9, the interior coming out to 6.4 out of 10, the safety averaging 8.3 out of 10, and the reliability rating being 4 out of 5 by JD Power.

There are currently 57 recalls for every year of the Toyota Tundra. This is a high number of recalls, but it is important to note that the Tundra has been in production for a long time, so these recalls span various model years. One of the most prominent recalls involves the airbags and was recalled in 2015, and involved the 2003-2004 Tundras that in the event of a crash could cause the inflator to rupture, sending metal fragments and possibly injuring or killing the occupants of the car.

One of the earliest recalls for the Toyota Tundra involved the on and off switch assembly in the air bags, and was announced in mid 2005. The vehicles do not have a manual air bag on-off switch to turn off the front passenger air bag, and od not have a child restraint lower anchorage system, preventing the Tundra from meeting the safety requirements.

In addition to the airbag concerns, there was a recall concerning the seats in 2013. This recall affected model year Tundras from 2010-2013, with the vehicles might not having the correct passenger seat occupant sensing system calibration tested correctly. Without passing the calibration test, the occupant sensing system might not work as designed.

If the front passenger seat occupant sensing system is out of calibration, then the front passenger air bags might not deploy or might deploy at the wrong time. This could increase the risk of personal injury during the event of a crash when the airbags would otherwise be deployed.

In addition to the 2013 recall, there was also another recall in the following year regarding the seats as well, this time focusing on the heater and cooler mechanisms. The affected vehicles, which was the Tundra 4x and 4×4, could experience compression of the seat cushion potentially damaging the seat heater wiring. This could cause the wires to short circuit, increasing the risk and potential of the seat burning and causing injury to the occupant.

Along with the recalls in the 2013 and 2014 model years, there was also a recall in 2019 regarding the 2003-2006 Tundras. This issue meant that these vehicles had their driver or passenger frontal air bag inflators replaced under a prior recall, with these inflators potentially exploding due to propellant degradation that could occur after a long-term exposure to high heat.

As you can see, the Toyota Tundra problems vary depending on the model year. If you are looking to get a safe car for you and your family, certain years might be better than others to look into. When determining what is right for you, read all about the Tundra problems and determine if you should fix your car, or sell it to a junk car buyer.