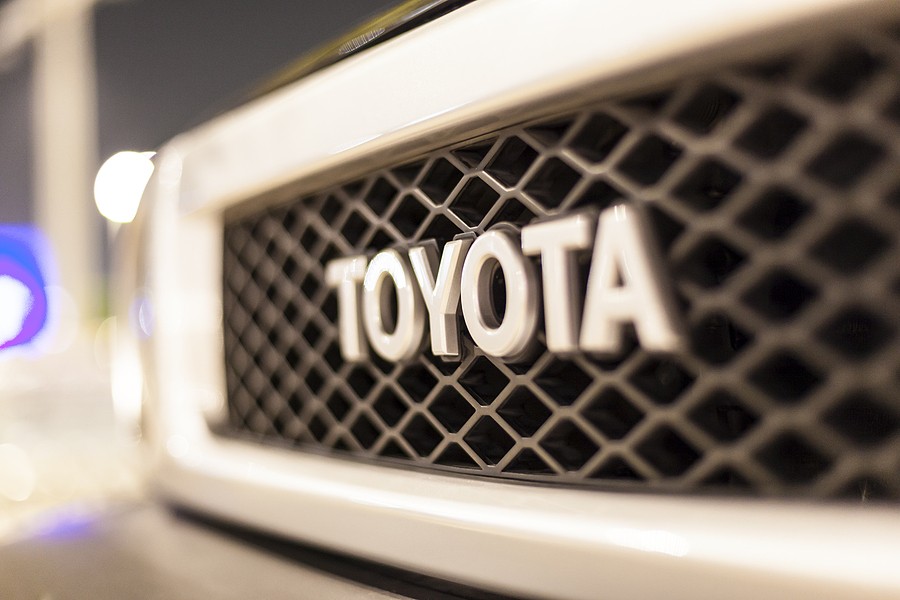 The Toyota Sienna is a popular minivan manufactured and sold by Toyota at the industry facility in Indiana, United States. Named after the Italian city of Siena, it replaced the first generation Previa van back in 1997. Designed with a more conventional front wheel drive layout, the Sienna is the only minivan in its class to offer the AWD option until the 2021 Chrysler Pacifica came on the market. With three generations, the first being in 1997, the second generation in 2003, and the third in 2010, this minivan has become especially popular – although not without its Toyota Sienna problems.

The main categories in the body and paint category deal with the broken weld in the door, the sliding door issues, the cables for the automatic sliding doors splitting and breaking, the power rear liftgate failing, the door popping sound from a weld defect, and the engine wall rattling. To fix the broken weld in the door, the typical repair cost is around $1,190 and occurs at around 83,000 miles, with users reporting that the door electronics are not working.

The main categories of concern regarding the 2005 Sienna the following year was the body and paint category, and the steering problems. The main user concerns regarding the body and paint deal with the door strap spot weld failing, the sliding doors not working properly, the lift gate not staying up, the paint chipping and scratching easily, and the screws pulling through the sheet metal. The typical repair cost is around $260 and occurs at around 77,000 miles.

The following year of the 2006 Sienna had more problems than the previous year, with the main user concerns focusing on the interior and exterior accessories, while the NHTSA lodged over 300 complaints regarding the seatbelts and airbags. The main user concerns regarding the interior accessories is that the dashboard can crack, the seat back can fail, the dashboard can melt, the seat heaters might not work properly, and the navigation and stereo unit can die. To fix the dashboard cracking, the problem generally occurs at around 74,000 miles. If you don’t want to pay the price for the repairs, you can always sell your junk car.

The main concerns regarding the exterior accessories focus on the automatic door malfunctioning, the power sliding door not being able to close, the rubber cover on the rear lift gate melting, the slide view mirror malfunctioning, the hood latch not working, and the sliding doors not opening. The typical repair cost is around $3,800 and occurs at around 74,000 miles in most cars.

The main issues that users found concerning in the 2007 Sienna for the engine involve the burning oil and smoke coming out of the exhaust, the faulty oil cooler hoses, the engine rattling, and the check engine light turning on during use.

The main categories of concern for other 2009 Sienna deal with the body and paint for both users and the NHTSA, which lodged almost 100 complaints, and the engine system in the 2010 model year. The body and paint user issues focus on the power sliding door failure, the rear hatch no longer staying up, and the hinge on the hatchback and liftgate. To fix the power sliding door failure, the typical repair cost is around $2,000 and occurs at around 131,000 miles.

The main issues of concern for the 2010 Sienna focus on the engine, with the main issues being the piston slap, unintended acceleration, and the check engine light turning on.

The 2011 Sienna had more complaints than the previous two years combined. The main category of this model is the engine and the exterior accessories, with the most NHTSA complaints focusing on the body and paint system. The engine problems focus on the loss of power upon acceleration, the oil cooling hose failing, the engine stalling, the check engine light turning on, and the head gasket failing.

The issues with the exterior accessories in the 2011 focus on the sliding doors malfunctioning and the power liftgate being damaged.

The next two model years had fewer problems than the 2011 Toyota Sienna, with the main user concerns for the 2012 focusing on the wheels and hubs, while the user concerns for the 2013 dealt with the interior accessories. Regarding the 2012 model the wheel and hub problems focused on the premature tire wear, with the typical repair cost coming out to around $580 and occurring at around 29,000 miles.

The 2013 Toyota Sienna interior accessories issues dealt with the noise from the seats, the 3rd row seats rattling during use, and uncomfortable back seats for long drives.

The Toyota Sienna in 2020 is a reliable and safe car, with the Sienna finishing in the middle of the pack as far as minivan rankings go. It has a powerful and performance oriented engine, a good predicted reliability rating, and user-friendly technology that is easy to figure out, but the below average safety score and the less than luxurious interior prevent the Sienna from ranking even higher in the standings.

The pros of the Toyota Sienna in 2020 include the very spacious cargo hold, the predicted reliability rating, the available all wheel drive, and the quick and smooth acceleration. Not to mention, the Apple CarPlay and Amazon Alexa are standard in all models and there have been updates to the availability of the features in the car. However, the cons of the Sienna include the below-average safety score, the bland interior design, and the body lean when going around quick turns.

Regarding every model year of the Toyota Sienna, there are a total of 50 recalls for the entire lifespan of this car. Although the recalls vary in severity during the model year, there are some that need to be taken care of in order to safely drive your car.

Back in 2008, there was a recall focusing on the hatchback and liftgate of the body, with the affected cars that have rear liftgate struts potentially wearing it sooner than expected, with the gas struts deteriorating and causing the performance of the liftgate to degrade and operate slower than intended.

One recall in 2014 dealt with the emergency spare tire and emergency temporary tire, with the affected vehicles possibly having an attachment cable that could corrode due to high concentrations of road salt splashing onto the spare tire carrier, causing the tire to potentially separate from the vehicle and increase a risk of crash.

In 2016, a recall was issued for certain Siennas, from the years 2005-2011, due to the front assembly seat heater and cooler. These vehicles that are equipped with the aftermarket accessory seat heaters with the electrical wiring have the potential for the copper strands being damaged when the seat cushion is compressed, potentially short circuiting and increasing the risk of a fire.

A more recent recall was issued in 2019 regarding the passenger side frontal airbags and affecting the 2014 Toyota Sienna, with the affected cars’ airbag inflators assembly potentially exploding due to propellant degradation that could occur after long term exposure to high humidity, temperature, and temperature cycling. If this occurred, the inflator explosion could cause the sharp metal fragments to strike the driver and other occupants and cause serious injury or even death.

In addition to the frontal airbags in the 2019 recall, there was another serious recall the same year that had to do with the foundation components of the hydraulic brakes, involving the lines, the piping, and the fittings. In certain 2014-2019 Sienna cars, the brake lines could have incorrect tubing fittings installed, causing a pressure drop within the braking system. The reduction in the braking qualities could cause a loss of braking power, and increase the risk of a crash.

For the Toyota Sienna safety ratings, the car earned an overall safety rating of 5 out of 5 stars, with the 2019 Sienna earning top scores. The overall frontal star rating earned a 4 out of 5, with the combined driver and passenger rating combined into one score, including a test simulation of a head-on collision between two similar vehicles, each moving at speeds of 35 miles per hour.

For the side crash rating, the overall side star rating earned a 5 out of 5. The combined side barrier and pole ratings earned a perfect score, with the rear seat rating being derived from the side barrier rear passenger rating. The ice barrier rating also earned a perfect score, with the test simulating an intersection collision between a non moving vehicle and a moving barrier at around 38.5 miles per hour.

The last safety rating dealt with the rollover, which the Sienna earned a rollover star rating of 4 out of 5 stars. The rollover resistance measures the risk of rollover in a single vehicle, and during a loss of control scenario in the car.