EVAP Leak Repair Cost: What You Can Expect to Pay 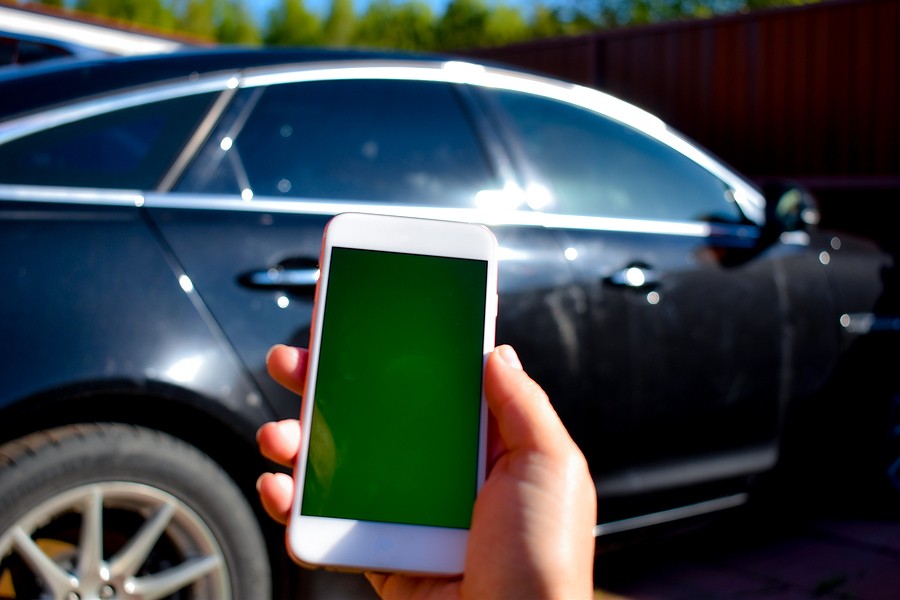 The Evaporative Emission Control (EVAP) system in your car isn’t something that you’re going to see day in and day out when you look at your vehicle. As a result, you might not spend much time thinking about it and what it does to keep your car safe. But an EVAP leak could cause all kinds of complications if you don’t catch it fast, which is why you need to keep your car’s EVAP system in the back of your mind at all times. You also need to pay the EVAP leak repair cost to stop a leaky EVAP system from doing harm to your car and to the environment. Find out more about EVAP systems and what they do below.

What Is an EVAP System?

Before we begin talking at length about how much you can expect to pay for the EVAP leak repair cost, it’s a good idea for us to kick things off by discussing the role that your EVAP system plays in your car. It’s a much more important role than you might realize. If you have a car with an EVAP leak, you could be inadvertently hurting both your car and the environment at the same time.

Your EVAP system is responsible for sealing your car’s fuel system so that the vapors created by the fuel in your car aren’t able to escape from either your fuel tank or your fuel system and get out there into the world. These vapors are filled with hydrocarbons that can do damage to the environment if you’re not careful. It’s essential for your EVAP system to trap them so that these fumes aren’t able to sneak out into the atmosphere.

There are a bunch of different components that make up your car’s EVAP system. These components include a fuel tank, a gas cap, a liquid-vapor separator, an EVAP canister, a vent control valve, a purge valve and sensor, vent hoses, a fuel tank pressure sensor, and a fuel level sensor. Each of these components work together to keep your EVAP system operating in the way that it’s supposed to.

What Makes an EVAP System So Important?

As we mentioned a few moments ago, the EVAP system is your car is very important because it prevents the hydrocarbons found in your fuel vapors from escaping and entering the atmosphere. But just so that we’re clear, we want you to know exactly why that is such a bad thing. You might not care too much about allowing fuel vapors to leak out of your car when we put it like that, but you’ll care more once you understand what those vapors could be doing to the environment.

When hydrocarbons leak out of your EVAP system, they will almost immediately mix with air and sunlight and react to their presence. This will result in them turning into smog, which is something that has become very problematic for many American cities. Smog can hang like a cloud over a city and pollute the air. It can be bad for people, animals, and everything else in a city.

By keeping your car’s EVAP system in good working condition, you can do your small part to stop smog from becoming an issue for your city. You can take advantage of what your EVAP system has to offer and avoid sending any hydrocarbons out into the atmosphere. You can also ensure that you’re able to pass inspections since your car won’t create a lot of emissions when you’re driving it around.

What Is an EVAP Leak?

When your vehicle’s EVAP system is working the way that it’s supposed to, it’ll be completely sealed off from the world so that nothing can get out of it. But over time, your EVAP system may start to break down, and when it does, it won’t be sealed as effectively as it once. This will typically result in an EVAP leak that will allow fuel vapors to escape from your fuel tank and/or fuel lines and enter into the atmosphere.

An EVAP leak can come in many forms. In some instances, doing something as simple as forgetting to tighten the gas cap on your car can result in an EVAP leak. But in others, one or more of the components in an EVAP system will break down and begin to leak. This will often force you to endure a higher EVAP leak repair cost since it’ll be a more complicated repair job.

Whatever the case, you shouldn’t ever ignore problems with your EVAP system. They might not hurt your car or the environment right away. But over the months and years that you own your car, it’ll do its fair share of damage because of an EVAP leak.

How Will You Know If You Have an EVAP Leak?

Here’s the one tricky part about having an EVAP leak in your car: It’s not always going to be easy for you to recognize it. There are certain instances in which people will unknowingly drive around in cars with EVAP leaks for extended periods of time without knowing anything is amiss. But there are also other times when it’ll be very obvious that you have an EVAP leak.

But outside of looking for a check engine light, it can be difficult to identify an EVAP leak. You might sometimes smell a slight fuel odor coming from your car indicating an issue with your EVAP system. But other than that, you may not know about an EVAP leak unless you fail an inspection due to an issue with your car’s emissions.

How Do You Fix an EVAP Leak?

If you discover that you have an EVAP leak in your car, your only option should be to spring into action and have it fixed right away. There is no sense in allowing an EVAP leak to linger for any longer than it has to. As you’ll find out soon, the EVAP leak repair cost is on the lower side, which is why you should make fixing an EVAP leak a top priority.

That being said, there is more than one approach that you can take to fixing an EVAP leak. The repair that you make will depend on which part of your EVAP system is giving you fits. If you have a faulty vent control valve, for example, you’ll need to have that replaced to get your EVAP system working properly again. But if you have, say, a bad EVAP canister, that’s going to require different repairs. This is one of the many reasons why you should hire a professional to work on your EVAP system rather than trying to do it yourself.

Who Should You Get to Perform EVAP Leak Repair?

Do you need to have your car’s EVAP system worked on? In order to steer clear of facing the EVAP leak repair cost, you might be tempted to try and work on it yourself. How hard could it be to replace a part from your EVAP system so that it works right again?

Well, it’s not going to take you very long to find out the answer to that question, as it’s not easy (at all!) to work on an EVAP system if you don’t have any experience with it. You’re going to have to go digging around to find it, and once you do that, you’re also going to have to run a series of tests on it to find out exactly what’s wrong with it.

And your issues won’t stop there. Once you identify the issue with your EVAP system, you’ll also have to go about fixing it. If you do that wrong, you could put your entire fuel system in jeopardy and potentially do some lasting damage to your car. It’s why you’re going to want to call on a licensed mechanic to work on your car when you have EVAP system problems. The EVAP leak repair cost will prove to be worth it just to be sure your car is fixed properly.

What Happens If You Don’t Fix an EVAP Leak?

If you drive your car around when it’s in need of certain types of repairs, you could really put it at risk. If, for instance, you have a serious issue with your car’s engine, driving it around without making repairs to it is going to be one of the dumbest things you ever do. You could do permanent damage to your engine and have to pay to have it repaired or even rebuilt before long.

How Much Does EVAP Leak Repair Cost?

At this point, you know that it’s important to fix an EVAP system leak promptly to prevent all sorts of problems with your car. But you might still be wondering what the EVAP leak repair cost is going to be and worried that it might make it impossible for you to make repairs to your EVAP system.

Is EVAP Leak Repair Worth It?

You’ll feel better about getting behind the wheel of your car once you’ve paid the EVAP leak repair cost to fix your EVAP system. You won’t have to be too concerned about your car creating unnecessary smog. You also won’t have to worry about your car not passing an inspection when the time comes. Your EVAP system will be capable of doing its job when it doesn’t have any leaks in it.

Can You Sell a Car With an EVAP Leak?

Are you against the idea of fixing a car with an EVAP leak? Then you might want to sell it rather than continuing to drive it around and allowing it to sit in your driveway. The junk car buyers from Cash Cars Buyer can help you out with this.

Despite your EVAP leak, we would be happy to extend a great cash offer to you for your car. We specialize in purchasing vehicles that have all kinds of problems, including EVAP leaks. It’ll help you avoid having to shoulder the EVAP leak repair cost and put cash into your pocket at the same time. Contact us today to sell your car for cash.