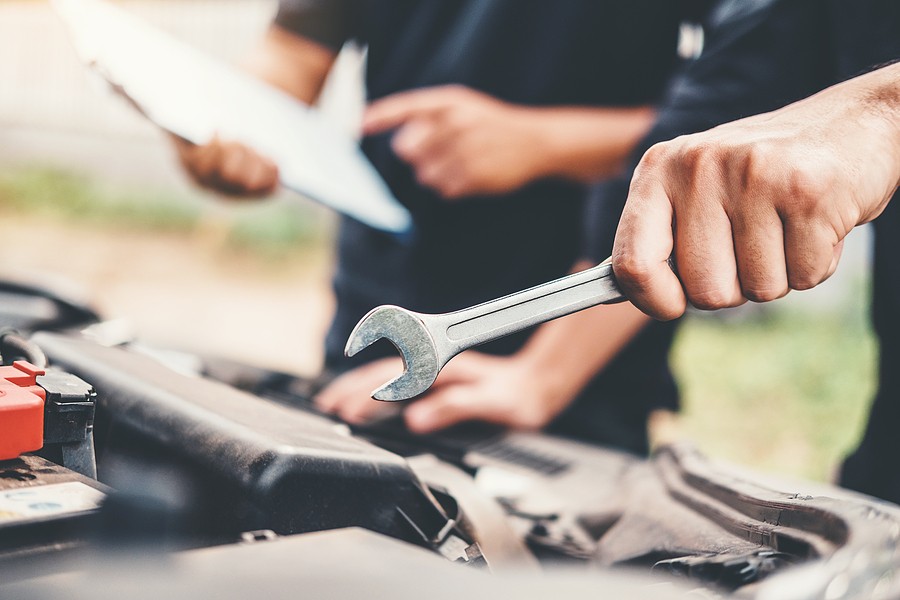 For many of us, driving our cars gives us a sense of peace and we accomplish lots. From meetings, to work and more, our cars are the fiber of our being. So, when your car’s electrical system begins to fail, what do you do, when you are reliant on such an important machine? When the electrical system in your vehicle begins to malfunction, the problems are usually so flagrant that you notice them immediately. Your lights are dim or won’t turn on at all. The stereo will not work. The power windows have no power and your car may not start at all.

Let’s take a look at some common vehicle electrical issues that a car may have.

Burning smells can be a sign that you have an electrical problem with your car. The smells can range from a “burning plastic” smell to a “burning rubber” smell. You may also smell a “melting” smell as well.  When you have a burning smell then that generally means that there is a wire or electrical item in your vehicle has shorted out. For the other smell and even if you see and get whiffs of smoke, then you need to have your vehicle serviced ASAP. Sure, the issue can be a minor; but you don’t want a small problem of burning smells to turn into a potentially dangerous issue.

The Lights Are Dim

When your lights are not bright anymore, this is generally due to an electrical problem. If it’s a single light that’s dim, then you just may need to change the bulb. But if you change the bulb and you still have that dim light, then, it’s time to get that car over to a mechanic.

Stereo and other electrical components are not working

The stereo, TV or even your GPS systems are awesome conveniences to have in a car. But what a nuisance when they won’t turn on! They draw lots from your car’s electrical system. If one or more of these components is experiencing a malfunction, or just not working at all, there’s a good chance that you may have a wiring issue. Or there may be a blown fuse. Check your fuses and be sure to take your car to a trusted mechanic to look over your car’s components.

An Engine That Won’t Turn Over

Typically, when the engine won’t crank or turn over, or if it takes longer to turn over than it usually does, then you can just about trace the issue to the battery or the starter. Lots of drivers worry that difficulty starting up their cars could be related to an issue with the engine.  Other times, drivers are relieved to find out that there is an unrelated electrical component that’s causing the issue.

Are electrical problems in cars expensive to fix?

When your car’s electrical system starts to be a hassle, it’s important to get a diagnosis from an experienced mechanic ASAP. When you do this, you decrease your chances of getting stranded or from having to pay for more extensive and costly automotive repairs.

Let’s take a look at car components that are related to car electrical problems.

These replacement costs will vary and don’t forget about labor costs for each too. Sometimes, labor is where the bulk of your repair costs lie.

How Are Electrical Problems Diagnosed?

Troubleshooting electrical problems can take a lot out of you. But it doesn’t have to. Just remember that every circuit needs a viable power source. Additionally, electrical devices require a minimum voltage to run correctly and when you talk about circuits, then you have to remember that they all require continuity. Often times, many electrical problems are caused by low voltage or even no voltage. They can also be caused by excessive resistance or no continuity at all.

Safety is always “reigns supreme” when you talk about automotive electrical systems. With the exception of the high voltage side of the ignition system, as well as the high voltage battery and circuits there is no real danger of being shocked. Twelve volts (12v DC) is not high enough to be felt. The danger comes from accidentally shorting out a hot circuit and consequently damaging the PCM, wiring or other onboard electronics. And if you could potentially start a fire too.

What causes a car's electrical system to suddenly stop working?

There could be a number of causes that stop your car’s electrical system to suddenly go kaput. So, let’s check out what needs to be checked to diagnose your car's electrical problem(s).

If your issue is a bad alternator, your car will begin to lose power slowly. One day, you will just drive down the road and then your lights will dim, lose power and your car will just die. When your car’s alternator stops working, all of your electrical systems required to keep a car going- will die.

When an ignition coil goes bad, you will have results similar to a failed alternator. Your car will lose power and just won't start. When you have a faulty coil, you may see smoke or smell an odor.

If you have a bad solenoid or starter you will experience dim lights or they may even shine brightly; even with this, your engine may not start.

Let’s take a look at some of the latest electrical problems by make.

According to CarComplaints.com: “A Ford Explorer recall has been issued for 2020 model year SUVs equipped with 2.3-liter and 3.3-liter gas engines. More than 10,650 Explorers are included in the recall that was ordered due to wiring harnesses that may not have been properly secured. The harnesses could make contact with the air conditioning pulleys and damage the harnesses or the air conditioning drive belts.”  Additionally, Ford stated that the problems with the Explorer didn’t end there.  Ford vowed to fix the issue and offer the assistance Explorer owners need and deserve: “All the recalled Explorers are in the U.S. and were built in Chicago between May 28 and July 18, 2019. Technicians will secure the wiring harnesses and make necessary repairs, but Ford didn't say when the Explorer recall will begin. Customers may call 866-436-7332 and use reference number 19S32,” added CarComplaints.com.

For Dodge, several Ram models have recently given drivers issues with their electrical components. According to a post on the motorbiscuit.com website: “Ram 1500 may be an overall reliable truck, but no truck is without its issues. And some brands seem to have the same problems over and over again. According to Raybuck Auto Body Parts, “electrical issues are unfortunately common in late-model Rams,” particularly between model years 2009-2017. Commonly-reported tech and electrical problems include power window/door issues, radio failure, and glitches in the Ram 1500’s infotainment system.”

Chrysler is another brand that has issued recalls with is cars. Recently, the Pacifica Hybrid has been giving owners an issue and has… “[a]faulty electrical connection [that]has already caused vehicle fires in the U.S. and Canada,” according to a heading posted to the ConsumerReports.org website. The site additionally states: “Chrysler is recalling 27,634 Pacifica plug-in hybrid minivans due to a fire risk. Until the vehicles can be repaired, the automaker says that they should be parked outdoors, away from other vehicles, and that owners should also be careful not to let any moisture get on the floor of the second row—including from wet umbrellas or drinks.”

Additionally, Consumer Reports states in its June 2020 post: “A Chrysler spokesman told CR that the fire risk is likely due to corrosion of an electrical connection involving the Pacifica’s 12-volt battery system, although the automaker is still investigating the cause. This system is used to power auxiliary features, including radios and garage door openers, and is not part of the vehicle’s plug-in hybrid propulsion system. However, only hybrid vehicles are included in this recall. The connection is located behind the driver seat.” Click here to learn more!

Volkswagen- in recent years- has seen its share of vehicles with electrical problems. They have responded to recalls and work to remedy the issues for drivers. According to a report in CarAndDriver.com: “Volkswagen is expanding a recall from 2018 to prevent drivers from removing the ignition key if their vehicles are not in park, according to filings with the National Highway Traffic Safety Administration (NHTSA).”

CarAndDriver.com also adds: “The problem is electrical, a kind of issue that has plagued VW in the past, and relates to a defective switch contact in the gear selector housing. A silicate layer can form on the contact; and, because of higher resistance, prevent the switch from detecting whether the gear selector is in park. When that happens, the car might throw a warning message, issue a chime sound, or do nothing at all.”

Car maker Acura has not been able to escape electrical problems with some of its models. In a report published to the carproblemzoo.com website: “Acura RDX owners have reported 35 problems related to electrical system (under the electrical system category).” Additionally, a 2019 Acura RDX reported the following issue on the carproblemzoo.com website: “…Driving for 15 minutes engine stopped while going up a very busy bridge on I-10 – started shaking and flashing no brakes no steering contact dealer. Coasted to construction area on top of bridge as to not be hit by 18 wheelers. The vehicle was out of warranty by 1200 miles . . . That's ridiculous.”

Car Electrical problems leave you sizzling? It’s time to sell that car to Cash Cars Buyer! If your car’s electrical are draining you like a battery, just click here and see what your car is worth! Not only can you obtain a FREE online offer, but we even offer FREE junk car removal of that car with the electrical issues! End the electrical frustrations and let Cash Cars Buyer purchase that car, faster than the speed of light! Get your offer here, NOW!