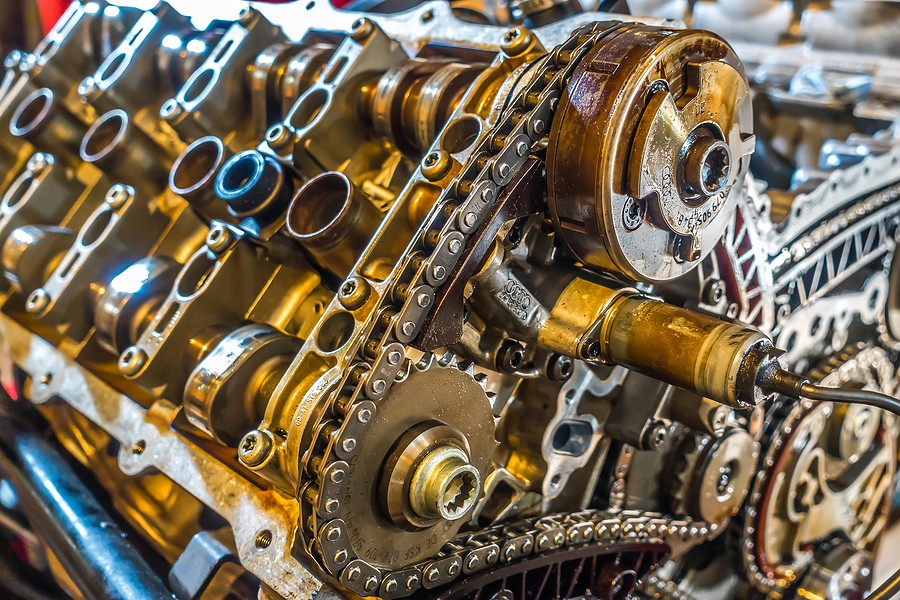 The engine or the heart of your car is indeed a complex machine that is created to transform heat from burning gas, into a force that helps the wheels turn. In an effort to withstand the oftentimes heavy workload, the engine must be a robust and durable in structure. Your car’s engine has two basic parts: the lower section is the heavier section and is also called the cylinder block. Then, there is the upper or detachable cylinder head. Located in the cylinder head is the valve-controlled passages through which the air and fuel mixture com through the cylinders. There are lots of internal combustion engines, with Diesel Engines being only one type. The Gas Turbine engines are another kind.

Each comes with its own set of advantages and disadvantages. Then, you have the external combustion engine. When you think of those “movie” steam engine in old-fashioned trains as well as steam boats, then consider those kinds the best example of an external combustion engine.  The combustion cycle is the process of powering the engine.  Given all that has just been shared, you can stand to lose your car if you have a blown engine. Let’s take a look at some of the signs of a blown engine and find out what to do if you encounter such!

As the signs of a blown engine just as the causes, it’s important to take note of the symptoms your car is offering, when engine trouble is coming.  Additionally, just because your vehicle might have one or more of these symptoms, does not mean that your engine will blow up. Lots of problems can cause similar issues. For specific vehicles, there is a point of failure. Check out some common signs of a blown engine:

If your engine is emitting while smoke from your car’s exhaust pipe, this could be an indicator that engine coolant or water is coming into the combustion chamber. This exhaust will look dense and linger in the air unlike that of normal exhaust smoke.

Not only is white exhaust a sign of a blown engine, but blue exhaust can indicate that your engine is on the way to being blown. Blue smoke may billow from your tailpipe and may be an indicator that raw engine oil is entering into the combustion chamber.

Internal engine noises are a tell-take sign that there is something wrong with your engine and that you may have a blown engine coming.  The noises are generally caused by torn and worn elements that are also broken. Generally, when an engine is knocking- it’s just about gone.

Coolant is Entering Your Engine Oil

Both your car’s engine oil and cooling systems are kept separate as well as sealed inside the engine. If you find coolant enters into the engine oil or vice versa, then there may be a serious internal problem, that may include a blown engine.

Your Engine will not Start

An engine that won’t start could be due to a number of things, but a blown engine may definitely be one to keep on the list. The issue could range from anything from overheating or improper timing or even a physical defect in the engine.

What can cause a blown engine? The Various Kinds of Blown Engines

When you’re speaking about a blown engine, you’re speaking about a loss of fluid. This-in fact- is the more common cause of failure. And this loss of fluid generally happens through a slow leak or even a sudden one.  You may find that radiator develops a leak or the hose breaks. The difference in a “blown” engine and one that overheats can be found in the color of the steam of smoke. As we mentioned earlier, you can see both blue as well as white smoking coming from your car.

The term “blown engine” doesn’t really offer an explicit or specific issue about the actual fault of the engine.  In fact, there are various failures that can be characterized as a blown engine. Some below are the most common:

A Piston that is Blown

Problems with the piston are one of the most common reasons for an engine that blows out. Generally, the piston itself isn’t that component that’s failed but rather, the piston rings that have become botched. The piston’s metal rings seal the piston against the cylinder wall. Additionally, they keep engine oil in the crankcase- and out of the combustion chamber. The piston rings also have the job of keeping the combustion – when the fuel and air mixture burns –inside the cylinder When you have a blown piston, you may also have a piston that has cracked or melted or has cracked.

Engine Block with a Hole in it

When you have lack of lubrication, you have a major contributor to a seized engine. But this may not be the only cause. Moving metal surfaces as well as Oil starvation on bearings generates tremendous friction in addition to lots of heat. With a seized engine, the engine is not able to rotate.

Your car’s engine timing is maintained with either a steel chain or a rubber belt, tying the crankshaft to the camshaft or camshafts. If these components break, the valves in the cylinder head move independently of the pistons which are fixated to the crankshaft. In many engines, valves can impact the pistons if the timing belt snaps while the engine is running. With his happening, you can experience both piston as well as valve damage.

If you have an engine that threw a rod, generally, it will not break through the block. But you WILL have internal damage. A broken or “blown rod” can be the result of over-revving of the engine or from high resistance.

What happens when your engine fails?

There is a possibility that your car can lose engine power and there may be lots of reasons for this. You could run out of gas or even have a faulty alternator fuel pump or other failure.

If you’re driving and your engine dies…

First of all, keep your eyes on the road and find a safe place to pull over. And if your car’s engine quits while you’re under way, the car will lose power steering and eventually the brakes. You will still be able to guide your car and stop it. Be sure to have a phone handy so that you can contact road service as well as a trusted friend to come and get you.  Never try to look at your car while it is still hot. Wait a few minutes. Or you may just wait for assistance from a road service.

How to maintain a healthy engine

When it comes to keeping a car, maintaining a healthy engine should be top of the list. Check out some ways to maintain your healthy engine.

Think of your car’s oil as the lifeblood of your car engine. With so many rotating and moving parts in your car, everything has to be lubricated. And when it isn’t, this spells trouble. So, take care of your car and get regular checks of your oil. This is really important if you have an older car.

The fuel that is burned inside your engine generates much heat You have to make sure that you keep the temperature of your engine in check. It cannot afford to overheat for any length of time. You may want to take your car to a mechanic for regular checkups. He or she can alert you to issues of overheating and fix them before something catastrophic happens. Also, don’t forget to regularly check the coolant levels in your engine and if you can’t get to a mechanics, you can view your car’s owner manual.

If you have an older car and your engine feels as if it is lacking power, is acting slow or sluggish, be sure to get regular tune-ups. Many late-model cars are outfitted with computer systems that make tune-ups easy.  Tune-ups generally involve changing the air filter, the spark plugs and even cleaning out the engine throttle body.

Replace Belts that are Worn-Out

Over time, your car’s drive belts wear out. While screeching or squeaking noises indicate the time to change belts, you want to make sure you tend to this, to ensure your engine’s overall health.

Junk a Car with Engine Issues with Cash Cars Buyer!

We here at Cash Cars Buyer purchase cars with bad, blown and seized engines! If you don’t want to pour money into getting that car fixed, then you can get an instant online offer on it in a matter of minutes! We buy all makes and models and even offer FREE junk car removal!

So, for that engine that keeps giving you issues, just get an offer  on it now, and sell it to Cash Cars Buyer, FAST!