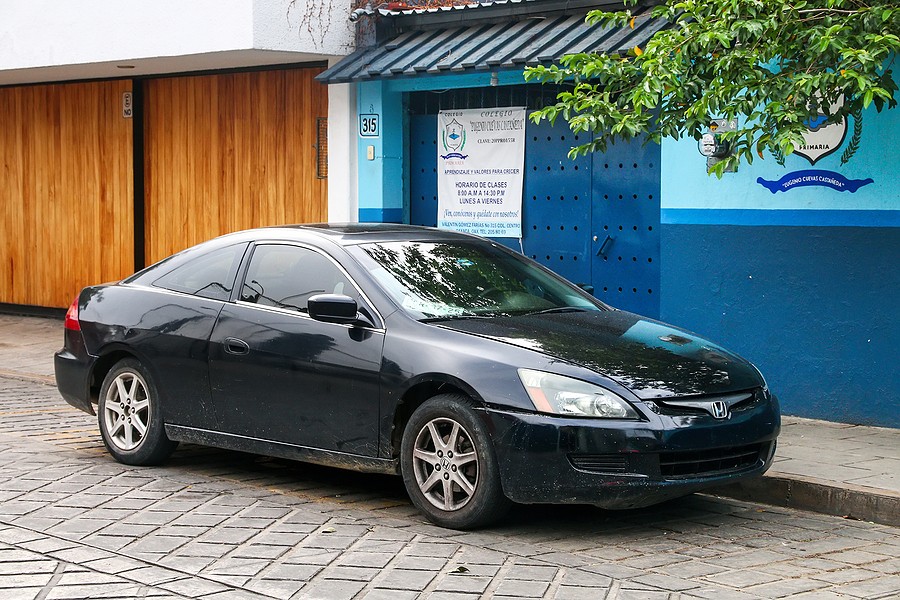 Honda has been making the Accord since all the way back in 1976. It's consistently been one of the best-selling cars in North America; it was even the first car from a Japanese manufacturer to be produced in the United States.  Despite its age, the Honda Accord still enjoys massive sales each and every year. There have been some years when the Accord sold nearly half a million units in North America. Even in the midst of the 2020 pandemic, the Accord managed to sell nearly 200,000 units, far more than many of its competitors. It's a reliable automobile from a trusted manufacturer, but you do need to make sure you understand how it works and how to properly maintain your Honda Accord. Part of that involves knowing when and why you need to replace your timing belts. With that in mind let's take a look at the timing belt replacement cost for a Honda Accord.

If your Honda Accord does have a timing belt and you need to get it replaced, the part itself on a site like Autozone.com can cost you anywhere between about $30 and $300. In terms of actually having it installed in your Honda the price is going to get quite a bit stiffer from there. Because this is a labor-intensive job, the price of replacing the timing belt in your Honda Accord when you take it into a mechanic is likely going to be somewhere between $450 and $900. There are instances where it can get even higher than that, especially if you take it to a dealer to get the job done. It may cost you over $1,000 in that case.

Unfortunately, replacing the timing belt requires a mechanic to get pretty deep into your engine bay and remove a number of parts to gain access to the belt. That's why it's such an expensive job. Likely your mechanic will also want to replace the water pump at the same time because both of them have a similar life span and are located right next to one another.

What Does a Timing Belt Do?

Replacing the timing belt is part of the routine maintenance for your Honda Accord. These belts are made from a rubber composite material and can only handle so much stress. If your Accord was made after 1997 then you're probably going to need to replace your belt at least every 105,000 miles. If it was made before that it will only have a lifespan of about 90000 miles. Is it possible for a timing belt to last longer than that? Absolutely. There have been some stories of people who managed to get a timing belt to last over 200,000 miles and even up to 400,000 miles. But this is extremely rare and not advisable.

The reason you don't want to risk your timing belt breaking on you is that it's what connects your camshaft to your crankshaft in the engine. As the crankshaft rotates, a gear on the end causes the timing belt to spin connecting it to the camshaft so that it can rotate in time.  The spinning crankshaft allows the pistons in your engine to rise into the cylinders. The camshaft as it rotates opens the valves to allow the cylinders to pass through. As the piston rises in the cylinder, the fuel and air mixture is injected into the chamber and your spark plug ignites it.  The resulting explosion is what pushes the piston back down.

If your timing belt were to break your camshaft would stop spinning. However, your crankshaft would not. The pistons would rise in the cylinder and crash into the valves which are no longer able to open to allow them to pass through. This would cause serious damage to the valves and the pistons as well as the cylinder heads.

When your timing belt breaks you don't have any time to react. It's not a slow process that will allow you to pull over to the side of the road and call a mechanic. It happens instantly and causes severe and potentially devastating damage to your engine. You will no longer be able to drive your car, which could lead to an accident if it happens when you're driving at speeds down the highway. If the break is bad enough the damage to your engine could be so severe that you'll need an entire engine replacement which could cost you over $4,000.

As you can see, maintaining a timing belt is seriously important and something that you don't want to leave to chance. Your owner's manual will tell you for sure exactly how long your year of Honda Accord is meant to go before a timing belt replacement.

Since the Honda Accord has been around since 1976 it should come as no surprise that there have been a few years that feature some problems. In particular, the 2002 Honda Accord was plagued with problems, including a serious issue with the timing belt. In fact, the timing belt and water pump were recalled because of a problem with a misaligned timing belt tensioner pulley. This could cause the timing belt to fail prematurely and lead to engine stalling and crash risk.

The 2008 Honda Accord also had a problem with its timing chain, rather than a timing belt. This was another year that was plagued with many issues and if you're looking for a used model you should definitely avoid the 2008 one.

Fortunately, most other years of the Honda Accord have been relatively problem-free when it comes to issues with the timing belt. That means you just need to stick with the regularly scheduled routine maintenance to ensure that your Honda Accord keeps running smoothly and you have no problems with your timing belt.

One of the biggest symptoms of a bad timing belt is the noise that it's going to make. Because there are teeth on the inside of a timing belt when it begins to wear down it will make a very distinctive ticking sound as it rotates. It's been described as something like a fast-moving roulette wheel. Ultimately you may also hear a squealing sound if the timing belt is failing. That's typically associated with a serpentine belt too, but it may also be related to the timing belt.

Because the timing belt connects the camshaft to the crankshaft to allow for precision timing in your engine if the teeth have begun to wear off or the belt has become stretched out the timing of your engine is going to be affected. This could result in the spark plugs igniting the fuel and air mixture at the incorrect time based on where the pistons are in the cylinders. That in turn can lead to misfires and potential engine stalls.

If the timing belt cover becomes loose around the bolts that hold it in place of oil may leak out and drip into your engine compartment. It can also get on the timing belt itself and cause it to wear down sooner or slip off.

If you notice that your car is shaking or vibrating quite a bit more than normal, even when you're just parked with the engine running, this could potentially be related to your timing belt not sticking to the gears at the end of your camshaft and your crankshaft as well as it should.

The Bottom Line – Timing Belt Replacement Cost for a Honda Accord

There's a reason the Honda Accord has been one of the best-selling cars in North America for many years now. It's usually very reliable and a good value. But you do need to make sure you're properly maintaining your Honda Accord's engine if you want it to last for years to come. That means ensuring you are getting your timing belt changed according to the calendar of scheduled maintenance. If you adhere to the mileage rules that Honda has set up for your particular year of the Honda Accord, you should be able to avoid problems.