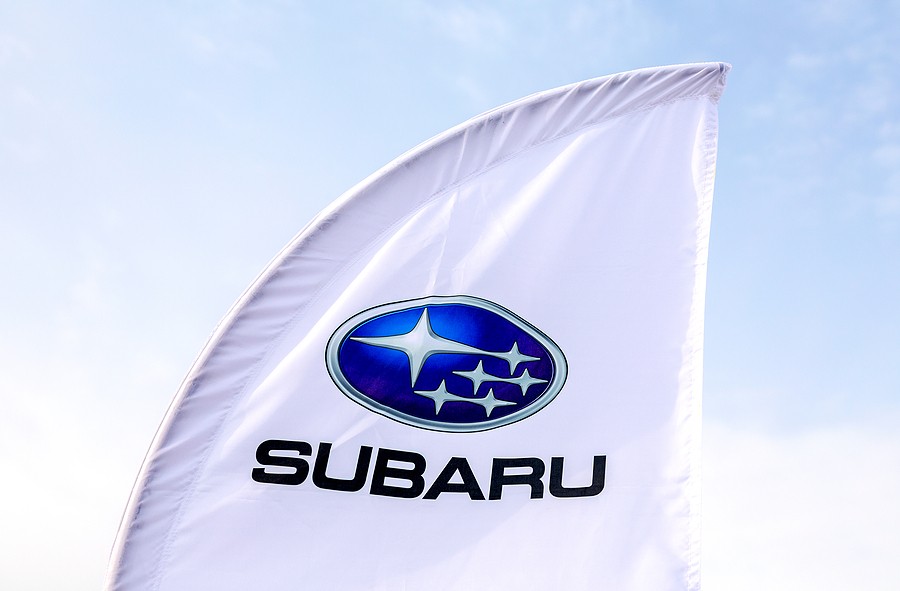 Subaru is the car manufacturing branch of the Japanese transportation company, Subaru Corporation. Known for a boxy-layout and their successful Symmetrical All-Wheel Drive drive-train layout, Subaru has a devout following that has followed them throughout generations of cars.

Despite these loyal followers, severe Subaru problems need to be addressed so drivers can stay safe on the road!

Although Subaru isn’t necessarily bad or good in terms of all the cars they have ever produced in the market, certain Subaru problems are severe, concerning, and can affect your decision to purchase one of these vehicles for you or your family. Let’s check out the top 10 worst Subaru problems that people may not know about before buying an Outback or Forester.

One of the worst Subaru problems is the covering and material of the wire coatings in this car. The wire coatings in Subaru Vehicles are composed of soy-based material and parts, causing the build and the materials used to attract rodents and other animals to the vehicle.

This soy-based wire coatings issue has become so bad that it has resulted in class action lawsuits and legal issues for the car manufacturer. During inspections of the Subaru vehicles in question, mechanics and the technicians discovered that rats and other animals had damaged the car’s rear wiper and the fuel line.

Mouse in the Car

When finding a mouse in the car, you may be wondering where they started. Many mice will find their way through the engine from the car’s underside and then make their way through the internal fuel system and transmission pipelines while they are already inside. The most common ways for mice to get in the car include the vents, the cable holes, the pedal shafts, and the steering column in your vehicle.

You may also find a mouse in the car if you leave your car unlocked frequently. This way, mice will be able to squeeze in through any door cracks that you have left open if you leave your car unlocked and forget to shut your door. In addition, the same goes for windows – if you frequently leave your windows cracked during the hot summer days, it will be easy for a mouse to get inside of your vehicle and cause Subaru problems.

Brake lights that refuse to turn on when you press down on the brake pedal can cause severe safety issues and Subaru problems. If the car behind you does not know that you are braking, it can drastically increase the likelihood of an accident.

According to a manufacturer notice from Subaru, the silicone gas can leak into the brake lamp switch in certain Subaru makes and models, causing the brake lights to not illuminate during use. If silicone is present in the car, silicone dioxide can form a layer on the braking system’s contract terminal.

The third issue in terms of most common Subaru problems is that the engine oil is not the most durable and tends to crack during prolonged use. Subaru acknowledged back in 2008 that some of their cars have been made with a kind of supply pipe that can be deformed due to a problem in the assembly.

In this case of a malfunctioning pipe and improper assembly, drives will have a higher likelihood of experiencing excessive vibration and shaking while driving. This increased shaking can cause a crack in the engine oil pipe and a further oil leak in the car.

The engine vibration is a huge symptom of severe Subaru problems. There are many reasons why your engine can start vibrating in your vehicle.

In many cars in today’s market, engine vibration can be a common cause of engine vibration if your spark plugs are worn out, old, damaged, or faulty, meaning they are not working as they should. With worn out or dirty spark plugs due to debris or improper cleaning, the engine can misfire and not fire on each individual cylinder at the right time and at the right level.

If you have a loose, shaky hose, not tight, or disconnected, this can be another common sign and cause of engine vibration. A loose air hose or vacuum can lead to excessive shaking and engine vibrations and is something you will feel while driving along the road. To fix this issue in your car, you might need to look under the hood for any disconnected hoses and reattach them when you find the connections that are loose or no longer connected fully.

Regarding the common Subaru problems, the engine vibration can be directly caused by an improperly installed fuel intake system that has not been adjusted properly to the rest of the car’s internal parts. This excessive vibration is what causes the engine oil leak.

The fuel intake and injection system is a process that conducts the fuel mixture from the carburetors to the intake valves of the engine, composed of the air filter, intake manifold, and the carburetors. With a poorly adjusted fuel intake system comprising all of these parts, it can cause engine vibrations.

To notice the Subaru problems with the engine oil and excessive vibration, you need to know the signs of low engine oil in your Subaru car.

Possibly the most noticeable low engine oil symptom that most drivers and passengers notice is the oil warning light flashing on their dashboard, indicating there is a problem you need to take care of immediately. This suggests that you have low engine oil since there is not enough oil in your engine to run the car and power the vehicle to drive on the road.

Another noticeable sign of low engine oil symptoms is knocking noises and loud sounds coming from your engine. Since these sounds will be very noticeable to everyone in the cabin, this is a symptom that is easy to recognize before the problem gets any worse. You will only see this low engine oil symptom if there is no correct oil level in your car, so you need to get it fixed right away to prevent further Subaru problems.

Your engine has many components and parts that work together to run the car smoothly and efficiently. Most of these internal parts and mechanisms are made of metal, and they frequently come in contact with other metal, leading to increased friction and overheating.

The oil is a lubricant that prevents heat from getting too high within the engine. If the oil is too low and causes the onset of low engine oil symptoms, you will see that the engine is not cooling off during use and causing Subaru problems.

Listed in a manufacturer notice from Subaru, there have been some issues during the manufacturing and construction process on the front windshield wiper motor bottom cover. The problems in construction and building of the car can cause the wiper arms to rest in a higher position than originally intended, causing the wipers to overheat during use continuously.

As you might guess in your car, if you can't see the road and the other vehicles on the road and people and other occurrences, it is hazardous. Without seeing the road in front clearly and behind you, you won’t clearly and safely operate the vehicle. The windshield wipers help the driver and car dealer off any dirt, debris, mud, rain, snow, and other contaminants that have lodged themselves on the windshield.

Sometimes, the motor’s mechanical parts will be clogged due to a build-up of contaminants and can include various debris, grime, and dirt that can cause the engine to work incorrectly and slowly. If you notice that you have this issue in your car, it would be best to bring your vehicle to a local mechanic as soon as possible to prevent further damage to the windshield and future Subaru problems.

Contrastingly to the previous point about the windshield wiper motor, if you turn on the wiper switch located on the indicator of your car and notice that you have issues with speeds and settings, this can be a sure sign there is something wrong with the wiper motor. If the wipers move at the same rate at all of the different settings on your car, then this is a sign that your module might have an issue, leading to a higher windshield wiper motor repair cost.

Wiper Blades Do Not Move

If you have turned on your wiper switch and the blades are not moving on your windshield, and if you do not hear the motor turning on in your car, then it is likely that the windshield wiper motor has become worn down over time and damaged. Also, an electrical issue within the system can cause a damaged fuse and other Subaru problems.

Some Subaru problems involve the ignition switch and the electrical system within the cars. A replacement ignition switch installed in certain makes and models may have a ball spring that is more likely to experience long-term wear and tear that breaks down the parts and internal components.

The ignition switch is also prone to breaking due to excessive use and fatigue due to overuse. If the ignition switch is frequently used or the keys placed inside the switch are attached to heavy keychains and other items, this can cause the excess weight to break the ball spring.

One of the most obvious signs of a faulty ignition switch is the car stalls while driving. Your engine stalling is a severe issue that needs fixing as soon as possible to prevent any further damage and performance hindrances. There are certain instances where you can determine why your car stalls while driving to prevent the faulty ignition switch and other Subaru problems.

Problems With the Accessories

Another sign of a faulty broken ignition switch is having trouble turning on your vehicle’s accessories, like power windows, radio, headlights, dashboard lights, blinkers, etc. When you put the key in the ignition lock cylinder and turn the key, the switch should do its job and power on the vehicle's accessories, like the interior lights.

Key won’t Turn in the Ignition

The key not turning is a very noticeable symptom of a faulty ignition switch. The first thing you need to do to start your car besides sitting in the driver’s seat turns the ignition lock cylinder key. However, if the faulty ignition switch shows damage inside, it will sometimes prevent the key from moving at all – thereby preventing your car from turning on and your engine from revving.

Potential Subaru owners must know the severity and prevalence of these Subaru problems so they can make an educated decision about what car is smartest for them to purchase. Regarding the Subaru problems, car owners need to keep an eye and ear out for rodents attracted to the wire coatings, ignition concerns, brake lights that do not illuminate, windshield wiper motor issues, and a cracked engine oil pipe.