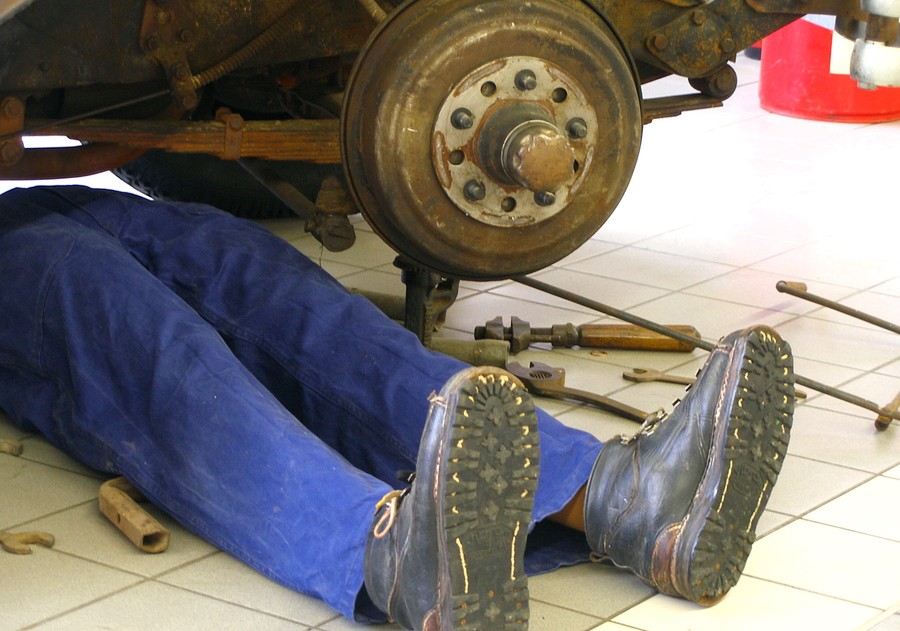 The rear main seal is a crucial part of the oil and engine involved with the inner workings of your vehicle. Without this working correctly, the transmission won’t run smoothly, and your engine will falter. Amade of either rubber of silicone, this main seal is crucial in keeping the liquid where it should be, and typically requires a replacement to be fixed when getting damaged The rear main seal replacement cost is usually between $410 and $517, with labor costs estimating between $388-$491 of the total.

What Is A Rear Main Seal?

The rear main seal within your car has the job of keeping the oil inside of the rear of the engine. This is where the crankshaft connects with the transmission. The crankshaft converts linear energy into rotational energy, letting the car drive forward.

The crankshaft is a rotating shaft that is in charge of converting reciprocating motion into rotational motion. The crankshaft is the main feature of the engine system which converts the linear energy into rotational energy, allowing the car’s wheels to propel forward. The pistons in the engine are all attached to the crank, allowing it to connect to the flywheel and propel the car forwards.

What Is Done During A Rear Main Seal Replacement?

There are many reasons why you must get your rear main seal replaced to cut down on repair costs in other parts of your vehicle. Although you don’t need to get it fixed right away, the sooner you fix the rear main seal, the sooner you are going to have a high-functioning vehicle that won’t cause any future problems. You will be able to protect your engine, gears, and other parts from wearing out due to overuse. These parts will wear out prematurely if you don’t get the leak taken care of like the camshaft deteriorating.

Also, you will protect your vehicle from the leaking oil, which can cause damage and corrosion to inside parts. Leaking oil can cause further damage to the engine, making the rear main seal replacement cost higher and more crucial to maintaining the longevity of your vehicle.

Lastly, you won’t have to monitor your oil levels closely. If you maintain the lifespan of the rear main seal and get it replaced, you won’t be driving around and wondering when you need to top up your car.

When To Get Rear Main Seal Replacement?

Although getting your rear main seal replaced is crucial to fixing your car, you can drive with your seal malfunctioning. However, the oil will consistently leak out of your car, and you will need to top up the oil much more often than if the seal had an air-tight fit. If you drive with low oil, you can easily damage the camshaft and the other parts that need oil to act as a lubricant, prevent wear and tear.

Oil leaks can cause further damage to the components of your car, causing them to wear down quickly. The oil can degrade the quality of the belts, hoses, and engine parts that need a lubricant to function. You need to make sure that your car’s engine is operating at a peak level, which requires you to prevent any oil leaks. You can determine if you have an oil leak by visible puddles under your car, smoke coming from the engine, dashboard oil light is on, and your engine overheating.

Also, oil leaks can create very dangerous fire hazards. Driving with a leaking engine leads to highly-flammable circumstances. If your engine ignites unexpectedly, that is a dangerous accident that can harm multiple people. If your car experiences a fire, the leaking oil will greatly exacerbate the problem.

Lastly, oil leaks cause environmental harm. Motor oil is dangerous to the environment, and leaking oil that is draining onto the road can harm the surrounding areas. Forms of wildlife will be harmed when they come in contact with oil.

What Affects The Price Of The Rear Main Seal Replacement Cost?

First, you need to know that the cost of replacing the rear main seal is going to be different depending on the car make and model, the mileage driven, the current condition, and the oil levels. The rear main seal for a car can cost less than $50, so you might be wondering why it costs hundreds to replace the rear main seal. The main portion of the cost that you will be charged at a mechanic’s auto body shape is due to the substantial amount of labor that it takes to replace the seal, and potentially the gaskets, seals, and other components.

Unfortunately, the labor costs must be applied to fix your vehicle. Replacing a rear main seal is not a difficult job that requires a lot of hours. The rear main seal replacement cost is high due to the process of the mechanic removing the transmission from the motor, requiring the removal of the motor, and the mechanic needs to take care around the accessories, wires, and houses that need to be avoided or labeled. Removing components that are this large within your vehicle generally require expensive equipment, jacking up the price of the rear main seal replacement cost.

Other Components To Be Replaced

When you replace a rear main seal, there might be other components of your vehicle that require replacing. For example, the oil pan generally needed to be removed. The oil pan removal requires the mechanic to install a new gasket. A degraded gasket is the most common cause of oil leaks. Additionally, you might choose to replace your front crank seal or the clutch, saving you labor costs in the future since your mechanic is already there and has done the hard work.

Damage To Additional Parts Due To Leaks

Furthermore, the oil leaks always leave a puddle of liquid underneath your car, which can cause damage to the wires and sensors within your vehicle. Be sure to determine if the rear main seal replacement cost is worth it for you. It might be best for you to sell your car to a reputable company and save some money for your next vehicle.

Is It Worth It For You?

After you have an estimate of the rear main seal replacement cost, this is when you decide if you want to spend this amount of money on your vehicle. Is your car in good shape, and is it worth it for the price? Driving with a rear main seal leak can be dangerous, since it leads to a low oil level in very little time. The low oil levels can severely harm your engine, causing a more expensive replacement and repair in the future.

You Can Cut The Price Of The Rear Main Seal Replacement Cost By D.I.Y.

After jacking your car up with a floor jack, you need to disconnect the battery. When you remove the transmission, you need to remove the starter during this process. Make sure no damage has been done to the starter – the average starter replacement cost ranges from $430-$700. To avoid short-circuiting and any electrical problems, you should disconnect the battery’s negative cable.

Next up, you need to remove the transmission. It doesn’t matter if the transmission is automatic or stick shift – it needs to come out. Be sure that the transmission doesn’t need any work, like a fluid flush or solenoid replacement. The major difference between these two is that the automatic will have two cooler lines running up through the radiator. These two lines need to be undone using a wrench, and the torque converter will need to be taken off from the flex plate.

Remove the torque converter bolts one at a time using the ⅜ inch drive socket and ratchet. After you remove a bolt, turn the crankshaft in the normal direction. This will continue until the next bolt appears, where you can repeat the same process.

If your car has a standard transmission, you will have a clutch and flywheel. These two parts need to be removed from the vehicle before replacing the rear main seal. A car with automatic transmission needs to have the flexplate removed – congratulations, it is easier to unbolt this mechanism.

If you are planning on replacing the old rear main seal with a new one, you need to match the new choice to the old unit, ensuring they match inside.

Use a gasket scraper to remove the old gasket material from the seal housing. After the cleaning is done, you can place the seal in the housing. Evenly hammer the seal into place. Once the seal is installed, apply a thin layer of sealant.

Apply a little bit of engine oil over the crankshaft hub before replacing the seal. Push the seal housing into place, reposition the block and oil pan bolts, and tighten the bolts. Finish by tightening the oil pan bolts. Use a small punch and hammer to install the retainer into place.

If you are short on money and don’t want to pay for a mechanic’s work, you can try your luck t replacing the rear main seal yourself in order to cut costs.

What If I Don’t Have Money For The Replacement But I Can’t Do It Myself?

If you don’t know how to perform the above steps to replace the rear main seal, you might not want to pay for the amount of money in an expensive rear main seal replacement cost. In this case, bringing your car to a reputable location to obtain a fair quote is your best bet. Check out CashCarsBuyer to sell your junk car and earn some extra money to put towards a new and safe vehicle!