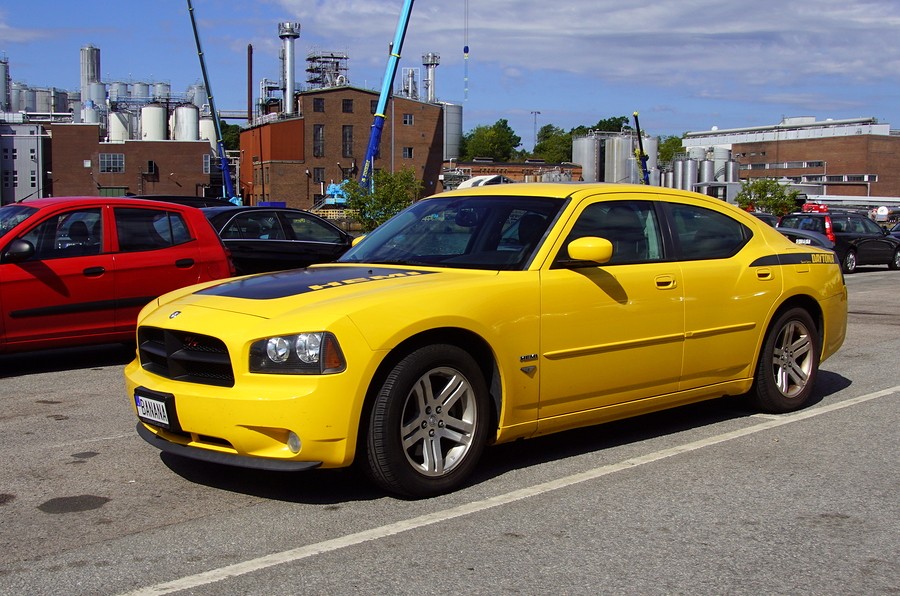 The Dodge Charger is a specific model of car that is manufactured and marketed by Dodge. The very first Charger was released as a show car in 1964. By 1965, a Charger II had been produced, leading to the first year of the actual product in 1966.

The Charger spanned from 1966-1978, 1981-1987, and 2005 – present day. Although there were gaps in the timeline, the Charger has remained a staple in the Dodge lineup. There have been several variations of Chargers over the years, having been built on three platforms and sizes. The Charger is traditionally used on hatchbacks, full-size sedans, muscle cars, and luxury cars.

Although the Charger has remained a popular model for the American public over multiple generations, the reliability issues that have plagued this specific Dodge model have not gone away. The Dodge Charger is ranked one of the least reliable cars on the road.

How To Determine Reliability?

The J.D. Power Quality and Reliability ratings are a combination of both the quality and dependability regarding each model of car. Quality scores are dependent upon the owner's response and feedback on new purchases, based on how the vehicle runs and the satisfaction levels of the customers. The dependability rating is based on the long-term ownership of the car for more than 3 years.

The Dodge Charger overall reliability rating is 3.5 out of 5.0, making it 10th out of 12th for full-size cars. This rating shows that the car is in the lower portion of the ratings, making it not a very reliable car regarding any year’s model.

The average annual repair cost for the Dodge Charger is $652, meaning that the repairs tend to be a little bit higher than average. The average is $590 for full-size cars, and $652 for all vehicle models. Despite hitting even for the all vehicle range, the amount of money paid per year in terms of cost is still middle-of-the-road for this model.

Cost refers to the average total annual cost of unscheduled repairs and the maintenance required for all model years of a specific vehicle. The higher average cost doesn't necessarily mean your vehicle is less reliable, but it could mean that the problem was more severe. The Dodge Charger reliability is in the middle of the road in terms of cost, meaning that the problems might not be extremely severe, but prevalent in the models.

Dodge Charger owners typically bring their vehicle into the repair shop for unscheduled repairs at a rate of .2 times per year, compared to the national average of .3 times for full-size cars, and .4 times for all vehicle models. This means that the frequency of problems is less than the average of all other cars on the market.

Frequency is the average number that the vehicle is brought into the shop for unscheduled repairs and maintenance within one year. This is calculated by keeping track of unique vehicles over subsequent years, determining the average number of visits per year depending on the make and model.

The probability of the repair of a Dodge Charger being a severe issue is 15% for the Dodge Charger, compared to just 13% for full-size cars and 12% for all vehicles. This means that although the Dodge Charger may not have to be brought in as much for repairs, the repairs are more severe than the competitors.

Severity is the probability that the repair will be a major issue and require extensive repair. The issue is severe if the repair costs are 3x the annual repair cost for all of the models.

The Dodge Charger has numerous problems that have hindered the Dodge Charger reliability in the modern marketing world. The worst problem category within this type of car is the engine problems. The 2006 Dodge Charger has the most overall complaints, and is ranked the worst model year due to the repair cost and average mileage at which the problems occur.

There are a few key problems that occur at various models of the Dodge Charger which have affected the reliability of this model. The top issues involve premature engine failure and alternator failure.

Premature engine failure is a common problem in many models of the Dodge Charger, most notably in the 2006 version. This repair typically costs a whopping $5,570, averages at around 94,590 miles, and has a severity rating of 9.4. The most common solution for this issue is to replace the motor or rebuild the engine.

Signs To Replace An Alternator

There are a few key signs that you need to replace the alternator in your car to keep it working at an optimal level. The first sign that the alternator is failing is that the headlights start blinking at night, going from dimly-lit to brightly-lit in a matter of seconds. The second sign is that a burning smell might be coming from the alternator, or the dashboard warning lights turn on. Lastly, the alternator being damaged can cause your radio or other electrical parts to work intermittently, and not work at a consistent level. The cost to replace an alternator is an average of $500-$1000.

This recall dealt with certain vehicles that contained 2.7-liter engines and MK25E braking systems. This combination provides inadequate clearance between the brake tubes and the exhaust gas tube, causing contact of the tubes. The contact can cause the brake tubes to wear through over an extended period of time due to the fraction. This constant friction can cause a brake fluid leak. The brake fluid leak results in a decrease of force while braking, meaning the time it takes for your car to stop is much longer.

Chrysler recalled Dodge Charger vehicles due to the power train system. The torque retention crim feature failed to be inserted during the manufacturing process. This resulted in one of the rear axle hub nuts not being tight enough, letting the half shaft disengage from the wheel hub. If the wheel hub is not tightened properly, the wheels can come off. If the wheels come off, this is a dangerous situation for your vehicle and passengers.

In addition, this problem could cause the vehicle to lose power and cause a crash without giving any warning to the driver. The chance for a car to lose power means the Dodge Charger reliability is very low, since losing power or control of your car while driving is a huge safety issue. If you find that the power train is constantly an issue in your car, a powertrain warranty might be the right choice for you in the future.

Chrysler was in charge of recalling certain model years of the Dodge Charger, specifically the 2006-2010 Chargers. The vehicles use a dual-stage driver frontal airbag that can be highly susceptible to moisture getting inside, causing the inflator to rupture after prolonged exposure.

Chrysler was in charge of notifying the Dodge owners, and making sure the dealers replace the driver’s frontal airbag inflator without any charge. The recall began on June 8, 2015.

In certain passenger vehicles with automatic transmission, the software in the powertrain control system can cause a short-term lock-up of the drive wheels. This typically occurs if your vehicle is driving over 40 miles per hour, and the operator shifts from drive to neutral. After the driver shifts to neutral and shifts back to drive, the lock-up can occur. There are numerous situations that can affect if you should fix your transmission or just sell your car.

If the wheels lock up while you're driving, the loss of vehicle control can highly increase the risk of a crash while on the road. Dealers will have to reprogram the powertrain control module free of charge. The lack of powertrain to work properly, highly reduces the dodge charger reliability in terms of driveability.

In certain vehicles, the anti-lock brake system control module can cause the rear brakes to lock up during certain braking scenarios. The ABS control locking up can cause the loss of vehicle control and cause a crash, without any warning to the drivers or passengers. Dealers will have to reprogram the ABS unit. If the ABS unit isn’t working properly and the brakes aren’t functioning optimally, the Dodge Charger reliability is greatly diminished.

In addition to the numerous safety issues and recalls associated with Dodge Chargers, the Dodge Charger reliability is further diminished by the most common issues plaguing all Dodge models.

There have been numerous causes of trucks having their engines blown out at extremely low mileage readings – sometimes as low as 65,000 miles. The only two options you have as an owner in this scenario is to replace the engine, or sell your car for cash.

Dodge has been plagued by instances of the dashboards cracking in several places. Although the Dodge models have since fixed his problem, the remembrance of the fragility of the dashboard has plagued Dodge owners.

Many Dodge owners have said that their Dodge car or truck has rusted very early-on after purchasing. In addition to looking terrible, rust can eat away at the metal of your car and can’t be treated – causing permanent damage to your car.

Numerous Dodge owners have reported that the front end of their car shakes when experiencing high speeds on the highway or straight roads. Although this has been fixed in recent years, this is a concern that dampens the Dodge Charger reliability when a buyer is looking for a new car.

What If I Don’t Feel Safe Driving My Dodge Charger?

If you found that your Dodge Charger reliability is especially low, then you might not feel comfortable driving your car. The Dodge Charger is an unsafe and unreliable vehicle, and has been considered one of the top 10 least reliable cars on the road today.

The 2006 Dodge Charger is especially high in terms of problems, with engine problems being of utmost concern. Driving around with engine issues isn’t something to take lightly, as the engine controls the acceleration and power in your car, and can cause numerous issues if not treated.

Although the 2006 Dodge Charger reliability is the worst, the other models are not much better in terms of consistency and safety. With common problems like premature engine failure and the alternator failing, the Dodge Charger isn’t a reliable car to drive on the road – for any year.

If you don’t feel like your car can go the distance, then you can bring your car to a reputable location that will provide a fair quote for your damaged car. If your car isn’t damaged, you can still turn in your car to a trustworthy location. Find a junk car dealer like CashCarsBuyer that will provide you with a quote, great customer service, and money for your vehicle – so you can go out and buy a safe vehicle for you and your family.