Heater Core: What You Need to Know About Its Problems and How to Fix Them 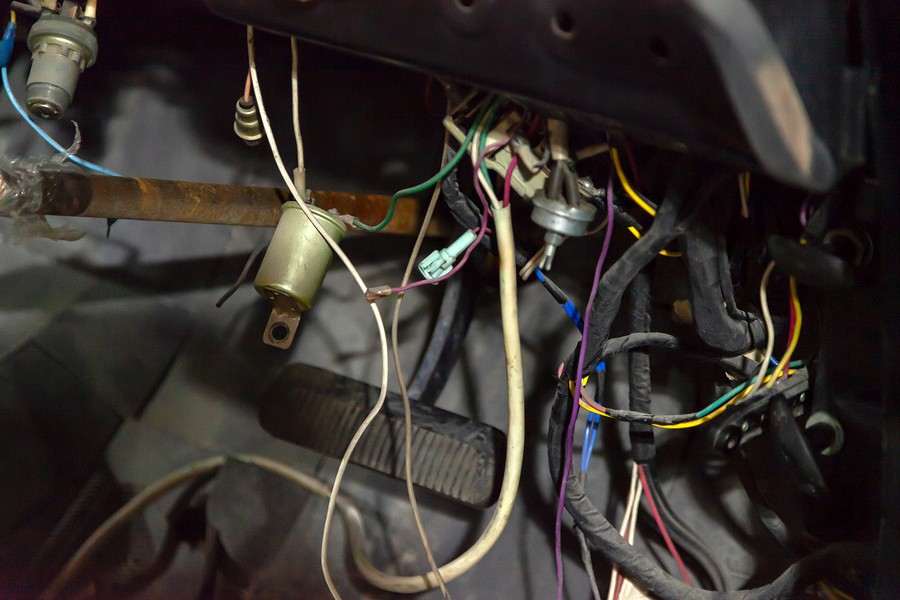 Not everyone knows what a heater core is or how to tell when it's not working properly anymore. The heater core is the system which transfers heat from the coolant running through your radiator to the interior of your car when you turn on the heater to warm yourself up. It's also one of the few systems in your car that can leak inside the vehicle where you and your passengers are. That means when something goes wrong with the heater core it could be a potentially messy issue. It may seem like a small system to break down, but it can lead to much bigger problems if it’s not addressed quickly.

How Do I Know if My Heater Core is Clogged?

There are a few ways for you to tell if you're having a problem with your heater core. Although some of these symptoms could be indicative of a different problem, if you're experiencing more than one of them, and are having trouble heating your car, then you might want to consider that your heater core is the problem.

There is a film that can form on your windows or even a kind of thick fog like you might see on a mirror when you're having a hot shower that indicates you have a heater core leak. This isn't actually steam that's forming on your windows; it's coolant that has been aerosolized by the blower fan and is blowing out on your windows. The fluid coats your windows and makes it difficult to see, and it could also be difficult to clean off.

You may also find that there's a leak coming from inside your dashboard that can pool on the floor of your car on the mats. You might also see it on the console in the panel in front of you as well. This will not necessarily be coming from the vents because it does leak from inside, but further down at any joints or cracks. If you see coolant leaking from those spots, then you know you have a heater core clogged or leak of some kind.

What Is a Heater Core Flush?

If the heater in your car isn't working and when you turn it on, and the fan just seems to be blowing cool air that it's possible you have a clog in the heater core itself. You can potentially fix this by performing a heater core flush. A heater core flush as the name suggests is when you flush the heater core system out to remove any debris or clogs that are causing it to work improperly. This can either be done with compressed air and water or just water alone, but compressed air may help loosen up some of the bigger clogs if it’s a serious problem.

Heater core flush is the kind of repair that you could do at home if you're comfortable disconnecting and reconnecting hoses in your engine and attempting to clean out the lines on your own. You can find walkthroughs and even videos that show you how to do it online but it's definitely a little more complex than something like adding more washer fluid to the reservoir. If you've never done any car repairs on your own before, and you don't feel comfortable with this level of work then it's probably best just to take your car to a mechanic to get it done. A mechanic might charge you somewhere between $100 and $150 to do a coolant flush like this.

If you are feeling confident enough to pull this off with the guidance you can find online, we can show you a basic step-by-step that could potentially save you time and money getting it fixed elsewhere.

How to Perform a Heater Core Flush

A heater core flush is not all that complicated. If you’re feeling up to it, this is what you'll need.

Once you have the necessary parts, the steps are fairly simple. Make sure your car is rested and cool before doing any of this, so you don’t burn yourself.

What Does a Heater Core Replacement Cost?

If the heater core flush doesn't work to get your heater core back to the way it should be performing, then you may need to have your heater core replaced entirely. Depending on the make and model and year of your car, the cost of a heater core replacement could range anywhere from about $500 to $1,000. Obviously this is quite a substantial range, but unfortunately we can't really narrow it down any further because it really does depend on the type of car you have, the condition that it's already in, and also where in the country you live. As you've no doubt experienced the cost of repairs can vary greatly even between two shops in the same town, and it’ll definitely change from one city to another. Clearly though this is an expensive part to replace if it comes to that so some routine maintenance can definitely save you a lot of money in the long run.

Can I Drive Without a Heater Core?

Some people might think that it's not a big deal to drive with a malfunctioning heater core. While the biggest problem seems to be that you'll be having to deal with a cold car on a cold day it could be a symptom of a much bigger problem. For starters, if it is leaking fluid then your windows can fog up and obscure your vision.

If you have a coolant leak somewhere in the system, you're running the risk of the engine overheating and leading to much bigger and more expensive problems in the long run. When your engine starts to overheat, you’ll notice some of the following symptoms.

Even if you don't feel that you need the heater core functioning, if there is a problem with it you really should get to the root of what it is just to be sure you're eliminating any bigger issues. As with many systems in your car, if you ignore a small problem it can grow into a big problem very quickly. What could have been a fix that cost under $100 could now be one that cost over $1,000.

PrevPreviousCash For Cars Las Vegas – Local Car Buyers Near You Now!
NextRear Main Seal Replacement Cost – Is It Worth The Price?Next