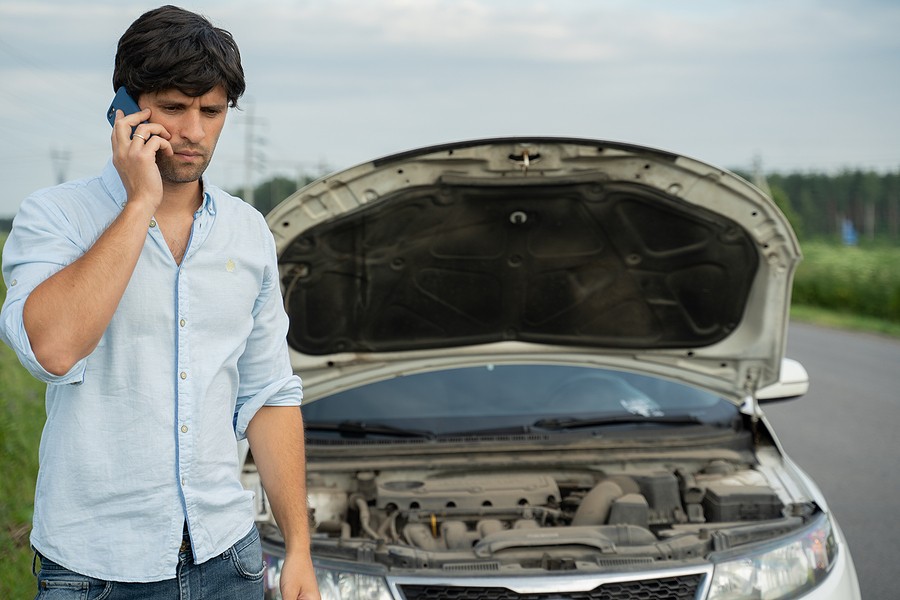 The OBD-II trouble sign of the p0335 code is a generic diagnostic trouble code that stands for Crankshaft Position A Circuit Malfunction. The code is first set when your car’s main computer, also known as the powertrain control module, cannot obtain the correct signal from the crankshaft position sensor.

The powertrain control module, usually abbreviated PCM, is an important automotive component that combines the engine control unit and the transmission control unit. The system as a whole is in charge of controlling a vehicle’s engine, transmission, and other driveline parts that are dependent on the type of car you have and are crucial in the inner workings of your vehicle.

The crankshaft is the moving part of the internal combustion engine that mainly functions to transform the linear motion of the pistons into rotational motion. The Pistons are connected to the crankshaft through the connecting rods and are mounted within the engine block. The other function of the crankshaft is to transmit power to other engine systems, like the valve timing, oil pump, cooling water pump, air conditioning compressor, and the alternator.

In some cars, depending on your vehicle's make, mode, and year, the signal from the crankshaft position sensor might also be used for other functions, like fuel delivery, valve timing, and the tachometer.

There are various issues that can trigger and lead to the turning on of the p0335 code. There are common causes of this problem that you should keep an eye out for in your car.

A damaged timing belt can turn on the p0335 code. There are clear signs and symptoms of a bad timing belt that can help clue you into when you should do a repair or a replacement. First, your engine might be running a rough idle. Since there are teeth on the timing belt that grab a hold of the gears as they are rotating the engine parts, if these teeth begin to become brittle or not work, the timing belt will begin to slip away from the gears. This will cause the teeth to jolt the engine and begin to stall, since the camshaft timing is incorrect.

The third sign of a faulty timing belt is smoke coming from your engine, since the top of every cylinder has two holes that are in charge of letting out the exhaust from the engine and letting in the outside air. The opening and closing of these holes are timed with the cylinder movement and the camshaft rotation if your timing belt has worn out this timing can be off, which means the exhaust will let out air and in at the wrong times. This is a clear sign the timing belt is damaged and can turn on the p0335 code.

Additionally, the oil pressure can decline in your vehicle if the timing belt has become damaged. If the timing of the belt is wrong, it can skip and break pieces on the camshaft, which can fall into the vehicle’s oil pan and cause the oil pressure to drop in the bottom of the engine,

Lastly, the final sign of a faulty timing belt or the p0335 code turning on is that the pistons or valves are broken. The worst symptom you can have is the timing belt breaking completely. Once this happens, the piston will hit the valves while they are open, resulting in the valves bending or breaking the piston.

To fix a damaged timing belt and prevent the p0335 code in your vehicle, the repair cost to replace a timing belt average between $300 to $500, with the timing belt usually costing less than $50, but the labor costing between $250 and $450.

Another cause of the p0335 code in your car is a faulty timing chain. Luckily for you, there are noticeable signs of a damaged timing chain that can indicate to you that it is time for a repair or replacement before the p0335 code turns on. The first sign is the engine misfiring or running poorly. The timing chain can stretch over time, causing the chain to skip a gear on the crankshaft and cause the engine's timing to fall out of calibration and cause a misfire, resulting in a lack of acceleration and power.

Secondly, there can be metal shavings in the oil that can harm the timing chain. If the timing chain begins to break down over time, small metal pieces might break off of the chain and drop into the metal oil pan. When you have your oil changed, if the mechanic tells you that there are small pieces of metal in the oil, this is a clear sign to replace the damaged timing chain and fix the p0335 code.

Furthermore, if your check engine light is on, this is a clear symptom of a faulty timing chain. The check engine light can come on for various reasons, but if it is the timing chain, you will need to figure out if a stretched timing chain has caused the poor engine performance and a higher rate of emissions, turning on the light and the storing of the p0335 code.

The last sign of a damaged timing chain in your vehicle is the engine rattling while idling. Unusual sounds coming from under your hood are clear signs that something is wrong with your engine and motor. When the timing chain is loose, this can cause a vibration in the motor that will lead to a rattling noise as the engine idles. Fixing the timing chain and the rattling can turn off the p0335 code.

The reluctor ring has various teeth and is in charge of providing the powertrain control module with the reference point to the crankshaft position. If this ring is damaged or is faulty, this can turn on the p0335 code. As the crankshaft rotates, the sensor produces a voltage signal, where each pulse is supposed to correspond to the tooth on the reluctor ring. If this does not work properly, the p0335 code will appear. The most common OBD-II code related to the crankshaft position sensor deals with this code, often caused by a failed sensor, wiring issues, connector problems, or a damaged reluctor ring.

If your car has circuit issues, such as loose wiring or damaged connections, then this can turn on the p0335 code. Signs of a poor ground connection or wiring issues can result in a no-start condition, where it will act like a dead battery or a loose battery cable, dim or flickering lights, a dead battery, or the inability to properly run the car at the right level of performance.

Issues with the PCM

If your powertrain control module needs updating or is not working correctly, this can turn on the p0335 code. There are some very common PCM failure symptoms that you should be aware of. One of them is your check engine light turning on, which can be a sign of multiple issues, but can lead to the PCM if you also have these following symptoms along with this light being on. The other symptoms include the car not being able to start or running roughly, the gas mileage decreasing and lowering fuel economy, a failed emissions test, the car engine sputtering or stalling, the shifting becoming erratic, and the p0335 code turning on.

Common Symptoms of the P0335 Code

First, the check engine light might turn on. Despite this turning on for a variety of reasons, if this turns on and you experience any of the other signs, this is a clear sign that the p0335 code is the culprit. Second, the engine might stall or hesitate, showing an issue with the camshaft or the motor. In addition, the car might have a hard time starting or it might run rough while the engine is starting and first revving.

In addition, the engine might misfire or run rough, having a rough idle and stalling while driving. Furthermore, your car might not even be able to start or turn on. And lastly, the tachometer might not work in your vehicle.