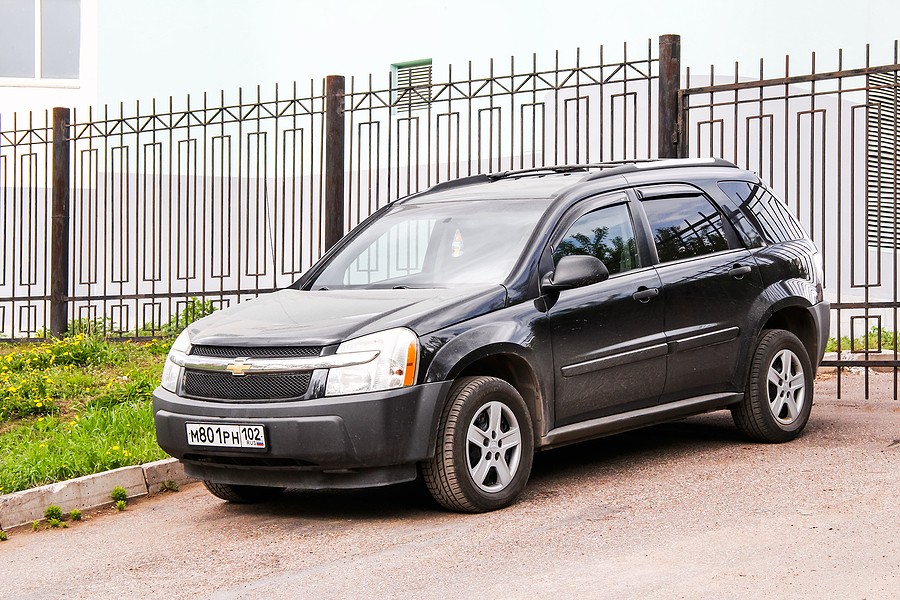 Back in 2004, Chevrolet first introduced the Equinox, for the 2005 model year. The vehicle served as Chevy’s first-ever entry into the realms of crossover SUV The Equinox was also manufactured on the Theta platform. Today, the vehicle continues to offer functionality as well as durability to drivers. But it has its share of issues that we will examine further. In particular, the engine of the Equinox gives problems to drivers. We will examine those issues and offer practical solutions.

The Chevy first as well as second generation Equinox have a 2.4-liter engine. The engine which is a four-cylinder engine offers drivers 182 horsepower. The engine is also used in other GM as well as Chevy and vehicles including the GMC Terrain and the Buick Verano. Therefore, all of the cars equipped with this engine are potentially open to experiencing the same engine troubles. The complaint of excessive oil consumption seems to be the biggest issue. Other Equinox owners report that their vehicle consumes more than a quart of oil per 1,000 miles. When the time comes for an oil change, the crankcase may be empty. Low engine oil from excessive oil consumption- is a huge cause of a blown engine.

What Other Issues Do Various Equinox Vehicles Have with Their Engines?

Many consumers reported issues with the 2005-2009 model Equinox. According to RepairPal.com: “he 2005-2009 Chevrolet Equinox has known issues with the EVAP system, a part of your emission control system. The EVAP canister vent valve or valve solenoid wiring may fail causing illumination of the check engine light, setting code P0446, and problems filling the tank with fuel. To correct the issue, the EVAP canister vent valve, solenoid, and wiring must be inspected. The most common fix is replacement of the wiring connector or replacement of the vent valve assembly.”

Chevy has grappled with its Equinox’s engine under-performing for a number of years. We have grouped the engine issues by model year. Check out some of the engine problems Equinox owners are stating!

“When driving stopped in drive and placed into reverse, the truck idles then shuts off completely leaving me to place the truck in park and start it up all over again in the middle of traffic. The reversing stops only when backing out of a parking space or parking. There are no lights on the dash that indicate what the issue could actually be. Which means several attempts and lots of money spent to see what could fix the issue.”

“Purchased 2013 Chevy equinox LTZ on January [of] 2013. A month later a moldy/rubbery smell [was] coming from the AC vents. It was getting worse so I took it to the dealer for checkup. They cleaned and disinfected ac system. Just be aware this vehicle will not survive on a tropic climate because of the mold …. Lame excuse from dealer. Two years later still having same problem…”

“Went on 1,000-mile trip and car died. Was able to jump it every time and it started. Return trip of another 1,000 miles. Car was chugging while parked. Later engine was making a rattling sound. Put it in reverse to park and engine died. Made a terrible noise when trying to start it. Took to dealership and they said that the timing chain caused engine to fail and also oil was completely dry. I get my vehicle serviced regularly by randy reed Chevrolet in St. Joseph, MO. (free of charge since purchasing the vehicle 2 years ago) was never once told of an oil burning issue.”

“Truck was sputtering while driving and could smell oil & had smoke coming from back. Took to Chevy dealer in January. Dealer replaced mass air flow sensor & bored/reset throttle body & reset idle. They claimed there wasn’t a leak. Two weeks later oil was pouring from under my truck & it was back at the dealer with proof of a massive leak. They kept my truck till march 23 and it was the PCV port had to be modified and blown rear main seal on the engine ($1,948). I only have 65,000 miles on it. Researching 2016 model, i found the main issues are the PCV port & rear main seal and the fact that general motors was & is aware of the problem! Why isn’t something being done?

“Are there any issues with the engine of any 2020 Chevy Equinox vehicles?”

We found a few!

“Vehicle completely lost engine response reaction to acceleration peddle from a yield turn into main road. From the yield, slow rolling less than 1 mile per hour, i stepped on the gas pedal to merge into the main road and the vehicle had zero response for nearly 30 feet. If there was a car coming, i would not have been able to avoid being completely hit in the side.”

Equinox has 4636 miles and all three times it has been driven in snow a service esc message comes on dash and traction control and stability control are turned off along with AWD.  One time was highway driving, and other two times on a local street. Also, while driving down the highway the dash message said reduced engine power (stayed on for 400 miles/two days) may reduce speeds to 50 mph.”

“The contact owns a 2020 Chevrolet Equinox. While driving 5 mph, the brake pedal was depressed and the vehicle started to shake excessively. The check engine warning light and traction control warning light were illuminated.”

How Much Does A New Engine Cost for A Chevy Equinox?

Generally, for an Equinox engine repair and replacement out of the warranty coverage window, you are looking at about $3000. This cost varies once you factor in the particular mechanic as well as parts and labor.

Is Chevy Equinox A Reliable Car?

It would depend on who you ask. Acording to RepairPal.com: “The Chevrolet Equinox Reliability Rating is 3.5 out of 5.0, which ranks it 23rd out of 26 for compact SUVs. The average annual repair cost is $537 which means it has lower than average ownership costs. While repairs tend to be more severe than average, these issues occur less often, so major repairs are infrequent for the Equinox.”

Are There Any Recalls On Chevy Equinox?

GM has recalled specific 2019-2020 Chevrolet Equinox all-wheel drive vehicles. The recall states that the fuel tanks may have been processed with a sealed seam that was improperly assembled. This may possibly allow for fuel to leak along the seam, located near the fuel inlet. General Motors is to notify owners- as GM dealerships are to repair and replace the fuel tank, at no cost to the Equinox owner.

Why Is My Chevy Equinox Burning Oil?

Many Equinox owners have reported excessive oil burning at an unprecedented rate. To address this, a GM class action suit outlined this. Because the Chevrolet Equinox SUVs were burning motor oil at an unusually high rate, this can cause engine damage as well as other complications for Equinox owners.  Because of this issue, two Equinox owners filed a class action lawsuit filed by two vehicle owners. The plaintiffs in the suit alleged that their Equinox vehicles- that are equipped with an EcoTech 2.4-liter engine caused the vehicles to consume oil at levels that were too high. Not only was excessive motor oil an issue, but the plaintiffs in the suit also alleged that the Equinox vehicles were fitted with an “Oil Pressure Warning” system that failed to work.

Tired of Getting that Equinox Fixed? Sell It!

Are you sick and tired of pouring money into your Equinox, only to have lights gleam from the dashboard and issues with the engine “rev” up your frustration? Sell that Equinox to Cash Cars Buyer! E buy Equinox vehicles with blown engines! Forget spending money and countless hours and days, being without your Equinox, and just click here! You will be led to our site, where you can obtain a FREE online quote on that Equinox- in a matter of minutes!

Not only can you obtain a FREE online quote on that ill-equipped Equinox, but you can also receive “FEE-FREE” Equinox selling services as well as FREE Equinox removal! It will cost you nothing to sell your Equinox to Cash Cars Buyer!

So, forget dealing with that engine and get the money you need, want and deserve FAST!