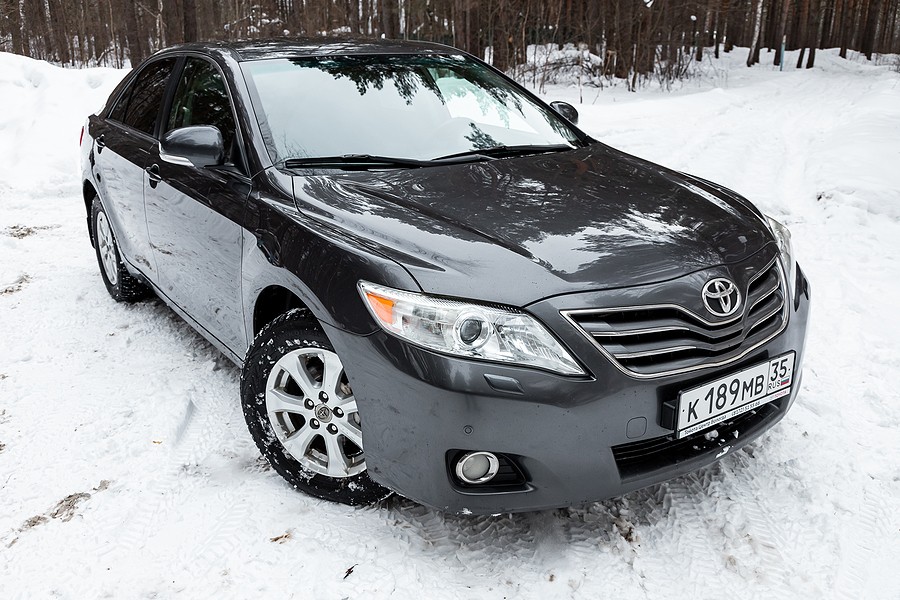 Here at CashCarBuyers we took a deep dive into the troubles plaguing the Toyota Camry all the way back to its inception. Read on to learn more about Toyota Camry recalls and see for yourself if the Toyota Camry is a vehicle you would like to drive on the open roads or on the city streets.

Brief History of the Toyota Camry

The Toyota Camry first splashed onto the scene in 1983 with a sleek four door look and powerful front wheel drive. One of the main selling points of this vehicle was no fuss, no mess exterior look. No flashiness or extra frills adorned the interior but for some, the Toyota Camry fit the bill as a vehicle that would get you from point A to point B. Throughout the years as the Toyota Camry morphed and shifted, production grew allowing a factory to be built in Kentucky bringing jobs and stability to rural areas. Ramping up production also meant a new powertrain was added to the collection such as a 2.5-liter V-6 engine. However, as we all know with any vehicle model trouble starts to start somewhere. The first sign of trouble for the Toyota Camry was in 1996 when a recall became the buzz of the vehicle industry. Unfortunately, as you will read from our findings below things just got worse from that point on for the Toyota Camry.

In 1996 the first recorded recall for the Toyota Camry came crashing into its near perfect exterior. This particular recall focused on the tail lights positioned on the exterior of the Toyota Camry. The problem with the tail lights as the material was not heat resistant to extreme heat. When the bulb was illuminated, the potential for the bulb holder to deform was very probable. This defective bulb could potentially create a situation where your Toyota Camry would be more difficult to see on the open roads.

A year after the first recall for the Toyota Camry, another recall reared its ugly head. This particular recall affected 19 states ranging from Maine to South Dakota. The gist of the recall centered on the brake vacuum hose and it’s vulnerability to trap moisture. This trapped moisture could temporarily freez the brake vacuum hose if the vehicle was in freezing temperatures hence all of the colder weather states mentioned. If this brake vacuum hose was to freeze the vacuum assist to the brakes would stop working resulting in the brakes being non usable at that point.

The year 2001 was a tough one for the Toyota Camry. Two separate recalls were announced in the same year one in January and one in March. The recall in January focused on vehicle speed control. According to the recall, the accelerator cable housing might be deformed which could potentially affect the accelerator inner-cable. This could increase the risk of a vehicle crash with throttle returning to idle. The second Toyota Camry recall was a structural issue that was discovered in March 2001. This issue centered on the sub frame assembly which apparently had not been welded adequately. This problem could increase the risk of a crash due to long-term usage.

It appears from the years 2001-2003 the Toyota Camry was relatively incident free from recalls or problems. However, in 2004 two recalls were issued for the 2004 Toyota Camry. The first recall was issued in July and focused on the air bags, specially the curtain shield airbags. The main problem with the curtain shield airbags was the bags may be twisted near the inflator. This could potentially cause the airbags to not inflate quick enough when in a vehicle accident. If the airbags do not inflate quickly, precious seconds are wasted increasing the risk of death and injury to the driver and passenger of the 2004 Toyota Camry. The second recall was in December of 2004 and centered on problems with the seat belts, specifically, the rear facing seat in the Toyota Camry. The risk as this recall explains is it may be possible to unseat a component in the seat belt system called the buckle status switch. If the buckle status switch is removed from the seat belt buckle the vehicle may not recognize a passenger and therefore the deployment of the airbag may not occur at all in this model of the Toyota Camry.

The particular recall for the 2005 Toyota Camry is a unique one. According to the recall, there was a misprinted label on the inside of the passenger floorboard  indicating the incorrect spare tire size. This may seem like a small issue but if the driver were to get the incorrect size tire the entire vehicle would be off balance. This could potentially cause a dangerous driving situation for the passengers inside the vehicle and for the driver of the 2005 Toyota Camry.

Similar to the year 2001, 2006 was also a tough year for the Toyota Camry. Three recalls were created for this vehicle focusing on airbags and exterior lighting. The first recall was issued in March 2006 for the exterior lighting. The main issue with this model of the Toyota Camry is the combination lamps were not equipped with the amber reflectors. This was also deemed as a problem in the May 2006 recall citing the exact same problem. Not having these amber reflectors on the vehicle creates a dangerous situation where the vehicle may not be able to be seen on the open roads. The last recall for the 2006 Toyota Camry was issued in April 2006 centering on the airbags. According to the recall, the airbag inflator was not properly assembled. The expansion force of the gas could potentially be insufficient to correctly inflate the airbag if there was a crash. This lack of life-saving airbags could create a deadly scenario for the driver and the passengers in the vehicle.

In 2007, the recall of the 2007 Toyota Camry focused on an equipment error, specifically the floor mats on the vehicle. Though this may not seem like a huge problem it could potentially cause a sticky driving situation. According to the recall, the accelerator pedal could become stuck when the driver is returning to the idle position. The accelerator pedal could become stuck on the existing carpet floor mat potentially resulting in a dangerous driving scenario for the driver and all those involved. This was a particularly interesting recall due to the seemingly innocuous nature of a floor mat. However, when further explained it is clear a defective floor mat in the vehicle is something that should be replaced as soon as possible in the 2007 Toyota Camry.

The Toyota Camry in 2008 only had one specific recall issued. The headlights in the 2008 Toyota Camry produced by K2 Motor recalled 1,921 Toyota Camry vehicles due to the missing amber side reflex reflectors within the exterior headlights. This missing piece creates a dangerous driving situation where other drivers may not be able to see the 2008 Toyota Camry on the open roads or the city streets. In addition, this could potentially create a scenario where the driver has limited visibility while driving.

That’s all folks! At CashCarBuyers, we investigated the full line up of problems involving the Toyota Camry. Of course, since there are usually hundreds of vehicle recalls per year we had to stop our investigation of the Toyota Camry at the year 2008. If you would like to learn more about Toyota Camry recalls we recommend utilizing the NHTSA website for a full overview. As always, if you have a Toyota Camry and want to know how much money you could receive for it, contact CashCarBuyers today! In addition, if you want to read more exciting articles like this one our blog page is a wealth of tips, tricks, and tidbits about all vehicle makes and models. We are excited to meet you and hear your vehicle story!

PrevPreviousP0335 Code – What Is It And What Are The Causes?
NextDodge Ram Transmission Problems: Everything You Need to Know Next