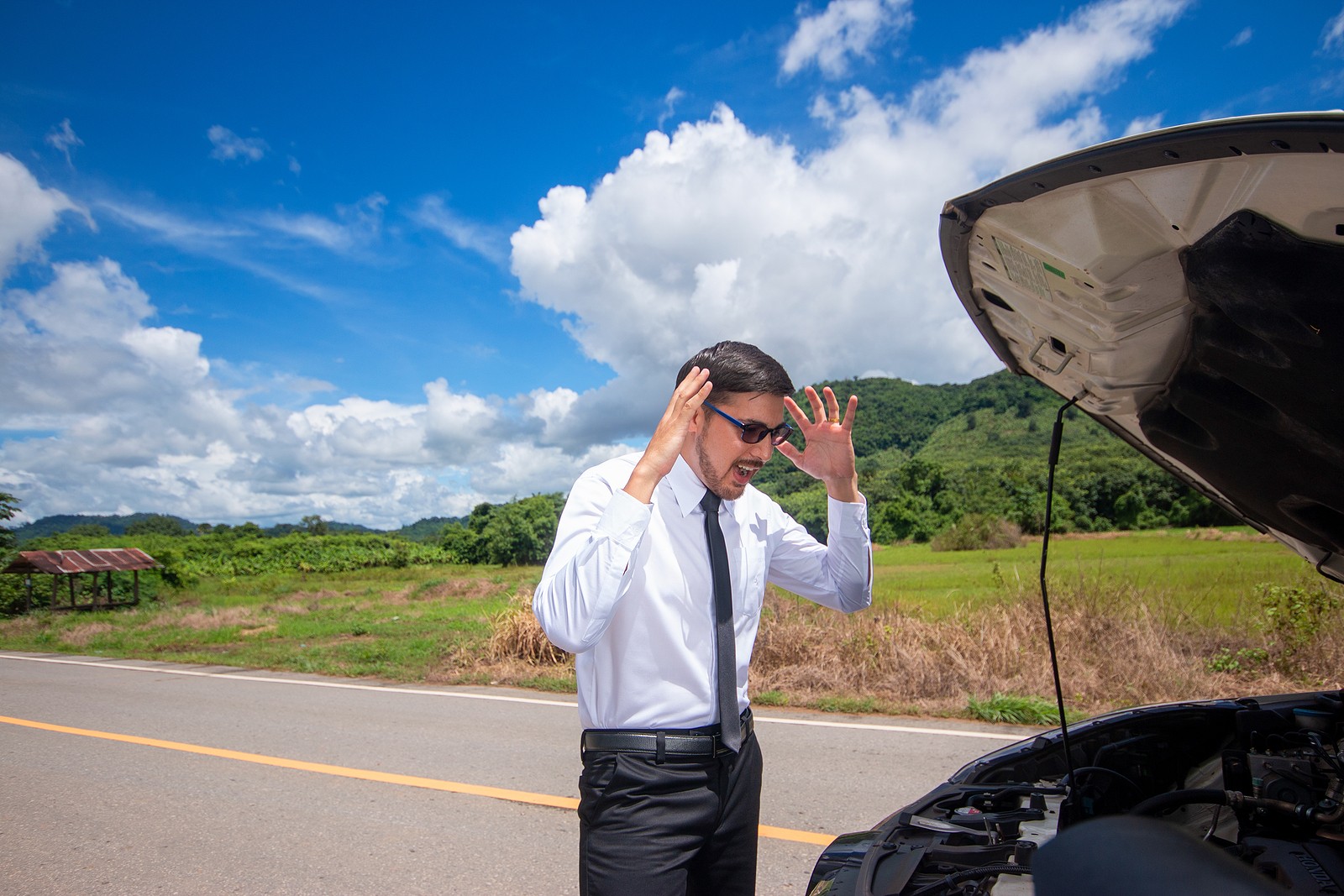 The P011 code deals with the variable valve timing system. This can increase the fuel economy, your miles per gallon, and the amount you can drive with the same amount of fuel. The engine performance can be determined using this code by when the intake and exhaust valves are opening and closing. The camshaft can be adjusted through the electronic control module through the use of the oil control valve, which is also called the variable valve timing controlling the solenoid valves. When the P001 trouble code appears and is set in your car, this means that the intake camshaft in Bank 1 is more advanced than what the electronic control module told it to be.

There are many causes that mean the P0011 code will show up in your car. The first cause is that the camshaft and crankshaft sensors can indicate that the camshaft is more advanced than the electronic control module has commanded it to be in advance. The camshaft sensor is a device that gathers information about the camshaft speed and sends it to the vehicle’s electronic control module. The ECM then uses this data to determine when the timing of the ignition should be, and the timing of the fuel injection that the engine requires. Without this, the engine can’t function right and the P011 code will show up.

The next cause of the P0011 code is the camshaft is too advanced when the electronic control module has commanded the camshaft to retard to a lower timing level. The camshaft is a shaft to which a cam is fastened to, which has several individual cam lobes attached to it. The camshaft causes the lobes to open and close the intake and exhaust valves in time with the motion of the piston. If the P011 code appears, then the camshaft is not working correctly.

The third cause of the P0011 code is that the oil control solenoid to the bank 1 camshaft could be stuck or have clogged passages. If there is a bank 1 camshaft problem, then an error code P0340 might appear along with the P0011 code. This means that the computer has sent a signal to the camshaft position sensor, but it does not see the right signal that is being returned from the sensor.

What are the symptoms of the P0011 code?

Figuring out the main symptoms and signs of the P0011 code can help you determine what the root cause is and how to fix it in your car. The first symptom of the P0011 code is that the electronic control module can turn on the check engine light and command the camshaft to go to its normal starting position. The electronic control module is the system within your vehicle to control the functions of the electrical systems. This system is designed to keep your engine running at the optimal level.

The next sign of the P0011 code is that the engine might have a hard time starting if the cam is stuck in a far too advanced or retarded timing position. The third sign of the P0011 code from appearing in your vehicle is that the engine will show a huge reduction in fuel mileage, due to the camshafts not being in their correct positions that can promote the car to get the highest fuel economy and miles per gallon.

Along with the P0011 code affecting your gas mileage, there are other factors that can cause a low fuel economy and cause lower miles per gallon. Your engine might have to work harder if you take numerous shorter trips during the day or the week, you frequently drive in cold weather, the heavy braking or acceleration, high vehicle weight or towing weight, fuel injector issues, speeding while driving, or the oil type that you use.

In addition to the P0011 code due to low fuel mileage, the engine can also run rough, hesitate and shudder while using, and stall depending on the camshaft positions. A rough idling engine can be caused by spark plugs or spark plug wires, with spark plugs using the electrical current from the ignition coils to ignite the air and fuel mixture with the combustion chamber.

Lastly, the final symptom of the P0011 code showing up in your vehicle is that the engine emissions might exceed the necessary levels and fail an emission test. An emissions test determines the level of air pollutants that are emitted from the exhaust of your car. If your car fails the test, then repairs and checks must be done on your vehicle before it can be re-tested and deemed to be safe to drive.

How does a mechanic diagnose the P0011 code?

In order to determine where the P0011 code is coming from and the best way to remedy this issue, you should bring your vehicle to the local mechanic of your choice so that they can diagnose the code and troubleshoot how to fix the problem.

First, the mechanic will perform a visual inspection of your car to determine if any of the wiring is faulty. He will look at the electrical connectors, wiring, or valve issues that are present of the camshaft oil control valve for the bank 1 intake camshaft. The camshaft of the intake camshaft on the left or front of the bank is what contains the soldiers and indicates that the camshaft timing is above the threshold.

Second, the mechanic will check the engine for it to be full of clean engine oil that contains the right mixture and the right level of viscosity. Engine oil viscosity is how easily oil can be poured at a specific temperature, with thin oils having lower viscosity and able to pour more easily at lower temperatures than thicker oils with higher viscosity. Thin oils reduce engine friction and heat buildup, and help engines start quicker during cold weather and prevent stalling.

Next, the technician will use a diagnostic tool to scan and document the codes in your vehicle. He will then review and analyze the freeze frame data to see where the P0011 code was set. After analyzing the codes, the codes should then be reset to clear the OBD-II fault codes and the vehicle should be retested to see if the P0011 code comes back.

The OBD-II diagnostic fault codes are important to determine the issues with your vehicle. When the PCM recognizes and identifies a problem that is stored in its memory, the code and the organization of the code can help you determine the cause of the failure. The diagnostic codes that are required by law are generally the same on a common code list between manufacturers, making it easier for you or your technician to diagnose the real problem. OBD II codes consist of a five-digit alphanumeric ode with the same format type, like the P0011 code.

“P” refers to the powertrain code, regarding the engine and the transmission. The “0” means the code is a generic OBD code, while the last two digits refer to the fault description.

Once the codes are analyzed, if the P0011 code returns, the next step for the mechanic and technician is to perform a specific pinpointed repair to the P0011 code and find the necessary repairs to reset this specific code in your vehicle. Following the manufacturer’s recommended pinpoint test to hone the problem to a specific area must be done, since each engine is different and tests differently, and possible engine damage could occur if the tests are not performed in the right order.

Mistakes when diagnosing the P0011 code

In order to avoid any misdiagnosing or any issues with troubleshooting the P0011 code, there are some simple guidelines that can be adhered to in order to prevent any mistakes or overlooking of issues. First, make sure that you always do a visual inspection before taking your car into a mechanic to see if there are other immediate issues that need to be addressed. Check to see if the electrical connections are intact or if there are other clear warning signs that something else needs to be fixed soon as possible, along with the diagnosing of the P0011 code.

Next, check engine oil to see if it is full, clean, and the correct viscosity. Engine oil that has been contaminated or contains debris can easily wear down over time. If your oil loses viscosity or becomes infected with dirt and metal, then it could become actively corrosive, meaning it can consistently speed up the process of engine parts break down and corrosion, and cause more engine problems in the future and cause engine breakdown and possible engine replacement.

In addition, you or your mechanic should check, document, and clear the failure codes, including the P0011 code. Test to verify the code coming back before any further tests are performed on your car. If you do not verify that the P0011 code is the actual problem, then you might end up doing a lot of diagnostic work for the wrong reason.

Next, the manufacturer pinpoint test procedures should be followed in the correct steps without skipping any of the procedures. This can help to prevent a misdiagnosis and the replacement of components in the system that are actually working and not related to the fault P0011 code. This can save you money and time, lowering the labor costs and the overall price of the fix for the P0011 code.

Lastly, do not replace any sensors or components of the steering system unless the test indicates there is a clear problem with these parts.

Although you might not think this is a big deal regarding your vehicle, you are mistaken. The P0011 code can cause a lot of unwanted effects if you do not take care of the diagnostic fix and keep your vehicle in working condition. The engine might run erratic and stalls while driving, which can be very dangerous while you are driving on highways. It can also run rough, or have a tough time starting and turning the key in the ignition.

Further, the engine could have a higher fuel consumption, lowering your total miles per gallon, carbon fouling of engine components, and other complaints that are dependent on the camshaft failed position.

Lastly, driving the car for a long time without fixing or addressing this P0011 code and with the camshafts not advancing in the correct position can cause many other issues, like the valve train or the engine malfunctioning, depending on the root cause of the failure.

To diagnose and correct the P0011 code, there are certain repairs that you can have done to ensure your vehicle continues running safely. You can reset the fault codes and perform a road test to make sure the P0011 code does not appear again. You can change the oil and the filter to ensure proper oil viscosity in the engine that adheres to the specific engine specifications. Next, repair or replace the wiring to the camshaft oil control valve for bank 1 intake camshaft. Replace the camshaft oil control valve for bank 1 intake camshaft to ensure the oil control is working properly. Lastly, check the timing chain alignment for any timing issues that may have contributed to the P0011 code.