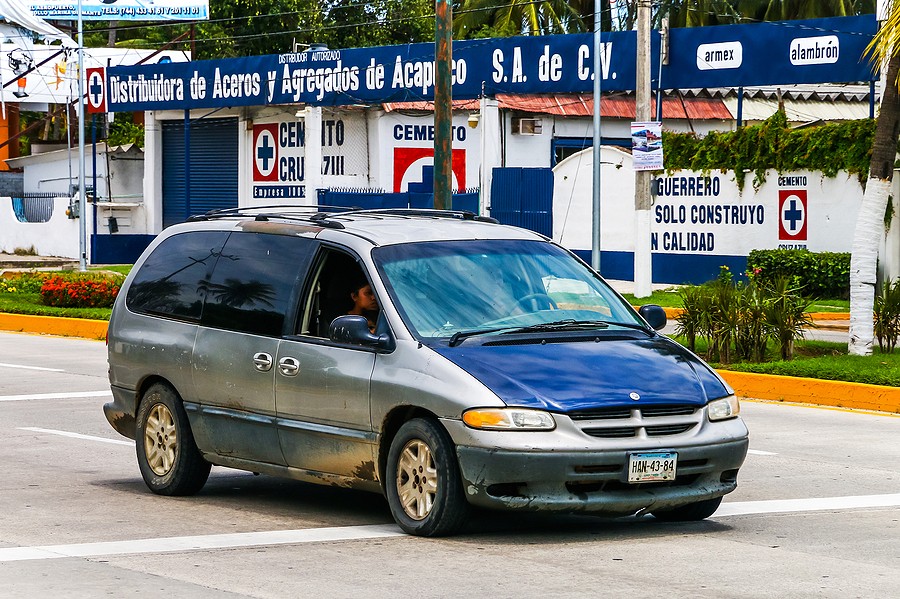 The Dodge Grand Caravan has a whole host of problems that span various model years. Despite being a reputable and well thought of car company, Dodge produced a car that was unreliable and unsafe in this aspect. The Dodge Caravan problems have outweighed the benefits, and have shown through the years especially from 2005-2011. Despite the 2005 Caravan problems being the most abundant from users and the NHTSA, the 2011 is often ranked as the worst model because of the frequency of issues, the severity of the Caravan problems, the onset time of the issues, and the mileage at which these issues occur. We are going to focus on the years of 2005-2011, and how the Caravan problems have been reduced in the past three years of production, from 2018-2020 especially.

Along with these issues within the Dodge Caravan, there are also five other common issues that owners experience with Dodge Cars. These are problems to look out for in the Dodge Caravan, and include a faulty and complicated gear shifter, a low mileage engine blow-out, fragile dashboards that can shatter on impact, rust occurring underneath of the car, and a wobbling front end. By noticing and recognizing these common Dodge Caravan problems, you can avoid costly repairs and take your car into a mechanic before the problem worsens over time.

Regarding the power door locks not working, this is a relatively inexpensive fix at just $90, but can be annoying if this continues to occur over time – and it does with this model. This repeated problem is such an issue that there have been over 160 complaints from car owners. The most common solutions for this problem of the power door locks not working is to remove and reinsert the 20 amp fuse, disconnecting the battery for a few minutes, removing the BCM fuse, and updating the firmware in the body control module.

Users have reported that this issue shows that the doors will not lock or unlock with the key fob, the sounds of the locking work but the doors do not actually open, and the driver’s side electric window will only work intermittently.

The second category that features the most user complaints for the Dodge Caravan problems is the brakes section, with the most issues regarding the rotors wearing out prematurely, the brake pads wearing out very early, the ABS light turns on for no reason, the brake calipers locking up, the brakes pulsating when hot, and the flexible brake line bulging at the calipers.

The rotors wearing out prematurely can be fixed by either replacing the factory rotors and pads with aftermarket products, going to an independent mechanic to fix the rotors instead of the dealership, and resurfacing all 4 rotors. The average cost of this is $500 and usually occurs at around 40,000 miles.

The brake pads wearing out before they should generally costs around $300 for the typical repair cost and occurs at around 48,000 miles, with the most common solutions betting that you need to replace the rotors and pads, or just replacing all of the brake pads themselves. Users state that if you do not fix this problem the brakes can get very hot, the brakes can start smoking, and the brake pads wear down very quickly.

The last set of Dodge Caravan problems that have deterred users from purchasing this vehicle is in relation to the AC and the heater. The main issues within this system revolves around the AC or heater not blowing air in to the car, the rear evaporator core corroding and leaking, the AC and heater motor failing, the AC making noise while using, the heater not working correctly, the AC compressor failing over time, water leaking from the condenser, AC having a bad odor when you turn it on, the AC blender not working, and the defrost system malfunctioning.

In order to fix the AC and heater not blowing, this typical repair cost will run you just over $1,000, and will occur at just below 80,000 miles. The most common repair for this issue is to replace the resistor located behind the glovebox or replace the switch.

The main user reports of problems with the exterior lighting deal with the tail light smoking, the turn signals stopping working in the front, the headlights go out while you are driving, the left side lights not working when the headlights are switched on, and the lights go on and off on their own. These issues have caused one crash, two fires, and occur at around 83,000 miles.

With a high amount of recalls, the Dodge Caravan problems have shown that this car is unsafe and unsmart to drive. The first recall was in February of 2004, when the seat belt retractor assembly was acting faulty. The seat belt was reported to not properly restrain the occupant during certain crash conditions, and affected over 3,000 vehicles.

The second recall waxed two years later in March of 2006, and affected nearly 270,000 cars. This dealt with the front windshield motor wiper not working correctly. In certain operating conditions and creatine weather conditions, the front windshield wiping capability could turn off and stop working. This could cause the driver’s vision to become obscured and result in a much higher instance of a crash.

Next, one year later, there was a recall about the curved and tempered automotive replacement glass. In the event of a vehicle crashing, the occupants could be seriously injured by the glass, since it is easier to shatter than other glass in other models.

Furthermore, the next recall was three years later and affected nearly 310,000 vehicles. This dealt with the front airbag crash sensor failing during use. If the front crash sensors are damaged or are not working correctly, the driver should be alerted by the illuminated warning lights on the dashboard. They will be notified by the airbag warning light that they should take their car into service immediately. Until the vehicle is brought into a mechanic and repaired completely, the airbags might not protect the occupants in the event of a crash.

Compared to the previous year, the 2006 Dodge Caravan was a relative success. With only minimal complaints regarding the steering system, this model was much safer than the previous year, despite not being perfect – as we will be able to see in just a couple years in 2008, when none of the earlier problems were remedied. The main issue regarding the steering problems in this model focus on the power steering being noisy, the rack and pinion leaking, and the whining noise coming from the front end. To solve this issue, the typical repair cost is just $30, with owners needing to drain and replace the power steering fluid.

Just like the 2005 Dodge Caravan, the same car three years later also had a high number of user and NHTSA complaints, with the main issues revolving around the braking and electrical systems of the car. User issues about the brakes generally involved premature brake failure, the brakes squealing, the rotors being warped, the brake calipers sticking, and the brakes locking up during use. To remedy the premature brake failure, the typical repair cost was around $450, and occurred at around 30,000 miles, having users needing to replace the calipers, rotors, and pads.

Despite the Dodge CAravan having fewer complaints than the 2005 Dodge Caravan, this could very well be the worst model year on the production lineup due to the severity of the issues and the prevalence of NHTSA safety complaints. The main user complaints dealt with electrical problems, while the NHTSA also complained about the electrical system and the fuel system.

The main user complaints regarding the electrical system in the 2011 Dodge Caravan referred to the TIPM being faulty, the car not starting, the car being difficult to start, a faulty alternator, the engine cutting out while driving, the battery exploding on startup, and the radio not working correctly.

Regarding the TIPM being faulty and the car not starting, the typical repair cost for this fix is around $1,220, and generally involves replacing the TIPM module or reconnecting the ground on the TIPM fuse box. This problem has generated 139 complaints and occurs at just below 80,000 miles for the average Caravan owner.

The NHTSA also has numerous issues with this electrical system, focusing on the electrical system as a whole and the alternator and the ignition. These problems have caused 13 fires, 4 injuries, and occur at around 60,000 miles. Users have reported that the sliding doors on both sides of the van do not work occasionally, the key just cranks but does not turn the car on, the airbag lights turn on and off, the transmission fails, and the sliding door does not unlock manually.

The NHTSA concerns about the fuel system deal with the propulsion system, the gasoline, and the gasoline delivery method via the fuel pump. The propulsion system has caused one crash, one fire, two injuries, and occur at around 77,000 miles. Users have reported the issues about the car cranking and never starting, the car containing a faulty TIPM module that causes issues with the fuel system, and the car shutting off while driving.

There have been three recalls for the 2011 Dodge Caravan, starting with the recall for the steering column in 2011. A missing rivet, or one that has been improperly installed, could put the driver at risk of controlling the car. It would compromise the ability of the steering column to support the loads in the event of a frontal crash, and decrease the effectiveness of the frontal impact safety system. This can result in an increase in injury during a crash, and has affected over 11,000 vehicles.

The second recall was in May of 2014 and affected nearly 650,000 vehicles. This dealt with the vent window switch overheating, which can result in a vehicle fire over time. The last recall was in 2017, and affected over 200,000 vehicles. This dealt with the inadvertent airbag deployment due to a faulty and damaged wire, which can increase the risk of a crash or injury in the event of a crash.

Since the year 2017, the Dodge Caravan has only had 3 total complaints about the newest models, in comparison to 583 in just 2008 alone. The newest models are reliable and safe to buy due to the lack of user complaints or NHTSA issues, but the older models, specifically the 2005, 2008, and 2011, would not be safe or reliable to buy, mainly due to the TIPM being faulty, the instances of premature brake failure, and the brake reliability issues.

PrevPreviousP0011 code – What Does It Mean For My Car?
NextBrake Flush Cost – How Much Will I Have to Pay?Next