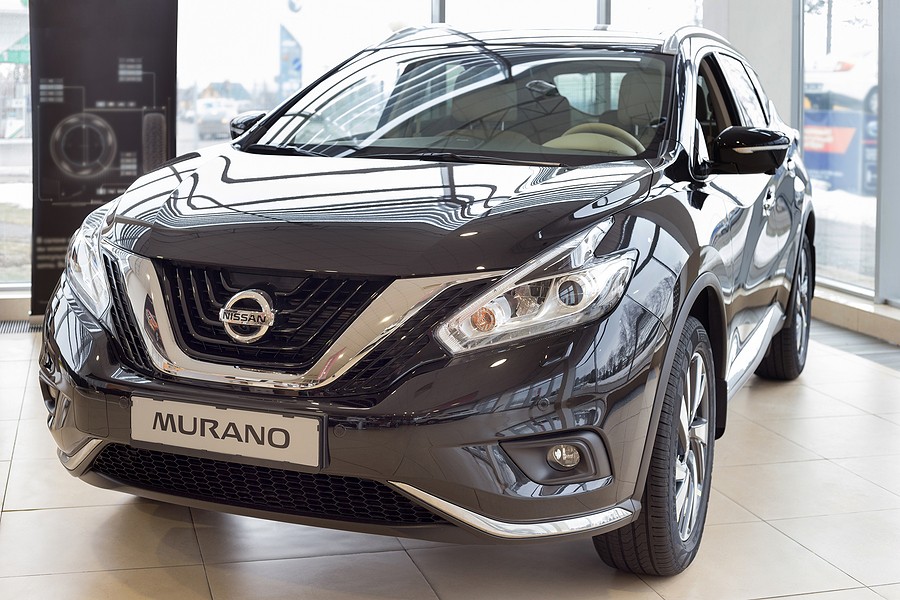 Nissan is a Japanese automobile manufacturer that is headquartered in Yokohama. Selling cars under the various names of Nisan, Infiniti, and Datsun, this company has been a part of the Renault – Nissan – Mitsubishi Alliance since 1999. Back in 2013, Nissan was the sixth largest automaker in the world, only second to Toyota, GM, Volkswagen Group, Hyundai Motor Group, and Ford. Also the world’s largest electric vehicle manufacturer, Nissan’s global sales surpass more than 320,000 electric vehicles as of 2018. With such a high quality reputation and trust in the community, you would think that Nisan can't possibly produce any bad cars, right? Wrong. The Nissan Murano problems have haunted the company for years.

The worst problem spanning all models of the Murano was the interior and accessories problems, with the 2004 Nissan Murano having the highest amount of total complaints. Despite this, the worst rated model is the 2009 Nissan Murano due to the high repair cost and the problems occurring very soon in the car’s life, and happening at a lower mileage. The most reported problem in all Nissan Murano models is the door handles breaking.

As we know, the Nissan Murano problems have plagued numerous years, and this holds especially true for the 2004 Nissan Murano. There have been the most complaints on this model directly, with over 40 user complaints on the body and paint problem category, 32 for interior accessories, and 22 on the engine problems. The NHTSA has made numerous complaints, with the most being in the category of electrical problems, followed by windshield and window issues, and drivetrain problems.

Many users have cited body and paint issues, with the most common problems being that the door handles brakes, there is extreme undercarriage rust, and the chrome can peel off of the grill. Regarding the broken door handle, the typical repair cost for this is only $200, which isn’t very much, but the prevalence of this issue is very annoying and can cause you to not be able to get in or out of your car. This problem occurs at around 83,000 miles and has a severity rating of 7.7. The most common solutions to this issue is to replace the door handle, return the car to the dealer, or try to push the door handle back in.

This category has had 32 user complaints and 94 NHTSA complaints, showing it is a very concerning issue. The main complaints are of the sunvisor breaking, the seat frame breaking, the power lock getting stuck, the bose 6cd changer not working, the door locking randomly, and the stereo speakers shutting off during use.

The main NHTSA complaints had to do with the seats, which have resulted in 4 injuries, occur at an average of 76,000 miles, and have a severity rating of 10. Users have said that the seat can make a popping noise and the entire seat can give out, the driver's seat can move forward while you are sitting in it, and the seat can slide while you are driving.

The last category that really gave users trouble in this car was the engine category, with many users citing excessive oil consumption, a cracked manifold, loss of acceleration, engine failure due to a faulty catalytic converter, oil leaking, air intake breaking, car shutting down during idle, and the car engine stalling while driving.

The NHTSA has made numerous complaints about the electrical system of this 2004 Nissan Murano, with it resulting in three fires, one crash, one injury, and occuring at around 74,00 miles. Users have reported that the car battery will only last a short distance and then just will stop accelerating, the car locks itself while running and the doors won’t open, and the vehicle suddenly shutting off while driving.

Although your windows and windshield do not seem like the biggest deal in terms of car safety, you need to ensure that the windshield can withstand small dings and that it can provide ample visibility. Many users have reported that the sun visor can just give out while you are driving, the driver’s side sun visor fails to stay in the “up” position during use, and the passenger side visor swings down and impedes vision.

The last category of Nissan Murano problems for the 2004 model are with the powertrain and drivetrain issues, resulting in one crash, occurring at around 105,00 miles, and having a severity rating of 10. Users have reported that the transmission slips, the vehicle shudders uncontrollably, the car loses power while driving, and the car is unable to gain any speed.

As we know, this is one of the worst models of the Nissan Murano on the market, due to the host of Nissan Murano problems that are evident, like electrical issues, engine problems, and transmission concerns. Not only are there various NHTSA complaints and user issues, but there have been recalls for this model as well.

The first recall deals with the intake air ducts and resonator, stating that the engine can stall and increase the risk of a crash. This recall occurred in 2009 and affected nearly 363,000 vehicles!

The second recall was in February of 2006, and involved the rear outboard seat belt. The problem was that if the webbing of the seat completely separated after use, this could increase the risk of injury to whoever was sitting in the seat.

The next recall dealt with the fuel tank, and stated that the punctured tank was possible and could highly increase the risk of a fire, especially during a crash. This was in January of 2006 and affected over 200,000 cars.

The last recall was the wire breaking inside of the alternator, affecting nearly 126,000 owners. If this happens, the charger warning and brake lamp warning lights will come on the dashboard and the battery will slowly begin to drain. After a short time, the engine will then put itself into “fail safe” mode and will limit how fast you can drive the car. This can result in the engine stopping running, and increasing the chance of a crash.

As we learned earlier, despite the 2004 Nissan Murano having the overall highest amount of problems reported, the Nissan Murano in 2009 might be considered the very worst due to the severity of the issues and the onset at which they occurred in the car. The main issues for users dealt with the brakes and the transmission, while the NHTSA filed over 256 complaints regarding the brakes, 76 complaints about the seatbelt and airbag system, and 73 complaints regarding the electrical system.

The ABS controller malfunctioning is a huge Nissan Murano problem that usually results in replacing the master cylinder for over $1,680, and happening at around 104,000 miles. This problem has a severity rating of 9.5, with users reporting that the brakes suddenly became very soft, there lacking any braking pressure, and the brakes not being able to pump at all.

The main issues regarding the braking system for the NHTSA dealt with the service brakes, electronic stability control, service brakes, pedals and linkages, and the traction control system.

The service brakes problems have resulted in 12 crashes, 9 injuries, and occur at around 83,000 mile, with a severity rating of 10. Users have reported that there have been stabilizers that were not connected, the brake pedal goes all the way to the floor when trying to stop, drivers losing all braking power, and the ABS control unit failing completely.

The NHTSA made 72 complaints regarding the airbags in the 2009 Nissan Murano – and for good reason. There Have been 10 crashes, 19 injuries, and severe safety issues that arise from these air bag problems. Users state that the airbags didn't deploy during crashes, the airbag warning light indicator on the passenger side was faulty, and both the front and passenger airbags just turned off while driving.

The second category of issues with the 2009 Nissan Murano problems deal with the electrical system, with the NHTSA determining there were two crashes, three fires, one injury, all due to the electrical system. Users reported that the vehicle lights all turn on inside and flash, the battery loses power, the engine completely shuts off without any warning, and the car starts shaking while driving.

We know that the 2009 Nissan Murano is not a reliable or trustworthy car, due to the electrical issues, air bag problems, and the overall lack of safety provided to both the passenger and the driver while in the vehicle. It comes as no surprise that there were four recalls for this model of Nissan Murano.

The first recall was in February of 2008 and affected nearly 17,000 vehicles. This recall dealt with the passenger airbag failing to deploy, resulting in the airbag not deploying during a crash, which is its intended purpose, and highly increasing the risk of injury. Due to incorrect programming, the airbag control unit causes the airbag to not operate as designed if the battery of the Nissan Murano becomes discharged, showing a huge Nissan Murano problem.

The second recall dealt with the occupant classification system control unit, which is basically what reads if there is a passenger in the front set or not. If this is not working properly, then this could result in the passenger air bag not recognizing it needs to be deployed, and being suppressed in the event of a crash. This could fail to provide adequate protection in the event of a crash. This recall affected over 200,000 vehicles in late 2008.

The third recall refers to the tire pressure monitoring system and the TPS lamp. If the TPS lamp is not analyzed correctly and the vehicle continues to drive in a suboptimal condition when there are clearly issues with the TPS lamp, this can cause the tires to quickly lose air pressure at a high rate, and a consistent rate, increasing the risk of a flat tire without any warning while driving. This occurred in October of 2009 and affected over 140,000 vehicles.

The last recall for the 2009 Nissan Murano is the ABS valve remains open after an ABS event. If the valves do not properly close in the ABS system, the additional brake pedal travel might be necessary in order to properly stop the car. This means the driver might have to press harder on the pad then they are used to, and can result in the higher likelihood of a crash. This occurred in late 2018 and has affected nearly 90,000 vehicles.