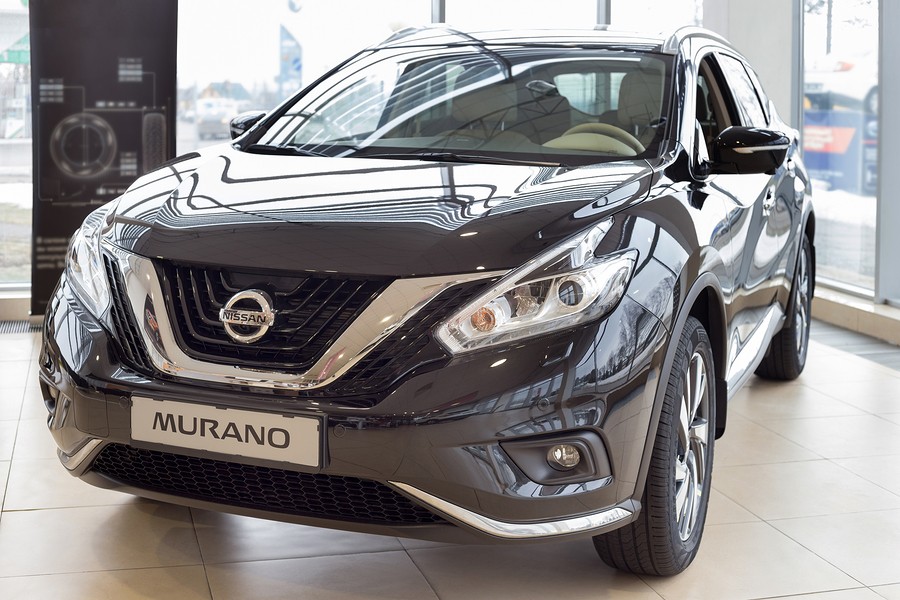 The Nissan Murano is a front-engine, 4WD, five-door car manufactured by Nissan since mid-2002. It is a mid-size crossover that had its first model produced for the 2003 car season. This was Nissan’s first crossover SUV for the United States, and was based on the Nissan FF-L platform. Despite the Nissan Murano being a popular car, the Nissan Murano had numerous problems that have caused this car to be an unsafe choice for people to buy. The main problems with the Nissan Murano deal with the accessories and the interior of the car.

By noticing the problems that the Nissan Murano has over the years, we will get a better idea of which years were the best and which were the worst. Comparing the model between the years will influence a buyer’s decision on which year they would consider purchasing, if any. Here we will go in-depth of the main issues with each model, discussing the problems between the years of 2005-2016.

Regarding the interior of the car, there were numerous issues with the seat being broken, the visor breaking, and the door lock failing. Some users reported that the SRS sensor flashes while using the vehicle, which indicates that an airbag control sensor was failing. In addition, the driver’s side seat moves back and forth while using, creating a very hazardous situation for the driver and other passengers. When the driver pushes on the gas and the brake, the seat moves forward and can push your momentum into the pedals. This problem has caused at least 3 crashes, 10 injuries, and occurs at an average of 66,300 miles. The driver’s seat moving while driving has a severity rating of 10.

The exterior issues with the car mainly deal with the passenger side door not unlocking from the inside, or outside while using a key. This problem continues to occur and requires a fix from a Nissan dealer or technician. The problem can cost upwards of $1,500 to repair, or $500 per door to properly fix. This severity rating is low at 2.7, but this problem is an annoying fix to have to pay for.

The 2006 Nissan Murano had numerous issues with the interior accessories, windows, and windshield, and steering system. The main category which had issues was the interior access categories, similar to the previous year’s problems.

Dealing with the windshield and window issues, the 2006 Murano had a host of visibility issues. The sun visor on both sides of the car can fall while driving, preventing the drive from seeing the correct angles. If the driver’s side sun visor does not stay up, it will severely limit your visibility for the road.

The steering wheel issues with the 2006 Murano involve leaking power steering. The steering wheel has reportedly felt loose and made various dashboard lights turn on, like the ABS indicators and the horn failing to work. This problem typically occurs at 55,000 miles and has a severity rating of 2.7.

Similar to the previous years, the 2007 Murano has the most issues with the interior accessories. In addition, the NHTSA has lodged complaints about the engine and steering systems within this year’s model.

The interior accessories issue once again deals with the driver’s side seat moving uncontrollably while attempting to break and accelerate your vehicle, causing an inconsistent acceleration pattern and preventing the driver from having control. The severity rating of this is 10, and occurs at around 73,300 miles.

The engine problems with this model refer to the vehicle randomly stalling while trying to drive your vehicle. The car also reportedly overheats and stalls, even after replacing camshaft and crankshaft sensors. The vehicle shuts off without warning, which is extremely dangerous while driving.

The steering issues of the 2006 Murano deal with a hose leak in the power steering system. The power steering high-pressure hose can cause a pump leakage, preventing the user from using the brakes or steering wheel. The severity rating is 10, and typically happens at around 65,000 miles.

Recalls with the 2009 Murano typically occurred with the braking system. This model actually was rated the worst year of the Nissan Murano due to the severity of the problem and the mileage at which it occurred.

The braking issues involve the driver losing braking pressure while going over uneven surfaces, an inoperable ABS control unit, vehicle failing to stop immediately, and full-on brake failure. This problem has caused at least 12 crashes, 9 injuries, and occurs at around 83,000 miles usually. The severity rating of this problem is 10, since not being able to break is extremely dangerous while traveling at high speeds on a road.

The 2010 Nissan Murano saw a dramatic decline in the amount of complaints compared to the previous years. The dissatisfaction with the Nissan Murano was generally high for the models from 2005-2009, but severely dropped off after the 2009 model, showing that Nissan took some care into fixing these issues.

The main problem with this year’s model is within the electrical system. There are reports of the vehicle losing power, and then showing all of the warning lights when the car turned on. The car can stall while in motion, and then lose power all of a sudden, needing a replacement for the car’s battery. The average price to replace a battery for a Nissan Murano is between $400-$600. If your car battery is dead, you might find it more lucrative to repair your broken car.

The 2011 Nissan Murano had the most issues with the brakes. There are reports of the driver needing to press all the way down on the brake pedal to efficiently stop or slow down the car, due to the brake pedal feeling spongy and providing no resistance to the driver’s momentum. The brake issue can be resolved, but typically means that the ABS sensor module is faulty, causing the brakes to stay unstable. This can cost around $2,000 to fix the ABS sensor module.

Drivetrain problems and airbag problems plague the 2012 Nissan Murano. The drivetrain problems are characterized by the transmission not being able to stay engaged in overdriver\, at a speed greater than 60 miles per hour. This results in an abnormally high RPM, which can prevent the car from accelerating. This problem has a severity rating of 10 and typically happens at around 71,000 miles.

The airbag problems typically refer to the airbag light flashing and not turning off, the passenger seat warning light always being on, the cruise control no longer working, and the airbag light constantly flashing. This problem has a rating of 10 and occurs at around 40,000 miles. If you feel like your car has a lack of safety options, then you might be better off selling your car.

The 2013 model saw even more of a decline in the number of customer issues and NHTSA complaints. The only categories which had over 10 NHTSA complaints dealt with the exterior accessories. A lack of visibility due to the car’s visors, the sunroof assembly, and latches not working were the main issues.

The sun visor continues to hang down and not close while driving. Despite this problem, there are no warning lights indicating the issue. This problem hasn’t been fixed since it began a few years ago, and lacks a vehicle diagnosis and repair.

The 2014 Nissan Murano, unfortunately, had more complaints than the previous year, with a significant amount of issues lodged with the steering system of the 2014 model. There are reports of the steering wheel making noise every time the driver tries to turn to the left or the right. The power steering may not work at lower speeds, like while parking or low-speed turns. The power steering could also fail without warning, which requires the entire power steering system to be replaced. The average mileage at the time of this problem is just below 20,000 miles, which is way too low for any problems to be occurring in a vehicle.

The 2015 Murano saw a higher number of customer and NHTSA issues than the previous three years. There were a high number of complaints in three categories, being the engine system, drivetrain mechanism, and seatbelt/airbag category.

The engine system experienced a very slow acceleration, lack of vehicle speed control, and issues with the engine cooling. Some users have reported the cruise control malfunctioning while driving, causing a sudden deceleration while cruising. The ABS light reportedly comes on while driving, and causes the car to stall or shut down.

The airbag issues involved the car showing the passenger seat was empty even when someone was sitting there, meaning that the airbag might not deploy if a crash occurs. This could prove to be highly dangerous and fatal to the passenger in the car. Replacing an airbag can cost around $200-$700 for the driver’s side and $400-$1,000 for the passenger’s side. However, if the impact sensors aren’t working to send a signal to the airbags, then your passenger airbag might not deploy.

Despite a higher number of issues with the 2015 model, the 2016 Nissan Murano seems to have fixed a lot of those problems to create a safer car. There were a few categories that had issues – and they were the same three categories as the 2015 model.

Despite a lower number of complaints and user issues with the engine, there were still reports of vehicle control problems. This involves the vehicle losing speed and power while being stuck in cruise control at high speeds. The engine over revs and then loses power, going from a high speed to a low speed unintentionally.

The issues with the brakes refer to the emergency braking system becoming unintentionally turned-off while driving. The car is usually in motion when this happens, and can only be remedied by stopping the car and turning it off, and then restarting it. Although this is less dangerous than the drivetrain problems from previous years, this is still a dangerous problem which needs repair.

Lastly, the airbag light is still off for the passenger airbag. This can cause the user to become injured during an impact crash, since the airbag might not deploy to protect the passenger.

Regarding all of the Nissan Murano years we just analyzed, the highest number of problems occurred between the years of 2005-2009. 2010 showed an increase in user confidence and a decrease in the problems associated with the vehicle. The issues spiked again in 2015, but declined the year after, and have been getting better ever since. The 2009 model was rated the worst because of a high repair cost and more problems at lower mileage.

What If I Don’t Have The Money To Fix My Nissan Murano?

If you don’t have the funds to fix your Murano, or if your car has a host of safety issues that make you feel unsafe, then your best bet might be to turn in your car to a junk dealer. If you remove all non-metal components from your vehicle, like the seats and electrical parts, you can sell them for some money. Then, bring your car to a reputable location where they will provide you with a fair quote, and then give you money for your damaged car – CashCarsBuyer is a trustworthy business who will take care of you, your car, and your wallet!