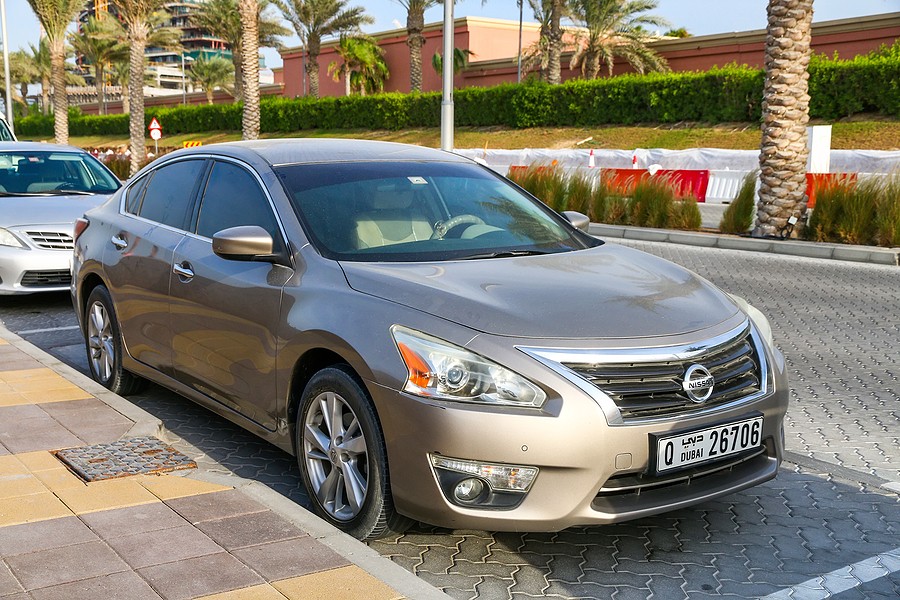 One year before the worst rated Nissan Altima, the 2002 model still had its fair share of issues. In this model, there were many reports of the engine starts burning too much oil, the catalytic converter getting damaged and going bad over time, the head gasket blowing, and the entire engine needing replacement over time. All of these Altimas seem to fail around 95,000 miles, which is too early for a car to completely give out on the driver.

The first series of NHTSA complaints about the engine dealt with the engine and the engine cooling. These complaints occurred at around 68,000 miles, resulted in 2 crashes, 7 fires, and six injuries, containing a severity rating of 10 out of 10. Many users reported that there were leaking intake valves and seals, leading to a costly and very expensive engine repair, the oil continuing to heat up to levels that were beyond normal, the vehicle deceleration without meaning to, the vehicle beginning to shake uncontrollably while driving at speeds, the check engine light turning on for no reason, and many other engine issues.

The second series of NHTSA complaints dealt with similar issues, containing 164 reports of engine and engine cooling problems, resulting in three crashes, seven fires, five injuries, and all occurring around 76,000 miles, with a severity rating of 10.

The second highest issue of complaints with the Nissan Altima in 2002 was the exhaust system, with the NHTSA citing 91 issues on the exhaust system, 69 complaints against the emission control system, 48 against the manifold intake, 6 against emission control regulation, and 131 user reports of catalytic converter failure. Regarding the user issues of catalytic converter failure, this generally occurs at around 102,000 miles, and consists of 131 complaints and an average repair cost of over $2,300. The main solutions that car owners took for those Nissan Altima problems was to replace the engine, replace the catalytic converter, replace both the engine and converter, or get new sensors.

The NHTSA complaints mainly dealt with the exhaust system, which generally occurs at around 94,000 miles, and resulted in the catalytic converter disintegrating and clogging the entire system, and resulting in the necessary replacement of the converter so the vehicle could run properly.

The second category that has caused the owners of the 2003 Nissan Altima trouble over the years is the body's structure, with the NHTSA giving 94 complaints in this category. This problem happens at just below 100,000 miles and has a severity rating of 10. Users have reported that they have to replace the front passenger floor pan because there is a high amount of rust in the vehicle, the handles can snap off, the car shakes form tiny movements, the door sensor light stays on and drains your battery, and the floor pans have rotted.

The next year with one of the highest amounts of complaints in both the NHTSA and users is the 2009 Nissan Altima – both this year and the following year has had numerous reported Nissan Altima problems. These vehicles become impossible to start due to the faulty electronic steering column lock. Although the dealerships can replace this for you, it will cost you a whopping $1,000 for something that is a car defect.

The NHTSA steering Nissan Altima problems have resulted in four crashes, one fire, occurring at around 70,000 miles, and having a severity rating of 10. Users state that their Nissan has refused to start, the steering wheel can lock, the vehicle will fail to start and warning lights will be illuminated, and the steering lock has malfunctioned.

The user transmission issues were characterized by the CVT shuddering, the CVT running roughly, the transmission stops working, the gear shift is stuck in park, the shifting occurring at a stop, the transmission making a noise, the torque converter failing, the pan containing metal, and issues with the transmission fluid level. The CVT issues are costly repairs, running at about $3,000 to repair, with the most common solutions is getting an entirely new transmission.

The NHTSA complaints about the seat belt category have to do with the passenger side airbag light being faulty, the car jerking when reversing, the warning light showing faulty air bag on driver’s side, and the light coming on at around 23,000 miles on average. This has resulted in 26 crashes, 25 injuries, and has a 10 severity rating.

Lastly, the drivetrain issues rounding out the 2013 Nissan Altima problems refer to the car jerking, the vehicle experiencing a loss of power, the transmission gearbox slipping into neutral, and the car dying while using. This has resulted in eight crashes, one fire, three injuries, and occurs at just below 60,000 miles.

The recalls on the Nissan Altima show how dangerous this car is and the prevalence of the Nissan Altima problems. The first recall deals with the unintentional release of the primary hood latch. This occurs when corrosion to the secondary latch can cause it to connect and stay in the unlatched position, even when the hood is closed. If the primary latch is then released again and the secondary latch is still engaged, the hood cant open while driving, increasing the risk of a crash and gear from coming out of the back of your car. This recall was announced in May of 2020 and has nearly 2 million vehicles affected!

The second recall was back in 2016, when the airbag might not have deployed due to the software issue in the car. If the front passenger seat occupant is not classified correctly, then the airbag light deploys at the wrong time, increasing the risk of injury. This affected 800 vehicles.

The third recall was that the passenger air bag might not deploy due to the OCS error, which is similar to the second recall, but announced months earlier. Back in April of 2016, nearly 4 million vehicles were affected by this recall, which stated that if the passenger frontal air bag does not deploy as intended during a car crash, this could severely enhance the risk of injury to the passenger in the car.

The next recall deals with the fuel sending unit possibly leaking fuel during use, which can increase the risk of a fire in the event of a crash, since the fuel will be between the sending unit and the tank. This occurred in August of 2015 and affected nearly 50,000 vehicles.

In addition, there was also a recall for the Nissan Altima which dealt with many of the Nissan Altima problems, which was the spare tire might be over or under-inflated, causing it to fail without warning, and increasing the likelihood of a crash in the event of needing to change your tire when it becomes flat from driving on the road. This occurred in April of 2013 and affected over 100,000 vehicles.

Lastly, the final recall that affected the Nissan Altima was the loose steering and suspension bolts, meaning the affected bolts could come loose and fall out unintentionally, leading to a loss of vehicle control and steering security, and increasing the chance of a crash. This recall affected nearly 14,000 vehicles and was announced in late 2012.

In addition to the numerous Nissan Altima problems in the 2013 model and the recalls that were also issued for this car, there were also various defect investigations. The Office of Defects Investigations is an office with the NHTSA which investigates the Nissan Altima problems in the design, construction, or the performance capabilities of vehicles. The NHTSA is granted permission to order manufacturers to recall and repair certain vehicles if the Office of Defects Investigation finds a safety issue. With this information, we have found certain investigations for the 2013 Nissan Altima.

One of the investigations dealt with the occupant classification system failure, referencing the improper classification of adults sitting in the front passenger seats, making the air bag refrain from going off in crash situations and drastically reducing the safety. This investigation deals with the airbags, the frontal airbags, the sensor module, and the on-off switch assembly.

The last investigation that affected the 2013 Nissan Altima problems was the rear suspension control arm failure. This referenced a design change in Nissan Altimas that caused a crack to develop in the lower arm control due to stress and loading from normal use of the vehicle.