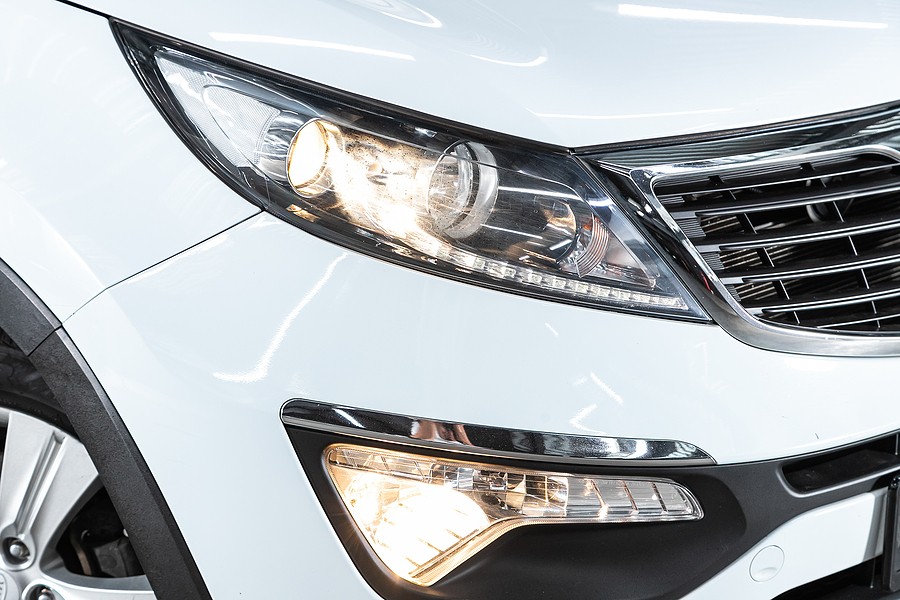 The Kia Sportage worst category in terms of complaints involve the engine, with the 2012 Kia Sportage having the overall most complaints. In addition to the car having the most complaints, the 2012 model is also ranked as the worst model based on the onset of problems, the severity of car issues, and the prevalence of these problems in the car. The most reported problem with this specific model is the engine can stop working while you are driving.

The first model that really showed some Kia Sportage problems in the lineup was the 2001 Kia Sportage, with the most user complaints regarding the engine, and the most NHTSA complaints focusing on the engine and the fuel system.

Despite the 2002-2005 models having relatively problems in comparison to the later models and the 201 model, the 2006 is still a model that has significant issues with the seat belts and air bags, and the engine system. The user complaints regarding the safety issues include the airbag light coming on, the airbags not deploying during a crash, the seat belts not being able to retract, and the airbags in the front of the car. The NHTSA complaints regarding the airbags have caused five crashes, three injuries, and occur at around 77,000 miles, with the airbag light staying engaged but the airbag not deploying.

The main concerns regarding the engine system in the 2006 Kia Sportage involve the engine, vehicle speed control, engine cooling, and the cruise control. The NHTSA complaints have occurred at around 102,00 miles, and involve the users saying the accelerator pedal gets stuck, and the engine surges and acts erratically while driving.

The engine user complaints involve the repeated engine failure, the car seizing while driving, and turbo actuator failure. The NHTSA complaints involved the engine, vehicle speed control, engine cooling, and the cruise control, with users stating that the engine makes a knocking sound, the fuel economy has deteriorated, and there is rough engine idling.

The second category that is concerned regarding the 2011 Kia Sportage problems involves the brakes, with users stating the ABS light comes on, the brake light switch is failing, the brakes locked up, the car wouldn’t be able to start, and the master cylinder fails. Lastly, the drivetrain caused the NHTSA to state 21 complaints regarding the powertrain, resulting in 2 crashes, 1 injury, and occurring at around 50,000 miles. The main problems involve the vehicles slamming into gear, rough shifting, the car downshifting hard, and the car not being able to accelerate properly.

The 2012 Kia Sportage Is the worst model on record involving this model from Kia Motors, with the main area of concern for both users and the NHTSA focusing on the engine system. The second category of concern for users is the interior accessories, while the NHTSA also lodged minor complaints about the electrical system.

The user issues with the engine is that the engine stops working while driving, there are excessive engine noises, poor fuel economy and miles per gallon, and the car not being able to start. The typical repair cost for fixing the engine issues in the Kia Sportage is extensive, coming in at around $5,630, and occurring at around 86,000 miles. The most common solution is a new engine, with users stating that the car starts to smoke, the car can turn off during use, and there is a fire that occurs within the vehicle.

The NHTSA complaints regarding the engine involved 13 fires, 1 injury, and occurred at around 90,000 miles, with the users stating that the car breaks down during use, there is a complete loss of acceleration, smoke pours out from under the hood, and oil leaks during use.

The complaints regarding the electrical system in the Kia Sportage involve the electrical system and the battery. Users state that the engine begins to smoke, the vehicle engine will not be able to restart, the engine seizes up, the car cannot restart, flames appear from under the hood, and all of the warning lights illuminate and turn on during use, resulting in 2 fires and occurring at around 71,000 miles.

Revolving around the 2012 Kia Sportage, there have been numerous recalls that have plagued the Kia Sportage models. One recall that happened back in 2017 involved over 600,000 vehicles, with the recall focusing on the bearing that has worn down and become damaged potentially resulting in engine seizure. Kia Motors recalls certain models of the Optima and the Sportages, with the 2011-2013 Sportages needing to be recalled due to machining errors during the manufacturing process causing bearing wear within the engine.

The second recall happened in 2018, with the recall involving a high pressure fuel pipe potentially causing a leak in the 2011-2018 Sportage vehicles. This recall involved the Knock Sensor Detection System PRoduct Improvement Campaign. The high pressure fuel pipe that connects the fuel pump outlet could have been damaged over time, misaligned, or improperly installed during an engine replacement procedure, causing a fuel leak.

The last recall of the Kia Sportage problems involves the engine oil leak potentially causing the car to stall or cause a fire. Kia Motors recalls certain 2011-2012 Kia Sportage vehicles since the engine oil pan might leak, and if not taken care of, the loss of oil can result in permanent engine damage.

The main categories of concern after the Kia’s worst model in the 2012 involve the engine still, with the NHTSA lodging over 160 complaints and the second problem category involving miscellaneous issues in the Sportage.

The user complaints regarding the engine involve the car dying while driving and the engine blowing after use. The typical repair cost will involve replacing the engine, which can be very expensive and is one of the highest paying repairs in a vehicle.

Regarding the NHTSA complaints about the 2013 Kia Sportage engine, the main user complaints dealt with the engine knocking noise, bad bearings negatively affecting the engine, the engine dying during use, the battery and oil light coming on, and the vehicle making unusual noises while working hard and driving uphill.

The 2020 Kia Sportage earned the #3 spot in the Compact SUVs category due to the attractive and stylish interior, the technology is easy to use and functional, and the car provides a smooth ride and easy handling. This all-around high quality earns the Sportage one of the top spots for the compact SUV rankings.

The pros of the 2020 Kia Sportage involve a comfortable ride that has a roomy interior, composed and smooth handling, an intuitive infotainment system, and a roomy cabin with a stylish look. The negatives and cons of the Kia Sportage involve a below average fuel economy when compared to similar models and less cargo room than its rivals. The miles per gallon is just 19-23 miles per gallon in the city and 24-30 miles per gallon on the highway. However, the new features for this model include a Standard Apple CarPlay and Android Auto, and forward collision warning for detecting pedestrians.

The Hyundai Tucson is a good competitor for the compact SUV, but it is not as good as the Kia Sportage. Both of the crossover options deliver a comfortable ride and an easy to use handling and infotainment systems. The Tucson engine qualities are accurate, but the power of the Sportage engine wins out in terms of performance. These two vehicles have similar miles per gallon estimates, which are below the average fuel economy, and have similarly smaller-sized cargo holds. However, the Kia has nicer cabin materials and has more handling qualities.

The Toyota RAV4 is another great choice for those who want a crossover SUV and puts up a good competition for the Kia Sportage. The spacious cabin and the easy to use and high-tech infotainment system rivals the Sportage, while the car also has more standard safety features than the Kia.

The Toyota RAV4 also has better fuel economy than the Sportage, since the Kia has fewer miles per gallon than its rivals. The Toyota rides smoothly and remains balanced around the turns for smooth handling, with the Kia Sportage having a more upscale cabin and better handling.

The Final Call on the Kia Sportage

The 2020 Kia Sportage earns a top spot in terms of the Crossover SUV category and compact SUV rankings, based on the strength of positive features like roomy seats, intuitive and easy to use tech features, an upscale and comfortable cabin, and a cushioned ride. There are several other direct competitors that have a better fuel economy and a more spacious cabin, but the Kia Sportage is worth a look.

Regarding all models of the Kia Sportage, there are a few key problems and complaints that seem to be the most common and recur throughout various model years, showing a real issue for the reliability of this car.

The most common problem among Kia Sportage owners seems to revolve around the engine stalling while the vehicle is moving or the engine having a rough idle during use. This problem is mainly attributed to the faulty control relay or a failing or damaged fuel pump that affects the flow of gasoline. The best and most common way to remedy this problem is to fix both of these parts at the same time, so that one of them does not fail and restart the entire problem.

The check engine light turning on randomly and unintentionally is another key problem that Sportage owners have complained about. There are a few different culprits for this issue, like a leak occurring at the intake ports or the rubber regulator being damaged over time.

In addition, gas leaks are common and cause a lot of Sportage problems. Fuel storage tanks have leaded gasoline and can cause fires in the Kia cars, which can be a very detrimental and dangerous issue.

Lastly, the final common complaint regarding the Kia Sportage includes the electronic stability control light coming on during use. The ESC function is supposed to stabilize any remaining tires if there are support issues, but not stay on constantly. If this is occurring, then the vehicle has to be re-wired in order t o fix the issue.

As you can see, there are common Kia Sportage problems that many owners have had to deal with throughout the many years of production.