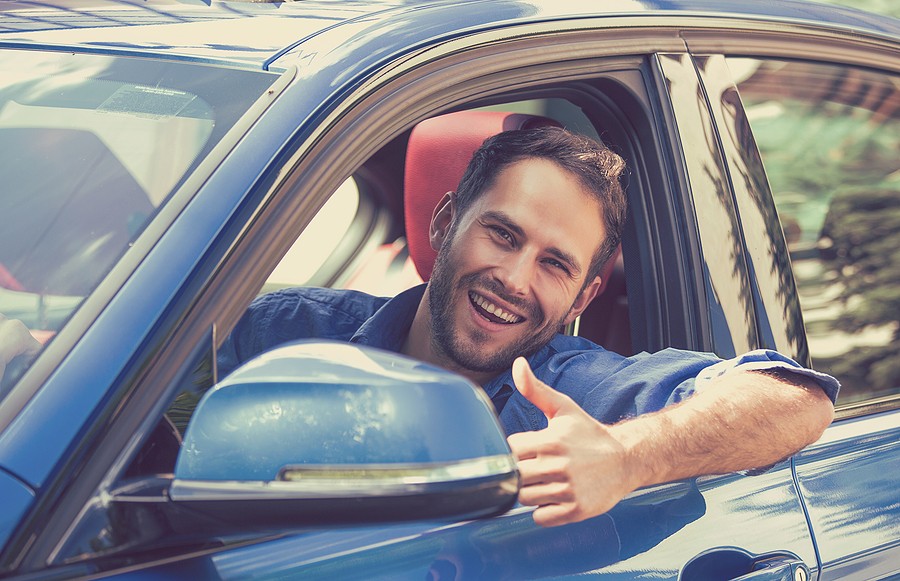 The last thing you want to have to deal with is a broken driver side window on your vehicle. It's a safety concern to drive around like that, and also an environmental one. You could have rain coming into your vehicle as well as the potential for thieves to get access to your car if they see the damage. If your window has been broken outright, the cost of replacing the side glass is typically going to run you between $200 and $500.

Unfortunately, it's hard to nail down an exact price for replacing a driver side window in a car. The cost of replacing a window in a Toyota Camry is going to be much less than what you have to pay in a Lamborghini Diablo, for instance.

The cost of repairing a driver side window also very much depends on where you live. Mechanics often charge rates that are reflective of the part of the world that they’re in. That means auto repair in the city like Beverly Hills is likely to be significantly higher than what you’d end up paying in a place like Montpelier, Vermont.

Even within the same town it's often hard to find the exact same price for one mechanic to the next. Your best bet is to stick with a mechanic you know and trust to give you quality service at a good price. If you don't have a mechanic already, then you should check with friends and family to find out who they have had good experiences with in the past. If that's not an option either, then the internet is definitely a resource you need to turn to.

Back in the day it was hard to find a mechanic that you could trust if you didn't know anyone in town to direct you to someone. Often you just have to take your chances by picking a name out of a phone book and hoping that they were going to give you good service. Now, with the ability of everyone to post reviews of mechanics and their services, it's easy for you to Google a business and read about other people's experiences. If a mechanic has a long list of positive reviews, there's a good chance you can trust them to give you good service for your driver’s side window without a lot of hassle.

Can I Replace My Own Driver Side Window?

It is possible to replace the driver side window of your vehicle without taking it into a mechanic to get the job done. As DIY car repairs go this one isn't vastly complicated, but it can take a bit of time and can be somewhat intimidating if you've never done it before.

The most important part of doing this on your own is to ensure that you have the right replacement window. That's the part that makes a lot of drivers pause for a moment because this isn't the kind of thing, you're going to pick up over at the local Walmart. You're going to have to very likely order the parts online and have it sent to you once you're sure it's the exact right window that you need. There are plenty of websites that sell car windows like Carparts.com. You can find the replacement glass for as little as $25 depending on the model and make of a vehicle that you're buying it for. You can also get the windows with window regulators as well if you need those.

The process of replacing your own window can be rid of a time-consuming one, and you're going to have to essentially strip off all the parts of the inside of your door to get it done. Fortunately, there are a lot of guides on the internet that can walk you through this process and even some videos that show you how to get it done. The general method of doing this is the same for model to model, even though some of the specifics will obviously not be the same from a Toyota Camry to a Chevy Silverado. You have to have a degree of comfort and adaptability when it comes to do it yourself car repairs to want to take this job on, because the odds are that you won't find the exact walkthrough for your vehicle if you Google it. Of course, you might get lucky and find a video that shows you precisely how to change the window out of your make and model, but there are no guarantees.

A video like this one can show you step-by-step so that you don't miss any of the important details when it comes to swapping out your car window for a new one. You need to make sure you have things like a vacuum handy, which are not usual for your average car repair, because of the unique nature of this particular job. If your window was broken, then there's a good chance you're going to have glass fragments inside the door itself that you'll need the vacuum to suck up. That's just a safety concern, and it makes it a little different than your average car repairs which don't require you to take such precautions ahead of time.

The reason more people don't do this job themselves is that it's a very delicate piece of work. Obviously, you know that glass is very breakable, but getting a window into your door is not a simple matter of just easing it in there. It does take some work because, if you look at the shape of your car door and the window, that's not an easy fit. You're going to need to finesse the window into place and that's going to require gloves and a gentle touch. More than one mechanic has accidentally broken a window by jamming it too hard or losing their grip once the window was mostly in place and having it drop all the way down inside of the door and crack.

You only get one shot at getting that window in correctly, and if it breaks then you're starting the process all over again. For that reason, most people will take this to a professional to get the job done. That way if they do break it, the responsibility is on them to fix it and you don't have to take on any of that cost.

Signs of a Bad Window Regulator

While a broken window is clearly the most easily identifiable problem that can happen with your driver side window, sometimes there are internal issues inside the door that make it so that your window isn’t working and needs to be checked out. If your window is having any of these problems, there's a good chance that it's the window regulator that needs to be looked at.

When you press the button to raise or lower your window, if you're noticing that it's moving much slower than usual that means that there's probably a problem with the motor that causes your window to go up and down. Power windows in modern cars are designed to operate at a specific speed so that if the speed is not what you're used to, it means that something has happened to the motor or the electrical system that helps run it. More often than not this takes the form of the window movie much more slowly than usual. However, sometimes an electrical short can cause it to move much faster than normal. The risk with this is that it can easily end up breaking your window.

The way a power window is supposed to work is that you press the button and the window goes up or down as you desire. When the motor in your door that controls the window is not functioning properly sometimes, you'll have to press the button several times in order to get the window moving or to keep it moving. If that's happening, it's almost guaranteed that the motor assembly is failing in some way and will need to be looked at.  The other possibility in this case is that the button itself is malfunctioning, possibly as a result of loose wiring, and that will need to be looked at as well to determine the exact cause of the problem.

It's always good to keep an ear open for things going wrong in your vehicle. Noises are one of the easiest ways to determine that something has failed or is about to break. Your window is no different. If you hear some kind of a clicking sound when you press the button to either roll up a roll down the window, that could indicate that something is stuck in the motor assembly or near the window itself inside the door. The extra strain on the motor which will create some extra noise when it's working. If it goes on long enough, or something gets wedged badly enough, it can cause the window to break.

Under ideal circumstances your window goes up and down to the exact level that you want it to. If the regulator assembly is not working correctly though there's a chance that the window could slip back down again as a result of regular driving or hitting a bump in the road. Oftentimes this will only be partial slippage, rather than the window falling all the way back inside the door. It may drop down just an inch or two and still go back up sometimes when you press the button, but potentially fall down again. In some cases, the window will rise only on one side but not the other leading to a crooked appearance. This usually means that the window motor and regulator assembly need to be replaced.  As you can imagine, this could be a serious security concern as any outside pressure has the ability to potentially just push the window out of the way.

All of these issues can end up causing serious damage to your window inside the door where you're not able to see it right away. If it's slipping along the rails, or the assembly is malfunctioning these can cause chips and cracks to the base of the window where it could weaken the overall structure. That in turn can make it much easier for your window to brake suddenly and unexpectedly.

Windows are not something we often think about when it comes to car repairs and maintenance. As drivers were often more worried about things like the transmission or the brakes going bad on us. And of course, you don't necessarily need a window to drive your car, but it's a great inconvenience if your window breaks on you unexpectedly. Not only is the security issue or concern because anyone can get into your vehicle now, you also have to deal with the weather. you're losing your ability to keep your vehicle cool on a hot day or warm on a cold day if you don't have a window any longer. It could potentially be undrivable in harsh weather conditions this well, as you don't want rain, snow, or strong winds blowing into your face while you're driving.

Getting your window fixed is potentially inconvenient but it's definitely something you need to get done when there's a problem. Whether you doing it yourself with parts that you picked up online or taking it to a professional to get the job done you're keeping your vehicle safe and secure which is one of the most important things that you can do as a car owner. We've all likely see one of those cars driving around with plastic tape over broken window and well that's a good fix for a day or two until you can get new glass in there, it's not the kind of thing you want to be doing on any regular basis because you're potentially just inviting trouble in when you do that.