Toyota Corolla vs Toyota Camry: Which Model is Right For You? 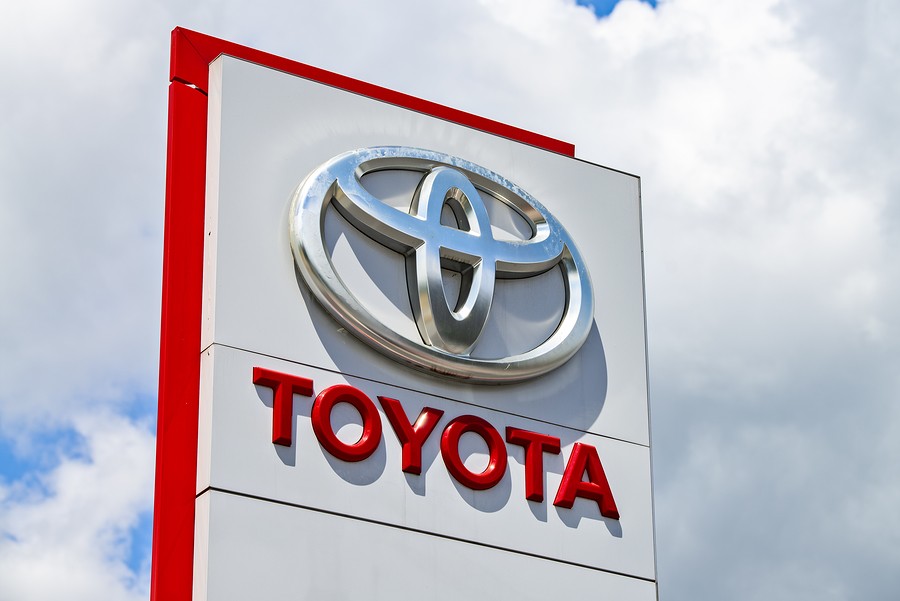 Toyota Corolla vs Toyota Camry is one of the toughest battles on the road. The Toyota Corolla, Toyota’s extremely popular compact car and the Camry, Toyota's equally popular midsize sedan offer the same Toyota quality and many of the same features. Historically, these aren't just two good vehicles, they're two of the best-selling cars of all time. In fact, the Toyota Corolla literally is the best-selling car ever made. Since its introduction in 1966, Toyota has sold 44 million Corollas around the world. That leaves every other car model ever produced in the dust.

The Toyota Camry is no slouch in sales either and has consistently been the best-selling sedan in America for years now. Over 300,000 Toyota Camry models are sold in America every year and it's been that way since 1994. Because Toyota makes both models, you can count on both of them having many of the same exceptional features, performance, and reliability. And that's exactly why this guide can help you narrow down which of these two very similar vehicles is most likely to meet your needs as a driver.

Traditionally Toyota never really offered what you would call a performance version of either the Corolla or the Camry. You could get a V6 Camry but offered more power, but it wasn't really meant to be on par with a high-performance vehicle like a Lexus or an Audi. For 2020, however, Toyota released the Toyota Camry TRD. This thing features wider anti-roll bars, wider wheels, and a lower ride height than the next sportiest XSE model. It rolls 0 to 60 miles per hour in 5.8 seconds and has a top speed of 135 miles per hour. Weirdly though, it still offers the same 301-horsepower V6 engine that the XSE model has.

The Toyota Corolla XSE model is arguably they're sportiest model, but it's not marketed as a sporty model which should tell you that this car does not have the performance that the Camry is going to offer you. Top speed is about 112 miles per hour and the 169-horsepower 16-valve inline-4 engine will get you from 0 to 60 In about 8.2 seconds.

If you're looking for a zippy ride, then the Camry TRD it's going to be a better model than the Corolla XSE, but it's worth noting that probably no one has ever bought a Toyota Corolla specifically do you have a high-performing street racer.

Even in more basic models, the Camry does have the option of a V6 engine so you're always going to get the stronger performance out of the Camry then you will of the Corolla. That said, for the size of the Corolla, it is not a poor-performing vehicle either. But strictly by the numbers, the Camry wins the performance battle.

Which Model is More Reliable?

Both the Camry and the Corolla required repairs less than average. Compared to other vehicles in their class, they tend to be more reliable when it comes to those repairs and their associated repair bills.

When it comes to safety the Camry, being the more expensive model, does come with more standard safety features than the Corolla. Everything available on the Camry can come on the Corolla but they are options rather than standard.

The national highway traffic safety administration, which does crash testing for every vehicle, has ranks both the Corolla and the Camry with 5 stars across the board. In terms of safety these are two top of the line picks.

The Insurance Institute for Highway Safety also ranks vehicles based on a variety of criteria in crash testing. They use a 4-point scale from Poor to Marginal to Acceptable to Good. These rankings cover 30 different aspects of the crash testing spectrum. The 2020 Corolla scored a perfect rating across each of the 30 different criteria it was tested for. The 2020 Camry got a perfect on 29 and got one Acceptable as opposed to a Good on passenger side restraints. Essentially, it was perfect as well and compared to many other similar vehicles the Toyota Corolla and the Toyota Camry are right at the top of the pack for safety.

Toyota has issued two recalls for the 2020 Corolla and one recall for the 2020 Camry. The Camry recall is regarding a potential engine coolant leak. It affects just over 44,000 vehicles. The recalls issued for the Corolla are much smaller; they only affect a few thousand vehicles. One is regarding the text on the load capacity label rubbing off, and the other is about a rear seat belt potentially not locking properly.

The Toyota Corolla takes the day in a straight-up comparison of reliability, but it's by just a fraction and by no means shows that the Camry is not reliable. These are two great vehicles; it's just that the Corolla ever-so-slightly edges out of the Camry.

You can get a Corolla starting at $19,600 for the 2020 model. The base model of the Camry in 2020 starts at $24,425. A fully appointed Corolla XSE model with all the bells and whistles is going to set you back about $25,500. If you opt for the Camry XSE V6 model you're looking at $35,130. So clearly there's a good range in pricing here, but it's reflected in both the size of the vehicle you're looking at and the features that you're willing to pay for.

When you look at the amount of money you're going to have to invest in repairs for your vehicle the Toyota Camry is a very sound Choice. According to Repairpal.com the average repair bill over a year for the Toyota Camry is just $388. The average for other cars in its class is $526. And the average across all vehicles is $652. So, you can see that if you're looking to save money at your mechanic, there's a good chance a Camry is going to take it easy on your wallet.

Not to be outdone, the Toyota Corolla comes with an average repair cost over the year of $362, just slightly undercutting the Camry. Since both of these are so far under the average and so close to each other you really can't go wrong with either a Camry or Corolla if you're looking for a car that's going to barely need any repairs over the course of a year on average.

Fuel economy is another consideration when you're figuring out the value of any vehicle and how much it's going to cost you to run. Both the 2020 Camry and the 2020 Corolla have hybrid options and they have identical fuel economy. You can expect 52 miles per gallon on average with either model’s hybrid version.

Because the repair bills and the fuel economy are so similar you can't really give an edge to one or the other. Obviously, the Corolla has a cheaper price tag right off the lot, but again it is a smaller vehicle than the Camry. For that reason, you could make the argument that the Corolla is the more affordable option in the most technical sense because it is cheaper. But in terms of overall value, these two cars really are neck-and-neck.

Are They Worth it?

Toyota is one of the top automakers in the world and has been for decades. The Corolla and the Camry are both right up at the top of their class. It would be hard to make any reasonable argument that either one of these cars is not worth it. Instead, you really need to look at what you need a car for. Because the Camry is a midsize, and the Corolla is a compact, your decision should be made based around the size of the vehicle you need. Each of these is likely one of the best choices you'll find for that size vehicle. Either way you slice it, both cars are definitely worth it.

If you try to compare the Corolla and the Camry in avoid without any context then we're going to give this paddle to the Toyota Corolla. It comes out ahead of the Camry in most ways, making it the standout of the two vehicles. it's a multi award-winning car oh, it's the top selling vehicle of all time, it has a years-long tradition of reliability, safety, and value. It's almost unfair to try to compare another vehicle to the Corolla simply because of the good job Toyota has done building and maintaining this model for years now.

The Toyota Camry has been the best-selling sedan in North America for years for a very good reason. It hits all the same marks that the Corolla does, it's just a slightly more expensive because it's a slightly bigger vehicle. And it’s that edge on affordability that puts Corolla out ahead, as well as a very slight advantage that you're going to get with safety. The Corolla wins, but the Camry doesn’t lose.

PrevPreviousCash For Junk Cars Austin – No Hidden Fees and FREE Junk Car Removal!
NextHonda Transmission Problems: What You Should Know!Next