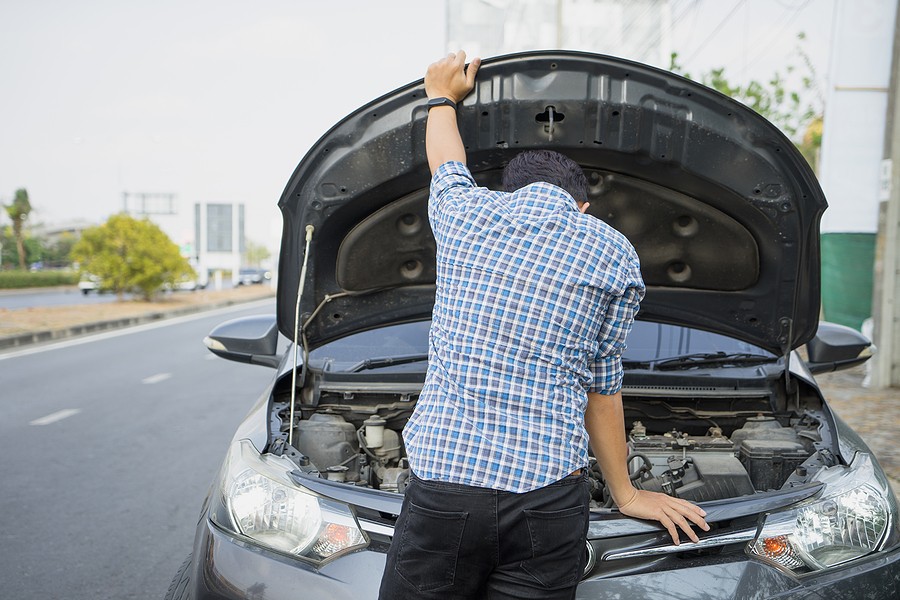 Your car's heater core is part of the cooling system that transfers heat generated in your engine into the cabin of the vehicle itself to keep you warm on cold days. It makes efficient use of the heat that your car produces normally that would otherwise just essentially go to waste by allowing you to reap the benefits inside the vehicle. Unfortunately, there are occasions when a heater core can go wrong, and you may need to take it in to a mechanic to get it looked at and repaired. A heater core is not a very cheap part of your vehicle to get repaired and will often cost between $500 and $1,000 to repair if the entire heater core needs to be fixed. However, if all you require is a heater core flush then you may end up paying between $100 and $150 to get it done.

How Does a Heater Core Work?

As your vehicle heats up from normal use, coolant in the form of antifreeze runs from the radiator of your car into the engine. The heat of the engine is absorbed by the antifreeze and then it circulates back into the engine again where it is cooled down to begin the process over again.

The heater core is essentially a detour in the coolant line from the engine back to the radiator. So on a cold day if you try to heat up your car, the heater core diverts the coolant on its way back from the engine through the core and a fan then blows the warm air into the cabin of your vehicle so that you could warm up. The coolant in your vehicle if you can get up to over 200 degrees Fahrenheit, so there is a lot of heat to be spread around here.

Inside the heater core is what's called a blend door. That allows air pulled in from outside to mix with the generated heat and blow out into the cabin. The blend door will often play an important role in figuring out how exactly your heater core is failed if in fact it has.

Signs and Symptoms of a Bad Heater Core

The heater core is basically just a small radiator. There are fins inside of the core that hold heat that absorbs from the tubes that travel through it carrying that hot coolant from your engine. There are a number of ways that this system can go wrong on you so if you're experiencing any of these signs you should take your vehicle into a mechanic to get it looked at so you can figure out the exact nature of the problem and see what you can do about it.

This one may seem too obvious to even mention, but of course this is the likeliest sign you'll have that there's a problem with your heater core. If you turn on the heat and either no air is blowing at all or the air is just the same temperature as the air outside, even if the engine has been running for an extended period of time, that it's a good sign that something has gone wrong with your heater core. Several parts of the core could have failed for this result to happen including a leak in the coolant system, to a problem with the blend door, to the need for a heater core flush so it may take some diagnostic work to get to the heart of the matter.

The coolant in your vehicle is typically made from something called ethylene glycol. That's the main constituent of antifreeze. It's been the go-to coolant in most vehicles for many years now. Antifreeze has a very distinct odour that smells sweet. In fact, if you let antifreeze sit out unprotected it will very likely attract animals to try to drink it. This is a big problem with antifreeze and it's a reason that you need to keep it stored safely and disposed of safely as well. If animals or people drink it, it can't be fatal even in very small amounts.

Because the smell of antifreeze is so distinct if there is a leak in the coolant line through your heater core, you're going to notice the smell in the cabin of your vehicle. As we said it's a particularly sweet odour, so if you're smelling that when you turn the heater on in your vehicle it's almost guaranteed that somewhere in your coolant line you've developed a leak.

In addition to the smell, you may also notice a coolant leak in the cabin of your vehicle when the problem is in the heater core itself.  Since the heater core is located behind the dashboard of your vehicle typically when the leak is occurring in that area you will notice the coolant leaking down the inner walls of your vehicle around the centre console. They'll typically run down by your feet, or perhaps by the feet of the passenger depending on exactly where the heater core is located in your vehicle. It may also leak out through the vents themselves. Most coolant is either green or orange in colour, so this is what you'll notice. Again, remember that this is a very toxic substance so you want to get it cleaned up as soon as you can and get the leak fixed as well.

Arguably the most bothersome and dangerous side effect of a problem in your heater core is the window fog or film that can develop as a result of a malfunction. Typically, you'll turn your heater on to defog windows but when you have a certain kind of malfunction in your heater core what you'll notice is that they actually begin to fog up. This isn't actually fog that you're seeing, it's coolant that has been aerosolized by the air flowing through the blend door. While it's supposed to be blowing warm air up on your windshield to remove the fog, what it's doing is spraying a fine mist of coolant across the glass instead. Because your coolant is actually kind of a slimy, greasy liquid, this produces an obscuring film over the windshield. Not only is this annoying to deal with but if it happens while you're driving it could be extremely dangerous as well. If a window fogs up in a way that you can't clear off, you're at risk of not seeing what's in front of you and causing an accident of some kind. This is the clearest reason you'll have to get this problem fixed as soon as you can.

Alongside the problem caused by coolant fogging up your windshield, the other problem you can face that could be potentially costly and damaging is that your engine may overheat. Both of these problems trace to the same root cause which is a leak in the coolant system. Obviously if your coolant is leaking and spraying across your window, then what it's not doing is properly cooling your engine. Any time your coolant levels will get so low that they will not be able to properly cool your engine you risk the engine dangerously overheating.

An overheated engine can lead to significant damages such as warped valves and pistons and gasket heads as well. These repair bills can end up stretching into the many thousands of dollars if they get bad enough. So, while a heater core doesn't seem like it's important to the overall function of your vehicle, the wrong kind of failure in a heater core can cause significant damage further down the line.

What is a Heater Core Flush?

You can take this into a mechanic to get it fixed or you could actually do this job on your own at home.  Since a mechanic may charge you upwards of $150 to get it done, there's definitely a temptation to pull this off on your own since it's not that complicated and the materials you'll need won't cost you very much at all.

Obviously, this kind of job isn't for everyone, but if you do feel comfortable doing basic repairs and maintenance on your vehicle then this shouldn't be something that's too hard to do.

How to Perform a Heater Core Flush at Home

You only need a few items to perform a heater core flush at home if you want to.

Once you've assembled all the items you need to perform a flush the process is not difficult. You can find some videos online that will walk you through it if the steps don't seem clear enough.

As we said you don't need heat in your car to drive it, but if you've ever tried to start your car on a cold winter morning you're definitely happy to have heat when you need it. A broken heater core won't necessarily damage your vehicle but as we showed there are instances when it could lead to more costly and dangerous problems down the line. For those reasons it's best to get your heater core flush door repaired as soon as possible.