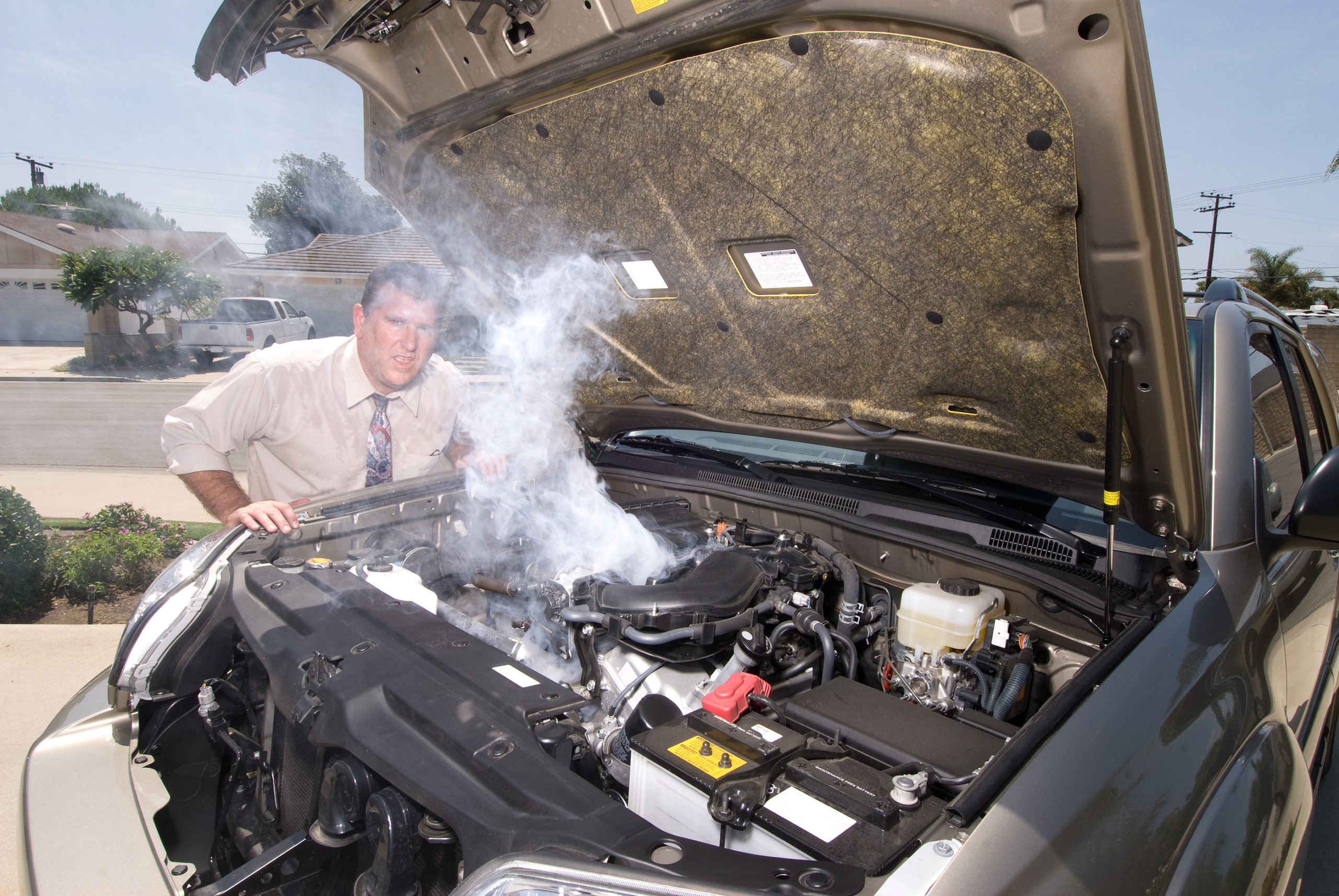 Few things ruin a drive quite like your car overheating, belching steam and smoke and sputtering to a stop on the side of the road. The first thing anyone is going to ask is “why is my car overheating?” But the reasons for a car running hot can be quite diverse, so it may be hard to pin down at first. Regardless of the reason though, it can be a serious and very dangerous issue if it’s not taken care of right away. So, if you've ever experienced an overheating car or just want to be prepared should it ever happen to you, we’ve got you covered with everything you need to know.

How Can You Tell if Your Car Is Overheating?

A car engine naturally gets hot if it’s done its job, you can’t avoid it. A combustion engine works the way it does by creating small, controlled explosions of fuel and oxygen mixed together, and about 60% of the energy produced by your engine is actually lost in the form of heat. So that engine is definitely going to be hot, but it should remain at a safe temperature. There are signs to be on the lookout for that will let you know your engine has gotten far too hot and could be at a dangerous temperature.

The most obvious sign of an overheating car is steam or smoke coming out from under your hood. In the event you see that happening you want to pull over immediately, as soon as it is safe for you to do so. The presence of steam usually means you have a coolant leak. The more steam the worse the leak. If it’s all of a sudden and a large burst of steam, a hose may have just blown, and your coolant could have entirely boiled off. This can be very dangerous and costly if it’s not addressed immediately.

Like steam, smoke could be caused by coolant, in this case, some of it leaking into the combustion chamber. If the smoke smells sweet, there’s likely burning coolant. Things like a leaking head gasket or a cracked cylinder head can also cause smoke. You can help narrow down the problem by observing the smoke.

While smoke and steam are obvious indications of an issue, there is more to overheating than all that and there are other signs you need to be aware of. From inside your car, the easiest to notice sign is the one right there on your dashboard. You have an engine temperature gauge with a needle giving you an indication of what's going on. It tops out in a red zone to let you know the temperature is too high. If you see it in the red, you know you have a problem.

What Causes a Car to Overheat?

There are a number of causes for engines overheating but let's look at some of the most common ones.

What to Do When Your Engine Overheats

There are dozens of reasons why a car can overheat, and we’ve touched on a few of them but certainly our list is not exhaustive. Luckily, whatever the cause there is one thing you can do to help in every single circumstance and that is turn the car off to let it cool down. That won’t magically fix whatever caused the car to overheat but it can stop it from getting worse which is what will happen if you keep trying to drive a car that is running hot.

Cooling down an overheating car is easier said than done, just what does that entail? One of the best things you can do is turn off the air conditioning if you have it on and instead turn the heat on. That may be uncomfortable for you but that heat comes from the engine and if you can divert it away from the engine that’s a good thing.

When it’s safe to do so, pull over and shut the car off. You're going to want to let it sit for as long as you can at this point. It’ll take at least 15 to 20 minutes for the engine to really cool down. The dashboard temperature gauge will let you know your progress here. When it does cool down, you don’t want to be driving it again unless there is literally no other option. Your best bet is to call roadside assistance, a tow truck, even a friend or a cab to take you home or somewhere else if any of those are remote possibilities. Whatever caused the car to overheat in the first place could still very easily happen again and if it was smoking there is a chance of fire. No matter what, you risk a lot of damage the longer you run a car at high temperatures.

Should I Add Water to an Overheated Engine?

When your car has reached a dangerously high temperature, one thing you never want to do is try to open any coolant tanks until the car has cooled down. If you try to remove a radiator cap from a hot engine you risk having boiling coolant burst out and cause serious burns. Let it cool naturally and, if you’ve done it before or are aware of how to do it from watching videos like this helpful guide on YouTube, you can add more coolant if you’re running low. Always use a rag or something insulating to remove the radiator cap and only if you’re sure you can do so safely. If you’ve never tried this before with a hot radiator don’t even risk it, just get to a professional. Better safe than sorry.

If there’s no coolant in your car it may mean you have a leak but adding what you can until it gets repaired may prevent even more extensive damage. Of course, if you have a clogged hose or the radiator is totally busted it may not make a difference.

If you have no coolant and only water handy, which you should probably always have in your trunk in case of emergencies, you’re in risky territory. Despite what you may have seen in movies, modern cars do not run on pure water in radiators at all. A 50/50 split of water and coolant should do the job, but you definitely don’t want to pour cold water into a hot radiator at any time. If the water is cold enough and your engine is hot enough, the drastic change in temperature could crack your engine block and that would be bad news for you.

What to Avoid When Your Car is Running Hot

Cars overheat all the time so it's not the end of the world if it happens to you. It’s a machine that burns gasoline inside of it, so keep in mind some heat is to be expected. When things get out of hand then you want to keep these tips in mind.

How Can I Prevent My Car from Overheating?

A car doesn’t have to overheat, and you can work towards preventing it from happening to yours if you're attentive and proactive when dealing with things like basic maintenance. The most important step you can do is to keep a watchful eye on your coolant levels. Routine maintenance is always a good idea and coolant doesn't need to be replaced all that often. Having it flushed and replaced every 30,000 miles or five years, whichever comes first should keep your engine at a good temperature even on the hottest days.

What Does it Cost to Fix an Overheating Car?

This question we cannot accurately answer, unfortunately. As you’ve seen, there are so many causes for a car to overheat it’s impossible to say for sure what the final bill would be to get it fixed. The range can be on the very low end of just a few dollars needed to simply buy another bottle of coolant and fill the tank with it, all the way up to several thousand dollars that will be needed to fix a blown head gasket if that's the cause of the issue. The best thing you can do in order to keep the price down is to make sure you take it in to get repaired as soon as possible, though. The longer you put off getting an overheating engine fixed, the more likely it is that secondary issues will arise, more hoses and other parts can be damaged as a result, and the entire process will take more time and cost much more money.