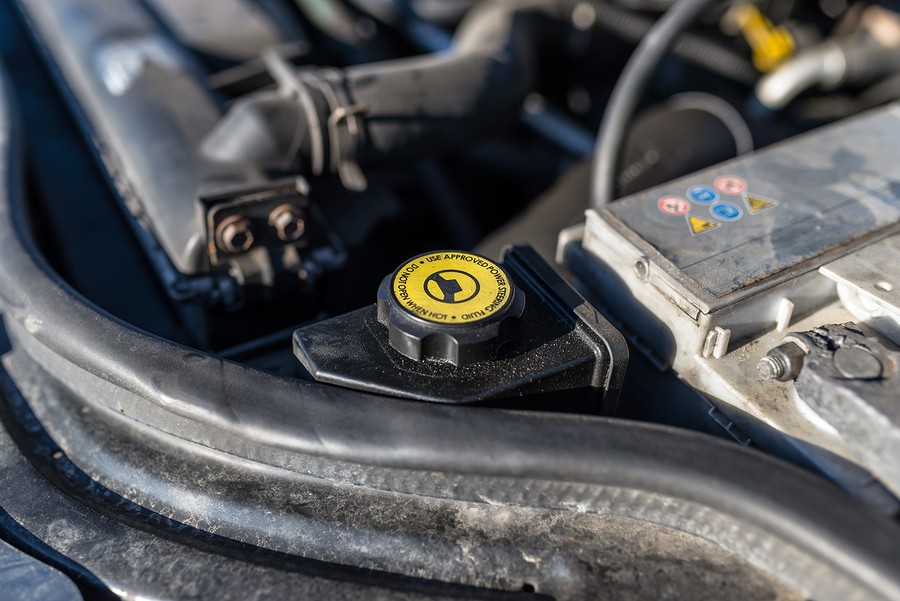 Does your car produce a really strange smell almost every time you turn it on? There could be a number of different reasons for this smell.

But the strange smell coming from your car could also be your antifreeze. It could be leaking and causing a smell that you’ve never experienced before, either inside and outside of your vehicle.

It’s important for you to know the answer to the question, “What does antifreeze smell like?”, so that you know whether or not the strange smell coming from your car is caused by antifreeze. Let’s take a moment to learn a little bit more about antifreeze and its distinct smell.

First, What Is Antifreeze?

Before we attempt to answer the question, “What does antifreeze smell like?”, it’s important for you to have a good understanding of what antifreeze is. Otherwise, you might not even think to consider antifreeze as the culprit when you detect a strange smell coming from your car.

Antifreeze, which is also commonly called coolant, is a green or orange liquid that is mixed together with water before being poured into the coolant reservoir located under your car’s hood. Antifreeze is made up mostly of the base chemical ethylene glycol, and there are a whole host of different types of antifreezes out there. Some are made for more general use, while others are made specifically for high-mileage vehicles.

What Does Antifreeze Do?

Antifreeze plays a very important role in the overall well-being of your car, which is why there’s going to be a cause for concern if you ever happen to smell it. After antifreeze is mixed with water—typically at a 50/50 ratio—and placed into your vehicle, it works to regulate the temperature of your car’s engine when it’s turned on. It’s especially useful when it comes to keeping your engine’s temperature regulated in extremely hot or cold weather.

Without antifreeze, you wouldn’t be able to get behind the wheel of your car and drive it in the dead of winter or the dog days of summer. Your engine would constantly be overheating and showing other signs of wear and tear due to a lack of antifreeze. It’s why you need to make sure you change your coolant on a regular basis, and it’s also why you should keep an eye and a nose out for signs of an antifreeze leak.

Now that you know what antifreeze is and how it helps to keep your car up and running, it’s time to answer the question of the day: “What does antifreeze smell like?” It’s actually a pretty simple question to answer on the surface.

If you crack open a bottle of antifreeze and start pouring it into your car’s coolant reservoir, you’ll get a whiff of it and be surprised by how sweet it smells. Some people have compared the smell of antifreeze to maple syrup, while others have said that it smells more like a piece of fruit or even a piece of candy.

This might make you tempted to smell antifreeze more than you would smell any of the other fluids that you put into your car. But this would not be a good idea, as antifreeze and the fumes associated with it are highly toxic to people. You should limit the amount of time that you spend interacting with an open bottle of antifreeze.

If you get into the habit of changing your coolant on your own throughout the course of the year, you might get to be very familiar with what antifreeze smells like. But generally speaking, you’re not going to come into contact with the fumes from antifreeze unless you experience some kind of problem with your car that causes antifreeze to leak.

The truth is that hot antifreeze doesn’t smell that much different than antifreeze that’s straight out of the bottle. But it does have a much sweeter and stronger aroma to it that will set it apart from the smells produced by other hot fluids in your car. It shouldn’t be too difficult to pick up on the smell of hot antifreeze drifting through the air either inside or outside of your vehicle.

If there is an issue with your car that’s causing antifreeze to leak, you might not have to worry about the antifreeze burning. Many times, antifreeze will leak from your car directly onto the ground beneath it. This will produce a strong smell in and of itself.

But that strong smell will be taken to the next level in the event that antifreeze lands on something inside of your car that causes it to burn up. If, for example, coolant leaks from a pipe or hose in your car and lands on your engine while it’s piping hot, it will begin to burn up right away.

When this occurs, you’ll still smell a sweet odor in the air. But it’ll also be a lot more pungent than it would otherwise. Some people have even gone as far as to say that burning antifreeze sometimes smells a lot like fish. This type of smell will really smack you right in the face and be impossible to ignore. It might also make you worried about the possibility of there being a big problem with something under your hood.

If it ever smells like there is antifreeze from your car burning, you should spring into action right away and do something about it. You could do some serious damage to your car if you continue to drive it as if there’s nothing wrong. If you even have to think, “What does burning antifreeze smell like?”, it’s a sign that you should pull over right away to prevent a larger issue with your car.

What Does Antifreeze Smell Like When Mixed With Engine Oil?

The antifreeze and the engine oil that you have in your car should never come into contact at any point. If they do, it means that there is a major issue with your vehicle that needs to be addressed right away.

Here are several reasons why your antifreeze and your engine oil might end up getting mixed together:

Chances are, you’re not going to need to use your nostrils to discover that antifreeze and engine oil have gotten mixed up. Your car will likely have so much damage done to it that you won’t even notice the strange smells surrounding your car.

But if you’re wondering, “What does antifreeze smell like when mixed with engine oil?”, the answer is that it smells slightly sweet but not quite as sweet as it would smell if it was just antifreeze on its own. You’ll detect a faint smell of sweetness when the engine oil in your car has somehow gotten mixed up with your coolant.

There are a few different reasons why you might smell antifreeze inside or outside of your car. If you’re currently asking, “Why does my car smell like antifreeze?”, these are some of the possible answers:

There are some other issues that can also cause your car to smell like antifreeze. But these three reasons are usually the most common causes of an antifreeze leak.

What Does It Mean If You Smell Antifreeze Through Your Vents?

If you only smell antifreeze when you step outside of your car, it’s probably because you’re experiencing one of the first two problems mentioned above. A leak in a pipe or hose or a worn-out radiator cap will usually lead to a strong antifreeze smell on the exterior of your vehicle.

So, what does it mean if you smell antifreeze through your vents on the interior of your vehicle? Well, this is often a sign that you’re dealing with the third problem—one involving your car’s heater core. Your heater core is responsible for dispersing heat throughout the cabin of your car.

Under normal circumstances, you likely won’t even notice this process playing out. But if there has been damage done to your heater core, it’ll disperse both heat and the strong smell of antifreeze through the vents in your car. It’ll be impossible to ignore this smell, and it might even make it difficult for you to drive like normal in your car.

Is the Smell of Antifreeze Dangerous?

The good news is that, in small doses, the smell of antifreeze shouldn’t do any harm to you. Smelling it won’t do the damage that ingesting it will. You might get a headache if you’re exposed to it for more than a few minutes, but it shouldn’t cause you too many issues at first. That being said, you don’t want to sit and smell antifreeze in your car day after day. Even if it doesn’t do any damage to your health, there will likely be damage done to your car when you don’t address the presence of an antifreeze leak.

What Happens If You Don’t Do Anything About an Antifreeze Leak?

Smelling antifreeze inside or outside of your car is, as we’ve mentioned a few times now, a strong indication that something is wrong with your car and will need to be fixed. You might need something as simple as a radiator cap or something as complex as a heater core repaired or replaced.

Is an Antifreeze Leak Worth Fixing?

While most vehicle owners are well aware of the fact that they need to have an antifreeze leak fixed, they worry about the costs associated with doing it. They think the answer to the question, “Is an antifreeze leak expensive to fix?”, is “Of course!” But this isn’t always the case.

There are lots of quick fixes that can be done on a car to get antifreeze to stop leaking. For instance, replacing a broken hose that’s causing antifreeze to leak out of a car is a relatively inexpensive job that won’t take very long at all. You’ll be back out on the road in no time.

But there are also some antifreeze leaks that can cost a pretty penny to fix. A heater core, for example, can cost almost $1,000 in some instances to replace. If that’s the cause of the antifreeze smell on the inside of your car, you could find yourself with a big auto repair bill hanging over your head if you decide to fix it.

Depending on how old your vehicle is, you might be better off selling your car to a cash buyer rather than spending a small fortune to fix something like a heater core to stop antifreeze from leaking. Cash Cars Buyer can make you a great offer for your car, even if it smells like antifreeze every time you turn it on.

Stop asking yourself, “What does antifreeze smell like?”, and contact us today to learn more about how easy it is to sell your car to us and be done with it.