Heater Core Leak: What You Should Know! 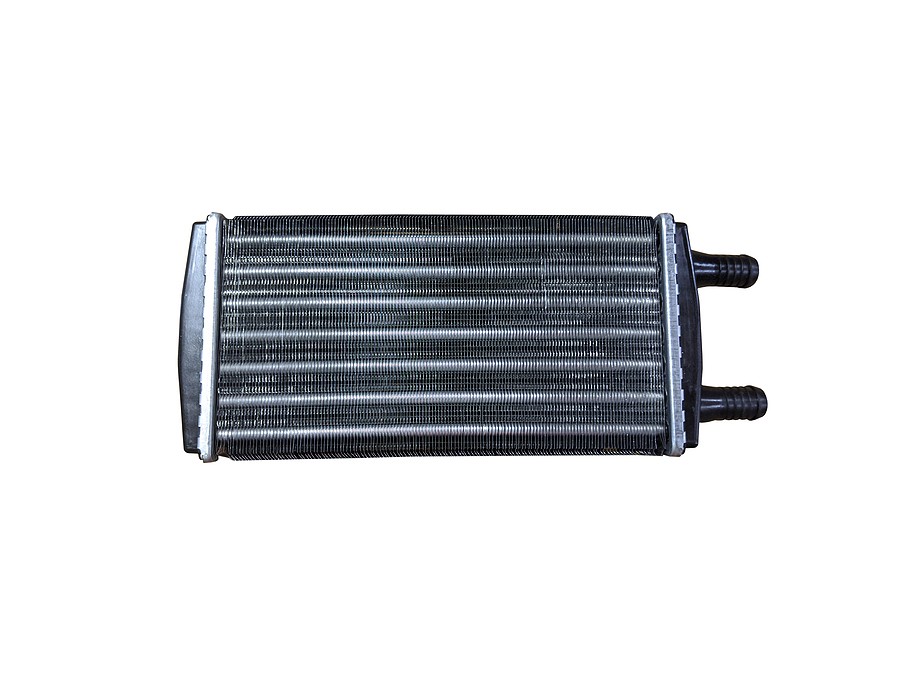 One of the leading causes of a mechanical breakdown is when a car's engine overheats. An overheated engine can be caused by a heater core leak. The low coolant levels resulting from the heater core leak can cause your engine to overheat and can ultimately destroy your car's engine.

This is not a situation any car owner wants to face, as it could leave you stranded with a hefty repair bill and an inoperable vehicle. Prevention is always far better than cure, so you need to find the heater core leak before your engine is damaged. Or better yet, prevent your heater core from getting a leak at all.

This article will explore a leaking heater core in more detail, including how a heater core works and what symptoms to look for when it becomes faulty and leaks.

What is a Heater Core?

Hot coolant fluid from the engine passes through the winding tube of the core, which is a heat exchanger between the cabin air and coolant. There are fins attached to the core tubes. These fins increase the surface area for the heat transfer to air that the fan forces past the fins. This is how your passenger compartment is heated.

Because the heater core cools the heated coolant that comes from the engine by transferring the heat to the inside of the car's cabin, the heater core can also act as an auxiliary radiator for the engine. Should your radiator not be working correctly, then the operator may turn the heat on – but this needs to be done together with the cabin blower fan placed on full speed and with the windows open. This should result in a cooling effect on the overheated coolant in the engine. However, this concept only works to a certain degree since the heater core is not large enough, and it does not have enough cold air going through it to cool a large amount of coolant significantly.

How Does a This Part Of My Car Work?

A heater core is located under your car's dashboard and is made up of conductive brass or aluminum tubing with cooling fins that help increase the surface area. The internal combustion engine in most cars is cooled down by a mixture of antifreeze and water that is circulated through the radiator and engine by a water pump. This process enables the radiator to give off engine heat to the car's atmosphere.

Some of the coolant mixture can be diverted through the heater core to provide some heat to the vehicle's cabin area or adjust the temperature of the air conditioner.

Another method of controlling the temperature and amount of heat entering the car's interior from the heater core is to block the heater core with a door that directs all, or part of, the incoming air around the core completely. This ensures that it does not get heated or even re-heated if the compressor of the aircon is active.

Some vehicles use a combination of the above. There are also simpler systems that allow the driver to control the door or valve directly by means of a lever or rotary knob. In more modern cars, a sophisticated system uses a combination of thermistors and electromechanical actuators that control the doors or valves to deliver air at a precise temperature that the driver selects.

Unfortunately, the reality of owning a car is knowing that each part comes with its own set of problems, and it is the same for your car's heater core. Some heater core problems you may experience include the following:

Symptoms of a Problematic Heater Core

Your car's heater core is made up of small pipes that have numerous bends. If the coolant system is not flushed or if the coolant is not changed frequently, then clogging of the pipes could occur.

If the pipes become clogged, then the heater core will not work correctly. A blocked heater core will restrict the coolant flow, and the heating capacity may decrease or be lost altogether.

It is also possible that the control valves can become blocked or get stuck. If a blend door is used as a method of controlling the air's heating amount, then it is possible for the door itself or the control mechanism to become stuck as a result of thermal expansion. If your vehicle has automatic climate control, then you may have a problem if the actuators fail.

Below are some of the causes of a clogged heater core:

Symptoms of a clogged heater core:

To unclog a heater core, you will need a garden hose and some running water. Create an adapter that allows you to pump water into the heater core and ensure you have enough pressure to dislodge the sentiment. If the water is not enough to clear the pipes, then you will need to use a radiator cleaner and allow it to soak inside the heater core.

Electrolysis can cause excessive corrosion, which can lead to a ruptured heater core. This will result in coolant spraying directly into the passenger compartment and white smoke filling the car's cabin.

Cooling system electrolysis corrosion is a common problem among late model cars that have an aluminum radiator and heater core. Electrolysis is a chemical reaction that occurs between metal surfaces and a coolant. In particular, and in the case of a vehicle's cooling system, aluminum is the most vulnerable metal. Aluminum is softer than iron, and it is more reactive to the acids and electric currents in the coolant.

Electrolysis corrosion can occur when:

Coolant or antifreeze contains corrosion inhibitors that coat the interior surface areas of your car's cooling system, including the heater core. When these inhibitors are depleted, the cooling system becomes corroded and filled with contaminants. This may cause a heater core leak.

Your engine is in danger when the overall coolant level in your car's system is low, especially if it results from a leak in the heater core. A leaking heater core can cause your engine to overheat and seize – one of the most common causes of a mechanical breakdown.

Unfortunately, if there is no coolant, the warning light and temperature gauge on your dashboard may not appear to indicate a problem. This is because it cannot read the coolant's temperature since the pipes are empty. Without a warning light to let you know about a heater core leak, you will need to be aware of some of the most common symptoms associated with a leaking heater core.

Below are the five main signs that you have a heater core leak:

If you notice a sweet smell coming from your vents inside the car, do not sit back and enjoy the scent; it is a sign of a leaking heater core and the scent of your radiator fluid. You could also smell the sweet scent outside of your car, in which case you need to look beneath your vehicle for signs of a coolant leak on the ground.

If there is a leak in your heater core, then there is most likely a hole or a puncture that has developed. Warm air will escape quickly out of the hole before it is able to reach the cabin of your car and its heater ducts.

Depending on the hole's size, you may feel lukewarm, cold, or freezing air coming into the car from your heater. If your car heater is blowing cold, inspect your heater core before further damage occurs.

One of the most common signs of a heater core leak is when the inside of your car becomes foggy for no apparent reason. Your windows will fog up with moist, warm condensation, and not mildly either; every window will be covered entirely in fog.

The fog is caused by warm coolant fluid leaking into your car's cabin and evaporating into steam as it reaches the cooler air inside your vehicle.

Nobody wants to face an overheated engine, especially if a heater core leak causes it. It will mean that you will soon be dealing with a very long repair bill as mechanics repair one problem after the next. Your car will also be standing for a while until it is repaired, possibly leaving you stranded.

Overheating is extremely dangerous for your car. Several major components can wear and break down extremely quickly when they get too hot. If your car is overheating, inspect the health of your heater core.

If your heater stops working to produce warm air, yet your engine is hot, then look for a coolant leak, especially if the cabin is cold.

Is your car devouring coolant quickly? If you suddenly need a higher than normal amount of coolant, you may have a leaking heater core or a blown heater core.

If the leak is hard to find, then the coolant may be leaking into your cabin when the cooling system is cold. Instead of creating fog, you may have a puddle on the passenger-side floor.

Repairing a heater core is not a cheap exercise and will often cost between $500 and $1,000 if you need to repair the entire heater core.

If you only need to do a heater core flush, then you may need to budget for between $100 and $150 to flush your car's heater core.

Ideally, you should never drive with a faulty heater core. It is risky and can lead to overheating and unwanted, serious engine damage. One repair could lead to another if you continue driving your vehicle, and it may eventually seize altogether or become unaffordable to fix.

If you have found yourself in the position of an unaffordable repair and an overheated engine with extensive damage, then it may be better to junk your vehicle and replace it with a new one. Cash Cars Buyer will happily pay you cash for your damaged car as you move onto a newer replacement.

PrevPreviousJunk Cars For Cash Dallas – Who Buys Cars Dallas?
NextHow Much to Paint a Car? 7 Factors That Will Determine the Price!Next