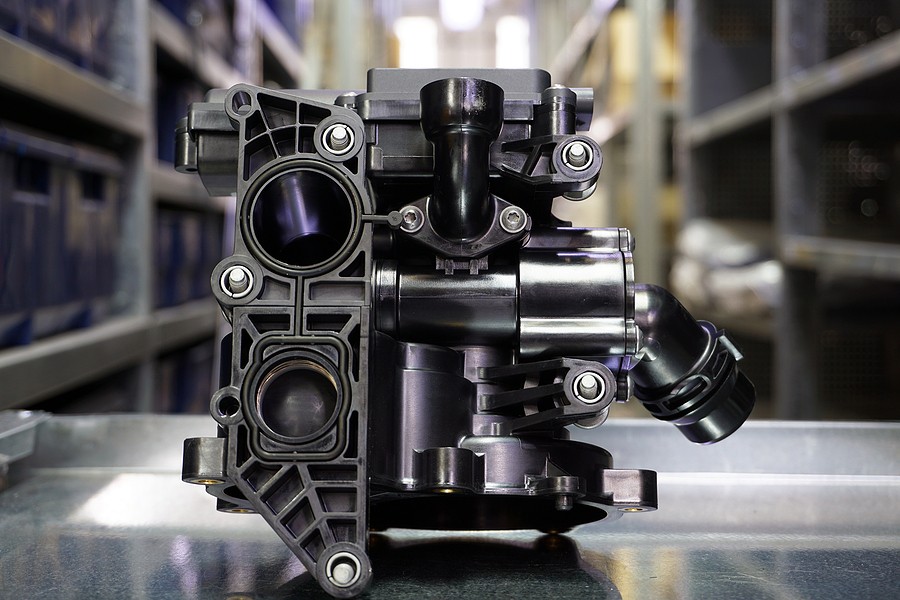 Let's take a look at exactly what the heater control valve is, where you would go to look for in your vehicle, how it can go bad on you, and what you can do to get it working again.

What is a Heater Control Valve?

For many drivers the concept of heat in their vehicle is one they don't give a lot of thought to. You turn on the heater when it's cold and warm air blows in at you. And while it may be obvious to most of us how this works, you have to appreciate that many drivers don't take a lot of time to learn exactly how all the parts of a car function and why they do what they do. That's why it is surprising for some people to learn that the heater control valve is a necessary part of how the heater works because it allows coolant to pass from the engine itself through the car heater where it's able to warm you up.

Any car engine is built to be as efficient as it possibly can be. When it comes to keeping you warm on a cold day, your car uses heat generated by the engine that has been absorbed by the coolant to provide warmth for you in the cabin. This heated coolant passes through the heater control valve into the heater core in your car's heating system where air will then blow it into the cabin of your vehicle. The coolant then continues back to the radiator where it cools down before circulating back to your engine to absorb more heat.

If something goes wrong with your heater control valve then it may not be able to open and close properly, or there can be other issues that prevent your heater from working the way you expect it to.

Where is the Heater Control Valve Located?

How Do I Know if My Heater Control Valve is Bad?

When your heater control valve is beginning to fail on you there are a handful of symptoms that you can be on the lookout for to let you know that you have a problem. Any one of these on their own doesn't necessarily mean that you have a problem with your heater control valve, but if you're experiencing two or three of them then you'll definitely want to have a mechanic take a look at the valve to see if that's the source of the problem.

No Heat: Obviously a total lack of heat coming from your heater is a good sign that you're having a problem with your heater control valve. If the heater control valve has failed in a way that prevents it from opening to allow warm coolant to travel from your engine to your heater then when you turn your heater on the fan inside might be able to blow air, but there's going to be no heat working with it. The air will just be recycled air from your cabin or maybe ambient air from outside pulled into your vehicle.

Aside from being a great inconvenience on a cold morning, this could also potentially be a safety hazard for you. Because the defroster relies on the same warm air, if you don't have a functioning heater control valve then you won't be able to properly defrost your windows. That might just be a minor issue when you first start your car, but if you're driving and your windows begin to fog up and you have no way to eliminate it, that becomes a serious safety concern for you and others on the road.

Inconsistent Heat: It's possible that your heater control valve will fail in a way that hasn't sealed it completely, but it isn't functioning properly either. That means that the heat will work sometimes, or maybe it will only slightly warm the cabin of your vehicle but not get it up to the temperature you were expecting. This is all due to the fact that a faulty heater control valve is no longer able to accurately control the flow of coolant from your engine through to your heater. You may only be getting a limited about or perhaps sometimes it is controlling the flow and other times it shuts off completely.

Non-Stop Heat: Another rare but bothersome symptom of a faulty control valve is endless heat. If the valve is stuck in the open position, then coolant from the engine will always be rushing through the heater core of your vehicle. Even if you tried to turn your heater off, the heater control valve won't respond because it's not functioning properly so the flow of hot coolant will not be limited. This could definitely become a problem for you as a driver and if the weather outside is hot already it can actually become a serious health concern if it doesn't get fixed soon enough.

When your heater control valve isn't working right it can also make it difficult to determine whether or not your engine is running hot or not. This is another thing that can lead to some serious problems with your vehicle beyond just being an inconvenience.

Coolant Leaks: If your heater control valve has developed a crack or break because it's worn down as part of regular wear and tear or because of some kind of physical damage then you may end up having a coolant leak at the valve itself. You'll notice coolant pooling underneath your car to alert you to the fact that you have a leak somewhere. It's also possible that if the valve is leaking it will start corroding due to exposure to the coolant, in particular if you have older coolant that needs to be changed.

Low Coolant: Even if you can't detect a leak visually because there's no sign under your vehicle it's possible that you could still have a leak somewhere and just haven't noticed it. If you check your coolant reservoir and see that it's quite a bit lower than it should be, and when you refill it, it seems to disappear again over a short period of time then it's pretty clear you have a leak somewhere. While there's no guarantee the leak is coming from the heater control valve it's definitely one place you want to look, especially if you're experiencing any of these other symptoms that we've mentioned.

Overheating Engine: This is actually a by-product of the last two symptoms related to your coolant levels being off. Whether or not you're aware you have a coolant leak, if you do have one then that's going to cause your engine to start running hot. You'll notice the temperature gauge on your dashboard routinely running towards the red. If this happens for too long, then you could suffer some serious damage to your engine as a result. Your engine has been optimized to work within an accepted temperature range. If your engine begins to overheat because you don't have enough coolant to keep it in that range what's going to happen is you could suffer some damage to the valves, cylinders, and pistons in your engine.

Overheated engines are extremely inefficient and can eventually break down in a very costly manner. This kind of repair job could end up costing you well over $4,000 to $5,000. Considering how cheap a heater control valve is in comparison to that, then you have no good excuse for not getting one fixed if you notice any of these symptoms that you're having a problem.

How Much Does It Cost to Replace?

When you head to a mechanic to have your heater control valve replaced you can expect to pay usually between about $150 and $250 to get the job done. If you have a rare model of car you can expect that it might cost a little bit more to get this done but it should fit somewhere in that range for you otherwise. Obviously, your best bet is to call a couple of mechanics if you don't have one that you go to all the time now to find out who could offer you the best price for this kind of repair job.

Even though many drivers feel that the heating and cooling system of their vehicle is somewhat extraneous, and their car will run fine without them, as we've seen that's not always necessarily true. Aside from keeping you comfortable on a cool day, the heating system in your car provides a valuable service for keeping you safe when you're on the road. If you can't properly defrost your windows, you could put yourself and others at risk.

Additionally, if you're suffering a coolant leak from somewhere around your heater control valve this could end up causing serious damage to your engine in the long run as it's exposed to higher and higher temperatures with no way to get them back down again. The last thing any driver wants to do is spend thousands of dollars to repair an overheated engine when it could have been a simple matter of spending just a couple of hundred dollars to get a leaky heater control valve fixed in the first place.

If you're noticing any problems with your heater that match up with the symptoms that we've listed here, make sure you get into a mechanic to have your heater control valve fixed as soon as you can so you could avoid some bigger problems down the road.