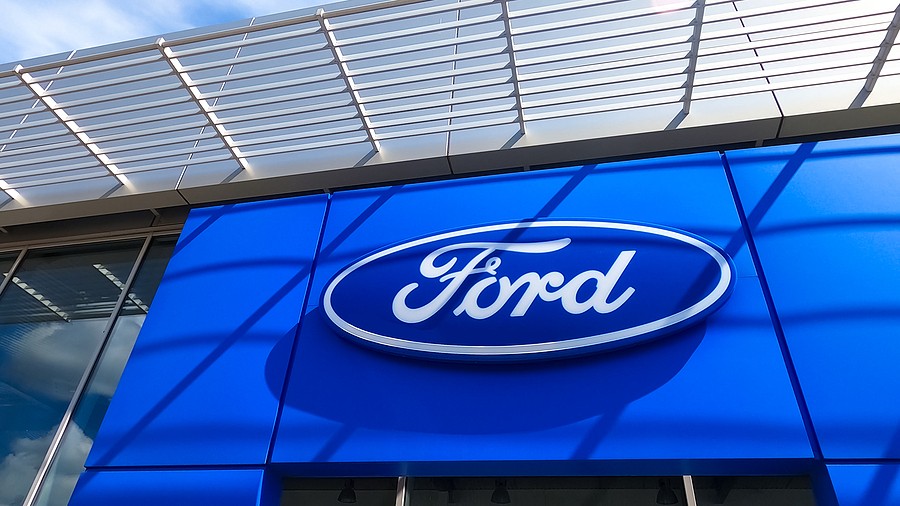 Every year, each carmaker introduces new vehicles and discontinues old ones in an attempt to meet the motoring public's requirements. Automobile companies not only launch new models, but also make improvements to existing cars, trucks, and SUVs to ensure they stay up-to-date in terms of design, engineering, and new technologies. This is a reflection of everything Ford has in store for its 2021 Ford models

With a big update of the Ford F-150 pickup truck, the introduction of the all-electric Ford Mustang Mach-E crossover SUV and the return of the Ford Bronco and its several iterations, Ford is gearing for a busy 2021 model year. Those three models represent Ford as it leans forward broader future trends.

Ford promises to deliver vehicles with enhanced fuel economy, modern design, smart technology, and well-thought amenities. The success of years of product planning will finally get tested in a marketplace that is still warming up to electric SUVs and hybrid pickups.

Other notable updates to the Ford 2021 roster of vehicles, SUVs, and trucks include a major price drop for the 2021 Ford Explorer, the extended roll-out of the Co-Pilot360 Assist Plus, which is an improved suite of driver assistance systems from Ford, and the latest update to the infotainment system from Ford, now called Sync 4. It has twice the processing power of the previous version, has natural voice recognition such as Siri, plus compatibility with wireless Apple CarPlay and Android Auto.

For 2021, Ford is also expanding over-the-air updates, meaning more Ford vehicles can be modified without visiting the dealer. Ford says that the cloud-connected software platform allows constant software upgrades, so that nothing needs to be done by the vehicle owner. All these and more, there’s a ton of new things to learn about the 2021 year models, and without further adieu let us uncover the Ford 2021 lineup.

The original Bronco was a two-door SUV that was in production between 1965 and 1996. So it was produced for over 30 years and then it was scrapped. But ever since there have been calls for Ford to bring the Bronco back and for 2021 Ford said yes to the call. The Ford Bronco is back and it looks extremely cool.

With a vast world waiting to be discovered the all-new Bronco was built to carry outdoorsmen to wherever the wilderness calls, with its unquestioned strength and durability. You can enjoy its numerous segment-leading design and capability features.

It comes as a two-door or four-door vehicle, each with removable doors and a roof. There is either a turbocharged I-4 or V-6 engine under the flat hood, both sending power to its standard  four-wheel drive.

The Bronco Sport is a smaller version of the Bronco, yet still ready for an off-road adventure. It's a new member of the 2021 Ford lineup for 2021, but shares about 80 percent of its parts with Ford Escape, and that includes its turbo three- and four-cylinder engines.

But Bronco’s little brother gets a thorough restructure to make it far more capable than the Escape off-road. Its dimensions are also different from the Escape. Not to mention that they look totally different from each other. A broad range of trim levels and accessories make it possible to design the Bronco Sport for all kinds of journeys.

The 14th generation of America's best-selling pickup truck has been introduced for 2021. Ford declared for the F-150 to be all-new, but it's more like 92 percent as the dimensions, configurations, and base engine are carried over. But despite that, there are still some major changes worth celebrating like the “PowerBoost” hybrid engine option with 12,000-pound towing capacity and 23 mpg combined. It has six engine options in total, all with a 10-speed automatic transmission.

It also comes with a burlier chassis, and a refined and high-tech cabin complete with a standard 8.0-inch touchscreen with wireless Apple CarPlay and Android Auto compatibility.  In-bed generator comes standard on all engines except the diesel and 3.3-liter V-6. Expect hands-free driving hardware with accompanying software for next summer.

The new paint colors for the 2021 model are blue and yellow. Standard wheels are up an inch from last year for the S and SE trims at 17 inches. The SE trim and higher comes standard with a cargo area organizer and cover. The SES trim also gets a power-adjustable driver's seat, as well as a package of the sport-inspired black exterior. The interior of the upscale Titanium trim is now upholstered in synthetic leather. An “Overlander” decal package is available to carry out EcoSport's off-road prowess.

A recent addition is the sport-inspired ST Line appearance package, but the real-deal Edge ST is getting a heated steering wheel standard for 2021. Inexplicably, the previously included hands-free power liftgate release on the ST-Line and with the Convenience Package has been deleted. New wheel options for 2021, ranging from 18 inches to 21 inches.

The 2021 Escape now has new paint options that include blue, bronze, green, and silver. The optional hybrid drivetrain of the Escape extends to include SE and SEL trims through a plug-in hybrid drivetrain. The same drivetrain remains standard on Sport and Titanium models.

The power-adjustable driver's seat included last year on the SE trim is now relegated to a set of extra-cost options. The Co-Pilot 360 Plus driver-assist suite from Ford is being modified to include recognition of road signs. And if that is not enough the Trailer tow package is available with 2.0-liter turbo-4, making the truck capable of towing 3,500 pounds. A tire inflator kit now replaces the spare tire.

The Explorer was introduced in 2020 with the RWD platform, so updates a minor for 2021. Heated front seats come standard for the XLT trim. It also comes with an offering of sport appearance package bringing in dark-themed exterior accents, a set of 20-inch wheels, contrast-stitched seating upholstery, plus other aesthetic workups. Range-topping Platinum trim comes standard with a cargo area organizer.

With sedan sales taking a plunge and SUV purchases skyrocketing, by slapping its famous Fusion nameplate on an all-new crossover-like station wagon, Ford is looking to synthesize those two vehicle segments.

Many specifics about the forthcoming model of Ford are yet to be revealed but it is said to target the Subaru Outback and Buick Regal TourX implying the possibility of the 2021 Ford Fusion being an all-wheel drive, with plastic body cladding, and an elevated ride height.

Ford introduces Mustang Mach E, its first electric performance car with up to 300-mile range. This five-seat crossover comes with standard or long-range battery options. You can also choose between RWD standard or AWD (except for the GT that is only AWD). Its engine yields 459 horsepower and 612 pound-feet of torque and reaches 60 mph in about 3.0 seconds. This is likely the most polarizing so far of everything Ford has in store for their 2021 Ford models

A large panoramic sunroof embellishes the performance car. LED headlights and taillights, and a hands-free power tailgate are featured in all Mach E trims. It also comes with a 10.2-inch digital gauge display and a 15.5-inch touchscreen for infotainment. Advanced driver-assist technology will be available to help you, as well as the Co-Pilot360 2.0 safety system that adds adaptive cruise control to the basic package.

You may also add an available premium B&O Sound System by Bang and Olufsen, heated and ventilated seating, and other arrays of technology to keep you entertained and connected on your journey.

Equipped with power, style, spacious passenger seating and cargo the 2021 Ford Expedition has an imposing presence as it hits the road. It has best-in-class towing of 9,300 lbs. if it comes equipped with the Heavy-Duty Trailer Tow Package. This makes it of the strongest from everything Ford has in store for their 2021 Ford models

Ford's small pickup, the Ford Ranger, gets new paint colors: gray, blue, and orange. The optional Black Package will have black Ford badges and side decals. There will also be new off-road equipment packages from Ford Performance, that can also be fitted to the 2019 and 2020 Rangers. The Tremor Package is set to give the Ranger a whole new off-roading capability.

The mid-size Ford pickup comes with two bed lengths in two body styles, and its trim levels differ from the base model XL to the more luxurious Lariat. All Rangers are powered by a 2.3-litre four-cylinder turbocharged engine with an automatic 10-speed transmission. Both rear and four-wheel-drive versions are also available.

A 2.5-liter four-cylinder with CNG/LPG capability, previously sold to fleet customers, is now available for retail sales. The Transit Connect passenger van can be purchased in new orange or silver paint colors.

If you're looking for a small cargo or passenger van, the 2021 Ford Transit Connect might be for you. The Transit Connect is less costly, easier to park, and more fuel-efficient compared to Ford's full-size Transit van.

The configuration of the cargo van seats two people, while up to seven are seated in the passenger configuration.  There is a fair amount of customization available too when it comes to wheelbase length and power source. Ford also packs a lot of tech features despite its small stature. This is a high level of customization even compared to many, if not everything Ford has in store for their 2021 Ford models.

The Transit has been around in its many different models and forms since 1965. The E-Transit is a pretty big deal for the car manufacturer as it should ensure that the world’s best-selling cargo van will thrive on for many years to come.

E-Transit comes in chassis cab,  cutaway and cargo van models, and has 3 lengths and roof heights on cargo van. It delivers uncompromised cargo space and has access to the biggest public charging network in North America. It is the only electric work van with the backing of the Ford Motor Company. There will be loads of different body styles and shapes to conform with almost every vanning needs, as the E-Transit has a total of 25 possible E-Transit variants.

The E-Transit could avail of AC and DC fast-charging. The DC offers up to 115kW and is capable of topping up the battery from 15% to 80% in about 34 minutes. The on-board 2.3kW power source also comes in handy for users to charge tools or power equipment at the site of their jobs.

New paint colors for EcoBoost, GT and GT500 are blue, gray, and yellow. The iconic Mach 1 was revived and all set to hit the racetrack. Ford hails it as the most performance-oriented Mustang below the GT350 and GT500 trim. CoPilot360 also comes with models powered by the EcoBoost 2.3-liter turbo-four or Coyote 5.0-liter V-8, including forward collision warning with automatic emergency braking, blind-spot monitoring, lane keep assist and automatic high beams. Rain-sensing windshield wipers and front and rear safety belt reminders come standard.

The Super Duty truck is living up to its name, with hugely impressive capacities and a display of modern technologies. It has massive torque and towing figures. Its Power Stroke diesel engine yields 1050 lb-ft of torque, and the most powerful model can tow up to 37,000 pounds. Heavy-duty trucks are more powerful and capable than ever, and the 2021 Super Duty is undoubtedly one of the most powerful.

Everything Ford has in store for their 2021 Ford models is shaping up for them to have a very interesting year. With all these strong 2021 Ford lineups it is without a doubt why Ford remains one of the top vehicle manufacturers. The Blue Oval may have just managed to deliver all-new vehicles that could be serious game-changers.