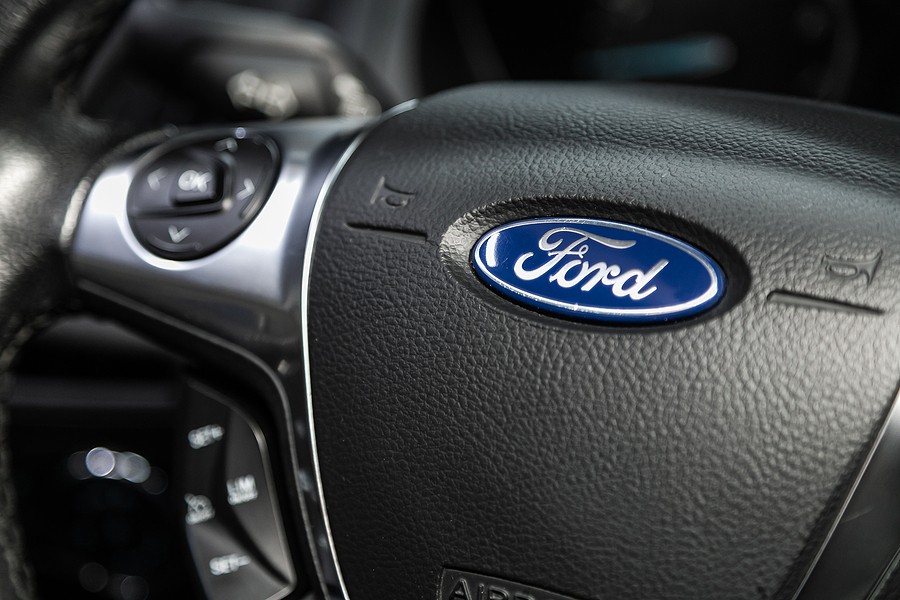 THE BATTLE OF PERFORMANCE

The Nissan Armada has a commanding V8 engine, like most large SUVS, that puts out 390-horsepower with a seven-speed automatic transmission. It has the strongest base engine in its class perfectly capable of moving with authority even as a large SUV. Acceleration is unhesitating from a stop, and one can just as easily pass and merge at higher speeds.

Most younger drivers go with vehicles with V8 engines because of its speed and power. As a matter of fact car racers go with V8 engines to have a significantly quick capacity for acceleration. There is a 90 degree-angle between each cylinder bank in the engine firing up the fuel consumption and increasing the power of the vehicle.

However, one downside with Armada is that you really have to jump on the throttle to get the transmission to downshift, unlocking the engine's full power. If not, it resists downshifting for the advantage of fuel economy.

Speaking of fuel economy, the Ford Expedition boasts of its 3.5-liter EcoBoost (turbocharged) V6 engine that defies the belief of a need for a big and bulky SUV with a potent V8 engine. It has horsepower that could compete with the competitors’ V8 engine, with more fuel efficiency. The XLT and Limited models get the 375-horsepower version of the V-6 while the top-tier Platinum has 400 horsepower. With either models the Expedition has lots of power on tap, with a standard 10-speed automatic transmission throughout the lineup.  Acceleration is swift from the get go, with promising throttle response as soon you hit the gas. To complement the engine’s power the gearbox shifts at the right timing. It guarantees a pleasing ride with its well-rounded performance.

Given the fact that large SUVs aren't particularly known for great gas mileage the Armada even comes in near the bottom of its class. In fact, the Nissan Armada has the lowest fuel economy numbers of any popular consumer vehicle on sale today.

Both the bulky Armada and the Expedition rides like a smaller SUV. But while the Armada is smooth to maneuver in tight spaces it’s difficult for the Expedition. When you're traversing the highway, you may need to put more control on the steering wheel than the usual to keep the Armada within the lane. In comparison the Expedition boasts of a responsive and well-weighted steering.

While the Armada rides comfortably enough over most surfaces the suspension can sometimes feel stiff. The Expedition’s ride quality is also smooth over most surfaces but a little harsher when driving over bumpy roads. Larger wheels also correspond to a choppier ride.

The Expedition tops the class with a towing capacity of 9, 300 pounds, while Armada can only tow up to 8, 500 pounds given that it’s properly equipped.

In its standard configuration, the Nissan Armada SUV and Ford Expedition seats eight people. Going for the available second-row captain's chairs also reduces the seating capacity to seven for both vehicles. The first and second rows also have the same ample head and legroom for a comfortable ride. The third row of the Armada can handle adult travelers on short trips, but it's not as roomy as that of the Ford Expedition.

The Expedition and the Armada both have a full set of LATCH car-seat connectors for each second-row seat. They also both have a tether anchor for the passenger-side third-row seat. All of the anchors of the Expedition are exposed for quick access and its cavernous cabin makes it easy to load most types of car seats. The anchors of the Armada, however, are a little hard to find. You have to really look for them at the bottom back of the seats. You also have to give a good amount of effort to connect the straps with the tether anchors.

The load floor of Armada is also high making it difficult to load heavy items. And if that is not enough of a hassle the rear bumper sticks out making it also hard to reach deep into the cargo hold to take out items.

Despite having the lowest base price in its category, the Armada does not fail to impress with its elegant leather, wood and metal accents that reviewers note as reminiscent of the upscale SUV from Infiniti, which is the luxury brand for Nissan. And not only that, most of its surfaces are soft to the fingertips, with good finish. The Expedition on the other hand also looks luxurious with its high end, modern cabin feel made of premium materials.

All Expedition comes standard with the user-friendly SYNC 3 infotainment system, which includes Android Auto and Apple CarPlay that lets you conveniently connect to music and apps on your smartphone, which is something that the Armada lacks.

The Expedition’s SYNC 3 doesn’t have the flashiest graphics that goes the same with the Armada’s screen graphics which are also not particularly crisp. But while Armada’s system can be slow to process inputs, the Expedition boasts of an 8-inch touch screen that is easy to use with its simple menus and large virtual button. You can also find clearly marked knobs on the center stack of the Expedition for audio adjustments and climate control.

And while the knobs on the Armada are also clearly labeled there’s a large number of buttons and it’s a lot to take in and understand. Some of the buttons are also hard to reach from the driver’s seat.

While all Armada models only come with a standard 8-inch touch-screen infotainment system, which includes a 13-speaker Bose stereo, satellite radio, navigation, and four USB ports.

The 2020 Expedition model boasts of its many safety features. It comes standard with the Ford Co-Pilot360 bundle of active safety features. It has blind spot monitoring, rear cross traffic alert, automatic high-beam headlights, lane keep assist, lane departure warning, forward collision warning, forward automatic emergency braking and pedestrian detection. It is important to note however that Co-Pilot360 is not a semi- or fully automatic driving mode. The driver remains fully responsible for the safe operation of the SUV.

Other standard safety features include rear parking sensors, rearview camera and Ford’s MyKey. This system also has seat belt reminders and encourages safe driving by letting you set the speed and audio volume limits for its secondary drivers.

From its engine power, interior features and safety features we have already made a detailed comparison of both vehicles. Both vehicles have their share of pros and cons. There are features that one vehicle has that the other does not have and vice versa. For some it is a matter of preference but there are just too many glaring advantages that one vehicle has compared to another SUV not to make a definite verdict.

When it comes to engine power both vehicles have plenty of engine power. While younger drivers may be more tempted to go with the Armada for its V8 engine known for speed, the Ford Expedition simply has way better towing capacity and fuel economy. The Armada is even at the bottom of its class list for gas mileage. In addition, the 2020 Ford Expedition’s twin-turbo brings the muscle with a high torque rating that exceeds the Armada by 76 lb-ft.

The list goes on with the list of advantages the Ford Expedition offers as it showcases its user-friendly infotainment system that includes Android Auto and Apple CarPlay that makes the Armada’s infotainment look even more outdated.

All things considered the Ford Expedition is simply the better SUV compared to the Armada. While it may be true that the Nissan Armada is a little less expensive than the Ford Expedition and from most large SUVs for that matter, if you can spend just a bit more money you’ll get a far better vehicle that is the Ford Expedition. The Ford expedition aced the battle in all categories when it comes to engine, interior and safety features, and that simply cannot be overlooked.