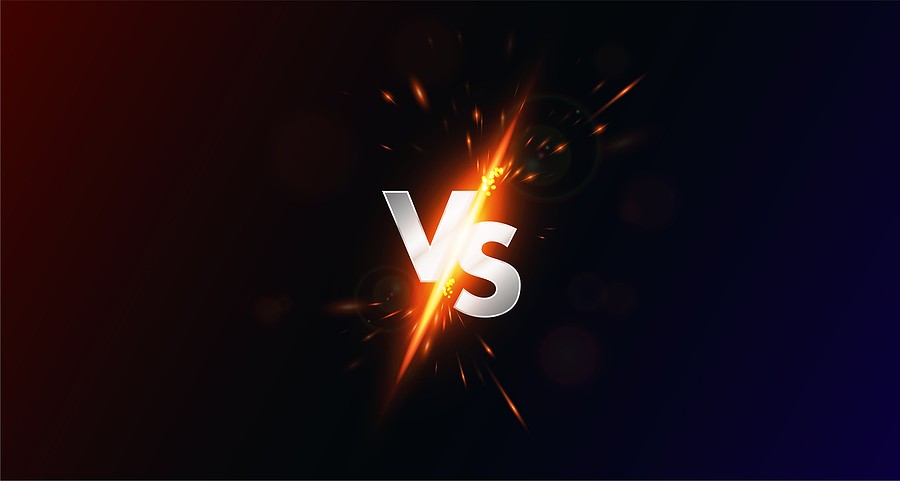 When you start experiencing electrical problems in your car there’s a good chance you have a problem with either your battery or your alternator. The relationship between the two is not all that complex, but not everybody fully understands exactly what’s going on.

When you first put the key in your ignition and turn it, the battery is what essentially gets your entire car to start running. The electrical charge from your battery will get the starter motor running which allows the engine to turn over and the vehicle to start. The alternator starts running after the engine and it takes over running most of your electrical systems while also keeping the battery charged. The battery needs the alternator to keep running and the alternator needs the battery to start running in the first place. It’s a nice give and take relationship that keeps all the electrical systems in your vehicle running smoothly, ideally for quite a long time.

When either your battery or your alternator starts to go bad, your electrical systems will suffer as a result and potentially you could be stuck with a car that simply won’t start at all. But knowing which one is giving you problems, the alternator or the battery, can sometimes be hard to figure out. Let’s go over some of the signs and symptoms you need to be on the lookout for to let you know whether you have a bad battery or a bad alternator.

Signs of a Bad Battery

There are a number of signs you can be on the lookout for if your battery is the source of the problem in your vehicle. If it’s weakening, then these are the signs that are going to let you know you need to get it replaced soon.

Dimming Lights: Your headlights and internal lights are going to start dimming when your battery begins to fail. That means that they will be dull from the moment you turn your vehicle on. If the alternator is the problem, then your lights will start bright and then dim later.

A Noticeable Smell: If you have a break in the case of your battery then the liquid and the gases inside will start leaking out. That’s going to create a distinct and unpleasant odor not unlike rotten eggs. a leaking battery is dangerous, and it will not last particularly long so you should get this addressed fairly quickly.

Corrosion Around the Terminals: Another symptom of a leaking battery is when the terminals begin to develop a white, flaky crust on them. This is a result of either a leak in the battery itself or something getting on the battery and causing the terminals to corrode. You don’t necessarily need to replace the battery if this is the problem, as a good wire brush could buff this clean and get it working again.

Warped Case: Your battery should be a well shaped block. If you’re noticing bulges or misshapen parts, then that could be the result of warping caused by temperature extremes. If you leave it in a place that has cold winters and hot summers, it can cause the battery to swell and crack.

Clicking Sound: When you put the key in and give it a turn, if the battery isn’t working properly it’s not going to be sending the power to the starter motor to get your car started. Instead, you’re just going to hear clicks and nothing else.

Slow Starts: If your battery still has a charge but not a very good one, you may notice that as you try to start your car it takes a few tries. You’ll get that almost starting sound, but it takes a few tries perhaps for the engine actually to turn over and start. If this happens on a regular basis, it’s a good sign that the battery is dying.

Signs of a Bad Alternator

Another thing you can do to check to see if the alternator is the problem as opposed to the battery is actually disconnecting the positive terminal on your battery while the car is running. If this causes your car to stop right away, then you very likely have a problem with your alternator.

Failed Electrical Components: Since your alternator provides power to the electrical components of your vehicle, as it begins to fail your electrical components can fail as well. This includes things like your power locks, the dashboard lights, the air conditioner, the radio, and the windows. If only one of those things fails that it’s likely that specific component that isn’t working right. If most or all of those begin to fail and don’t respond when you try to turn them on, then you can almost guarantee the alternator is the source of the problem.

Indicator Light: Your vehicle likely has a warning light that will pop up on the dashboard that says either ALT or GEN. These will let you know that there’s a problem with your alternator and it needs to be checked out.

Dead Battery: It’s kind of weird to say that a dead battery is a sign that you have a bad alternator, but when you think about it that’s actually one of the clearest indications. The alternator keeps the charge in your battery. If you know that your battery should be working well, which is to say it’s a fairly new battery and shouldn’t have any problems, then that battery dying on you may indicate that the alternator isn’t working properly.

How Long Will My Battery Last If the Alternator is Bad?

Your battery does not have a very long life span at all if the alternator in your car has died. If your alternator fails completely, your battery is probably going to die in about 30 minutes. It may last a little bit longer, but don’t expect it to get to an hour. And it may also die much sooner, especially if your battery already had a bit of a weak charge in it. It’s not unheard of that a battery could die within 5 or 10 minutes of an alternator failing.

Can you Jumpstart a Car with a Bad Alternator?

If your alternator has gone bad you can still give it a jumpstart to get it going again. That doesn’t mean you solve the problem and can just drive it at your leisure, but if you are able to generate enough power to get your fuel injectors and your ECU operating, your alternator should be able to keep your car going long enough to get you to a mechanic so you can get the problem fixed.

Basically, getting a jump when you have a bad alternator is a Band-Aid that can stop you from being stranded in a parking lot or the side of the road. You’re going to want to get a jump start from a good battery that has a nearly full charge. You should keep the other car that gives you a jump running for at least 5 minutes to ensure you transferred a good amount of power over, enough to get you where you need to go.

Once you’ve been jumped by the other car, you’re going to want to minimize the drain of electricity as much as you possibly can. Keep all your electronics turned off including the radio, GPS, air conditioner or anything else that might draw power from your battery. If you have to do this at night, when your headlights are on, it may not give you enough power to get going again because the headlights will be a drain. Likewise, if it’s raining, your windshield wipers are going to drain the power.

If the jump is successful, your only stop should be at a mechanic. The charge in your vehicle will not last long, so you better make the most of it.

Cost of a New Battery

If your battery has died on you and you need to get a new one, as with most replacement parts in a car, there is a range that you could end up paying for them. Generally, a new battery is going to cost you between $50 and $150. There are some higher-end batteries that may cost as much as $300, but this is really a premium thing that you probably don’t need for your car.

There will also be some labour costs if you take it to a mechanic to get the battery replaced that you could save if you just do the job yourself. Replacing the battery in your car is not that difficult and if you’re comfortable doing any kind of DIY car repairs such as changing tires or swapping out an oil filter, you can probably handle replacing the battery yourself as well. The most difficult part about replacing the car battery is just dealing with the awkward size and weight. If you can handle that, it shouldn’t be too much trouble.

If you’ve never replaced the battery before, there are no end of videos that you can find on YouTube that can show you the process step by step to make it as easy as possible. This one here is very clear and shows exactly what you need to do if you’re pulling this off on your own.

Cost of a New Alternator

If it’s your alternator that has gone bad on you and not the battery than the cost of replacing it is definitely going to be a little steeper. A brand-new alternator can cost you anywhere from $500 to as much as $1,000. Fortunately, you also have the option of getting a remanufactured alternator, one that has been used previously but brought back to like new, working condition. A remanufactured alternator will cost you a bit less, likely between $300 and $500. The trade-off, of course, is that this one has seen some use before so it may not last as long as a brand-new alternator is likely to last.

If your alternator has failed completely, you can save yourself some money on the repair bills by actually replacing it yourself. As it happens, replacing the alternator is also a fairly routine repair job. It may not be exactly as easy as swapping out your battery, but it’s not that complicated either. Again, if you haven’t done it before you can check out a video like this one which will show you the process of installing a new alternator which is a pretty simple job. That way you’re saving yourself a couple hundred dollars worth of labour charges and potentially some time as well.

It can be difficult to figure out whether the battery or the alternator is the source of your electrical woes when things start to go wrong in your car. However, if one is failing then the other won’t be doing you much good either because you need them both to keep everything operating properly. If you’re not able to figure out exactly which one is causing the problems based on the symptoms your having then it’s in your best interests to go to a mechanic who can figure out the source of the problem and get it fixed for you right away. That way you don’t have to worry about it regardless of which one of these two very important components of your car is the source of your problems.

Keeping your electrical systems in good working order is vital to the life of your vehicle, so when you start noticing problems you want to get them taken care of right away before things go from bad to worse.