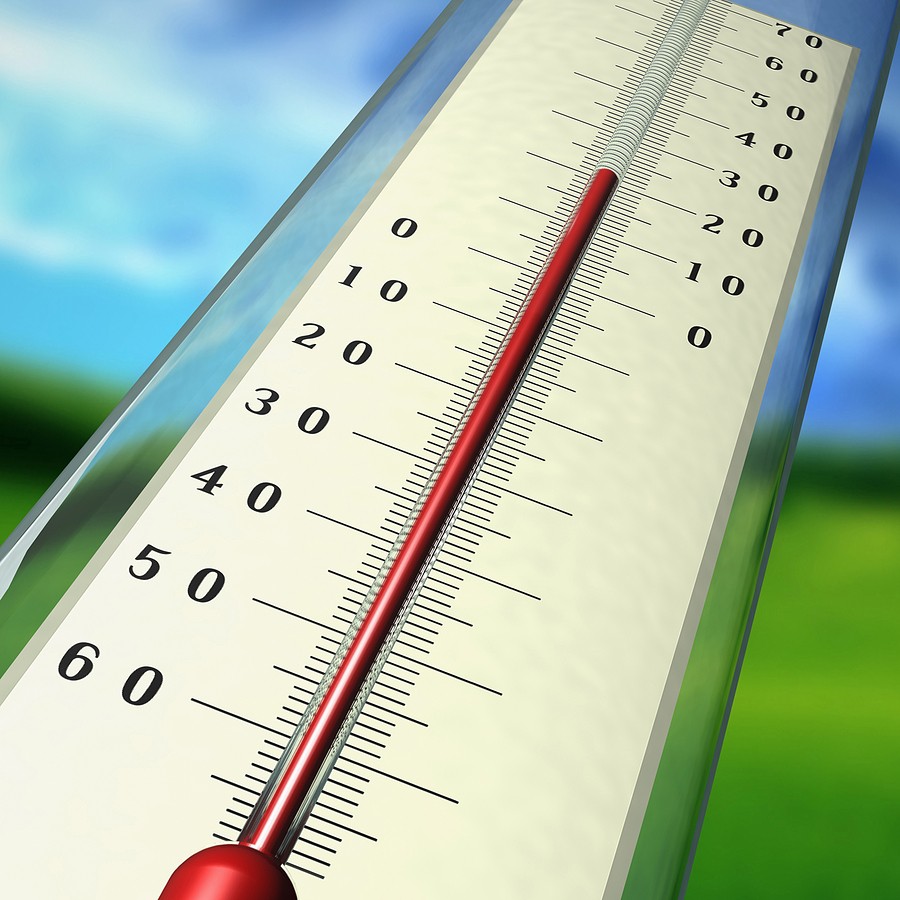 Most drivers or car owners know that cold weather will destroy or even ruin a car battery. Cold will influence the chemical processes that’s going on inside the battery to produce energy. It slows it down or stops it entirely. This method reduces the capacity of the battery to carry the charge and can make it entirely unusable. But is it true that the hot weather will damage your batteries much as the cold weather does? The answer is that the summer heat is even harder on vehicle batteries than winter chills. It may sound counter-intuitive, but higher temperatures have a stronger effect on the car’s internal power-generating chemistry.

Several reports even show that automobile batteries are much more likely to malfunction in the summer heat than they are in the winter. How is that? Extreme summer heat, or electrical components that put a constant drain on the battery, can increase the amount of sulfates. Battery studies have found that for every 15 degrees Fahrenheit the air temperature increases , the average automotive battery life is reduced by about half.

It's also not just about the temperature of the air but warm summer weather turns up the pressure under the hood and accelerates the onset of battery failure. So as a result many cars become stranded on the roadside during summer due to battery-related issues. An unfortunate truth considering that summer is meant to be enjoyed at the beach or at any outdoor activities. Here are the specifics as to how the summer heat negatively affects a car’s battery.

Evaporation as Cause for concern

Just like how the summer heat can affect a human body, making you thirsty and all worn out the same effect can be applicable to a car battery. Many people use the words “flooded” and “sealed” batteries when it comes to automotive awareness. Topping off a flooded battery with water is the conventional way to sustain a long-lasting device. However, evaporation is still a problem as the hot weather persists during the season.

Batteries can decline in hot weather as the evaporation of internal fluids is continuous. When the liquid decreases, so does the conductivity and charging capacity of the battery. That same fluid within batteries insulates the internal components from extreme swings of temperature so as evaporation goes continuously batteries succumb to component malfunction and lose their power. This may not happen all at once but continuous damage is sustained as each hot summer day is experienced with additional heat.

The separators, positive and negative plates, battery paste are the parts affected unless the distilled water in the battery is diligently and regularly replaced every week. This damage often goes unnoticed up until the day the battery eventually dies.

As the liquid within the battery evaporates the damage becomes irreversible and you are left without a choice but to purchase a new battery. Once winter comes around the battery won’t have the power to continue to turn the engine over. So while the cold climate may have killed your battery, it was the summer heat that set the problem in motion.

Battery components that fail inside the battery can contribute to acid leakage on the outer surfaces. The corrosion-free battery is safe, but the leaked acid causes persistent corrosion. The terminals that attach to the electrical device retain much of the rust debris, which destroys the battery even more. Couple the power supply with high temperatures, and you have a battery that is likely to malfunction in the near future.

There are various components connected to a typical vehicle battery that can have an effect on its reserve power. According to the Car Care Council, a group that represents automotive repair shops, the voltage regulator could malfunction. Excessive charging of the battery plus summer heat places immense strain on the fuel cells. The consequence is a battery that fails sooner.

The best kind of battery that could last the hot weather has a properly working charging system. Checking out all of these factors will help you travel gracefully through the middle of summer.

Heat usually accelerates chemical activity, but higher temperatures especially during summer also accelerates internal corrosion within the cells and reduces the lifespan of the battery. This is especially true for batteries that repeatedly reach elevated internal temperatures. And unfortunately once capacity has deteriorated because of heat, it couldn’t be restored.

Common Signs that You Need a New Battery

It's unfortunate that the first time you will probably notice that there's a problem with your battery is when it's no longer functioning leaving you stranded. But there are generally signs you can check out for before you're left with a dead battery. Some are evident, although others can require some sort of examination. When your car is a little tougher to start or the engine light or battery light is turned on, then those are pretty good indicators that your battery is in trouble. One warning is that the inner and/or exterior lights are dimmer than usual. In addition, the in-car accessories also fail to function.  You should inspect your battery if any of these occur.

Upon checking your battery, see if the fluid volume is where it should be. Although most batteries are sealed nowadays, the fluid content can still evaporate, particularly if it's incredibly hot outside. When the batteries are corroded, you should scrub them with a cleaner made up of baking soda paste, or even a bottle of cola. You can use a wire brush to clean the posts until the rust is gone. It is hazardous however when the battery appears inflated or swollen. The battery may be in danger of leakage or bursting and should be disconnected immediately.

Always note that once a car’s battery is already more than three years old it’s good sense to have it tested by a trained service technician to determine how much longer it can still last. If the battery already needs replacement the technician can replace it on location.

Ways to Help your Battery Endure the Summer Heat

The summer or hot season will always come and it’s important to be prepared to take the needed steps to somehow alleviate its effects on car batteries. Here are some useful tips to keep in mind:

In addition there are already car batteries available for hot weather. It could provide the additional engine power needed to ignite the plug with more strength and to stabilize the electrical supply much faster and better than the older type battery. Secondly, having the car battery replaced for the hot weather eliminates the worry that your car suddenly won’t start leaving you stranded or in a very inconvenient position.

Here are the types of Car Batteries for Hot Weather

Wet Cell Battery – commonly known as “flooded” batteries as they contain liquid. They are one of the least expensive batteries for hot climate, which is a huge benefit to most consumers. But they do not provide a long lifespan compared to other more expensive batteries. And some of them also require more regular check ups to prevent electrolytes loss.

Deep Cycle Batteries – used for small recreational vehicles like marine vehicles and golf carts. They provide some of the strongest power for small vehicles and they can sustain power over a longer period of time compared to other types of batteries.

Lithium-Ion – probably the most common type of battery being used by vehicles today. They can be used on a wide range of electric cars and hybrid vehicles. This type of battery can store significant energy at a fraction of the weight compared to most lead-acid types of batteries though it has a shorter life. You will have to replace your battery every three years.

An average automobile battery typically lasts anywhere from three to seven years, but that lifespan can be significantly less in warm-weather climates. In summary, the excessive heat can accelerate the chemical operation within the battery and causes battery fluid to evaporate.

The loss of fluid inside the battery not only has a lasting effect on a car’s battery but it permanently damages the internal structure and once it happens you will have to replace the battery altogether. So the very least you can do is to alleviate the effects of the inevitable summer heat to at least make the most out of your battery life.