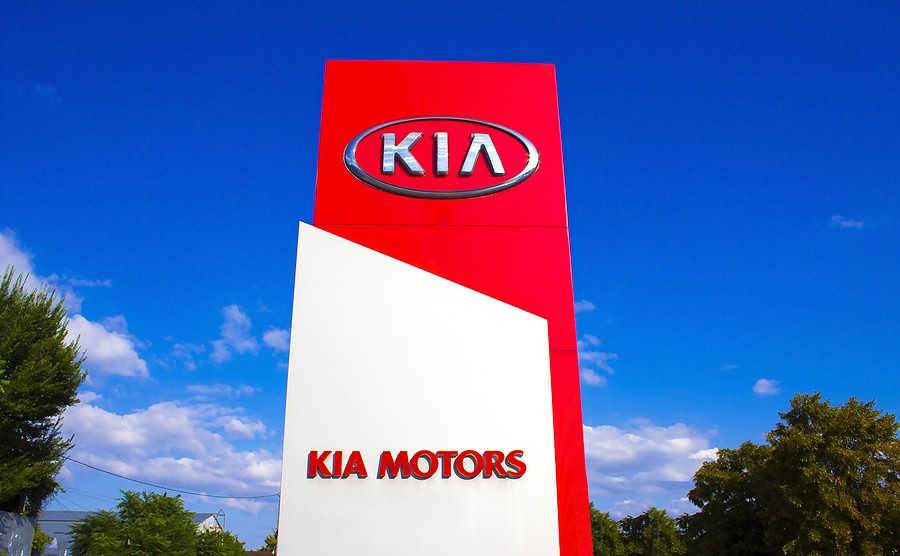 The 2013 Kia Sorento engine problems include:

Kia is an incredibly reputable brand that people loved over the years! The 2013 Kia Sorento is one of the unique vehicles that attracted customers and provided them with great new features.

Although there were lots of positive feedback about this vehicle, there tends to be some commonly reported issue about engine problems related to this car. Unfortunately, when you make a big investment and such a vehicle, you wouldn't expect to deal with major engine problems at the early stages of the vehicle's lifetime, but that happened to many customers.

This article walks you through the top reported 2013 Kia Sorento engine problems. It also highlights some information about when to expect these problems, and it will summarize details about what was reported in terms of repair options and repair costs.

What type of engine does the 2013 Kia Sorento have?

Before we dive into the details about the 2013 Kia Sorento engine problems, let's step back and understand the main features of this vehicle, including the engine.

People enjoy driving the 2013 Kia Sorento because of the very powerful engine. This vehicle has two engine types, including a 2.4-liter four-cylinder or a 3.5-liter V6 engine. Every engine has its pros and cons.

Despite the incredible features of the 2013 kiosks, there were several reported complaints about engine issues. Then, unfortunately, there was a strong trend indicating some problems with the engine of this vehicle.

The following list provides a general overview of what was reported to carcomplaints.com from real customers who drove the 2013 Kia Sorrento and complained about the engine. It also highlights what mileage each problem occurs to prepare you for what to expect next.

The first and most important problem with the 2013 Kia Sorento engine is engine stalling. Unfortunately, the problem was reported at least 27 times by different customers. As you might already know, engine stalling is a critical situation. It can easily lead to major car crashes if it happens in inconvenient situations like driving at highway speeds or during traffic.

The problem most likely occurred at around 63,000 miles which is not too far in the vehicle’s lifespan. However, still, it's not too early.. In other words, at this 60,000 miles, many customers complain about some significant problems in their vehicles and whether these vehicles are from Kia Sorento or not.

Unfortunately, there are many reported complaints about complete engine failure for the 2013 Kia Sorento. But, of course, when you invest in a vehicle that requires thousands of dollars, you wouldn't expect to deal with such a problem at the early to middle stages of the vehicle’s lifetime.

Complete engine failure occurs at around 80,000 miles, and unfortunately, most customers have to replace the engine or rebuild the existing one. Engine repairs cost up to $5560! This is a significant repair, and, in many instances, people had to give up on their vehicles because repair costs approach the value of the car, which is where you are not recommended to fix your vehicle.

Enter knocking is not expected to happen in a modern vehicle that is designed in a way that prevents this problem. Unfortunately, many reported complaints about the 2013 Kia Sorento engine knocking issues.

The problem is expected to happen at around 70,000 miles. Unfortunately, the only solution to this problem last replaces the engine, which means the knocking is not related to all minor issues and cannot be resolved by simple repairs like choosing a premium fuel. A couple of new riders to the 2013 Kia Sorento mentioned that they had to deal with engine vibration at around 14,000 miles which are very early in the vehicle's lifespan. Unfortunately, there weren't any reported details about expected repair options or repair costs, but it seems like most of these problems were covered under the vehicle's warranty.

Some information mentioned that some of the dealerships indicated that this is a normal problem and there is no specific solution to it, which means customers have to live with the issue.

Another less reported problem is engine overheating for the 2013 Kia Sorento vehicle. Engine overheating is expected to happen in any vehicle, but it can indicate a serious issue in the early stages.

Customers who reported engine overheating for this vehicle mentioned that the problem occurred at around 168,000 miles. While this problem was specifically reported about the 2013 Kia Sorento engine, it does not seem to be a common problem because of the fewer reported complaints and because of the very high mileage at where some of these problems are expected to happen despite the brand of the vehicle.

The last engine problem that we would like to highlight is engine noises coming from the 2013 Kia Sorento. A couple of customers who drove the vehicle with around 125,000 miles mentioned a strong ticking noise coming from their vehicle's engine.

As we typically say, any weird noises coming from your vehicle should be taken seriously. Whether these noises are coming from the engine or any other components, if you ignore them for a long time, there is a very high chance that you will deal with significant consequences that could lead to the need to install new major components.

According to one report, is complaints about the ticking noises coming from the 2013 Kia Sorento engine; the customer had to install a new engine and was required to pay thousands of dollars for repair. Are there any engine-related recalls for the 2013 Kia Sorento?

What the manufacturer mentioned is that some of these vehicles had issues with the way the engine was designed, which caused premature damage in the bearing, leading to potential engine damage.

The manufacturer mentioned that any vehicle that I got impacted by this recall needs to be fixed by the dealership free of charge.

What other problems does the 2013 Kia Sorento have?

Like any other vehicle, there are some other reported complaints about certain problems in the vehicle. The good news is that none of these problems were targeting some other major components like the transmission or the catalytic converter.

For example, the second most reported problem about the 2013 Kia Sorento vehicle is the interior and the accessories. However, most of these internal problems were repairable and did not prevent customers from driving their cars.

Also, about 12 people mentioned some problems in the vehicle's body and paint, which is another minor problem that shouldn't prevent people from purchasing a used 2013 Kia Sorento once they confirmed that the engine is in good condition.

If you drive during nighttime and are concerned about visibility, it's important to note that there were many reported complaints about issues with the 2013 Kia Sorento lights and driving visibility. Therefore, even if the problem doesn't sound like a big deal, it can be a big hassle, especially if you plan to enjoy your 2013 Kia Sorento without any issues that could impact your driving experience.

Finally, some customers complain about issues with the seating and the airbags that require some attention from any potential people who are moving to purchase a used 2013 Kia Sorento. How to prevent buying a 2013 Kia Sorento with engine problems?

If you're interested in purchasing a 2013 Kia Sorento, you could always do so, but the only thing to keep in mind is that you have to check on the engine very closely. We mentioned that most engine problems are not expected to happen at a very early stage of the vehicle’s lifespan except for the engine vibration minor issue.

Therefore, there are a couple of recommendations that we can provide you here to help you avoid purchasing a 2013 Kia Sorento with engine problems:

The first and most important recommendation is to do your research. Although, it must look into some. The more information you collect, the better sense you get of the typical value of the car. Because once you see that some of the vehicles are significantly cheaper than others, it could indicate some problems.

You're planning to purchase a used 2013 Kia Sorento vehicle for thousands of dollars. Therefore, it doesn't hurt to add another small amount of money to hire A mechanic and confirm that the vehicle has no major problems.

Relying on your skills is never a good idea, especially if you plan to buy a relatively valuable vehicle. Instead, your mechanic should better understand how to detect hidden problems that sellers might be trying to hide from you.

Although you can get a very good deal when purchasing a vehicle from private buyers, there is a very high chance that you might get scanned, especially if the buyer is very good at convincing you to purchase the vehicle.

Therefore, some experts recommend paying extra, knowing that the dealership will still ask you for the higher price. Still, to be on the safe side, if you can invest in some warranty that at least covers the major components like the engine oil transmission, you should be in good shape. It's a different scenario than purchasing a vehicle as it is from a private buyer who you will never see again. Despite the amazing features of the 2013 Kia Sorento, there were many reported complaints about certain problems in the engine. This article walks you through the top six reported problems about this vehicle's engine to get you up to speed with what to expect next.

Once you have a general understanding of these problems, you think twice before buying a used 2013 Kia Sorento without having a mechanic check it out. Also, if you're a current owner of this vehicle, it might be the perfect time to sell this car rather than wasting your effort trying to install a new engine.

If at any point you're looking for someone to buy your 2013 Kia Sorento with engine problems, Cash Cars Buyer is always here to help you!