Kia Engine Repair Cost – Do Not Buy the Optima or Sorento! 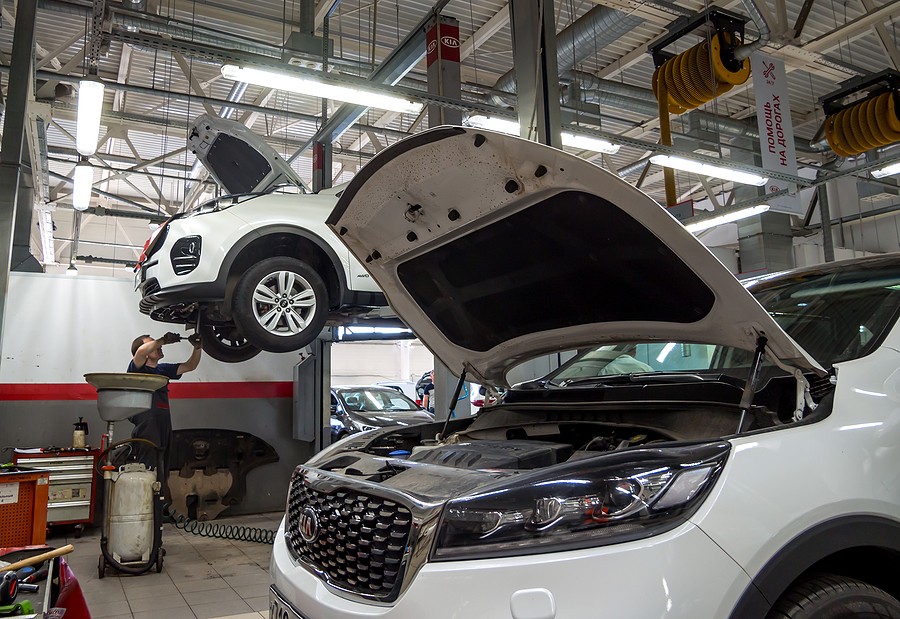 Although Kia Motors has a favorable reputation worldwide, some durability and reliability concerns plague current car owners and potential car buyers. Being one of the largest car manufacturers in South Korea, you would think that every car would be reliable, with a well-running engine and transmission. For that reason, it may surprise you to hear the Kia engine repair cost.

The second-largest automobile manufacturer in South Korea, only bested by the popular Hyundai Motor Company, Kia is a popular company with markets in America, Europe, Mexico, India, and Pakistan.

Unfortunately, reliability and durability are not the themes in this company. Even with stylish and affordable cars that get the attention of car shoppers, many owners in the last decade or so have been citing complaints about common Kia engine problems and a high Kia engine repair cost.

The average cost to fix the engine failure in a Kia car is between $4,600 and $5,300. The total price of the repair or replacement will depend on the exact make and model, whether it is a Kia Sportage, Kia Sorento, Kia Sedona, or another type of Kia car. Unforutnately for Kia owners, engine failure is a common problem, resulting in premature engine fixes and repair cost

There are certain problems frequently found in Kia cars when compared to other car makes and models. Knowing the most prevalent Kia engine problems can help you determine the overall Kia engine repair cost, saving you from spending a fortune and dozens of hours searching online for fixes to your problem.

We know that the engine is one of the most critical components of your car. Along with the transmission, your car cannot properly function without the engine working as it should. If you start to notice common Kia engine problems, you will also have to analyze the Kia engine repair cost.

Once you notice your Kia is running differently, whether it be due to a lack of performance or responsivity, you should bring your vehicle to a mechanic so they can give you an estimate on the total Kia engine repair cost.

There are popular engine types offered in most Kia models throughout the years. One of the main engine mechanisms used is the 2.0-liter DOHC inline-four gasoline engine. This kind of engine can produce approximately 130 horsepower and contains a piston engine with an iron block, alloy head, and belt-driven DOHC configuration. First used in the early 1980s, this engine type is typically used in the Mazda B-Series and the G-platform models.

Another widely-used engine type is the 2.0-liter FE Gasoline inline-four engine. This engine is from the F-family and used typically in the Mazda 626 and Mazda Capella models, producing 117 horsepower and is widely available after 2000.

A third common type of engine used in Kia cars is the 2.0-liter FE DOHC engine that produced 130 horsepower and had an optional four-wheel drive choice, used in the popular Kia Sportage model.

In addition, Kia used a powerful 3.3-liter Lambda II V6 engine in their popular Kia Sorento model in the third generation. This engine was offered alongside the existing 190-horsepower 2.4-liter GDi I4 and the 240-horsepower 2.0-liter turbo I4 engine in the Sorento model. Along with the petrol choices, Kia offered a 2.2-liter CRDi diesel engine for their Sorento model, a direct fuel-injection system engine that uses a low-pressure pump.

Some of the most common engine problems associated with Kia vehicles are due to engine stalling. Engine stalling occurs when your car stops running at the right performance level and does not accelerate or surge forward during operation. In Kia cars, the engine stalling is due to a software error that has caused unsafe driving conditions and a high Kia engine repair cost.

Another common concern that car owners have about Kia cars is the fire risk. Due to a manufacturing flaw within Kia vehicles, some of their models experience fire hazards and put the driver and passengers at risk. The main car model that has undergone fire issues is the Kia Soul.

The third most prevalent issue that causes immediate cause for concern is the faulty airbag deployment in Kia models. Due to a faulty wiring harness in the front passenger seat, the airbag is deployed at the wrong time and not deploying when it should protect you in the event of a crash.

Over time, the harness for the airbag can break down and become damaged. This damage leads to an unresponsive airbag, severely increasing the risk of injury during a crash.

This year, in 2020, Kia recalled over 200,000 vehicles due to an electrical issue that increased the risk of fires in various car models. Ranging from models between the years of 2006 and 2010, the Sorento and Sedona SUVs are the main culprits of this dangerous recall.

There was a recall three years ago in 2017 that directly dealt with the engine problems along with this most recent recall. NHTSA investigated Hyundai and Kia vehicles for engine failure and fire problems, affecting nearly 6 million vehicles in 2015 alone.

Out of the 6 million vehicles in question, 2.4 million Kia vehicles were recalled to fix the engine failure, leading to a high Kia engine repair cost and safety concerns for car owners.

The recall was issued after the NHTSA cited that these specific cars had an increased risk of engine fires back in 2019, with the agency then beginning an investigation. During the investigation, the NHTSA found that owners had cited over 3,100 fires and 103 injuries regarding the engine concerns and high Kia engine repair cost.

Unfortunately for Kia Sorento and Optima owners, this model has done poorly in recent years due to the high Kia engine repair cost. Between the model years of 2012 and 2014, the Sorento experienced numerous issues with the transmission and the engine alike.

With the car not staying put while placed in the PARK position and experiencing surges while the cruise control is selected, this causes unsafe driving conditions and the risk for an accident increases.

The majority of concerns regarding the Optima and Sorento deal with internal buzzing sounds, engine knocking, and engine failure, resulting in an increased Kia engine repair cost. In both cars, the engine problems are so persistent and severe that they do not have any quick fixes that are not expensive to the owner.

Typically, the engine problems are categorized into various groups depending on root cause and severity, such as lubrication, overheating, denotation or combustion, and disassembly of parts upon construction. Unfortunately for Kia owners, the engines usually prematurely fail before they can get the problem fixed with little cost.

Kia owners report that the vehicle stalls and emits strange noises before completely failing, sometimes taking only around 500 miles to go from symptoms to complete failure on the road. Engine failure is a serious issue that can cause an accident while driving, so it needs to be addressed as soon as possible.

Even before the engine fails in these Kia car models, there are noticeable engine reliability issues that should dissuade potential car buyers from purchasing Kia cars. Several car owners report that the Optima or Sorento has excessive oil consumption, black exhaust smoke from the tailpipe, and sudden stops while driving at full speeds.

Unfortunately for Kia owners, the average Kia engine repair cost is quite high – engine fixes are among the highest in car repairs or replacements. The average price of an engine rebuild comes between $2,500 and $4,000 for both labor and the cost of parts.

Looking at Kia Motors as a whole, you would think the company produces reliable, popular, and stylish cars that come at an affordable price. Unfortunately for Kia owners, many of the cars in recent years experience transmission and engine concerns that lead to a high Kia engine repair cost.

Diagnosing these common engine concerns, like overheating, misassembly of the internal components, excessive exhaust, sudden stops and jerks while driving, and premature engine failure, can help you save money on the overall Kia engine repair cost.

PrevPreviousWhat You Need to Know About the Subaru Forester Engine
NextCar AC Not Blowing Air From Vents: What Could Be Causing It?Next