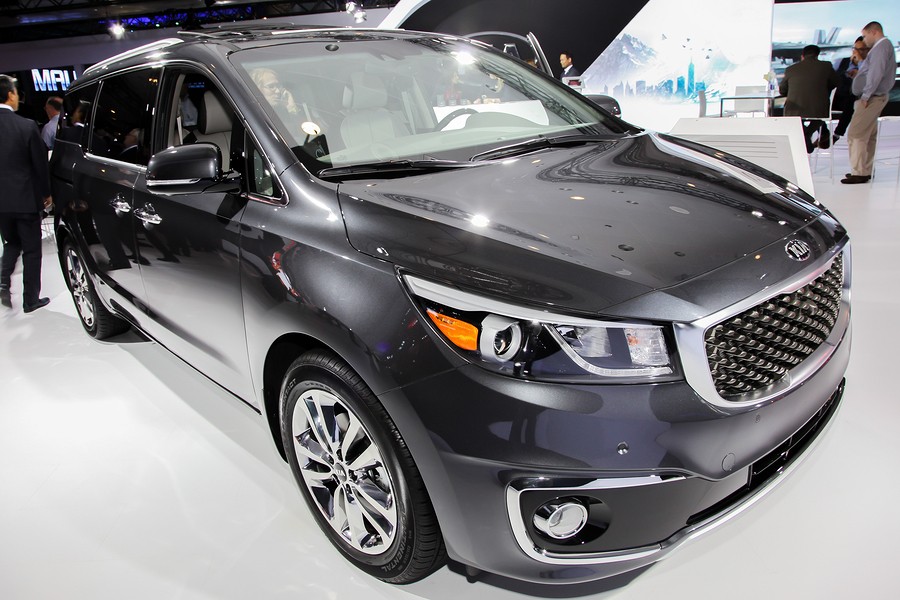 It can be hard to figure out which is the superior minivan between Kia Sedona vs the Toyota Sienna. In the year 2020 you're not that likely to find many minivans on the roads or in car lots anymore. The minivan segment has been steadily shrinking over the last several years thanks to the rise of SUVs on the market. But for those who do want a reliable minivan in their lives to carry the family around as well as a considerable amount of gear, there are still some options. The Kia Sedona and the Toyota Sienna are two of the best now let's see how they stack up against each other to find out which one is going to be best for you.

Pop the hood on a 2020 Kia Sedona you're going to find a 276-horsepower 3.3L V6 engine. That gives it the ability to tow about 3,500 lbs, assuming that the cargo space in the back isn't quite enough to help you haul everything you need to haul for a weekend out of town with the kids.

The 2020 Toyota Sienna has a 196-horsepower 3.5L V6 engine. This provides the Sienna with a nearly identical towing capacity to the Kia at about 3,500 lbs.

For the base models both vehicles are front wheel drive, but you can upgrade a Toyota Sienna to an all wheel drive vehicle. The Kia Sedona does not offer that option.

The Sedona has slightly less torque than the Sienna does but overall, they're very similar in terms of how they drive and their ability to get the job done for you. Because the Toyota Sienna does have a bit more horsepower and a bit more torque overall, we're going to say that the Toyota wins the performance battle, but just by a hair.

If you're in the market for a new 2020 Kia Sedona, the minivan comes with a starting MSRP of $27,600. It's available in four trim levels including the Sedona L which is the cheapest, then the LX, the EX, and the highest trim level SX which starts around $41,300.

Toyota went all out with their Sienna model, perhaps because it's the only minivan they offer. There are 10 trim levels available for this vehicle, with the most basic package being the Sienna L which starts at $31,640. At the far end of the spectrum is the Limited Premium Edition which starts at $48,055.

Of the base models, both the Kia Sedona and the Toyota Sienna offer you a combined average of 21 miles-per-gallon in terms of fuel economy.

The other thing you might want to take into consideration when you are planning to buy a minivan is what you can expect to pay in repairs over the course of a year. Obviously, this is not set in stone, but we can compare averages based on what other drivers have experienced. Repairpal.com does just that with data compiled from owners of both Toyota Siennas and Kia Sedonas. Based on their research, the average Kia Sedona owner is spending about $495 per year on repairs. On the other hand, the average Toyota Sienna owner has to pay about $554 per year on repairs.

Since fuel economy is equal between these two vehicles, we can discount that and just focus on sticker price and repair cost. It's less than $60 difference between repair prices, which is not very considerable overall. Based on that if you're just comparing the initial price of the minivan then the Kia Sedona winds the affordability battle. From the basic model all the way up to the most elaborate trim version, the Kia Sedona it's going to cost you less.

While the Sedona and the Sienna have been neck and neck in many regards up to this point, things do become a little more varied when we start comparing the features that are available. For instance, you can still get a CD player in your Toyota Sienna which Kia doesn't offer, and which most other vehicles don't offer any more either. Kia comes back by offering a hard drive in the Sedona that the Toyota doesn't offer.

Both vehicles offer you satellite radio and an MP3 player, however the Sienna offers a navigation system that the Sedona doesn't come with. Both models also come with Apple Carplay but only the Sedona comes with the Android Auto for the basic model. Both vehicles also offer a 7-in touch screen as well.

The same basic comfort features are available in both minivans including things like heated front seats, multi-zone air conditioning and lumbar support.

Between the two vehicles, the Sedona also offers more legroom for backseat passengers. There is 41.1” in the Sedona compared to only 37.6” in the Sienna. That said, the headroom is slightly better in the Toyota, but only just.

When comparing the two vehicles there are advantages and disadvantages to both. In fact, the comparison is so close we don't feel confident actually picking one vehicle or the other as the winter here. When you compare cargo space vs. legroom and assorted other features, the back and forth between the two keeps them on pretty even footing.

In the battle between the Toyota Sienna and the Kia Sedona in terms of features, the vehicles are tied.

In a straight up battle of safety, both the Toyota Sienna and the Kia Sedona have a wide array of safety features that will make your journey a little less stressful. Both feature things like traction control and stability control, as well as the array of airbags and such that you would expect on any modern vehicle.

In terms of more advanced safety features, both the Sedona and the Sienna offer you a backup camera and blind-spot monitoring. Both provide you with adaptive cruise control and lane departure warning.

The Toyota Sienna also offers lane keeping assist as well as the option for that all-wheel drive which can give you extra traction on wet or icy roads.

Based on Insurance Institute for Highway Safety crash test results, the Kia Sedona has an overall pretty good rating. The one less than stellar rating that it received was for passenger side testing in which it scored “acceptable” overall, rather than good.

The Toyota Sienna fared considerably worse in its crash testing. Both driver and passenger side testing came out worse overall with the driver side scoring an acceptable and the passenger side actually coming in at marginal, which is just one above poor.

The Toyota Safety Assist package is superior to what Kia offers for its vehicles. Since the features that come standard with the Sienna are the kinds of things that can help you every day, and getting into a crash is a far less frequent situation, we're feeling that the safety benefits of the Toyota Sienna greatly outweigh those of the Kia Sedona.

Both Kia and Toyota have reputations for making quality vehicles these days. Kia is often viewed as a more affordable Choice, while Toyota is considered a more reliable choice for many drivers.

The Sedona has been on the market since 1998 and Toyota has been making its Sienna minivan since 1998 as well.  In the US, Toyota far outsells Kia when it comes to minivans. In fact, the Sienna sold just over 73,500 units in 2019 while Kia sold just under 16,000 Sedonas.

Not a lot of people know that Kia has actually been around since the 1940s. Back then it started life as a company that made bicycles and obviously expanded considerably from there. Toyota as well as a very long history having been founded in the 1930s. Both of these companies clearly have a long history doing what they do and have developed a reputation for making safe and reliable vehicles that are well priced and fun to drive.

Head-to-head between the Kia Sedona and the Toyota Sienna, both vehicles have had their ups and downs. We gave the nod to Toyota in terms of the safety features that it provides, and it also won the head-to-head battle over which vehicle performs better. When it came to available features, we couldn't really make a choice, so we called that one a tie, and then the affordability battle went to Kia with its considerably lower MSRP.

Tallying up all the pros and cons for each vehicle makes it clear that at the end of the day the Toyota Sienna is the winter of our comparison here. That doesn't mean the Kia Sedona is a bad choice for a minivan, and if you're a more budget-conscious shopper than that's really going to make the Sedona look better than the Sienna for you. But when it comes to the total package, the Toyota Sienna wins.