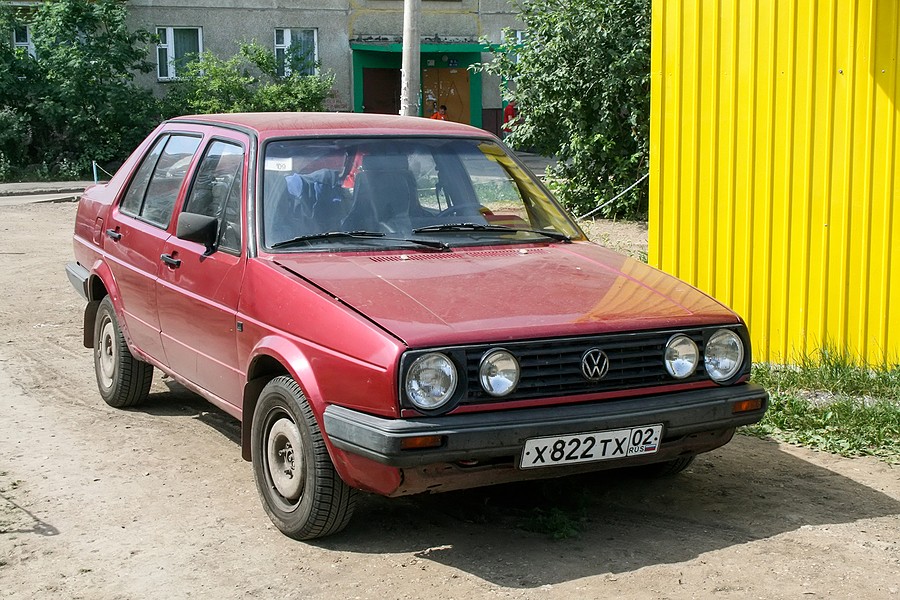 The VW Jetta is a compact and small family car that has been manufactured and produced by Volkswagen since the late 1970s. The original version was produced in 1980 and has grown in size in the following years. In addition to the size of the model growing over the years, the popularity has as well – by mid-2011, Volkswagen sold almost ten million VW Jettas, despite the common and serious VW Jetta problems.

Figuring out the most common VW Jetta problems, the most severe issues, and the worst model years can help you make a smart decision when determining what car to buy.

It is key to know the top problem categories and the main issues within each category. Regarding the engine, many years of the VW Jetta have all experienced similar issues that are very detrimental to the performance and longevity of the vehicle.

Some of the most prevalent engine issues within the 2002 Jetta include the engine burning too much oil, the engine light turning on on the dashboard, the EGR valve burning, catalytic converter failure, engine revving in neutral, engine shaking very hard and then ceasing to run, the engine stalling, engine shaking, ignition coil failing, overheating, and the glow plug harness becoming damaged over time.

To fix the main issue of the car burning too much engine oil, the typical repair cost for this issue comes to around $2,500 on average and requires some users to rebuild their engine at an average of 69,000 miles.

The following year similar issues remained in the VW Jetta’s engine. The top concerns focused on the engine failure due to oil sludge, the coil packs failing, the car dying while driving, the motor and transmission mounts breaking, the oil pump failing, the glow plugs not working, and the oil dipstick tube was cracking.

When fixing the engine failure due to sludge, the typical repair cost is extensive, coming into around $4,500 and occurring at nearly 81,000 miles. The most common solution is to completely replace the engine.

In the 2006 model year, the problems, unfortunately, did not get any better regarding the engine. The main issue is the check engine light turning on during cold weather, the camshaft failing, the engine stalling while driving, the faulty intake manifold, operating the broken motor mounts, excessive noise while driving, and the throttle lagging.

The engine issues actually got worse during this model year, before eventually subsiding following the 2010 model. The engine category’s worst issues focus on the check engine light is on, the engine stalling, the engine backfiring, the defective timing chain, and the engine not being able to turn over.

When fixing the stalled engine, the typical repair cost comes to around $4,500 and occurs at nearly 88,000 miles on average.

The second highest problem category regarding all model years of the VW Jetta includes the interior accessories.

Regarding the interior accessories in the VW Jetta, there are numerous issues that have caused concern. The main problems include the short circuit occurring in the wiring harness, the headliner separating from the ceiling, the paint rubbing off interior buttons, the paint coming off on the stereo, the radio FM Reception fading in and out, the CD player stops working, and a power seat moving unintentionally.

When fixing the short in the wiring harness in the driver’s door, the typical repair cost comes to around $700 and includes the common solution of replacing the door wiring harness at around 114,000 miles.

The interior accessories concerns in the VW Jetta include the radio dying, the rattling from the vehicle’s interior areas, the cruise control not working, the interior creaking, the glow plug lights coming on, and the interface stops working. The main solution for the radio dying is to replace the entire radio and wiring, with the typical repair cost coming to around $800.

Regarding the 2010 Jetta, the main interior problems include the stereo not working properly, the power door locks malfunctioning, the car locking itself, and the accessories not having enough storage space. When fixing the stereo not working correctly, the most common solution is to replace the radio for around $670 at nearly 82,000 miles.

Another category of concern regarding the VW Jetta problems refers to the transmission, with multiple generations of this car having transmission concerns that harm the car’s longevity and performance.

As you can see, the main categories of the VW Jetta problems include the engine, interior accessories, and transmission. In addition to the top concerning categories, there are top 5 problems that affect Volkswagen Jetta models throughout the years. Despite the Volkswagen scandal that occurred in 2015 regarding the emissions, sales rose again in 2018.

In addition, the Volkswagen Jetta is still the most popular and most sought-after model coming from this car company, with the company promoting this model despite the problems occurring in 2006 and 2010. According to the European Service Center, there are five main problems affecting all models of the VW Jetta.

The top problem affecting the Volkswagen Jetta is a shifting concern with the automatic transmission in the car. However, luckily for owners, this is the only type of car that is being affected, along with the vehicles with high mileage. However, this is a very expensive repair or replacement, sometimes requiring a transmission replacement to fix the issue. This issue generally affects the pre-2013 VW Jetta models that have a mileage of over 130,000 miles.

Sometimes, the problem that has caused the engine light to turn on could be a failed ignition coil or spark plugs, usually causing electrical issues. When your VW Jetta problems include the spark plugs, a spark plug failure could cause the engine to misfire and diminish in performance.

Although power windows can be handy and easy to use, sometimes they are more trouble than they're worth. If they break down or they are no longer easy to use, then you might have some problems with your VW Jetta. In the VW Jetta cars, this is usually due to a failed window regulator that requires replacing.

This power window failure typically affects 2013, 2014, and 2016 models the most that have an average mileage of over 90,000 miles. If you have power windows in your car, you should look into any signs and symptoms of power window issues.

With the aforementioned issues we mentioned before, like the engine, interior accessories, and the transmission, there are general electrical problems apparent in many of the VW Jetta models. Unfortunately for Jetta owners, these electrical issues have been very difficult to diagnose and pinpoint the root cause.

The main problem is due to a ground wiring issue that is typically found in tandem with the battery of your VW Jetta. Since grounding is important in electrical systems, this part is crucial to ensuring that your Jetta does not have any short-circuiting or faulty wiring.

The last most concerning problem in the VW Jetta is the odor and smell emitted from the HVAC vents. This odor is usually caused by condensation within the heater case and the HVAC system in your vehicle, which is in charge of circulating the air and heat throughout your vehicle’s cabin.

This smell generally occurs after your car has been sitting for over 2 hours, and is even more apparent when your car has rough idling. The drain system on the car might be contaminated or filled with dirt and debris, which can lead to a noticeable smell and dirty air.

The 2020 VW Jetta earned the #9 ranking in the Compact Car category and the #19 spot in the Small Cars category, earning positive reviews in many categories. The pros of the VW Jetta include a smooth ride and an efficient infotainment system, while the cons include the car not being as performance-oriented or athletic as the competition, and having some lower-quality cabin materials.

In addition, the new features for 2020 include the standard wi-fi hotspot, cold weather package, the wireless device charging, and a shorter warranty. Despite the VW Jetta problems, the benefits include a user-friendly and comfortable ride.