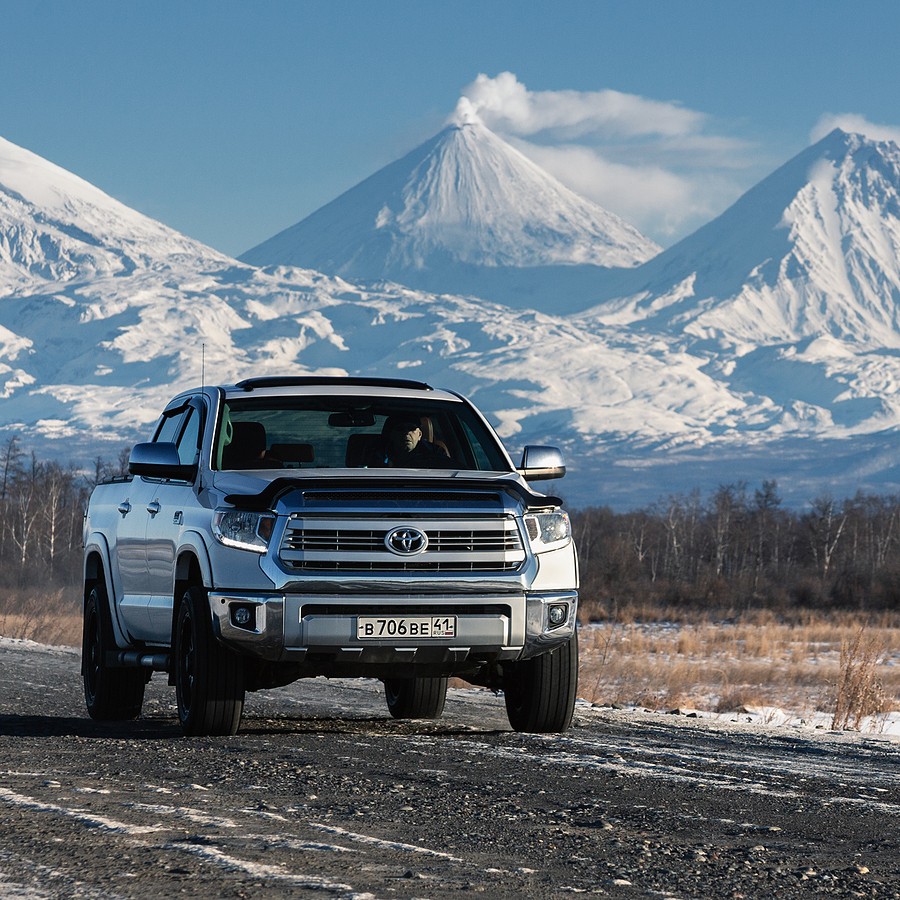 The Toyota Tundra is a pickup truck produced in the United States from 2000 until the present year. Produced over two generations, this car has been popular over the various model years. However, the high Toyota tundra engine replacement cost deters some potential car owners from purchasing this vehicle – expect to pay between $3,000 and $5000 for the replacement cost!

The first generation of hte Toyota Tundra used various engine types. Some of the engines used in the 2000-2006 Tundra years include the 3.4-liter 5VZ-FE V6, 4.0-liter 1GR-FE, and 4.7-liter 2UZ-FE engine. The 3.4-liter V6 engine served as the base engine for the Tundra, while the second engine was added to the Toyota pickup truck.

The second generation of the Tundra uses various engine types that are more powerful than the previous model years. The truck features a new 5.7-liter 3UR-FE engine with a 6-speed transmission andthree other engine options for high-powered use.

The worst model years of the Toyota Tundra in terms of the engine replacement cost focus on the 2004-2008, 2010-2012, and 2014 model years. The 2012 model is often regarded as the worst in terms of problem severity and the onset of occurrence, while the most-reported problem is the secondary air pump failure in the 2005 Tundra.

The worst problem categories in the 2005 model year focus on the engine, exhaust system, and transmission, with multiple owners complaining about the reliability and performance of hte engine system. The main concerns focus on the secondary air pump failure, the check engine light, and the car stalling during use. All of these issues can lead to a higher Toyota tundra engine replacement cost.

The main categories of concern in the toyota Tundra deal with the body and paint, the transmission, and the engine system. Owners report the secondary air pump fails, the car has unintended acceleration, and the car has catastrophic engine failure.

Unfortunately for car owners, the 2007 Tundra is one of the worst model years in terms of engine concerns and replacement prices. The main concerns focus on the air injection pump failure, knocking and piston slap when cold, secondary air pump sticking, air valve intake sticks, and the check engine light turning on during use.

New engines for the Tundra cost around $4,000 for a 4-cylinder engine, which are used in the first generation of the Tundra cars. In addition, the engine replacement price is around $5,500 for a V6 engine in the second generation cars, while the price increases to $7,000 if you choose to use a V8 engine.

Prices increase based on the complexity of the engine, the car brand and year, and the location of the repair process. In addition, choosing a used or salvage engine for your Tundra will reduce the overall Toyota Tundra engine replacement cost. A use engine can be purchased for as little as $400 to $700 based on the use and location of purchase.

In a typical Toyota Tundra engine, the shop time will usually range between 10 and 12 hours for the complex procedure. On an easy engine with a professional mechanic who knows the specific car model, you may only have to pay the technician for 8 hours of work. However, if the worker is less skilled and does not know the ins and outs of the tundra, it could be as much as 12 hours.

The majority of quotes will typically range between 10 and 12 hours for the total labor time. Determine the cost of the labor by multiplying the hourly rate by the number of billed hours. Keep in mind, the hourly rate for this procedure generally ranges from $80 to $150 based on the location and the knowledge.

Should I purchase a used engine?

The main factors that affect the Toyota Tundra engine replacement cost is the age of the car, the miles on the engie, and the shipping costs from where you are purchasing the used or salvage engine. If you are getting the engine from a local scrapyard, it will cost very little!

However, there are risks involved with purchasing used engines. Used engines may not last as long as a new mechanism, and can lead to a lack of durability in the long run. Although you will spend a few thousand dollars less in the short term for a used engine, it can actually lead to  higher Toyota Tundra engine replacement cost.

In addition, the junkyard or used-parts supplier offers only a short-duration warranty for the used engine itself, and doesn’t include any labor done by teh shop in charge of installing the engine into the car. If the engine does not run properly, you still have to pay the mechanic or local dealership for the labor and billed time.

The list of other potential costs involved with engine replacement typically begins with the repair and replacement materials needed to keep your car on the road safely. Keep up to date with the routine maintenance of adding freon, fluids, and changing your oil to keep your engine working at a high level.

Furthermore, replacing an engine does not necessarily include the other parts around the engine aht keep it bolted to the internal of the car, like hoses, belts, and valves. You may need to pay for other repair costs, like replacing water pumps, fuel hoses, and intake exhaust manifolds to keep your car working smoothly.

Engine replacement requires removal and reinstallation of these added parts, so additional labor prices for a new water pump may be reduced since the labor is already included in the Toyota Tundra engine replacement cost.

The pros of the 2021 Tundra is the powerful V8 engine and the spacious seats for ample comfort. The negatives of the Tundra is lower towing and hauling capacities, minimal cabin materials, and poor gas mileage. In addition, the Toyota Tundra engine replacement cost is quite high when compared to other trucks on the market.

Overall, the Toyota Tundra engine replacement cost is typically between $3,000 and $4,000 for the labor and cost of the parts. Although this may seem like a hefty price, it is well worth it to keep your car running safely and at a high-performing level for many years to come. Lastly, potential car owners should keep in mind the safety and performance issues in the 2005-2007 Tundra model years.