Toyota Corolla Problems – What Year Is Safe To Buy? 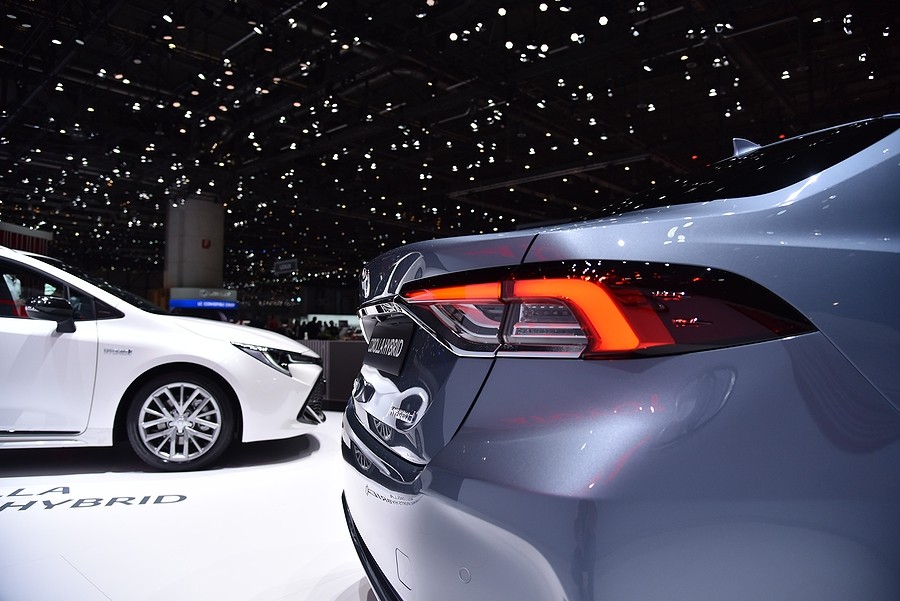 The Toyota Corolla is a line of subcompact and compact cars that have been produced and manufactured by Toyota and was first introduced in 1966. Back in the day, the Corolla was the best selling car worldwide, with the car model earning the best selling nameplate in the world in 1997. 20 years later, Toyota has reached an impressive milestone of 44 million Corollas sold over 12 generations.

Earlier models featured rear-wheel drive cars, while the more modern and recent models have been front-wheel drive. Four-wheel drive versions are also an option and have been produced throughout the generations, unbecoming direct rivals to the competition like the Nissan Sunny and the Honda Civic.

The eleventh generation was produced starting in May 2012, with the new option now available in either a 1.3-liter or 1.5 four-cylinder engine, and either in front or all wheel drive. The last generation we will discuss is the twelfth generation, which has been produced since 2018 and debuted at the Geneva Motor Show.

Before we go through the problems of the Corolla year by year, we are going to do a general overview of the main problems in each category or generation of Corolla produced. By narrowing down the problems by generation, you can figure out the most common issues and how to fix the problems you might run into as a new car owner. Out of all of the generations, the more modern and latest generations have the fewest problems, and have the most minor issues.

Worn Piston Rings – one of the main problems of the Corolla is worn piston rings, which can lead to excessive oil consumption and possible engine failure, which can be quite expensive. Symptoms of worn piston rings include oil sludge buildup and low oil levels.

Airbag Control Module Failure – Regarding the 2003-2004 Corolla, the owners of these cars have had their front and side airbags deploy unexpectedly and not during intended use. The issues of the airbags related to the circuits in the cars short-circuiting from excessive noise, causing the airbags to deploy randomly.

The Toyota Corolla had more problems listed than the previous eras, with the beginning generation having very few issues, and the problems really starting to crop up after the 2000 model year. The main categories of concern for the 2002 year is the engine, with the seatbelts and airbags category also having a high amount of NHTSA complaints.

The NHTSA lodged over 300 complaints regarding the seat belts and air bags category, with these issues resulting in 42 crashes, 44 injuries, and occurring at an average of around 72,000 miles. Users state that the airbag warning indicator remains illuminated, the car air bags do not deploy during a crash, and the airbag light turns on and off while driving.

The interior accessories concerns focus on the broken door lock actuators, the center console door hinge breaking off, the rearview mirror and visor colliding, and the spring and hinge on the storage compartment breaking over time.

The 2005 and 2006 years of vehicles also have the same amount of problems listed from users, with the main categories of concern dealing with body and paint in the 2005 year, and the engine category in the 2006 model year. For the earlier model, the body and paint problems focus on the paint peeling, the water leaking into the interior, the paint peeling behind the rear wheels, and the trunk not being able to open. To fix any of these paint issues, the typical repair cost is around $540 and occurs at around 115,000 miles.

Premature Passenger Airbag Failure – when the passenger airbag goes off during a potential crash, there is a possibility that the airbag could rupture and cause metal fragments to hurt the occupants. This is due to the propellant degrading over time due to unstable temperatures and very high humidity levels.

Cracked Engine Control Module – the circuit board inside the engine control module in this generation of Corollas is more susceptible to cracks, causing harsh transmission shifting or the engine failing to start.

After two years of relatively few problems, the 2009 model year had the highest number of user and NHTSA complaints, with the most user complaints focusing on the engine, and the NHTSA lodging 555 complaints regarding the seatbelts and airbag system. Regarding the engine concerns, users have cited excessive oil consumption, loud noises from the engine, check engine light turning on, the car surging, the car not being able to start, the sudden power loss, and the car’s accelerator getting stuck. To fix the excessive oil consumption, the total repair cost is around $4,570 and occurs at around 100,000 miles.

The NHTSA complaints about the seat belts and airbags mainly focus on the frontal airbags, the side and window air bags, the rear seat belts, and the buckle assembly. These issues have caused 48 crashers, 1 fire, 40 injuries, 1 death, and occur at around 16,000 miles.

After the worst year on record, the 2009 Corolla, the 2010 model year had very high NHTSA complaints for two categories – the steering system and the seatbelts and airbags. The highest number of user complaints focused on the body and paint area of the car.

The complaints focusing on the steering system focused on the car clunking while turning, the steering being stiff, the car pulling to one side, and the steering being loose. These steering issues have resulted in 18 crashes, 13 injuries, and occur at around 14,000 miles ,with users stating that the steering wheel can fail and is unable to turn to either side.

The concerns regarding the seatbelts and airbags focus on the airbag recall, the airbags not deploying, and the seat belts and air bags not working correctly in an accident. The air bag issues in the 2011 Corolla have resulted in 41 crashes, 35 injuries, and occur at around 15,000 miles, with users stating that the airbags didn't go off in the occasion of an accident.

During the next few years, the problems in the Corolla drop dramatically, with the three years having very few NHTSA and user issues in any category. The main areas of concern in the 2012 had issues with the brakes, and the 2013 had concerns regarding the interior accessories.

The 2012 Corolla brakes problems focus on the brakes squeaking, brakes vibrating, and the brake pedal going to the floor when trying to stop the car. The 2013 Corolla has user complaints regarding the interior accessories like the radio turning off several times while driving, the broken dash mounts for the cabin filter, the dashboard melting, the rattling occurring around the steering wheel, and the seats being uncomfortable over time.

The 2018 Corolla was the first year of the 12th generation of the Corolla, showing its reliability and safety in the market today. With the production of over 50 years, the Corolla has become very popular, despite some minimal Corolla problems.

Cruise Control – The most common problem with the 2018 and 2019 Corolla involve the cruise control feature. When coasting on a highway, the transmission downshifts, but in this model, the throttle is not restricted enough, so it causes the car to accelerate slightly.

The 2020 Toyota Corolla reliability depends on the pros and cons of this car – unfortunately, the Corolla finishes in the bottom half of the compact car rankings despite a great predicted reliability rating, due to the lack of performance and cabin space. The pros of the Toyota Corolla are the class-leading reliability rating, the great fuel economy and miles per gallon, and the active safety features. The cons of this Corolla feature a sluggish and lackluster engine base, the inconsistent transmission performance, and the cramped rear seat for long drives.

With the overall rating, the US News Scorecard earned an 8 out of 10, with the critics’ rating earning a 7.5 out of 10, performance averaging 7.1, interior coming out to 7.0, safety equalling 9.8 out of 10, and the JD Power ranking getting an impressive 4.5 out of 5 stars.

The Mazda 3, when compared to the Corolla, is a stronger and more performance oriented option than the Corolla. The Mazda’s engine is strong, agile, quick, and handles smoothly and engages quickly. In addition to the performance, the interior is upscale and luxurious. Both of these cars are available as sedans or hatchbacks, but neither one wins out in the passenger room category. The pro of choosing the Corolla is the driver assistance features and the better predicted reliability rating.

The Honda Civic is a well-rounded compact car that just beats out the Toyota Corolla. The Civic comes in various options, like the sedan, the coupe, and the hatchback body styles, giving you a choice of body style and engines for you to sue. The Corolla has a standard entertainment and infotainment system, while the Civic’s is optional and costs some more money.

However, some may argue that the Honda provides a more interesting and fun car to drive when compared to the Corolla. In addition, the Civic serves more interior space in the backseat and has a nicer and more luxurious interior, providing a more upscale look.

PrevPreviousGetting Dents out of Your Car – What Is the Best Way?
Next2010 Kia Forte Problems – All That You Need To Know!Next