Why Is My Check Engine Light On? When Your ECM Fails 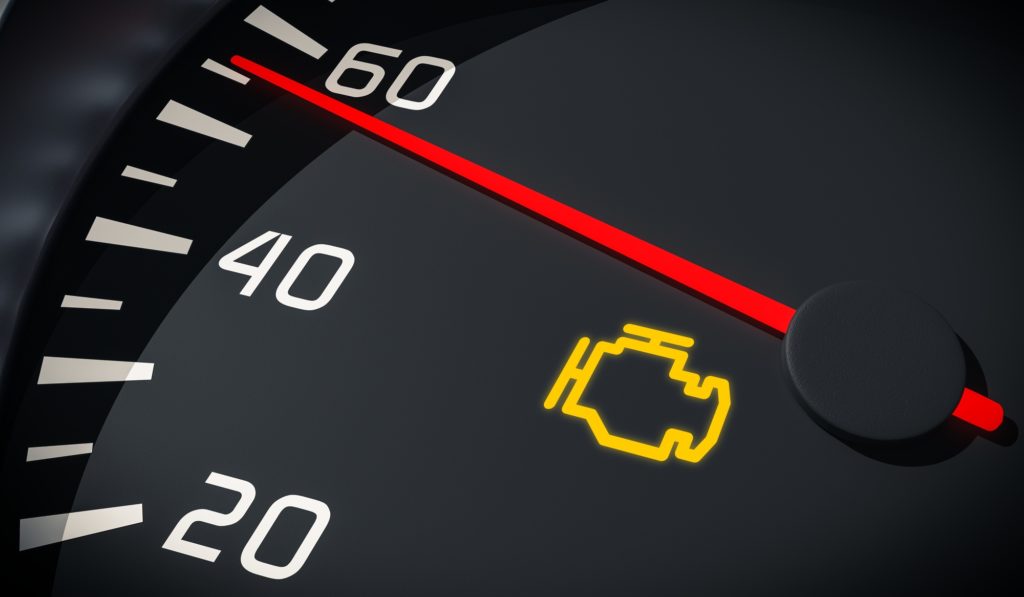 The ECM, or engine control module, is the brain of the modern engine. It’s an onboard computer that handles various performance and driveability functions. Examples include your fuel supply and injection systems, ignition control, and emission control.

Since this little guy has a finger in every pie of your engine, when it starts to fail, the car experiences all sorts of problems. The car may not even start at all.

What are the symptoms of a failing control module? Let’s take a look. 1. The Check Engine Light Is On

An illuminated check engine light is something you can’t afford to ignore. It’s also a direct warning that comes from the ECM itself that something is wrong.

However, a lighted-up check engine light doesn’t mean that the problem is with the engine computer itself.

The control unit receives information from a large network of sensors in the engine and all over the car. It could be temperature readings from the cooling system or voltage readings from an electrical component. The readings are then interpreted by the control unit to see if they’re within acceptable parameters.

When it senses something amiss, it will trigger the check engine light. The control module stores a trouble code so it can be diagnosed later on by a mechanic. Since the engine control module is involved in so many functions of your vehicle, any issue will have a negative effect on performance. While the car may still run, it’ll be like switching to a purely mechanical engine in the days of old. You’ll definitely feel the loss of efficiency.

A bad or faulty control module will mismanage some of the crucial systems in your vehicle. The fuel, air, and spark timings become out of sync. So when you step on the gas, you’ll notice a loss of power, acceleration, and sluggishness.

Your car may also overheat because the computer misinterprets the temperature readings. And if your car has an automatic transmission, you may observe that it’s shifting funny. These could be signs of a failing ECM.

One of the important functions of the ECM is the control of the air-fuel ratio. A malfunctioning control module will botch the correct amount of fuel to send to the combustion chamber. More often than not, there will be excess fuel for burning.

When this happens, the engine is said to be running ‘rich.’ If the reverse happens (less fuel than air), the car is running lean.

Whatever the case may be, the result is poor fuel economy. Suddenly your vehicle becomes a gas-guzzling monster. And now you’re paying more money for gas than you used to.

There’s also the danger of flooding or causing permanent damage to the engine.

When your car experiences intermittent stalling or misfires, you should suspect your ECM. At the start, it may be hard to predict when the issues will happen. But over time, the problems become more severe and frequent until the result is the total breakdown of the electronic system.

This kind of erratic engine behavior is a common symptom of a faulty onboard computer.

5. The Car Won't Even Start

If the engine’s timing and fuel control aren’t managed properly, it’s possible that the vehicle may not start at all. While you can get the engine to crank, modern vehicles cannot start without the important inputs from the computer.

Of course, there are other reasons why the car won’t start. It could be due to a dead battery, a bad starter, or if the car is out of gas. But if you’ve ruled out the other causes, you may have to start looking at the ECM as the culprit. If it’s confirmed that the engine control module is busted, then the solution is to either buy a replacement or repair it if possible.

The cost of replacing the ECM will vary depending on the make and model of your car. You’ll likely pay more if you have the latest, more advanced, or premium model.

On average, it will cost you around $900 for the parts. You can get it cheaper starting at $450 if your car is an older economy model or if the unit is refurbished. Labor costs are estimated between $100 and $200.

It’s also possible to have the unit repaired if the problem is minor. This can happen if it’s just a configuration problem with the computer.

But in most cases, this is not the practical route. This is because attempting a repair is more expensive than having the control module replaced. You’ll have to pay more for the diagnosis and the actual repair since the process requires precision and extensive knowledge. This is like a neurosurgeon performing brain surgery versus a general surgeon removing an appendix.

There may also be other issues related to or because of your faulty ECM. Examples include issues with the exhaust manifold, steering stabilizer, or head gasket. You may have to shell out more money to fix or replace these components.

If the engine control module is totaled, we said that your only options are to replace or repair. But depending on your situation, you may find the replacement or repair cost too high. If you factor in the added costs of fixing the other parts affected by the control module, the overall repairs may cost more than the full value of your car.

In this scenario, we can offer you a way out. Cash Cars Buyers can buy your car as is, whether the ECM is dead or not. You can fill out an online form or call us to get a quote. PrevPrevious6 Common Issues With Buicks
NextWhat Is That Sound? Decoding The Noises Your Car MakesNext