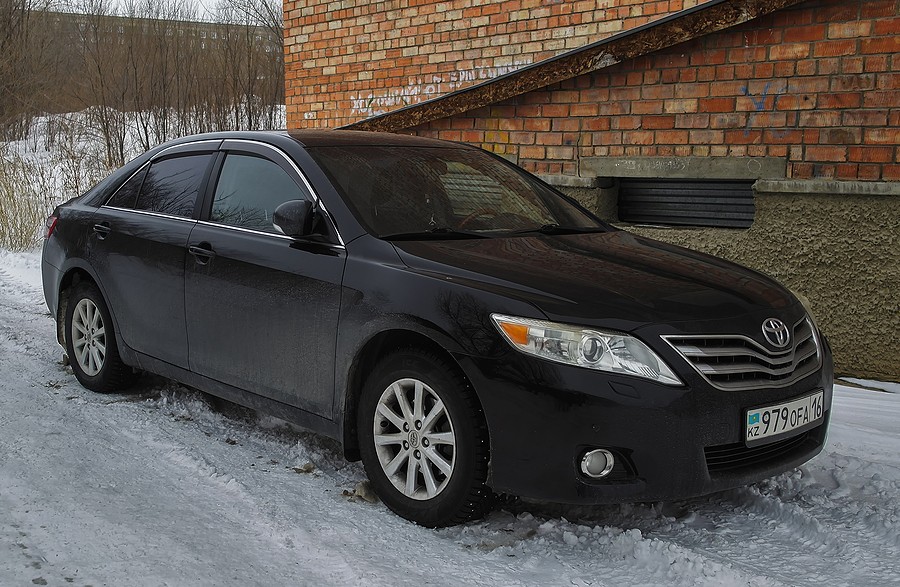 Your Toyota Camry won't start because of a problem with the battery, the starter motor, the alternator. If your Toyota Camry cranks but won't start, inspect the battery first thing. Then, use jumper cables to get the vehicle started. If your peers didn't start after the jumpstart, you need to tell your vehicle to the nearest repair shop and pinpoint the problem.

Toyota Camry has been on the road since 1982 and was produced by the Japanese automaker Toyota. There are tons of loyal customers to Toyota who prefer to drive his vehicle and nothing else.

Starting problems are associated with the Toyota Camry; it is a problem with any vehicle that any driver might experience at a certain point.

Before we dive deep into the different scenarios when you retire, we need to make sure that we all understand the starting process in your Toyota Camry and any other automobile in general.

Starting process involves certain components, and any of them could be the culprit causing your Toyota Camry not to start.

Your Toyota Camry battery is responsible for generating an electrical current and sending it through some electrical wires to the starter motor to get the vehicle started.

The ignition switch is responsible for allowing this electrical current to reach the starter or not. That's why when you turn your key in the ignition switch, your vehicle will start, and if you don't do that, your car won't start by itself.

When the starter motor receives the electrical current, it enlarges it and sends it to the engine, so it gets started.

In addition to the components involved in the starting process, the fuel system is responsible for ensuring that your vehicle has fuel to get started; Otherwise, the car won't start if your fuel tank is empty.

Therefore, in some scenarios, your Toyota Camry won't start because of the fuel system's problems related to the ignition switch, spark plugs, and others.

Toyota Camry won't start: What are the main causes and possible solutions?

There is no actual situation where you can expect that your Toyota Camry won't start. It will just happen suddenly without any preparation. Therefore, as the driver of a Toyota Camry, you need to be well prepared for dealing with such a situation to prevent getting stuck in nowhere.

Since your Toyota Camry's starting process involves multiple components, it can be very hard to determine which one is causing the problem.

Luckily, automotive experts analyzed the situations and possible reasons for your Toyota Camry not to start. They also determined some additional symptoms that you might realize when your Toyota won't start. These symptoms can shorten the list and help you pinpoint the culprit accurately without wasting your time.

According to automotive experts, “While there are a variety of reasons your Toyota Camry won't start, the most common 3 are a dead battery, an alternator problem, or failed starter.”

Let's take a closer look at some of the reported conditions and symptoms that you might experience when your Toyota Camry doesn't start:

When you're doing a formula, start to check and inspect the battery and the battery terminals.

Since the battery is the main source of the electrical current, if anything goes bad with it, your Toyota Camry will not have the ability to get started.

The battery is not expected to last forever, and there will be a point in time where you had to replace it. It won't get damaged immediately and suddenly; you will notice some signs indicating that the battery is about to go bad sometime soon.

What are the symptoms of a bad Toyota Camry battery?

There are very common symptoms of a bad Toyota Camry battery, including:

If you want her to get a camera to get started temporarily so you can get to your mechanic, you can use a jumpstart.

The jumpstart helps your vehicles skip the battery task and provide the initial electrical current or the other components.

Therefore, automotive experts never recommend using they don't start as a permanent solution. Thus, once you get to the mechanic shop, you need to ask them to replace the battery immediately.

How much does it cost to replace the Toyota Camry battery?

However, to Toyota Camry battery replacement cost ranges from $733 and $740. The part itself costs about $707. The labor cost differs significantly depending on where you're going to get the job done, but roughly it is estimated to be between $26 and $33.

What are the symptoms of a bad Toyota Camry battery terminals?

If the battery is in great condition, There are also some common symptoms of bad battery terminals, including:

In some cases, you are Toyota Camry battery terminals might be corroded or loose. If you're dealing with loose and battery cables, you need to tighten them up carefully without exposing yourself to electrical shocks.

How much does it cost to replace Toyota Camry battery terminals?

Replacing the Toyota battery terminals costs between $26 and 33 dollars.

When your Toyota Camry won't turn over and confirm that the battery, the battery terminals, the starter motor, and the alternator are in good condition, you might need to check the fuse box.

Any loose fuse or burnt fuse might prevent your vehicle from starting.

What are the symptoms of a bad Toyota Camry fuse box?

There are also some common symptoms indicating that your tuner battery fuse box has a problem, including the following symptoms:

Unfortunately, when one or more fuses do not work properly in your fuse box, there is no simple workaround, and you must get the faulty fuse replaced immediately.

How much does it cost to replace a Toyota Camry fuse?

If you would like to replace her Toyota Camry fuse, it might cost you about $92. Keep in mind that this price depends on the number of users you're looking to replace and the location where you get the job done.

When Toyota Camry is not starting and hears some clicking noises, the problem is most likely related to a bad starter motor.

The sudden motor is one of the most durable components Toyota Camry. It is not expected to go bad very fast or at the early stages of the lifetime of your Toyota Camry.

Thus, if your vehicle at more than 100,000 miles, it might be worth investigating whether the starter motor is going bad or not.

What are the common symptoms of a bad Toyota Camry starter motor?

There's no workaround to fix this other motor.

How much does it cost to replace a Toyota Camry starter motor?

When you're too in a Camry won't start immediately after changing the battery, there might not be any problem.

New batteries usually do not work with their full capacity immediately right after installing them. Therefore, it is recommended that you allow your vehicle to spend some time using this battery so it can perform at its full capacity.

If the problem continues to occur after a couple of days, you might need to visit your repair shop and see any other problems.

If you would like to confirm that the problem is coming from the new battery, you might need to jumpstart the vehicle and see if this helps. If they don't start did not resolve the problem, then the issue is coming from a different component that requires a professional mechanic's immediate attention.

When you notice that your Toyota Camry won't start, but you see some of the electrical components are working, the problem is most likely related to a drained or bad battery if not corroded terminals.

When the battery is drained, it will have sufficient charge to get some of these simple small electrical components to work. But it will not have enough current to get the vehicle to crank.

Also, if the battery terminals are corroded, the electrical current will not continuously be flowing without any disturbance, and therefore, you will see some flashing or flickering lights, but the engine can't crank.

When your Toyota Camry won't start and hear some buzzing sounds, the problem is most likely related to the sudden motor similar to the clicking noise.

Some people might refer to it as buzzing, while others are calling it clicking select sounds. Thus, you need to inspect the starter motor and intern that it doesn't have any problem. If the certain motor was determined as the culprits, you need to get it in place immediately. Otherwise, the problem can be resolved.

Starting problems with your Toyota Camry are not expected, and it might happen suddenly without any preparation. Therefore, like a Toyota Camry driver, you need to familiarize yourself with all potential causes and solutions for your Toyota Camry won't start problem.

This article provided you with detailed guidance on the main culprit and how to fix the problem.

If you got to a situation where you were two in a Camry is giving you a very hard time getting started, or it requires very high repair costs, it might be the time now to sell it to Cash Cars Buyer.

Cash cars buyer guarantees to buy or to that account despite its model year or condition. We will pay the top dollars for this vehicle along with free towing.