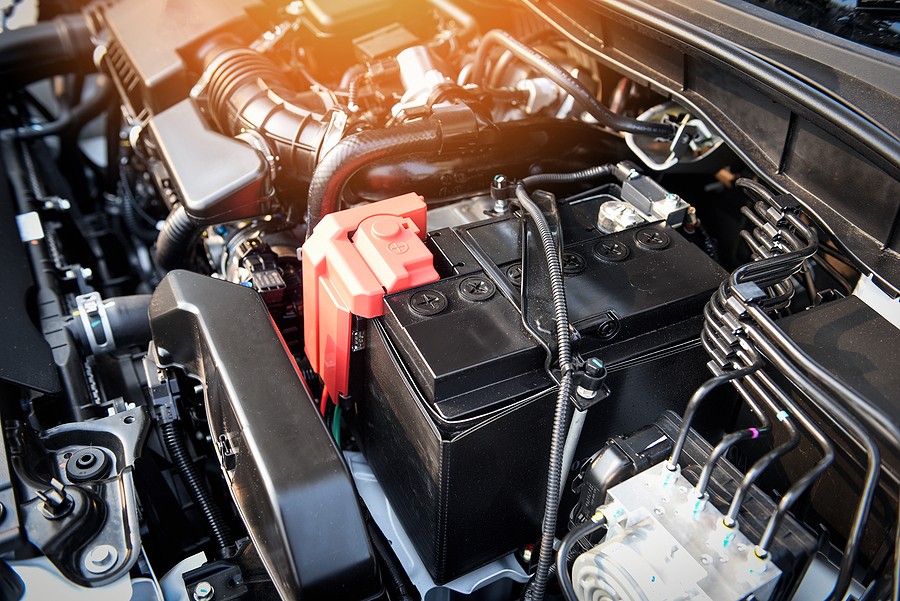 When you first start the ignition of your vehicle either with a press of a button or turn of a key it sends a signal to the battery that tells it to start producing the electrical energy it needs to get the starter motor running. This in turn will allow the engine to turn over and the vehicle to start.

Your car battery only has a limited lifespan and there are other things that can go wrong that may cause it to fail on you when you least expect it. If you are experiencing any of these symptoms, you may want to take a look at your battery and see how it's doing.

Signs of a Bad Car Battery

When your car battery begins to die on you it's going to give you a few warning signs that you could be on the lookout for. If you start experiencing one or two of these then definitely get your battery checked out to see if the charge is where it's supposed to be and, if not, you may need to buy a new one.

Since the battery powers all the electronics in your vehicle when it begins to lose a charge, you're going to notice difficulty powering all the electrical components. While the battery having an effect on the radio may not be noticeable, the lights will usually give you a visual cue by being not quite as bright as they used to be.

As your battery wears out it will have a more difficult time mustering up the charge needed to get the car started. When you turn the key in the ignition or press the button it might not turn over right away. In general, that can mean a few seconds of waiting before the car actually gets started. If your car consistently has a tough time getting started, then it could mean the battery is on its last legs.

This symptom surprises a lot of drivers but when your battery gets damaged and it begins to leak you're going to notice a pretty awful smell coming from under the hood. It's something like a rotten egg smell due to the presence of sulphur in the gases that are being released from the leak in the battery. If you have a leak in your battery you definitely need to get it switched out as soon as possible because that could be dangerous to the rest of your vehicle and of course it won't function the way it's supposed to.

This is a common problem in many batteries that are old or have a leak in them. The terminals of your battery, the two metal parts that stick out of the top of the battery, can develop a kind of crusty white substance around them. This corrosion can affect the battery’s ability to transmit power properly and lead to low voltage issues and difficulty starting your car. Sometimes an issue with corrosion can be fixed up with just a wire brush to clean and polish the terminals to get them back in working order again. If it's caused by a leak in the battery however, you will likely need to replace the battery.

A check engine light is a very vague warning that will come up on your dashboard to indicate a problem under the hood of your car. Unfortunately, a check engine light could be caused by literally one of hundreds of problems. If the light comes on you wouldn't naturally assume that it's a battery issue right away but if you're experiencing any of these other symptoms along with a check engine light then that's a good indication you should head in this direction to see if there's a problem with the battery.

Depending on where you live and the temperatures that your car is subject to, if you experience a lot of cold winters and hot summers it may end up actually deforming the battery case itself. As the battery swells the case can crack and cause leaks or other problems. A quick visual inspection of your battery will let you know if this is a problem and if you see any misshapen spots or breaks in the case you know you need to get a battery replacement.

If you put the key in the ignition of your vehicle and give it a turn what's supposed to happen is the battery will transmit the current to the starter solenoid. If your battery is unable to do that job and there is no current or a weak current the starter motor will probably just click and nothing else will happen.

If your battery begins to fail it may start sending sparks unpredictably. Intermittent sparks can end up causing fuel to build up in the cylinders and then when it gets ignited suddenly the car will backfire. Backfire is basically a small, loud explosion that can definitely take you by surprise when it happens. There are other things that could cause your car to backfire, but if you're experiencing some of these other symptoms as well, then you may want to check out the battery as the potential culprit.

Cost of a New Car Battery

The cost of replacing your car battery falls within a range of prices. In general, you can probably expect to pay between $50 and $150 to get a new battery. Some higher-end batteries may cost you as much as $300, but those are premium brand batteries and they're not standard by any means. You can definitely save yourself some cash on replacing the battery if you buy it and swap it on your own rather than taking it to a mechanic. The process of changing a car battery is one of the easiest things that you can do as a DIY job under the hood of your car. If you've never done it before, you can watch a video like this one so you can get a step-by-step guide on how to do it quickly and easily.

Signs of a Bad Car Battery vs. Alternator

Sometimes it can be hard to tell if it's the battery that's the cause of problems in your vehicle or the alternator. There are different symptoms to be on the lookout for if your alternator is what's causing the problem rather than your battery. Remember, the alternator in your vehicle begins after your engine starts running. As it works it charges the battery to keep it alive so the two essentially need each other to function.

How Long Does a Car Battery Last?

Every battery is going to be a little bit different and the lifespan of your battery really depends on how you drive your car.  If you're the kind of person that has a lot of extra components attached to their vehicle that run on electricity, or you do a lot of intense cross-country driving and really push your car then you may find your battery wears out a little sooner than the average one.   That said, when you have a brand-new car battery you can expect that it's going to last you about 3 years to 5 years. That's a significant range to be sure, but as we said it depends on the battery itself and how you drive your vehicle.

How Long Does a Car Battery Last Without an Alternator?

How Many Times Can You Jumpstart a Car Battery?

When your battery isn't working your first instinct may be to get a jump start from another vehicle. This is often the best and only solution if your battery happens to die on you when you're in the mall parking lot for instance. Another driver may be able to help you out by connecting your battery today or is it giving you a jump start. This is by no means of permanent solution, however.

If your battery died, it was for a reason. So, while you can jump start the battery until it dies again, and then jump started another time, and another, you need to remember that you're straining not just that battery but your alternator. If your battery isn't working properly, your alternator is going to be struggling to power the electrical components of your vehicle and charge the battery, something it's not supposed to be doing. The more you charge a dead or dying battery, the closer you're going to get to having to replace the battery and the alternator.

How Long Can a Car Battery Last Without Being Turned On?

Some drivers will store their car for a while and are surprised when they come back to it and discover that the battery is dead even though they haven't been using it at all. This is especially true if you have an older or vintage car that you only drive once in a while. Or, you may have an elderly relative who only drives once in a while and has run across this problem. The fact is, if you don't use a battery frequently, the charge will dissipate whether or not you're running electrical components in your vehicle.

On average, you can expect your car battery to hold a charge for maybe 2 months to 4 months if you are not running the vehicle at all. This is why if you take your car to a long-term storage facility it will be somebody's job to come and turn on your car on a regular basis and let the engine run for a few minutes. That allows the alternator to keep the battery charged. For the same reason, if you have a car you don't drive very often you need to turn it on and let the engine run for a little while so that the battery can maintain the charge.

The battery is one of the parts of your car that people often take for granted. It's one of those parts you only think of when you realize something has gone wrong with it. But a battery is the centre of your vehicle's entire ability to perform any function for you, so it does need to be maintained and inspected to ensure that is working the way it's supposed to. And if there's a problem, then the only solution is generally to get a new one and start the process over again. Luckily, batteries have a pretty good life span when they're working properly so it's not the sort of thing, you're going to need to invest in all the time. Regardless of how often you need a new battery, it's definitely worth it since your car is not going to be going anywhere without it.