Subaru Forester Problems – What You Need To Know! 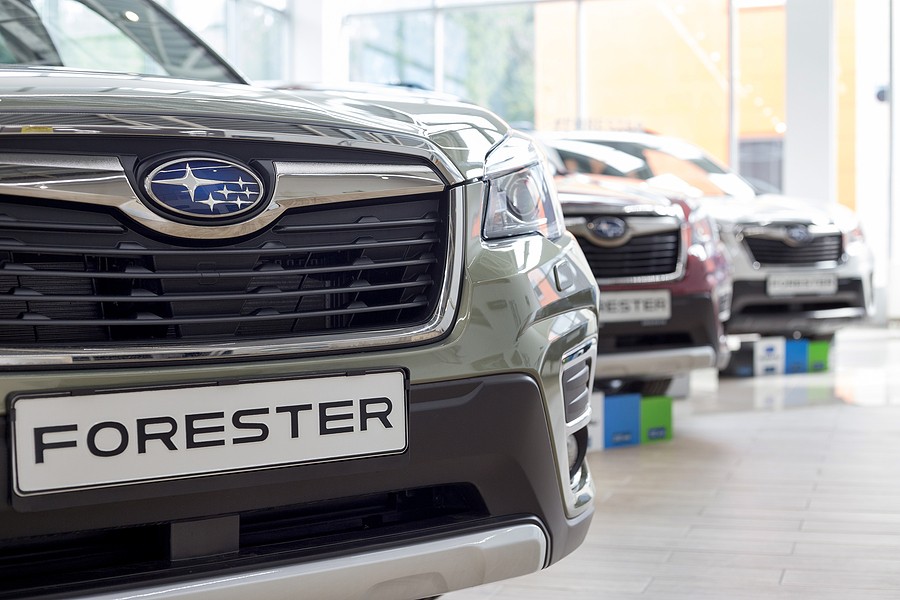 The Subaru Forester is a very popular car model on the market today. Despite being high in terms of popularity rankings, this Forester still has numerous problems that need to be addressed when purchasing this vehicle.

The worst Subaru Forester problem is high oil consumption in the 2014 Forester, with the average cost to fix coming out to around $2,000 and usually occurring at 26,000 miles.

The top user concerns for the 2003 Subaru Forester include the windows and windshield, seat belts and airbags, and the body and paint categories. Regarding the NHTSA, the top concerns focused on the fuel system and the engine.

The top concerns from users from the seatbelts and airbags include the airbag light coming on and the airbag failing to deploy. These problems typically happen at around 60,000 miles and have a severity rating of 3.3 out of 10.

In this category, the top Subaru Forester problems include the door seals tearing easily, the wind noise from the window seal, and the frame support rusting over time. The only way to fix this problem of the door seals falling off is to replace the seals at around 108,000 miles, with a severity rating of 6.0 out of 10.

For this model year, the top Subaru Forester problems include the engine category, the windows and windshield category, and the transmission system.

For the 2009 Forester, the top Subaru Forester problems include the engine, interior accessories, and the AC and heater system.

To fix the most severe Subaru Forester problems, issues include engine failure, head gasket leaks, excessive oil consumption, rod knocking, and the timing belt pulley failure. The engine failure usually occurs at nearly 112,000 miles, with the most common solution being to replace the entire engine.

The main concerns for the interior accessories for the 2009 Subaru Forester problems include the compass not working, the driver’s seat collapsing, and the key lock-in not working correctly.

The 2020 Forester was one of the worst model years to date, with the Subaru Forester problems, including the engine system. The interior accessories, and the braking system of the Forester.

The main engine concerns from car owners of the 2010 Forester include blown head gaskets, engine failure, noisy, cold starting, blown turbo engine, and the diesel filter warning light coming on during use. The typical repair cost for blown head gaskets includes $2,380 to replace the head gasket at around 91,000 miles.

The 2011 Subaru Forester problems were very severe, with the top user issues and NHTSA complaints focusing on the engine system and the brakes.

Regarding the 3014 Subaru Forester problems, this model has had numerous engine, excessive oil consumption, suspension system, and transmission issues, making this one of the worst model years.

Regarding the transmission, the top user concerns focus on the flat spot lurching, the car surging, the suspension no longer working, the clutch is damaged, the car rolling backward while parked, the car whining, and the car is stuck in park. To fix the surging and jumping in your car, you need to bring your car to a manufacturer so they can fix this serious Subaru Forester problem.

To fix the most severe Subaru Forester problems, you need to address the most common electrical issues in the 2014 Forester. These common problems include multiple electrical malfunctions, blown fuses, and the door ajar light staying on during use. The electrical malfunctioning’s typical repair cost comes out to around $300 and occurs at nearly 59,000 miles.

The 2015 Forester is often regarded as the worst vehicle due to the high number of overall complaints for this year. The most serious Subaru Forester problems for the 2015 model include the engine category, interior accessories category, and the transmission.

The top engine concerns from 2015 Forester owners include excessive oil consumption, unintended acceleration, engine stalling while driving, the check engine light staying on, the engine hesitation while accelerating, and the engine catching on fire or failing.

The other category regarding the 2015 Subaru Forester problems is the interior accessories. The main issues include the Bluetooth connectivity not working, the voice recognition failing, the dashboard vibrating during use, the eyesight driver assistance system not showing the right picture, and the cruise control randomly turning off during use.

The most common solution is to replace the radio at an average price of around $150 and 25,000 miles to fix the Bluetooth connectivity issues.

After a relatively low year in terms of problems for the 2016 Subaru Forester, the 2017 Forester had more severe complaints that have to be immediately addressed. The top categories of concern for the 2017 Forester include the transmission, electrical system, and the engine.

The top category of concern for the 2017 Subaru Forester problems focuses on the transmission, with the main user issues being the car shuddering and jerking while using.

The 2017 Subaru Forester problems focused on the electrical system include the battery being too weak, the radio and navigation freezing, and the car dying while driving. The typical repair cost comes out to around $200 to replace the battery at nearly 25,000 miles on average to fix the weak battery.

Regarding the 2019 Subaru Forester problems, this model year has seriously improved from the poor rating years of the 2014-2015 models. The pros of this 2014 Forester include an upscale and luxurious interior, user-friendly and easy-to-use features, high safety scores, and a comfortable ride for long periods of time. The only Subaru Forester problems in this model year are an underpowered engine and a lack of acceleration.

The only unfavorable rankings and middle of the road ratings include a #26 spot and #32 spot in the 2019 Affordable Crossover SUV and Used Crossover SUV between $20 and $25K category.

Despite the Subaru Forester problems in recent years, the 2020 Forester ranked in the middle in terms of compact SUV rankings for this model. This model year has a spacious cabin, user-friendly and innovative tech, extensive safety systems, and ample fuel economy.

The pros of this 2020 model year include spacious seats and cargo hold, excellent fuel economy, an all-wheel drive, and a quiet and comfortable ride. The Subaru Forester problems for the 2020 year feature a lackluster and poor acceleration, along with a poor predicted reliability rating.

Even with the Subaru Forester problems, this car model earned the #9 spot in the Compact SUV category. The pros of this model year include ample passenger and cargo space, the user-friendly infotainment system, the high economy ratings, and the all-wheel drive. The cons of the 2021 Forester feature the lowest reliability rating possible and the lack of engine power.

This 2021 Forester earned the #9 spot in the Compact SUV category, #30 in Crossover SUV category, and the #20 in the SUVs with 2 Rows category. Even with the Subaru Forester problems, the ratings are still relatively high and middle of the pack in terms of compact and crossover SUVs.

The Car US News Scorecard rating for this model year came out to 7.7 out of 10, with the critics' rating coming to 8.6, the performance to 7.1, the interior to 7.9, and the reliability rating only earning 2 out of 5.

As you can see, despite the Subaru Forester being a popular and widely-known vehicle, some various problems and concerns can make you question which model to purchase for you or your family. The worst model years range from 2011-2014, while the problems started in the 2003 model year.

Even though the problems stayed relatively minor for the first few years after 2003, the 2011-2014 model years had instances of engine issues, transmission problems, and suspension concerns that make this car unsafe and unreliable to drive.

PrevPreviousHow Do You Fix A Hard, Stiff Steering Wheel?  Why Is My Steering Wheel Hard To Turn?
NextSubaru Outback Problems – What You Need To Know!Next