The 411 on the Engine Rod Knock 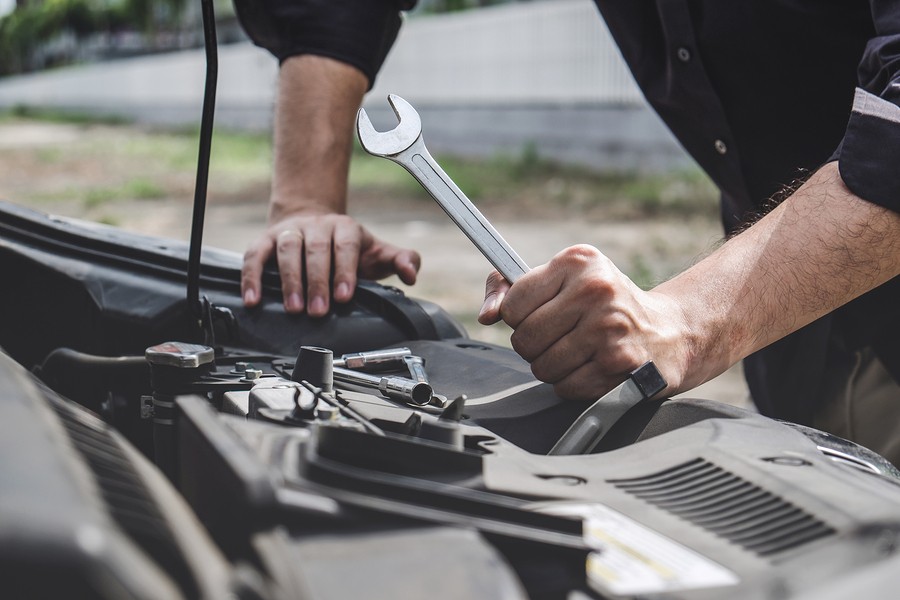 Have you ever been in your car when it’s idling as normal, only for you to suddenly hear a loud knocking noise against the engine?

Many people think it's a transmission issue but the sound has another likely source. Chances are good that what you're hearing is an engine rod knock.

Engine rod knocks occur deep within the motor of the vehicle.

The frequency and the pitch of the rod knock will start to disappear as the engine to the vehicle is revved. Unfortunately, this doesn't mean the rod knock is getting any better. The noise will come back when the engine is revved back down.

Engine rod knock is not something that is going to go away on its own.

Engine rod knock is a serious issue for your vehicle that you will need to address as quickly as possible. What Is a Rod?

Called a connecting rod, the rod is a part of the engine that connects your crankshaft to your piston. There is a bearing at the point where the rod is connected to the crankshaft and separates the trod from the crank journal.

What’s notable about this bearing is that it is made out of less durable metals than both the rod and the crankshaft.

This tolerance is there is to allow engine oil to pass through the crankshaft’s journal hole. This way, the oil remains over the surface of the bearing to keep it lubricated. With the oil coating the bearing, the two parts won't rub against one another while the vehicle is operating.

Rod knock develops when too much space has opened up between these parts. This can happen from general wear and tear or an accident.

With this larger gap, the oil can't create a film to keep the pieces from rubbing together.

Aptly named, engine rod knock is the noise from the metal against metal contact. The bearing and crankshaft journal literally hit, or knock, each other.

In the best-case scenario, you have an annoying sound. If the situation is particularly bad, lasting damage can occur. It's possible for the rod to strike hard enough where the bearing becomes displaced or broken.

There are many car repair problems that are definitely not worth the time or money to fix. Rod knock is not one of them.

If you are experiencing rod knock with your vehicle, you need to get it fixed. When rod knock occurs, it means that the bearing has already been fully or partially destroyed from oil starvation. You're driving on broken parts.

You may even experience extra noise from something called piston slap. Piston slap is when there is wear placed on the writing pin. This pin holds the piston to the top of the connecting rod.

Rod knock can cause the piston to come loose. The piston will then wobble around within the cylinder creating extra noise.

Both a rod knock and piston slap happen from the smallest of tolerance changes. In fact, all that it takes is a thousandth of an inch of change to create an issue. Usually, rod knock is the result of a spun bearing. This is where the bearing spins at the end of the rod and forces it out of its position. This can happen from harsh driving conditions or if there is not enough oil in the engine. Like many things, proper lubrication is key.

What Happens If You Ignore Engine Rod Knock?

You may be wondering: what will happen if you just ignore the engine rod knock.

First, you'll go out of your mind: it's loud.

The bottom line is that rod knock is a serious issue. Your engine is no longer functioning properly.

This isn’t a problem that is going to fix itself like you may hope it will. There is nothing to shake back into place or wiggle loose. f you continue to drive you'll make the problem worse.

You won't need to fix the engine completely because of a rod knock. However, if the rod knock goes unresolved it can lead to other major engine issues.

If you allow a rod knock to continue you will only cause more damage. You may end up having to spend the time, money, and stress to fix your entire engine.

The longer a rod knock continues the more the bearing surface is going to erode away. It doesn't take much time for the bearing to be completely eliminated.

Suddenly, you don't have a rod knock, you have a thrown rod. You might even end up blowing a hole through your engine block!

A thrown rod will almost always result in you needing to replace the entire engine. You can prevent having to do this big of a fix by tackling the engine rod knock issue early on after you first detect it. How Can Engine Rod Knock Be Fixed?

There are a number of variables that a mechanic will need to take into account to fix engine rod knock, including but not limited to:

Catching the problem early enough lets you avoid a complete engine replacement. Replacing the engine occurs only in the case of a thrown rod or if the cylinder walls are badly scored.

While a total engine replacement may not be necessary, you will need a complete engine overhaul. To diagnose and fix a rod knock, your mechanic will need to strip down the entire engine block.

Once diagnosed new parts will need to be ordered. You'll likely be buying a new rod, bearing replacement, new cylinder head bolts, gaskets, and engine seals. To completely fix the engine, the mechanic will also need to flush out the cooler lines and the engine.

This is all before you factor in the mechanic's time to make the repairs.

As you can imagine, connecting rod bearing replacement costs can be quite expensive.

An average job will cost anywhere from two to three thousand dollars. More expensive, high-performance, vehicles will be significantly more expensive and can double the cost of repairs.

Fixing an engine rod knock issue doesn’t necessarily mean that you need to have your car’s entire engine rebuilt. Catching the problem early can keep you safe and save on costs.

The bottom line: if your car has an engine rod knock, you need to have it fixed now. Car troubles are often unexpected, it's in the nature of the beast. If the idea of replacing parts and paying for repairs is too much there are other options.

Sometimes the best option is to cut your losses and sell.

Selling a damaged vehicle gives you money and options.

With cash in your pocket, you'll be able to finance a replacement and get back on the road faster and richer.

We offer a hassle-free way to sell fast and fix your problems. No rods to worry about! No searching for mechanics, getting quotes or going without a car.

Whether you have a brand new rod knock or long-standing mechanical problems we'll happily help.