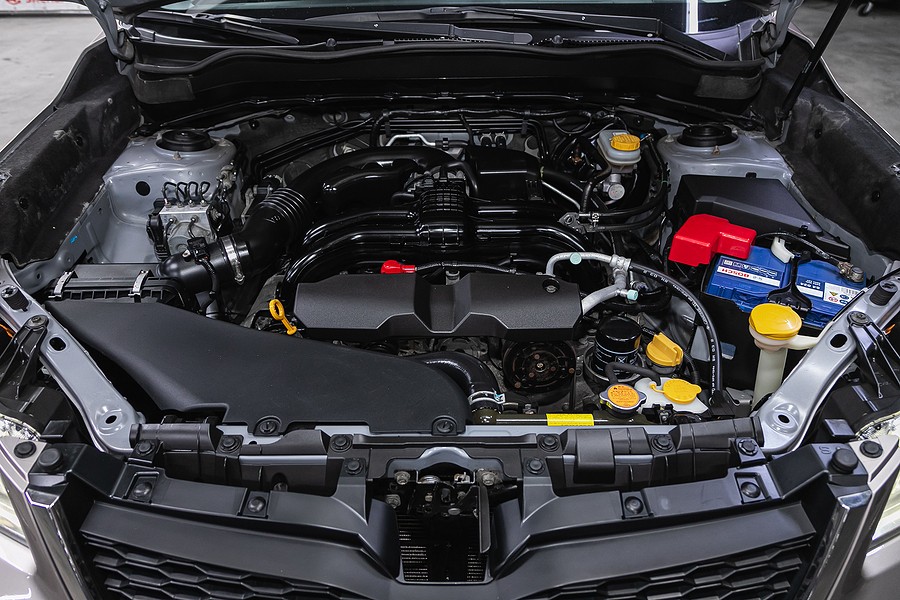 Knowing the worst problems for each popular Subaru model – like the Ascent, Crosstrek, Forester, Impreza, Legacy, and XV Crosstrek – can help you diagnose and fix any impending issues before they worsen and lead to a much higher Subaru engine repair cost! Repairing any engine concerns before it turns into a complete engine replacement can ensure your car lasts for a long period of time without any issues.

The main model year with complaints is the 2019 Subaru Ascent, which has the most overall complaints and the most-reported problem of the open tailgate draining the battery during usage.

The top categories of complaints in the 2019 Subaru Ascent focus on the electrical system, interior accessories, steering system, windows and windshields, AC and heater, exterior accessories, and the engine. Along with the owner's concerns, the NHTSA cited various engine system and vehicle speed control issues.

The NHTSA and owner of the 2019 SubaruAscent cited issues with the vehicle blowing out during startup, the car having trouble starting, and the check engine light flashing while driving. The check engine light can be due to various reasons, some of which are quite severe and can lead to an expensive Subaru engine repair cost.

In some cases, a poor fuel pump in the Subaru Ascent can throw the check engine light. Almost all modern vehicles with internal combustion engines contain a fuel pump. The fuel pump is in charge of delivering the right amount of fuel from the engine’s gas tank. When your key is turned on and the ignition is turned, the fuel pump is turned on as well. This means the fuel pump is activated and pressurized, which can be heard by a buzzing or hum.

If you notice the fuel pump is making louder sounds than usual, then the Subaru engine repair cost might be much higher than initially thought.

The top years concerning owners of the Crosstrek are the 2016 and 2018 models, with 2018 often being reported as the worst year due to the most-reported problem of the rear end sliding easily and the highest number of overall complaints.

The worst categories of concern in the 2018 Subaru Crosstrek feature the suspension, interior accessories, body and paint, electrical system, transmission, and engine. Combined with the owner’s concern of the engine, the NHTSA also cited issues with the engine and vehicle speed control.

The main user concern focused on the car hesitating while accelerating, with owners stating that the problems typically begin at around 4,000 miles.

One of Subaru’s most popular cars is the Forester, with the most concerning model years being 2010, 2011, 2014, and 2015 model years. Although the Forester performed well at the beginning years of production and since 2016, the middle-stretch of production years had concerns regarding the engine.

The most-reported problem is in the 2014 Subaru Forester and deals with high oil consumption. The other worst model year is the 2015 Subaru Forester, with categories being the engine, interior accessories, transmission, suspension, brakes, and electrical system. With all of these problem categories, fixing the 2014 Forester can require an expensive Subaru engine repair cost.

Regarding the engine system, the worst issues field by owners are excessive oil consumption, unintended acceleration, engine stalling while driving, check engine light turning on, engine hesitation while accelerating, the RPM dropping at idle, the engine blowing, the engine catching fire, and the engine failing during use.

Fixing the excessive oil consumption typically involves owners using a different kind of oil or replacing the entire engine block. Subaru cars are known for using extreme amounts of oil, with the 2015 Subaru Forester using a quart of oil every 1,000 miles. This issue’s first occurrence is typically around 22,000 miles, with owners stating that the oil light comes on after only driving for a short period of time.

The second most prevalent issue in the 2015 Subaru Forester is the engine stalling or dying while driving, with the average mileage of this problem being 37,000 miles. Owners state that the engine stalls while switching from reverse to drive and can not start after stopping for a prolonged time. These engine problems can lead to a much higher Subaru engine repair cost.

Regarding the Subaru Impreza, the worst model years include the 2008 and 2012, with the most-reported problem being the windshield and windows potentially cracking. The main problem categories include the engine, the windows and windshield, the AC and heater, the clutch, and the interior accessories.

Fixing the head gasket is generally around $1,000, with the average mileage of occurrence being 82,000 miles. Owners state that oil leaks on the passenger side and technicians recommend a costly repair to remedy the issue’s root cause and prevent any further Subaru engine repair costs.

The worst model years of the Subaru Legacy involve 2010, 2011, and 2015 years, with the 2015 Legacy having the most-reported problem of the headlights burning out after minimal use. 2015 Legacy owners cite concerns regarding the engine, fuel system, body and paint, and the transmission.

The NHTSA cited issues with the engine, accelerator pedal, and vehicle speed control along with owner concerns. The top user issues focus on excessive oil consumption, car not starting, engine burning, strong smells, engine noises while accelerating, and frequent oil burning. Excessive Oil consumption is usually noticed around 46,000 miles, with owners stating that they have to refill the oil much more frequently than intended.

The 2013 Subaru XV Crosstrek is the worst model year in terms of problem severity, frequency of issues, and the most-reported problem of the car having dangerous and unreliable steering in wet and slippery conditions. The 2013 XV Crosstrek has various problem categories, with the top subjects being the steering, wheels, engine, and drivetrain.

The NHTSA cited concerns regarding the engine and vehicle speed control, with owners stating issues with excessive oil usage at around 40,000 miles. Owners cite the oil burns and run out only around 1,500 after changing, with the oil light frequently turning on the dashboard while driving. If the light is constantly on in the car, it can cause a high Subaru engine repair cost.

Subaru recalled over 400,000 vehicles at the end of 2019 to fix issues regarding the engine computers and potential motor debris. The debris and contaminants in the motor and the engine can cause overheating, excessive friction, and blockage in the system, leading to a lack of fuel distribution and oil efficiency.

The first recall dealt with 466,000 Imprezas produced between 2017-2019 and focused on the 2018 and 2019 Subaru Crosstreks. Subaru stated that the engine computer has a fault that keeps the ignition coil on and running, even when the motor and car is turned off. The continually-running computer engine, also known as the engine control unit, can cause a short circuit and lead to a potentially high Subaru engine repair cost.

One way to fix the Subaru engine recall is to update the internal software, replace the broken coils, and repair the front exhaust pipes to prevent blockages.

A second recall was made by Subaru that covered over 200,000 Subaru Impreza models produced between 2018-2019. This recall also covered the Subaru Crosstreks manufactured in 2018, with this recall focusing on the malfunctioning of the positive crankcase ventilation system. If the crankcase is not functioning correctly, debris can affect the engine, leading to overheating, friction, power loss, and a high Subaru engine repair cost.

The typical engine rebuild cost for Subaru vehicles is between $2,500 and $4,000, while an engine repair might be less expensive depending on the parts in need of fixing. Simply replacing the engine bearings and seals may be only a few hundred dollars, while purchasing a new engine replacement will be closer to $4000 for the average Subaru Engine repair cost.