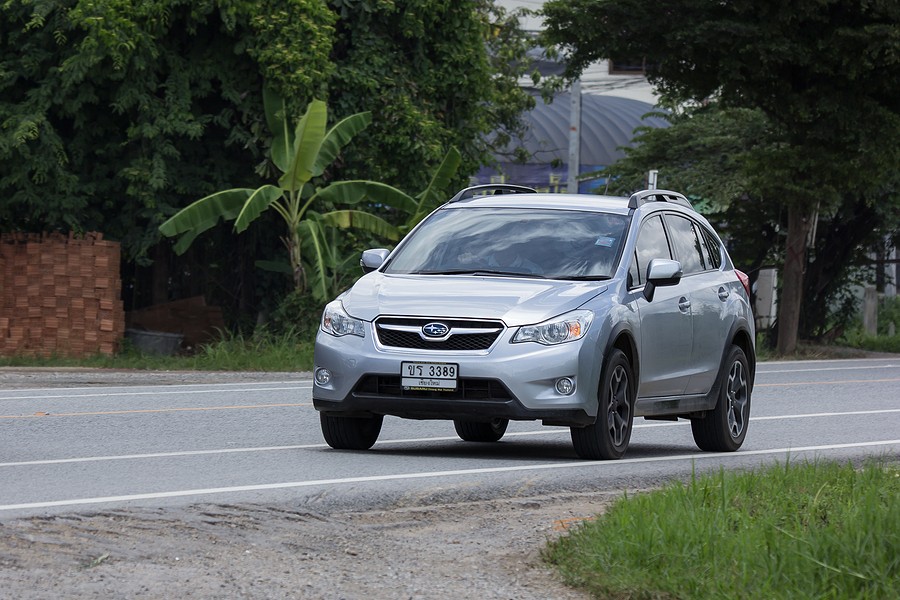 Despite Subaru being an overall reputable and reliable car company, and one of the most popular car manufacturers in the entire world, it has still developed some cars that have huge complaints spanning across numerous makes and models. One of those models is the Subaru Crosstrek.

Overall, the worst problem category for this model is the Subaru Crosstrek accessories and interior problems. Although the 2018 Subaru Crosstrek has the overall highest total complaints, some companies still rate the 2019 model as the absolute worst, due to either higher repair costs or more problems occuring at a lower mileage, citing a lack of durability. The most reported issues with the Subaru Crosstrek problems is that the rear end slides easily.

The 2016 Subaru crosstrek does not have the most problems compared to the other models in recent years, but they still have some problem categories that you would need to address as a potential buyer. The category with the highest complaints is the steering category, while the interior accessories and transmission is second. The NHTSAhas the most complaints in the drivetrain, electrical, and miscellaneous categories.

The main issue within the steering category of the 2016 Subaru Crosstrek is that the car can pull to one side while you are steering and turning the wheel. This issue generally occurs at just below 5,000 miles and has a severity rating of 8.1. Users report that the steering wheel has reportedly locked while driving, made a clicking noise while turning, and the key has trouble coming out of the ignition in the steering column, creating a whole host of Subaru Crosstrek problems.

Regarding the interior accessories category, the main issue revolves around the adapter stopping working after a period of time and the seta being uncomfortable. When you have uncomfortable seats as s driver, it makes it more difficult to focus on safe driving and the proper leg to pedal angle.

In the transmission category for Subaru Crosstrek problems, the main issue is the lack of responsiveness in terms of shifting and a sluggish shift when you try to quickly accelerate. This problem generally first starts occurring at around 10,000 miles and has a severity rating of 4 out of 10.

The NHTSA made the most complaints in the delectrical category, with the majority of the Subaru Crosstrek problems coming from the key getting stuck in the ignition, the vehicle losing power and getting to the point of stalling, the steering wheel locking, and the failure to remove the key from the switch. These problems tend to occur around 30,000 miles and have a severity rating of 10.

The second category in which NHTSA had the most complaints was in miscellaneous, with 15 total complaints about the Subaru Crosstrek problems. These issues tend to occur just below 70,000 miles and usually refer to the A/C compressor failing, the car being stuck in the Park position, the vehicle cutting off while driving, and the key being stuck in the ignition.

The 2017 Subaru Crosstrek miscellaneous problems generally referred to the key still getting stuck in the ignition when trying to remove it, the car causing unwanted acceleration, and the check engine light coming on unintentionally and blinking rapidly. These problems generally occur at around 53,00 miles and have a severity rating of 10.0, causing 2 crashes iand 1 fire in this year of Crosstrek.

The exterior accessories Crosstrek problems refer to the visibility and wiper section, with there being many user complaints of windshields developing cracks over time without any pre existing damage and taking very little force, with a severity rating of nearly 5 and occuring at around 21,000 miles.

The electrical problems in the Crosstrek involve the check engine light and cruise control light blinking rapidly and not being able to use cruise control, which usually occurs at around 38,000 miles and has a severity rating of 10.0.

In the 2017 Subaru Crosstrek problems there was one recall, which involved the brake lights not illuminating. This recall was announced in early 20918, with over 1 million vehicles affected! This means that the brake lights do not illuminate properly when you are braking, meaning that other drivers cannot be alerted that the vehicle is slowing and stopping, increasing the risk of a crash.

This year and model of the Subaru Crosstrek has the overall most complaints out of all of the years of production, with the highest number of complaints from the NHTSA being in the exterior accessories category, followed by the engine, electrical, and drivetrain.

The main issues associated with the engine concerns in the Subaru Crosstrek problems refer to the engine, hesitation during acceleration, and the vehicle speed control, with a total of 21 NHTSA complaints. There are many user reports of the car stalling multiple times and losing power, the car getting stuck with the ignition key and not being able to turn, the PCV igniting and blowing up, noises coming from the engine when the vehicle is parked, and the engine not being able to cool off. These problems occur at around 7,000 miles, which is very early, and has  a severity rating of 10.

The electrical concerns regarding the Subaru Crosstrek problems in the 2018 model happen at around 5,000 miles, which is extremely early, and have a severity rating of 8. These electrical problems refer to the engine not being able to cool and the parts disconnecting, the warning lights failing to illuminate and indicate any problems, the brake light stopping working, and the vehicle not being able to power the rear windows.

The last section of Subaru Crosstrek problems refers to the drivetrain, with 8 NHTSA complaints about the powertrain, all of which occur at around 4,800 miles and have a severity rating of 10. There are many user reports of the vehicle moving forward even when placed in Reverse, the AWD light illuminating unnecessarily, the vehicle stalling, the tires sliding, and the vehicle turning off during use.

Despite the previous year having the highest number of total complaints, the 2019 Subaru Crosstrek is often referred to as the worst model, since it has the most severe issues and they corru the earliest. The NHTSA had a whopping 49 complaints regarding the exterior accessories, with 22 against the miscellaneous issues, and 10 for engine problems.

The main complaints against the exterior accessories once again deal with the windshield and the windows. These problems happen just below 8,000 miles and have a severity rating of 10, with many users stating that the driver’s side front windshield can crack without impact, the glass getting chipped on highway driving, long cracks across the entire windshield, and the windshield developing cracks for no known reason.

The next category deals with miscellaneous issues in regards to the Subaru Crosstrek problems, with most of the reports referring to the cracked windshield, the sunroof shattering, the electrical operation of cars notdoors not always working, and the car stalling for no reason. These issues occur at below 9,000 miles and have a severity rating of 7.0.

The last category of issues with the Subaru Crosstrek problems in the 2019 model is the engine, with the overall severity rating being a 7 out of 10- and occuring at just around 8,000 miles, with reports of the engine suddenly shutting off, the fuel pressure sensor failing to work, the ECM control module being faulty, and the engine not responding to the accelerator pedal.

In addition to the numerous Subaru Crosstrek problems of 2019, there are also 3 recalls for this make and model year. The first recall deals with the rear seat belt not locking as intended, meaning that in the event of a crash, the seat belt might not properly restrain the person sitting in the backseat, increasing the risk of injury is crash or braking suddenly. This recall affected nearly 5,000 cars and was reported in March of 2020.

The second recall deals with the window glass being improperly tempered, which is why there were so many reports of the windshield and the windows cracking and breaking even with little to no impact. This was in May of 2019 and affected 300 cars.

The next recall is the loss of electric power steering assist, increasing the amount of steering effort needed to drive and control the car, and increasing the risk of a crash. This affected nearly 11,000 cars and was reported in February of 2019.

Another issue that potential car buyers of the Subaru Crosstrek should be aware of when researching the potential Subaru Crosstrek problems for their car is the head gasket issues that continually arise for all Subaru models. Despite the Subaru brand being reliable and trustworthy, there are problems that are notorious and keep coming back, year after year. This problem refers to the head gaskets leaking, an issue that has been prevalent in Subaru cars since the 1990s.

The average cost of a head gasket repair at your local mechanic is between $1,100 and $1,200, so it is no chepa repair. The head gasket is thin strip of metal with holes punched in it, and is in charge of absorbing energy between the metal components near the engine, keeping the oil in the right passengers, and ensuring the coolant stays in the correct alnes.

If you find that your Subaru Crosstrek has a blown head gasket, then the engine faces a higher risk of causing more friction and overheating, in comparison to a new Subaru without this issue. Once the head gasket beings to break down, you will notice some signs that your Suabru has a blown head gasket, like white exhaust coming out of the tailpipe, white oil in the reservoir, engine overheating, vapors in the coolant reservoir, and the vehicle overheating while driving. Make sure you take care of your car and head gasket to try and reduce the Subaru Crosstrek problems.

According to Edumunds, the 2019 Subaru Crosstrek Consumer REviews comes in at around 3.9 for 84 reviews. The users say they like the smooth transmision, the turning radius, and the smooth handling. They enjoy the stylish look, the quietness while driving, and the look.

However, many users have reiterated the main complaints from the overall reviews of the Subaru Crosstrek problems. They have said that the car could earn better gas mileage, the driver side view mirror can reflect the dashboard while you are driving, which can be distracting, and the car has so many recalls that they feel unsafe driving the car. In addition, some other users say that the rate of acceleration was slow compared to other cars, and the seats are not the most comfortable for sitting in during long periods of time.

Overall, the Subaru Crosstrek problems generally include the windshield chipping and the driver and passenger side windows needing replacing, the engine stalling during use, which can lead to an increase in the risk of a crash, the Check Engine light coming on multiple times without meaning to, the car having trouble quickly accelerating, and the high number of recalls reducing the confidence that new buyers have in purchasing the 2019 Subaru Crosstrek.