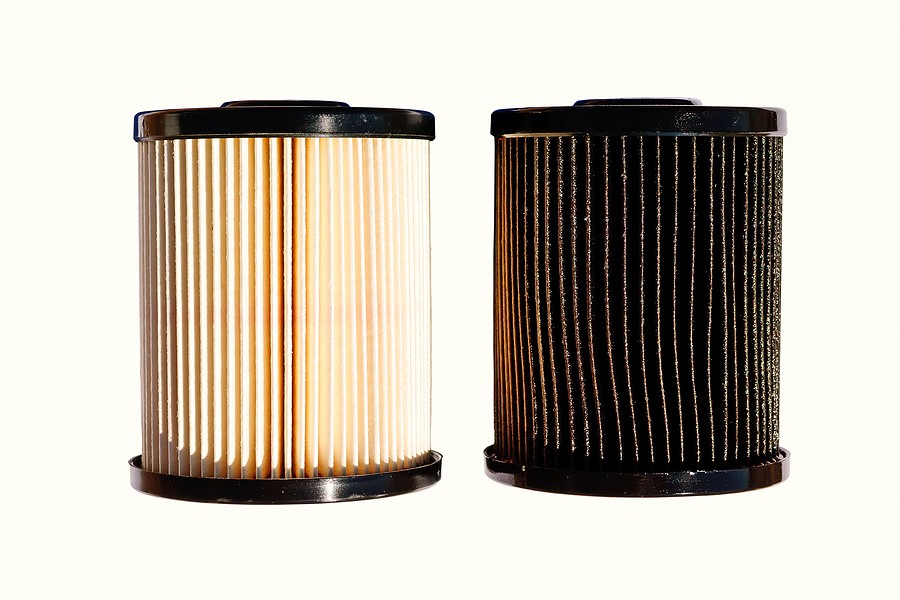 Nearly every driver is aware that not only do they need to change the oil routinely in their vehicle they also need to change the oil filter. Filters are key for ensuring that the liquids in your vehicle flow as cleanly as possible through the system. And just like your oil filter removes impurities from the engine oil, you have a fuel filter that does the same for your fuel line. Unfortunately, most drivers don't give this a second thought because it's not nearly as visible as an oil filter nor is it something that most people think of when they consider the routine maintenance that their car needs to undergo. However, because it is a filter, it's definitely going to get clogged with debris and contaminants eventually, so it will need to be changed if you want to keep your fuel system working as well as it can.

When your fuel filter starts to go bad on you because it's been too badly clogged, there are definitely some signs that will alert you to this problem. The longer a clog goes in your fuel filter, the worse it's going to get. Eventually it can prevent the fuel from flowing to your engine at all. With that in mind, here are the most common symptoms that you need to be aware of that can alert you to a clogged fuel filter.

Symptoms of a Clogged Fuel Filter

The fuel filter in your vehicle is probably located underneath your car along the fuel line. In some vehicles it may be located in the engine bay but if you're curious you can check out your owner's manual or Google the make and model of the vehicle. In general, it's going to look like a small can of soda with the fuel line attached at either end of it. The inside of it features some simple paper filters that will allow clean fuel to pass through, but will stop larger particles. Consider it not too different from a coffee filter.

When the paper filter inside your fuel filter gets too clogged, your entire fuel system will begin to suffer some ill-effects as a result. It's worth noting that a fuel filter has a lifespan of about two years to 5 years, depending on the make and model of your car and of course how you drive it. That can translate to roughly 30,000 miles to 50,000 miles. Again, the best thing to do is check your owner's manual to find out what your manufacturer recommends for fuel filter maintenance. Although some of these symptoms could be caused by other problems, checking out your fuel filter first is definitely a good idea.

If you find that your engine is able to start, but that it takes a little bit of effort or if starts easily but then it shuts down and stalls on you unexpectedly, especially any time you stop your car at a light or stop sign, that's a potential sign that your fuel filter is clogged and your fuel is having trouble circulating through your system.

Misfires occur in your engine when the fuel and air mixture is not able to combust in the chamber when it's supposed to. There are many potential causes for engine misfires however if your fuel filter is clogged then that's going to prevent the correct amount of fuel from making its way to the injectors so that they can't spray fuel into the combustion chamber. The spark will occur, but the combustion reaction will not. That in turn causes a decrease in the power of your vehicle.

More often than not misfires caused by a clogged filter occur when you're putting increased demand on your engine. That means when you're towing something behind your vehicle or you're trying to go up a steep hill.

A fuel pump could break for several reasons, including a simple manufacturing defect but a clogged fuel filter can greatly contribute to this problem if not being the direct cause of it.  Because your fuel can't circulate easily when the filter is clogged your fuel pump is going to have to work extra hard to circulate fuel through the system. When the clog is bad enough and this happens for a long enough period of time the strain will simply be too great for your pump to handle and it will eventually fail on you completely.

You are going to find that you're having some serious problems with bad gas mileage if your fuel filter is clogged. This makes sense of course because a clogged fuel filter is preventing fuel from flowing the way you expect it to. The reason this happens is that your engine is going to increase demand for fuel since it's getting so little flowing. That means the pump is going to be struggling more to push fuel out faster and you actually end up burning through the fuel you use much more quickly than normal.

As long as you've been driving your car for a while, you should have a good sense of how it performs under normal conditions. Whether that's just doing some day today driving in the city or out on the highway you know how your car reacts when you put your foot on the gas. When your fuel filter gets badly clogged, you're going to feel a change in how your vehicle performs. The power is going to be significantly reduced and it will feel like it's not responding the way that you're used to. That can translate into things like problems accelerating, problems achieving normal speeds, and difficulty managing things like hills and so on.

If you have trouble getting your vehicle started that can potentially be related to a clogged fuel filter as well. If it seems like the car is struggling and the first one or two attempts cause it to crank but not really turn over this is because it's having issues getting the correct amount of fuel into the combustion chamber to start that reaction.  If you find yourself on a regular basis having to turn the key two or three times to try to get the car started, then definitely consider giving your fuel filter a look to see if it's a problem.

When you're driving at low speeds if you're noticing your car starts sputtering then you likely have a problem with a clogged fuel filter. This is usually something that occurs before you get to problems as bad as routine misfires or engine stalls. The sputtering is more of a threat of a stall then the actual shutdown on your engine. If you experience sputtering and then engine stalls, it is very likely a problem with your fuel filter.

One of the most frustrating symptoms of any problem in your vehicle is when the check engine light comes up on your dashboard. Of course it's helpful to know that you have a problem and we are all better off as drivers with a check engine light alerting us to problems, the only issue is that it doesn't really specify the problem that caused it to go off in the first place. Because there are literally hundreds of reasons a check engine light can come on, you wouldn't assume right off the bat that the fuel filter was the reason it showed up. For that reason, you'll need to have some of these other symptoms occurring before you will likely think this is the issue that you're dealing with.

If you don't want to deal with not knowing exactly why the check engine light went off on your dashboard there is one thing you can do that will help clue you into the nature of the problem. When you go to a mechanic with a check engine light, they use something called an OBD2 scanner to figure out what the problem is. You can do this yourself at home if you buy a scanner and make use of it when the light comes on your dashboard. An OBD2 scanner, also known as the on-board diagnostic tool, helps diagnose problems in your car more specifically than a general check engine light can. It will direct you to the system that causes the light to kick off in the first place. You can buy them for around $30 or $40 on Amazon.com, which makes it a pretty good investment if you are interested in doing any kind of home car repair.

When your fuel filter is clogged then obviously you need to swap it out and replace it with a new one. Typically, when you take your car to a mechanic to get this job done, you're looking at a repair bill that's going to be in the neighborhood of $100 to $150 for parts and labour. It's definitely not the most expensive repair job that you're ever going to experience, and that's thanks in part to how cheap a fuel filter can be.

For the parts themselves, fuel filters are incredibly cheap. Like spark plugs, you can get new fuel filters for just a few dollars depending on the kind you need. On AutoZone you can find some fuel filters for as little as about $5. Of course, some higher-end fuel filters will be around $50. The most important thing to remember when getting a new fuel filter is getting the exact right fuel filter. If you do not have the precise filter to fit your vehicle, it will simply not work. It could be some wasted money and wasted effort.

Can I Replace my Own Fuel Filter?

Replacing a fuel filter yourself is definitely an option and it's actually not that complicated if you want to get the job done on your own.  As you can see from the cost that a mechanic will charge you to get it done, the job itself is only going to take about an hour to get done, maybe a little longer if you're not familiar with doing it.

If you do feel like saving yourself a bit of money and handling this repair job on your own there are plenty of guides online that can walk you through the process of replacing your own fuel filter. In fact, Cash Cars Buyer has a walk through that you can read right here that will explain the process of swapping out your fuel filter for a new one in just 13 easy steps.

If you're more of a visual kind of learner there are a lot of videos that you can watch on the internet that will show you the process of replacing your fuel filter as well. Many of these are made by skilled mechanics who have decades of experience working on cars, so you can be confident that you're getting advice from a qualified professional. This video here explains in pretty good detail what to do and also why you need to get your fuel filter changed.

A fuel filter is an often-overlooked part of your vehicle that should be included in the routine maintenance you are doing to make sure your vehicle is running as well as it can. Unfortunately, because of the fuel filter location, many drivers will ignore this or forget about it because it's out of sight and not the kind of thing we hear about all that often.

Keeping your fuel filter clean is important for ensuring that you get the most out of your vehicle including saving money when it comes to fuel cost and potential repair cost for damage that can happen as a result of frequent misfires and other issues associated with your fuel not being able to circulate properly.

If you're feeling like your vehicle isn't performing the way it used to, and there are no other clear signs of things failing under the hood, just keep in mind that your fuel filter may have run its course, especially if you haven't had it changed in a couple of years.