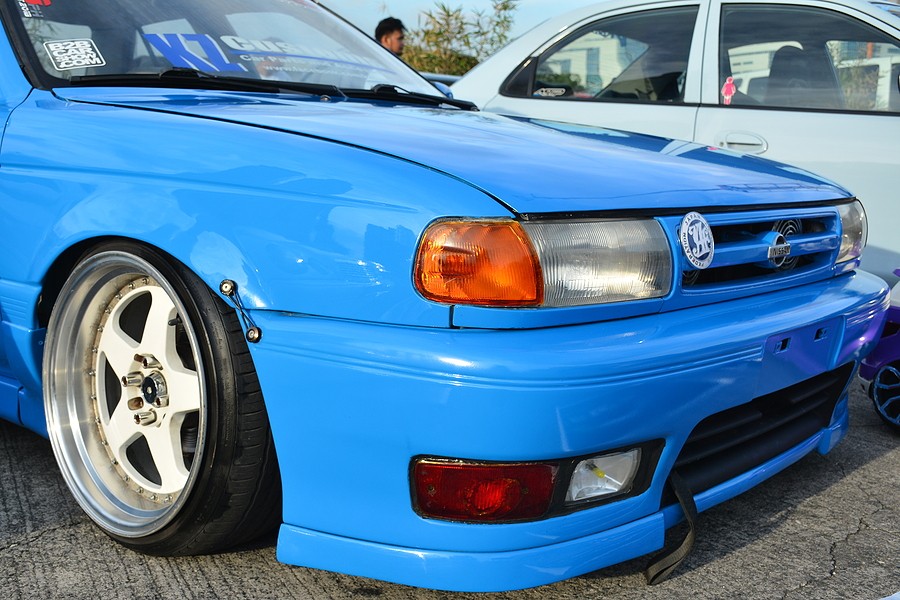 The Nissan Sentra is a car produced by Nissan since 1982, with the car originally being a subcompact classification, and was reclassified as a compact car in the model year 2000. Until the 2006 model year, the Sentra was an export version of the Nissan Sunny, but was rebadged as the Nissan Sylphy B17.

Nissan is known for making reliable and popular cars. However the same might not be able to be said by the Nissan Sentra, with me of these car models having problems before it reaches 100,000 miles.

The top complaint regarding the Nissan Sentra includes the engine, while the NHTSA also lodged over 160 complaints regarding the same category. The main user issue involve the high oil consumption, the engine failure. The gas pedals sticking, the car not accelerating, the head gasket blowing, the service soon light turning on, the check engine light turning on, the dipstick melting, the engine stalling and shutting off while driving, and the car having a hard start when cold.

The top category of complaints regarding the 2004 Sentra include the engine category, with the highest number of complaints involving the engine as well. The top problems involve the blown head gasket, the engine taking multiple cranks to start, the car consuming excessive oil, the car losing power, the rattling while accelerating, the squealing noise in cold weather, the car stalling while driving. The typical repair cost comes out to around $1,670 and occurs at an average of around 87,000 miles.

The 2005 Sentra had the main problem category of the engine system, with the second top category complaint dealing with the fuel system. The top complaints regarding the engine deal with the blown head gasket, the check engine light coming on, the car idling rough, the car stalling and the engine light flickering, the crank sensor going bad, the engine misfiring, and the starter blowing. The typical repair cost for these issues comes out to around $1,310 and occurs at around 77,000 miles, with the most common solution being to replace the head gasket.

The fuel system problems focus on the fuel pumping out, the gas tank ventilation not being able to pump gas, and the car having an evaporative leak, with the typical repair cost coming out to around $400 and occurring at around 83,000 miles, with the most common solution being to replace the fuel pump.

The 2006 Sentra had relatively few problems from the previous year but focused on the engine and the body and paint issues. The NHTSA also cited the most complaints regarding the engine, with the most user complaints regarding the difficulty starting, engine failure, and excessive oil consumption. The hard starting usually occurs at around 60,000 miles, with users stating that the car takes multiple times to turn over, and the car having difficulty starting.

The NHTSA airbags and seat belt complaints have caused 11 crashes, 1 fire, 14 injuries, 2 deaths and occur at around 87,000 miles, with workers asking that the tire pressure stays on during use, the airbag light staying on, the buttons all being flashing while driving the car, ad the seat airbags potentially deploying without warning or impact.

After two years of relatively few problems when compared to the 2005 model year, the 2008 Nissan Sentra had more problems than previous years. The top category of complaints deal with the wheels and the hubs, with the top user complaints focusing on the low tire pressure light, the rims being rusted, the finish peeling off of the hubcaps, and the rims failing. The typical repair occurs at around 30,000 miles and has many user complaints.

The main issues of the steering system in the 2012 Sentra focus on the car pulling to one side and the car making a clunking noise when turning, with the car having an average mileage repair cost of around 20,000 miles, with users stating that the car constantly pulls while driving.

The NHTSA complaints regarding the brakes system focus on the brake failure, noise from the brakes, the electronic stability control, the hydraulic service brakes, and the traction control system. The typical repair cost of the brake issues is around $3,000 and occurs at around 44,000 miles, with the most common solution being to replace the mastery cylinder.

One of the first recalls regarding the Nissan Sentra involves the exterior lighting with the recall in 2006, with certain headlights, bumpers, and side marker lights that are used on the passenger vehicles not being equipped with amber side reflectors to fail to conform to federal motor vehicle safety standards.

A recall a few years later involves the equipment, focusing on the electrical navigation system. Issan recalled certain vehicles that contain the Garmin Nuvi Model 750 navigation system, with the batteries in the affected GPS potentially overheating, causing the potential for a fire.

Another recall a few years later dealt with the airbags, with the occupant classification system at the front passenger airbag. The Nissan is recalling certain model years, specifically the 2013-2014 Nissan Sentras, with the affected vehicles receiving an incorrect occupant classification system that might incorrectly classify the front passenger seat as empty when it is actually occupied by an adult.

The pros of the 2020 Nissan Sentra include the various standard active safety features that keep the car reliable and the occupants safe and also the modern interior design that is nice inside of the vehicle. The cons of the Nissan Sentra involve the cramped rear headroom, the uninspiring engine and the lack of performance in the transmission, and the hard to use the infotainment system.

The Honda Civic is a better compact car than the Sentra when compared in all categories. The Civic offers a variety of powertrains,s including turbocharged and high-performance options, as well as manual transmission that offers controlled handling of the car. The Civic also delivers smooth and file handling, in comparison to the Sentra's lackluster driving dynamics.

Inside the Civic, the material and the interior quality are high amongst the class. You can also get the Honda Civic as the hatchback option, which offers plenty of cargo space. Most of the Serra's pros and the strengths include a variety of safety features.

The Toyota Corolla earns a higher score ranking in this class for the high predicted reliability and safety rating and the inclusion of standard features, including safety technology and infotainment amenities like AppleCar Play. Both of these cars have similar drawbacks, with similar issues like a lack of performance engine power, the unresponsive transmission, and the limited headroom.