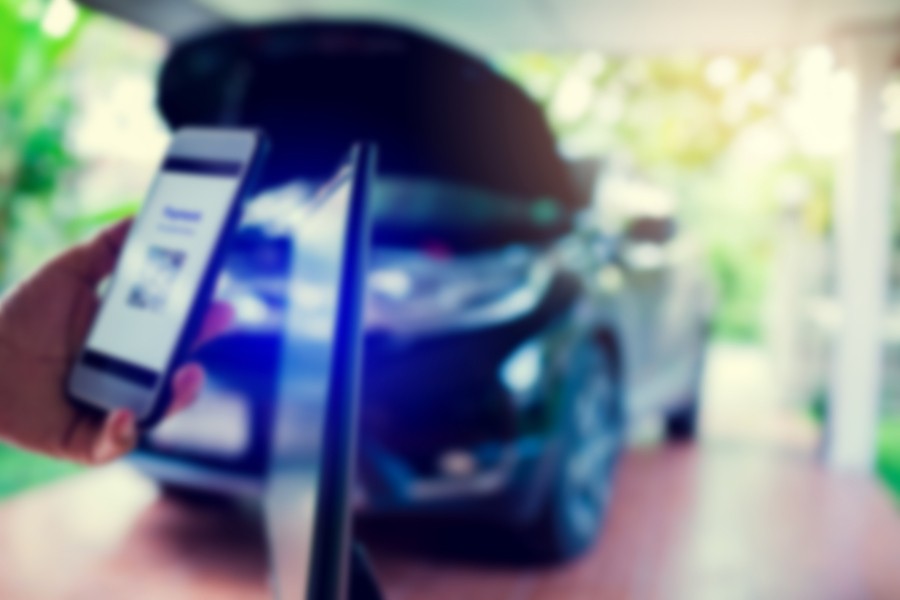 In order to understand how this code can affect the camshaft in your car, it is key to know what the code means, what causes the code, and the symptoms of the p0014 code. The camshaft in your vehicle is the mechanism that uses the cams, which are like lobes, to push the valves to open them as the camshaft rotates. This job is very important and has significantly impacted the performance of your engine at the varying speeds you drive.

The p0114 code is the OBD-II generic code that the engine control module, which is the computer of your car, has decided that the exhaust camshaft is more advanced than what the electronic control module determined it to be. This condition can cause the retarding of the camshaft timing, and has the timing occur at the wrong time.

The electronic control module is the onboard computer responsible for your engine running at the best performance and for letting you know when something is wrong with the timing of your engine or crankshaft. This is the embedded system that is used to control the functions of the engine system that is within the car.

The P0014 code means that the Camshaft Position B – Timing Over-Advanced or System Performance in Bank 1. Bank 1 refers to the side of the engine that contains the number one cylinder and is the opposite of the engine side of Bank 2. The front most cylinder on the engine is housed on Bank 1, which contains a respective oxygen sensor.

The most popular method of controlling the camshaft timing is the timing chains. These link belts are made of metal links connected to form a chain, with the chain links sliding over the sprockets to both the camshaft and the crankshaft. The other method of timing chains are roller chains that are made of pins and axles forming a bearing between two links, letting the chain spin freely.

The second method of controlling the camshaft timing that can affect the p0014 code are gear drives. This design users gears to propel the camshaft instead of using a chain. Similar to the mechanism of chains, gears have different styles, with one style having a center set of gears, while the other is just mounted in position.

The last way to control the camshaft timing in your engine that can change how the p0014 code works is the belt drives. Belt drives are mostly used in high end racing applications with either tension fit or an idler pulley.

First, the initial cause of a p0014 code in your vehicle is the exhaust camshaft has advanced too far forward when the electronic control module has told the camshaft to retard to a lower timing level. This means that the camshaft has gone too far and has gone past the proper timing. Advancing a camshaft from its position too far forward can cause all of the valves to open in your vehicle. A camshaft advancement can cause each opening to occur sooner than before, changing the ability of your engine’s cylinder to build the right amount of pressure. If this occurs, the camshaft advancement will affect the cylinder pressure and cause the intake valve to close sooner than the compression stroke.

Second, another cause of the p0014 code occurring in your vehicle is that the oil viscosity is excessive and causes the passages to become clogged over time, meaning the oil flow that is flowing both to and from the camshaft phasers to be restrictive. Oil viscosity is the most important property within the liquid, having a huge impact on the wear protection and your engine is designed to operate at the proper viscosity for your vehicle. The pressure hta the oil has is squeezed between moving parts can cause a viscosity loss or can cause excessive viscosity and turn on the p0014 code.

The last reason that the p0014 might come on in your vehicle is that the oil control solenoid to the bank 1 camshaft might be shorted and stuck in the open position. An oil control valve, which is also referred to as the VVT solenoid, is the part of the variable valve timing system in the oil and gas system within your car. If your solenoid is bad you will be able to tell.

Having a poor oil control solenoid in your car can turn on the p0014 code, and might occur be noticeable because of one of these three reasons. First, there might be poor fuel economy, meaning your gas mileage is much lower than it usually is with the same fuel amount. The main purpose of the variable valve timing is to open and close the valves at the right time to reduce the consumption of fuel. If the valves are not working and the solenoid is not working properly, the whole system could result in the exhaust valves opening and closing at the wrong time.

In addition, the p0014 code might turn on due to an oil control solenoid acting faulty and cause the rough engine idle in your car. This system will be activated when your car’s RPM is higher than normal, turning on the variable valve timing system. However, with a faulty solenoid, the engine will idle rough and cause a reduction of power.

In your vehicle, when you notice that something is wrong, there are usually signs that can clue you into the root cause of the problem. Regarding the p0014 code coming on in your car, there are key signs to notice as the driver in order to fix the issue.

The mass airflow sensor is one of the key components of the electronic fuel injection system in your car and is located by the air filter. It is in charge of monitoring and analyzing the volume and density of the air entering your car’s engine through the intake system. This sensor is a huge part of what can cause the check engine light and the p0014 code to turn on, along with the oxygen sensor, which monitors the amount of oxygen in your car’s exhaust system.

Second, the engine might start hard if the camshaft is stuck in a position that is too far advanced. In addition, the fuel mileage will be compromised and the fuel economy will be much lower due to the fact that the camshafts will not be in the proper positions for efficient fuel mileage.

Furthermore, the engine might run rough or stall depending on the precise position of the camshaft and the camshaft sensor. A rough idling engine can be caused by various issues in your vehicle. A common cause is a loose or broken vacuum hose that can wear down easily over time and cause abrasion or loosening. Secondly, you can also have rough idling caused by clogged filters. Debris and other components can get caught in the air filter and the tubes. Furthermore, there can also be something wrong with the electrical system, turning on the p0014 code and causing the engine to run rough. Bad spark plugs or wires are common causes of rough idling.

Lastly, the engine emissions will cause the vehicle to fail the emissions tests. There Are four common reasons a car can fail an emission test and be a symptom of the p0014 code in your car.

First, there might be a bad o2 sensor. If your oxygen sensor malfunctions, it can’t properly monitor and analyze the amount of exhaust and might cause problems like overheating, loss of engine power, and poor acceleration. In addition, a rich fuel mixture might occur if your car is burning too much gasoline and leaking fuel injectors. Furthermore, bad fuel metering can mean there is an improper amount of air to fuel mixture and bad ratio. Lastly, a faulty EVAP system, also known as the evaporative emission control system, prevents the release of gas vapors into the world.

In order to determine the p0014 code, you should bring your car to a mechanic instead of doing the fix and analyzing yourself, as this requires proper tools and a knowledge of the camshaft mechanism.

When you first bring your car to an auto body shop, the mechanic will perform a visual inspection of the connector, wiring, and the valve and look for any issues with the bank 1 exhaust camshaft. After this inspection, the mechanic will check the engine oil level and the condition of the oil to see if the level is full and if the viscosity of the oil is correct for the specific car.

After the oil is monitored by the mechanic, they will scan and take note of the engine codes and view the freeze frame data to see when the code was set and what conditions caused it to occur. Once this is complete, the mechanic will clear all codes and then run the engine to see if the p0014 code returns and the failure are still present in your car.

The last two steps include the mechanic monitoring the timing data while disconnecting the OCV to the exhaust camshaft in order to see when the timing changes. A change would show that the valve is working correctly and the problem is in the electrical system or the wiring.

The last step has the mechanic perform a manufacturer's specific pinpoint test for the specific P0014 code and do the repair as needed. Make sure you follow the pinpoint test to narrow down the problem, since engine tests and the damage might be done if the tests are not performed in the right way.