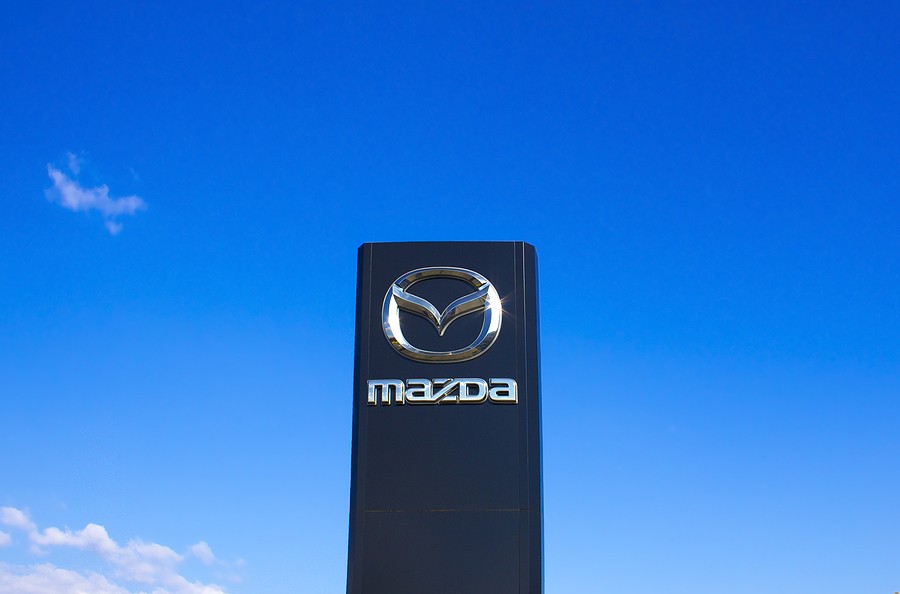 The Mazda 626 was first used in the 1970 model year and stayed in production from Mazda for over 3 decades. Designed originally to compete against other similar cars like the Honda Accord, Toyota Corona, and Ford motor vehicles, the Mazda 626 was also called the ‘Mazda Capella.’

Spanning over six generations, the Mazda 6 was a popular vehicle on the market, offering compact class size and a mid-size layout after 1987. Despite the popularity, the Mazda 626 has had safety and reliability concerns throughout the years – especially focusing on the Mazda engine repair cost.

The worst model years of hte Mazda 626 are the 1998 model due to the severity, prevalence, and a number of issues, with the most-reported problem being the transmission failure in the 1998 Mazda 626. The worst categories of concern are the transmission, engine, cooling system, and exhaust system.

SkyActiv technology is a mechanism that increases the fuel efficiency of the car and engine performance. Despite using this technology to reduce emissions and reduce fuel consumption, the Mazda CX-5 had its fair share of concerns regarding engine reliability and a high Mazda engine repair cost.

The worst model years of the Mazda CX-5 are 2013, 2014, and 2016 years. The 2016 has the most-reported issue of the daytime-running LED, causing electrical failure, also making this the least reliable and worst model in terms of owner reviews.

To fix the faulty oil filter screen, the most common solution is to replace the faulty oil pressure sensor at just below 2,000 miles, making this a very early-on problem that can lead to a high Mazda engine repair cost if left untreated.

Furthermore, fixing the excessive oil consumption typically occurs at around 62,000 miles, with owners stating that the car is in a non-operating condition and the engine does not perform as it should.

Equipped with a variety of engine types like the 2.3-liter MZR L3-VDT turbo l4, 2.5-liter MZR L5-VE l4, or the 2.2-liter MZR-CD l4 diesel, this type of vehicle has many performance capabilities. However, this car is prone to engine difficulties, resulting in a higher Mazda engine repair cost for your Mazda CX-7.

Other concerning categories in the 2007 Mazda CX-7 include the engine, AC and heater, lights, and transmission. The 2007 Mazda CX-7 has been the subject of many NHTSA complaints. Owners and companies citing the variable valve timing and timing chain fail during use, causing irreversible damage to the engine – creating an expensive Mazda engine repair cost.

Furthermore, the AC compressor fails at a low mileage as far as air conditioning and heating problems go. Owners reported seeing smoke coming from the exhaust and report of the serpentine belt catching fire when the AC compressor clutch malfunctions while driving.

Replacing the engine timing chain is an expensive fix, with the most common solution being to replace the entire mechanism at around 80,000 miles for nearly $2,700. Owners state that the car sounds very loud while driving, the car has trouble accelerating, and the VVT and timing chain catch during use.

The other severe problem in the 2007 Mazda CX-7 is the turbo going out during use, causing the owner to replace the entire turbo mechanism at around 87,000 miles and costing the car owner nearly $3,000. Owners state that the car has trouble accelerating quickly to a higher speed, resulting in a sputtering and jerking car.

The Mazda CX-9 is a mid-size crossover SUV that was first manufactured in 2006 for the 2007 model year – and continues to be in production today. The body style is a 5-door SUV and comes in either a front-wheel-drive or all-wheel-drive layout. In the second generation, this is a popular car on the market – but not without its problems of a high Mazda engine repair cost.

The top categories of concern are the engine, brakes, wheel and hubs, electrical, and suspension in the 2008 Mazda CX-9. The main engine concerns are the water pump failing, the leaked coolant entering the oil, the ignition coils failing, and the car dying while driving.

Fixing the water pump failure costs nearly $4,000, with owners stating they have to replace the entire unit with a rebuilt or used engine at around 102,000 miles. Unfortunately for Mazda CX-9 owners, replacing the engine is the only fix to solving this issue, resulting in an expensive Mazda engine repair cost.

The Mazda3 is a compact car that was first introduced as the 2004 model and is still in production today. Available in either a 4-door sedan or 5-door hatchback, this car is the fastest-selling vehicle in the company’s history, reaching an impressive 6 million units sold. However, this does not mean it is without its concerningly-high Mazda engine repair costs.

The worst model year of the Mazda3 is by far the 2010 option, with the year having the most-reported issue of clutch failure and the most severe concerns. In addition, the top three problems across all of the model years of the Mazda3 focus on the clutch failing and the gears grinding in the 2010-2012 years.

In the 2010 Mazda3, the most concerning categories focus on the clutch, interior accessories, wheel and hubs, body and paint, and the engine. Ownes state that the car continually revs high during use. The car unintentionally accelerates while braking, the car chokes after firing up, the engine stalls and dies while driving, and the valve VVT system fails.

Owners state the high revving can be fixed by replacing the throttle body at around 11,000 miles and costing owners around $630 to fix. This is a relatively inexpensive Mazda engine repair cost.

The Mazda6 is a midsize car produced from the model years 2002 until the present, with this car type was first marketed as a stylish and insightful design compared to Mazda’s previous offerings. Offered in either a front-wheel-drive or all-wheel-drive layout, this Mazda6 vehicle was very popular on the market, selling faster than all previous models. Despite this worldwide popularity, the Mazda6 has had a reputation for a high Mazda engine repair cost.

The worst model years of the Mazda 6 includes 2009. 2014, and 2016 years, with 2009 having the most-reported problem of the dashboard melting, and the 2014 often being considered the least reliable and underwhelming out of the bunch. The worst problem categories in the 2014 Mazda6 is the transmission, interior accessories, engine, and windows or windshield.

The engine concerns focused on the engine knocking, oil leaks, serpentine belt malfunctioning, and unintended acceleration while your foot is on the brake. Fixing the knocking sound usually occurs very early on, at around 600 miles, and requires the owner to pay a left engine repair cost.

The Mazda Tribute is a compact SUV produced by Mazda from the model years 2000 until 2011, with the car having a front-wheel-drive or four-wheel-drive layout. Developed together with Ford and based on the Mazda 626 vehicle, this Mazda TRibute was a cheaper option for those looking to buy the Ford Escape.

With two generations, the Mazda Tribute reached its peak sales year in 2002. However, the Tribute soon declined and saw owners staying away from purchasing the vehicle due to the high Mazda engine repair cost.

The worst model years of the Mazda Tribute are the 2001, 2005, and 2008 years, with the 2005 having the most-reported problem of the wheel well area completely rusting after use. Furthermore, 2001 is often considered the worst model year due to the severity of issues, while the 2005 Tribute has the most overall complaints.

In the 2005 Mazda Tribute, the top categories of concern are the body and paint, engine, suspension, and transmission. Owners cite concerns regarding the engine misfiring, the engine losing power while driving, the engine light turning on, the motor mount breaking, and the engine rod knocking.

Fixing the engine misfiring in a 2005 Mazda Tribute can lead to an expensive Mazda engine repair cost. Owners have to replace the ignition coils or the PCU, with the typical repair cost coming to around $1,230 and occurring at around 82,000 miles.

Mazda recalled thousands of their vehicles in 2019 due to a problem causing the engine to stall unexpectedly. The car manufacturer recalled over 262,000 SUVs and cars produced in the United States to fix the software issue, which could lead to a high Mazda engine repair cost and future safety issues.

The recall covered specific Mazda6 vehicles, CX-5 SUVs, and Mazda3 cars from 2019. If you need to replace the engine in your Mazda vehicle, you can expect to pay around $3,075 on average to fix this issue.