2016 MAZDA CX-5 PROBLEMS Everything You Need To Know 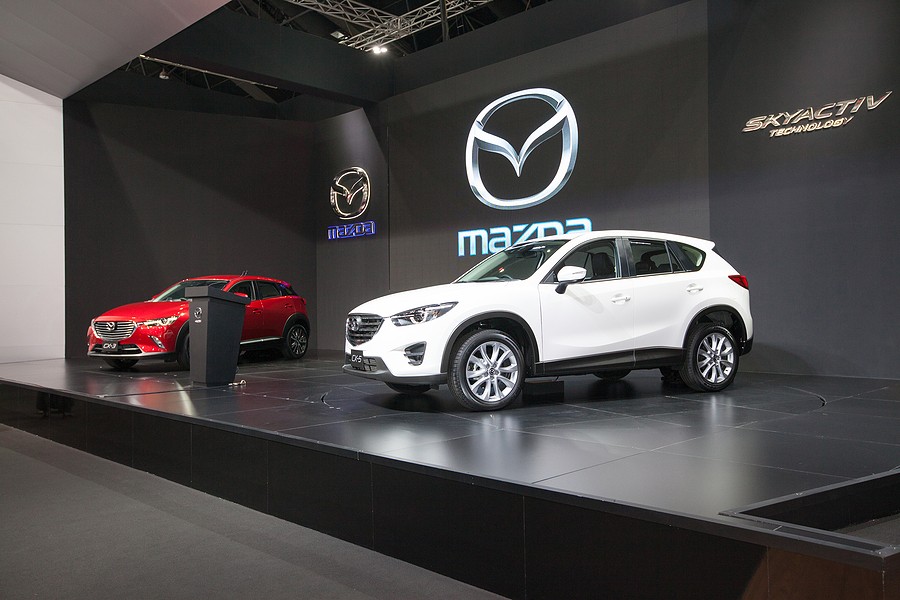 2016 Mazda CX-5 is the fourth model year for this company. In general, earlier model years receive the most complaints from customers since they are expected to have the majority of the problems. However, this 2015 Mazda CX-5 was ranked as the worst model year for this company due to the high reported complaints by current and previous owners to the carcomplaints.com website. This website is meant to help current owners share information about any problems they face during the lifetime of their vehicles.

Although there is a long list of reported problems about the 2016 Mazda CX-5, this doesn't mean that the vehicle is terrible. This car was featured several times on many websites for the great features it has. For instance, according to cars.usnews.com, the 2016 Mazda CX-5 was ranked as one of the top 2016 affordable compact SUVs, SUVs with 2 Rows, Crossover SUVs, and more.

The goal of this article is to educate current 2016 owners about what type of mechanical problems they might face, what are the different repair options, and what are the expected costs. Furthermore, we intend to help new buyers make a good decision about whether to buy the 2016 Mazda CX-5 or not. This decision should be based on extensive reviews about all sorts of problems the vehicle faces.

In this article, we first start with a quick high-level overview of the main characteristics of the 2016 Mazda CX-5. Then, we discuss in detail the most reported complaints from different categories along with information about the mileage at which the problem mostly occurs. Finally, we summarize the ranking each problem received in terms of severity.

Before we jump into the 2016 Mazda CX-5 problems, we would like to provide an overview of the main features of this vehicle.

As we mentioned earlier, the 2016 Mazda CX-5 is the fourth generation for this company. The car was ranked as the second top affordable compact SUV and SUVs with 2 Rows, according to cars.usnews.com.

The car is featured for its great riding experience, the relatively good gas mileage, and the user-friendly cabin technology. With this new update to the Mazda CX-5, the car came with a very nice exterior update, new Bluetooth phone and audio, rear cross-traffic alert, and other very cool features.

According to Kelley Blue Book, the Manufacturer's Suggest Retail Price (MSRP) starts at about $22,615.

You are moving now to the main problems you might face if you own a 2016 Mazda CX-5. This section summarizes the most reported problems for this vehicle to carcomplaints.com.

According to carcomplaints.com, about 131 complaints were reported regarding mechanical issues with the 2016 Mazda CX-5. The majority of reported issues for this vehicle have to do with either the lights, windows, brakes, interior, transmissions, electrical system, and others.

Lights issues are the most reported problems by the 2016 Mazda CX-5 owners. These problems are mostly related to daytime light failure, blinker damage, and running light out.

Another problem frequently reported regarding the 2016 Mazda CX-5 lights is issues with the blinkers. Although all other parts in the vehicle were working just fine, the blinkers stopped working for no clear reason and without any warning signs. while the website did not include information about repairs options or repairs cost, vehicles who had the same issue were at 45,000 miles, and the problem was ranked as “Really Awful.”

The last problem we would like to highlight here is passenger light running out continuously. At least one owner showed great frustration from this light running out despite continuous repairs. The website did not include information about repair options or repair costs. This problem was reported by a vehicle at 60,000 miles, and it was ranked as “Definitely Annoying.”

The second most reported problem category for the 2016 Mazda CX-5 has to do with continuous windows problems with a total of 25 complaints. These complaints were mostly related to the broken windshield, the noise coming from windows, exploded sunroof, and windows rattling.

Several owners reported that their windows windshield broke easily despite good use of the vehicle. The problem was resolved by replacing the windshield with a better quality one for about $440. The problem was mostly reported by vehicles around 19,000 miles, and it was ranked as “Pretty Bad.”

Other owners mentioned that their windows keep making weird loud noises any time they pull them up or down. While the website did not indicate information about repairs or repair costs, the vehicles who had the problem was relatively new and at only 3,000 miles. this problem was ranked as “Pretty Bad.”

At least two owners reported sudden sunroof explosion without any warning signs or heavy use to the sunroof. The problem was resolved by replacing the sunroof for about $100. This issue was reported by vehicles around 22,000 miles, and it was ranked as “Pretty Bad.”

The last reported problem regarding the 2016 Mazda CX-5 windows has to do with some rattling coming from the windows during driving. The complaint came from one vehicle at about 4,550 miles and was ranked as “Pretty Bad.”

Following lights and windows problems, the third most reported problem with the 2016 Mazda CX-5 has to do with the vehicle's brakes. Brakes complaints were reported 25 times to carcomplaints.com from different owners at different locations. These problems had to do with premature brake wear, brake not functioning, weird noises, and clicking sounds.

More than ten complaints were reported regarding brakes wearing too fast and causing several problems with the vehicle. Every time brakes are worn, the owners had to replace them for about $660. This problem was reported mostly by vehicles at about 30,000 miles, and it was ranked as “Fairly Significant.”

Another group of owners reported that their 2016 Mazda CX-5 would slam on brakes without any reason and despite the regular maintenance. The website did not indicate information about repair options or repair costs. This problem was mostly reported by vehicles at 19,000 miles and was ranked as “Really Awful.”

Finally, multiple owners mentioned that they hear squeaky or ticking noises every time they press the brake. They did not include information about repair options or repair costs; however, their vehicles were at about 22,000 miles, and the problem was ranked as “Definitely Annoying.”

The majority of the internal complaints had to do with issues with the infotainment system that it won't boot up. The problem was resolved by replacing the unit for about $1,700. This issue occurred mostly at vehicles around 50,000 miles and was ranked as “Pretty Bad.”

Following the infotainment issues, multiple owners reported problems with their Bluetooth not working properly. Others had a hard time dealing with clock malfunction and digital radio skipping. All these reported issues did not include any information about repair options or repair costs. The majority of vehicles that experienced the same problem over and over again were at 7,000 miles. these problems were ranked as “Definitely Annoying.”

In this section, we group the less frequently reported problems with the 2016 Mazda CX-5. These issues have to do with the transmission, electrical system, engine, fuel system, body, and paint.

At least three complaints were reported regarding transmission not engaging at vehicles around 9,000 miles. These owners were frustrated as it is too early for this new vehicle to start having major transmission issues. The problem was ranked as “Really Awful.”

Another group of complaints indicated that the 2016 Mazda CX-5 might start rolling while parked due to significant issues with the transmission at 12,000 miles. this problem was also ranked a “Really Awful.”

Lastly, at least one owner mentioned that his 24,000 miles transmission keeps vibrating without a clear reason. While the problem was not associated with any clear mechanical issues, it was ranked as “Definitely Annoying.”

Luckily, very few complaints were reported regarding issues with the 2016 Mazda CX-5 engine. This is good news because engine problems can be costly and are considered the last thing any driver would like to hear about.

The 2016 Mazda CX-5 might have issues with faulty oil filter screens, excessive oil consumption, and revving when driving.

Similar to the engine's problems, very few issues were reported regarding the fuel system of the 2016 Mazda CX-5. The majority of reported problems had to do with problems with acceleration without intention, problems with the fuel filler pipe, and poor mileage.

The last problem category we would like to highlight here is issues related to the 2016 Mazda CX-5 body and paint.

Most reported complaints indicated issues with poor vehicle structure that led to some rattling noise.

The 2016 Mazda CX-5 is the worst model year for this company, as reported by the carcomplaints.com website. A website that allows owners to report complaints about mechanical issues with their vehicles during their lifetime.

The majority of reported 2016 Mazda CX-5 problems has to do with the lights, windows, brakes, and interior. Luckily, very few reported complaints had to do with the engine or the transmission.

Despite the high number of reported complaints, the 2016 Mazda CX-5 is still a very good vehicle and deserves the high ranking it received as one of the top 2016 Affordable SUVs, according to cars.usnews.com.

They intend to this article was to help educate current owners to expect what type of mechanical issues they will be involved in and what type of repair options and repair costs they can expect.

We also try to help new buyers make final decisions about whether to buy this vehicle or not.

PrevPrevious2012 FORD FUSION PROBLEMS– EVERYTHING YOU NEED TO KNOW!
NextJeep 4.7 Engine Problems – How Good Is The Jeep 4.7 Engine?Next