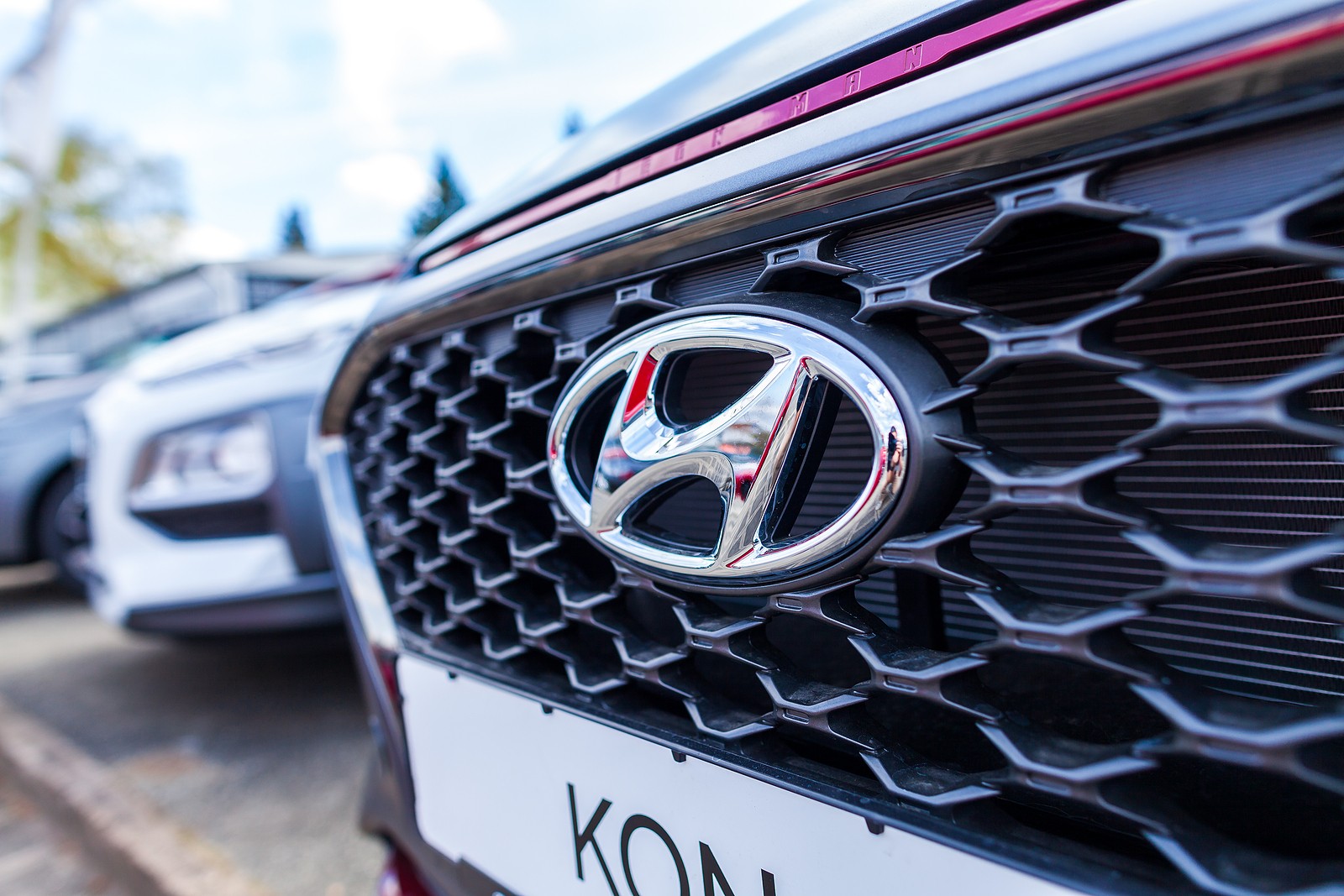 The Hyundai Kona is a five-door crossover subcompact SUV that is produced and manufactured by Hyundai, a South Korean multinational automotive manufacturer that was founded in 1967. The Kona was first debuted in 2017 and the production version was released the same year. The electric version, the Kona Electric or Kona EV, was first launched just the following year.

Both the electric and non-electric versions of the Hyundai Kona were the winners of the 2019 North American Utility Vehicle of the Year, the first winner for a subcompact crossover SUV in the history of the award.

Despite this award and the popular acclaim for this car, the Hyundai Kona problems have overshadowed some of the models at the beginning of production. The worst problem for this car is the Hyundai Kona electrical problems, while the 2018 has the most overall complaints, rated the worst model, and has the earliest onset of problems, the most severe issues, and the most prevalent issues that are occurring in the vehicle. The most  reported problem across all models is the blind collision warning stops working in the 2018 Hyundai Kona.

The 2018 Hyundai Kona was the first model of production for this car, after being debuted in 2017. This model, despite being innovative and leading to a better 2019 model that is award winning and receives critical acclaim, had numerous issues that we need to address. The main areas of concern for users deal with the electrical system, the exterior accessories, and the engine. The NHTSA mainly had complaints for the miscellaneous items, the body and paint, and the lights.

To do the repair, users need to disconnect the negative battery terminal and remove the rear bumper. Next, they have to remove the BCW after loosening the nuts of the mountain security. Then, replace the bracket when the bracket is physically damaged. Replace the extension wiring if it is damaged as well.

Next, the users would have to install a new blind collision warning system by installing the BSD unit and bracket, reinstalling the rear bumper, and connecting the negative battery terminal.

The second area of concern for users dealt with the exterior accessories, with the main issues being the auto sensing wipers not working and the windshield wipers stopping working while in use, creating a lack of visibility and a potentially dangerous situation for the driver to be in.

The NHTSA also issued complaints regarding the 2018 Hyundai Kona, with the highest number of complaints being in the miscellaneous category. These issues mainly focused on the car antenna breaking off while driving the air conditioning system smelling strange, the lights flickering on and off while in use, the blind spot warning light appearing for a long period of time, the FCA warnings coming on while driving, and the blind collision warning shutting off while driving at highway speeds.

The NHTSA complaints regarding the body and paint mainly dealt with the car antenna breaking off while driving at high speeds, the front passenger side of the car disconnecting from the frame, and the fiberglass piece that holds the driver’s side to the car breaking during use. Occurring at an average of just 7,400 miles, these issues are not extremely expensive, but happen very early on, showing the severity of these problems.

The last category of concern for the NHTSA dealt with the exterior lighting of the Hyundai Kona and generally occurred at an average of just 3,500 miles, which is extremely low. Users state that the car’s headlights were not sufficient for the highway safety check, the lights are deficient in the brightness, and the bright beam flashes while using.

The one user complaint regarding the electrical system deals with the alert disclosing if the trunk is not closed, with users stating that the car that alerts the trunk is not closed all the way prevents the car from opening. The main fix is to restart the car and then try opening the trunk again. Although this is inconvenient and annoying, it is not a severe issue, it does not require any maintenance, and it can be avoided by restarting the car.

The last area of concern in the 2009 Hyundai Kona revolves around the drivetrain, with the NHTSA citing 3 complaints about the powertrain. This deals with users stating that the car can slow down while on a hill and have trouble accelerating, the car slowly shifts between gears, the car accelerates very delayed while on a hill, the car shifts very slowly, and the car doesn't accelerate for 2-3 seconds after pressing down on the gas pedal.

A big question today is if the Hyundai Kona is reliable for drivers to choose and drive. Drawbacks directly related to the Hyundai Konda seem to be mostly stylistic, in the exterior styling in the latest models, or related to the limited cargo space within the latest models. These do not affect the dependability that was directly affected in the early production models.

If you are looking for a small and subcompact crossover SUV that is reliable and provides a dependable engine and transmission, then the Kona could be a  good choice for you, you and your partner, or you and your family. For the environmentally conscious, this is also a good option for you. If you want to save on gas and provide a high fuel economy, the Kona comes in the electric version.

Some electrical problems were apparent with the Kona in certain years, like we talked about in 2018 and 2019, but they mainly impacted the overall driveability solely in the 2018 model, and just had minor issues with the 2019. For example, if the cruise control is not working or the drivetrain has issues, it can be a drawback and cause a longer or tougher journey, but it might not be extremely severe, like if your engine or transmission fails.

However, if you are looking for a crossover compact SUV that will be able to help with carrying lots of cargo or towing heavy loads, this will not be the car for you. It is an agile and sporty SUV, but is not a powerhouse by any means. It won’t be able to replace the same capabilities as the pickup truck, carrying big items with ease. But if hauling or strength isn’t the main concern of what you are looking for, and you would rather have comfort, performance, and reliability, this could be a good and stylish SUV for you.

The debate of whether to purchase a Hyundai or a Toyota has been an argument for many years against car buyers and potential owners. This can be a hard one to decide on since they have similar performance features and styling across differing model lineups. The most important qualities of a car and a brand, like the affordability, safety, and reliability, are quite similar between these two brands. so  – which one is better for you? The Hyundai Kona or the Toyota?

The 2020 model for these car brands can vary depending on what the overall goal is. For this year and Toyota’s cars being manufactured, the company offers 17 different models, hybrid versions of 33 of Toyota’s cars, while Hyundai offers 20 variants on their model lineup, including the Hyundai Kona and the Hyundai Kona Electric version.

The Camry is the most popular model produced by Toyota, while the Hyundai Sonata wins out over the Kona due to the Hyundai Kona problems in the first year of production. Taking these two vehicles head to head, the Camry and the Sonata, you can see that the Toyota offers over 300 horsepower, while the Sonata has much less horsepower, coming in at just 190 in total.

The newest model of the Hyundai Kona, the 2020 version, has numerous pros and cons for this model year. The pros of the 2020 Hyundai Kona is a powerful turbocharged engine option available, composed handling for a smooth ride, upscale and stylish interior, and a straightforward infotainment system that has numerous features. The negatives and the Hyundai Kona problems include a small maximum cargo capacity and cramped rear seats that would not be comfortable for long journeys.

Even with these issues, the 2020 Hyundai Kona has balance driving dynamics, a strong engine, and ranks at the top of the subcompact SUV class compared to other options. The car earns 26-28 miles per gallon in the city, and 29-33 miles per gallon on highway driving. It is also offered in four wheel drive and all wheel drive for versatility, offering 147-175 horsepower.

The 2020 Hyundai Kona is ranked #1 in the subcompact SUV category, #9 in crossover SUVs, and #6 in the SUV with 2 rows category, earning a finalist award for the 2020 Best Subcompact SUV For the Money according to US News.

Should I buy the Hyundai Kona?

Despite the problems, notably in the first year of production of the Hyundai Kona, this model that is being produced now in 2020 is reliable, comfortable, and stylish, providing a top of the line compact SUV. This Kona provides smooth and sporty handling, a low base price compared to other models, and a stylish interior and exterior that is attractive and will appeal to many different shoppers.

However, if you are looking for more cargo space, this is still something that would be considered on the list of Hyundai Kona problems that have yet to be fixed.

When the Kona was first launched in 2018, there have been relatively few stylistic changes, besides some of the safety issues being addressed. For the following year in 2019, the previous optional safety features that were offered on the 2018 model became standard and inclusive, including the forward collision warning, the lane assist, and pedestrian detection. This helped to make the car safer, and helped to solve many of the problems that were present in the 2018 Hyundai Kona.

Since the car had been made safer from the 2018 to the 2019 model, the car changed only minimally between the 2019 and 2020 version. Overall, the 2019 and 2020 models are safe, reliable, stylish, and comfortable for many different people with various needs.